About 6 months ago, I realized that Tulip could no longer co-habitate with the rest of the family. Though weighing in at only 3 pounds, she was dominating our family and making our living conditions miserable. That’s when she moved to Mexico.
We bought a baby gate that separates our study and dining room from the rest of the house. Tulip lives in “Mexico” and we live across the border in the good ole “USA”. Even though the children have passports, they are not allowed to cross the border and enter foreign territory. Tulip is occasionally allowed to use her Visa and come to American soil (to eat and socialize with Andrew and me once the kids are asleep). Other than that, Tulip stays in Mexico and we’re in the US. This division of nations has solved many problems in our house and made things much more peaceful (see…I should work for the government…I am apparently great at foreign diplomacy).
On Friday, I noticed that Mr. Smith Shull was starting to get interested in our border and had scooted himself right on over to enemy lines. 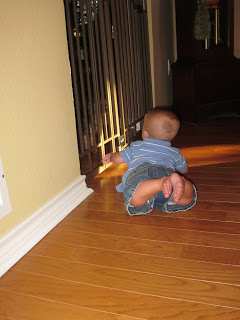 I had been folding laundry and when I returned, Smith was at the border. 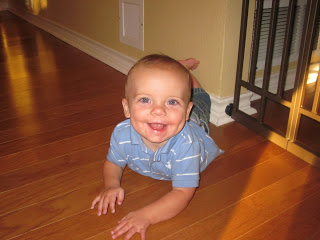 He’s so excited to see “the other side”. 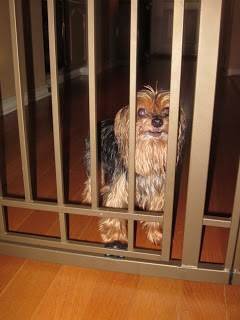 Tulip is not a fan of anyone coming near her border. She had scurried up to the front lines and was on patrol for illegals crossing into her country (but really Tulip, how many cross into Mexico?). 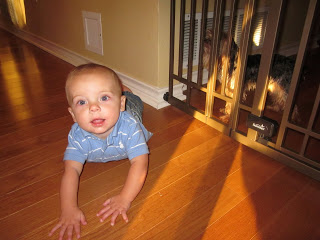 My two at the border.

I on the other hand, am currently typing this post from Mexico. I visit often to blog hop and check on my dog :). Love & Marriage Blog Series: About Us