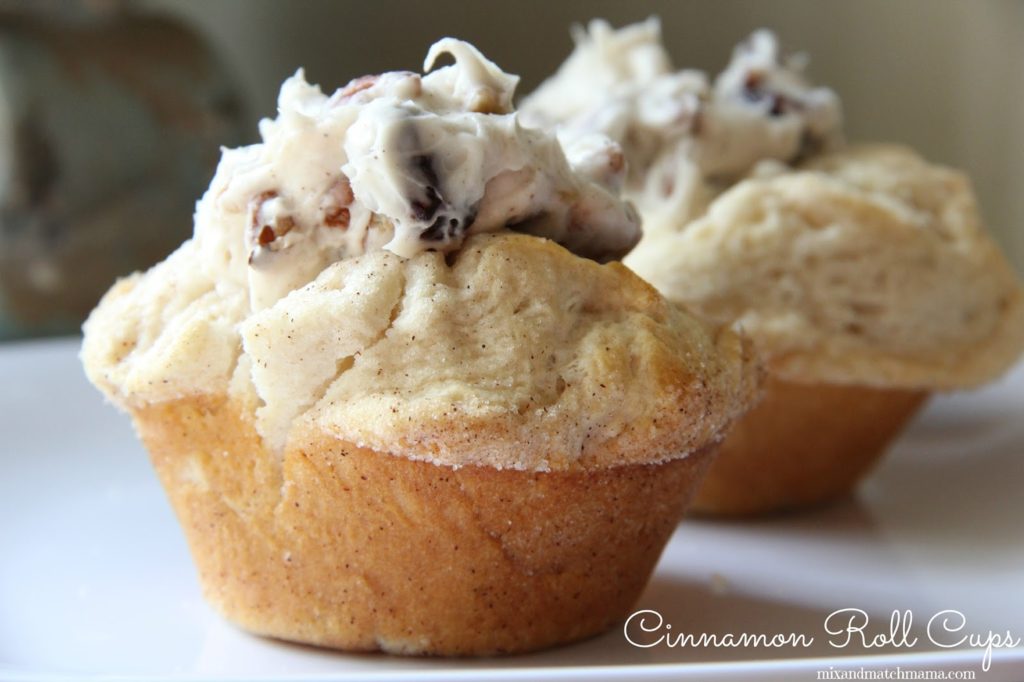 So, Cinnamon Rolls are a big deal at our house.  My kids love them, I love them…I mean, who doesn’t love them?  The other morning, I was going to make a Monkey Bread but then decided to try making something a little different instead.  I flattened each biscuit inside the muffin tin and baked…then filled it with a yummy cinnamon roll frosting mixture.  My kiddos (especially Smith!) were in heaven.  I had coffee, a Cinnamon Roll Cup and the new Boden catalog…I was in heaven too.
This recipe makes 8 cups.
Shopping List
1/4 cup granulated sugar
2 1/2 tablespoons cinnamon, divided
1 (16 oz) can of refrigerated canned biscuits (I used Pillsbury Grands)
1 (8 oz) package of cream cheese, softened
1 cup powdered sugar
1 tablespoon milk
a 1 1/2 cup combination of your favorite cinnamon roll toppings (walnuts, pecans, raisins, etc)
Preheat oven to 350 degrees.
In a small mixing bowl, combine sugar and 1/2 tablespoon of cinnamon with a fork.  Set aside.
Take each biscuit out of the can and flatten them out just a little bit.  Dredge both sides of the biscuits in your sugar mixture and then place in your lightly greased (I used Pam) 12-count muffin tin.  Push the biscuits down across the bottom and up the sides of each muffin cup.  After you have finished with all of your biscuits, bake about 12 minutes or until lightly browned.  Remove from oven and cool just a minute or two.
Meanwhile, while your biscuit cups are baking, beat your cream cheese, powdered sugar, remaining 2 tablespoons of cinnamon and milk with an electric mixer.  Once the mixture is nice and incorporated, stir in your favorite cinnamon roll toppings.  We stirred in a cup of pecan pieces and 1/2 a cup of raisins.
Once your biscuits have cooled just a minute, pop it out of the muffin tin.  Take a spoon and open up the inside just a little (they will puff up, so you’re opening it up).  Spoon filling into each muffin cup.
Serve warm and enjoy!
Weekend mornings have never tasted so good… 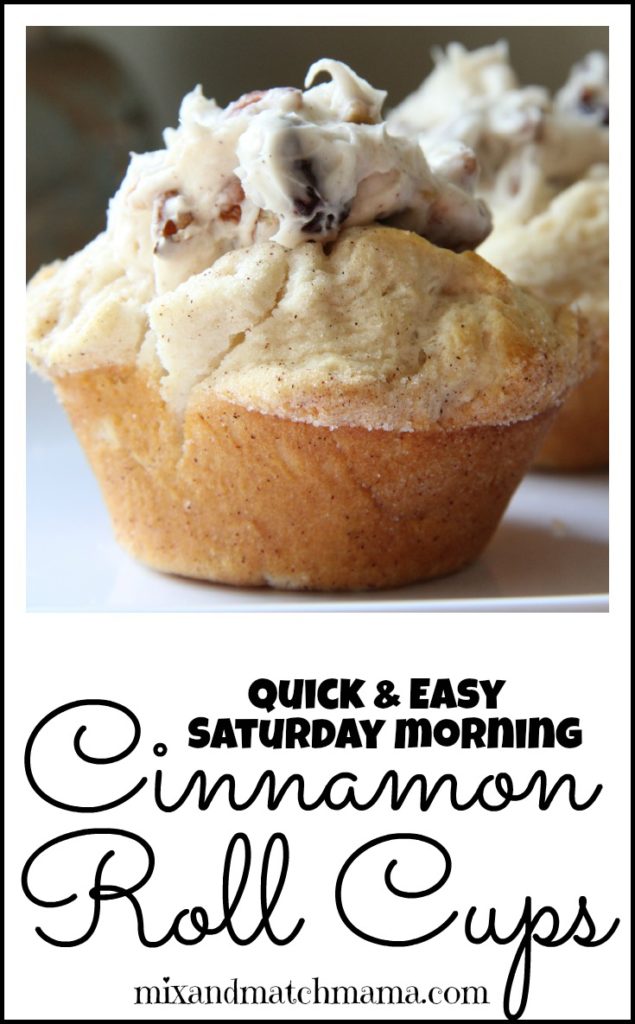