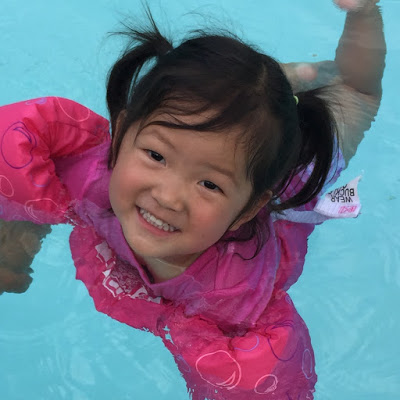 On Saturday, July 4, we celebrated having our Ashby six whole months!
Half a year down…and a lifetime to go. 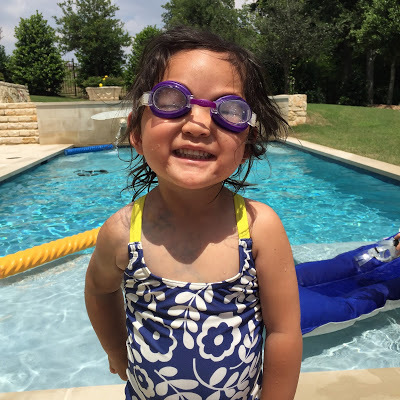 I mean…I loved her so much when we first brought her home.  I loved her and knew she was mine.  But now…I love her even more because I know her.  I really know who this little girl is…she has opened up to us and fully expressed her personality…so now, I love her really and truly for her…she is extremely lovable.
Ashby London is amazing.  Six months in to this and my heart is just so full.  I really don’t think I’ll ever stop being in awe of this situation.  God took a child found in a box and moved the pieces to unite her with a family way over in McKinney, TX (who at the time of her birth, didn’t even really think they would ever adopt).  Adoption is hard, it’s complicated, it can be expensive, it’s born out of loss and devastation…but it’s awesome too. Adoption is awesome. 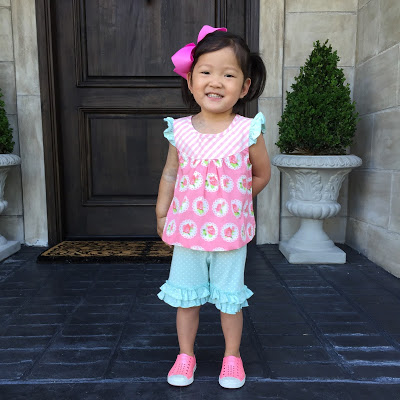 So…six months home.  What’s gong on with Miss Ashby?  Well, here are a few little tidbits…
1. Like many institutionalized children, Ashby came to us sucking her thumb constantly.  This is very common with children who have been raised in orphanages (it’s a self-soothing technique).  Six months home though and I really can’t tell you the last time I saw her do it.  Around month five, this really began to stop.
2. Ashby loves to pray.  Before every meal, Ashby says “Ashby pray, Ashby pray” before the other kids even have a chance.  And then at bed before naps and at night, she loves to pray too.  She always prays for her family and Bowen (her BFF) but she also throws in other people too. The other day, after we had been at the pool all morning, she prayed before her nap.  She prayed for “Mommy, Daddy, Erika, Narci, Bo and Sheaffer“. I about cried.  First of all, she knows all of their names and can recall them later in the day (which is a lot to remember when you’re 3 and were born learning Mandarin!) and second of all, she’s praying for people she loves…and six months ago, how many people did she really love? Now, there are just so many.
3. Ashby discovered puzzles and Play-Doh this month…hours of fun right there :). 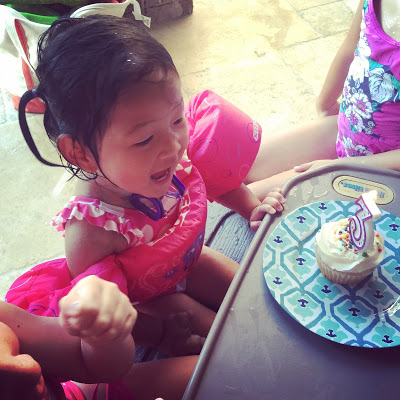 4. Ashby loves getting herself dressed and brushing her own teeth (don’t worry, I brush them first and then let her “brush” them).  She wants me to put her clothes and shoes out and she likes to wiggle her way into everything.  Miss Independent :).
5. We have a few big doctor appointments this month along with another MRI and an ultrasound.  She now sees a radiologist and a hematologist primarily instead of her hand doctor…because even though it looks like she has a hand problem, she doesn’t.  She has a vascular problem.  We know God has big plans for this girl!  We’re just taking things one day at a time.  The compression garment that we thought would help ended up making things worse and the doctors had us remove it.  Her malformation is just so large that the blood was pooling even more in the hand with the garments on.  We’re hopeful for a new and an effective plan after this next round of tests.
6. This one kind of sucks…but it’s real life.  Ashby’s hand and arm fluctuate with a variety of factors (it’s always malformed but sometimes, it looks better than other times).  Two things that make it really swollen and painful looking are when she’s hot and/or when she’s active…so needless to say, when we’re at the pool, that’s when it looks the worst.  (It doesn’t seem to bother her…she is that kid who screams and cries when we tell her she has to get out and dry off…)  Well, last week, she took a popsicle break at the pool and was standing there in her puddle jumper eating her popsicle when four kids came up and were commenting about her arm.  They weren’t being mean…but they were concerned/intrigued/fascinated/perplexed by her…and sweet little three year old Ashby was completely oblivious.  That being said…one day very soon, she won’t be three…and I know it’s going to be a lifetime of this and that makes me sad for her.  Andrew and I pray every day that we’re raising her up to be confident, secure, and full of joy…but at the same time, I know that the world is often cruel and I just always want my daughter to be happy.
Side note…Ashby will end up going to school one day with these three boys… 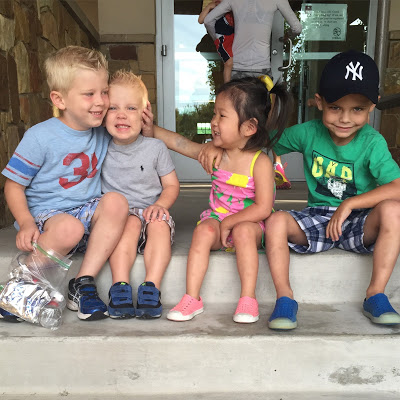 …and I’m pretty sure they’ll all be ready and waiting if anyone messes with their girl ;). 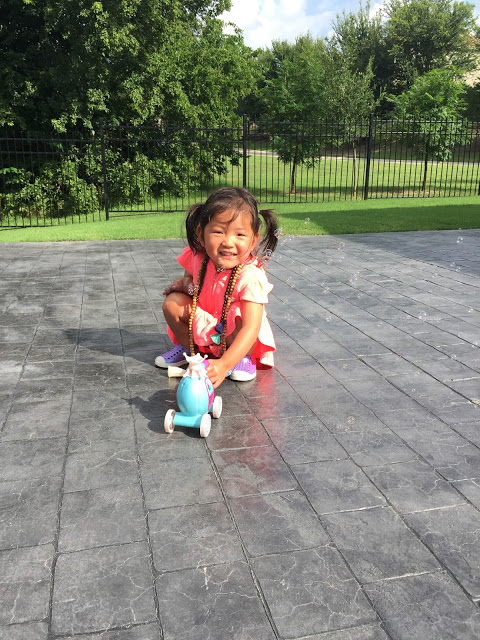 7. As for Ashby’s language…she’s doing great!  She’s asking a lot of questions, making statements, talking about people, places and things…she’s really quite the little communicator. She lets us know what she wants/needs/likes/dislikes :).  I feel like her language advanced more over these last 30 days than the first 5 months combined.  She says things now like “Move Smith, it’s my turn to get out.” when she’s climbing out of the car…you know, little complex sentences like that.  She also told me the other day she was hungry and wanted dinner (which is pretty specific considering it was late afternoon…she knew dinner was up next).  Every day she surprises me more and more with her vocabulary.
8. A few weeks ago, Kensington told me that another girl told her Ashby couldn’t be her sister because she didn’t look like Kensington.  Well…if you know Kensington, you know that those are fighting words.  Kensington was like “mama, I told that girl that families don’t have to look the same and that they’re made up of different people and that even though Ashby’s Chinese, she is my sister.”.  I totally understand why the girl was confused…most young kids don’t understand this…but I’m proud that Kensington feels strongly enough to not just blow off statements like that but to explain that yes, families can look different and you most certainly can have a sibling of another race. 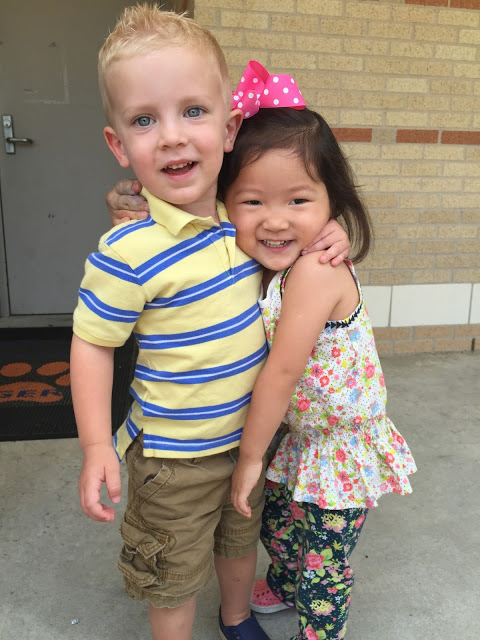 And a few other little facts…
1. She loves Peppa Pig and Veggie Tales.
2. She would eat hot dogs for every meal if I let her.
3. She still doesn’t love breakfast.  She prefers eating brunch instead.
4. Now that it’s summer, she’s always the last one to wake up each morning.  She’s a great sleeper!
5. She loves going to the grocery store.
6. She love, love, loves playing outside and especially swimming!
7. She’s very ticklish.
8. Her favorite color is red.
9. Her favorite food group is Tex-Mex.  Give this girl salsa and she is a very happy camper.
10. She refuses to eat a blueberry.
11. She loves talking on the phone.
12. She loves games on the iPad with letters and animals.
I mean…six months in and our hearts are just so full.
I was hopeful and prayerful that adoption would be a good experience for our family…but I certainly was not prepared for what it really was.  It was the best thing we’ve ever done. 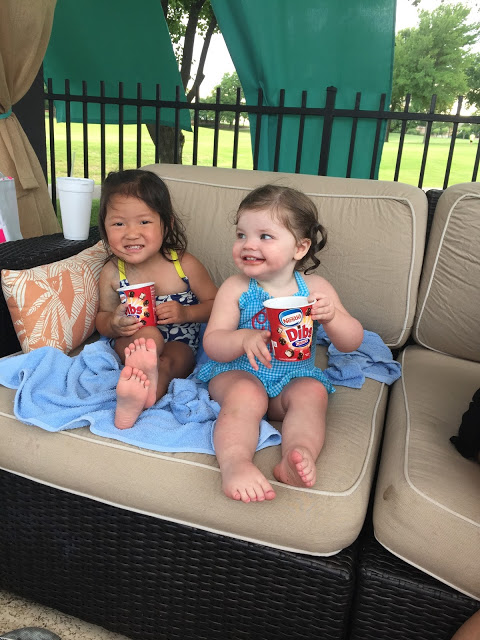 This girl here might have been born in Xi’an, China…but she is a Shull. 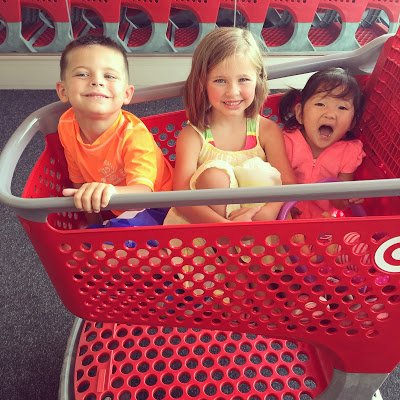 She is the light of our lives.  She is funny.  She makes the best facial expressions.  She has the sweetest laugh.  Her voice is kind of husky (similar to Smith’s) and she’s chatty.  She is fun to be with, fun to take places, fun to parent and so easy to love. 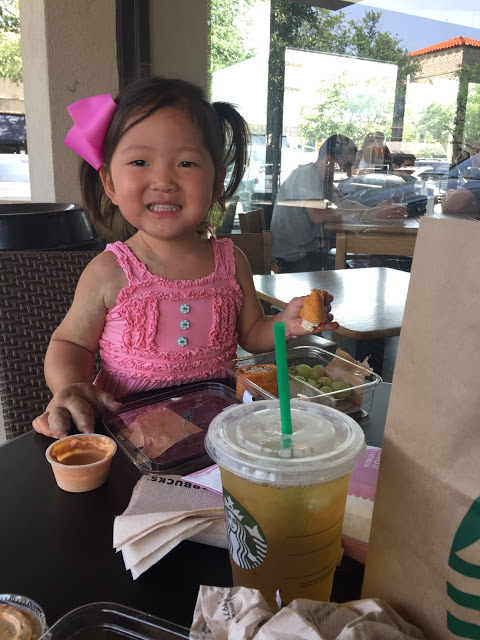 I’m in awe of God.
This kind of love is supernatural.
And…because it’s Monday… 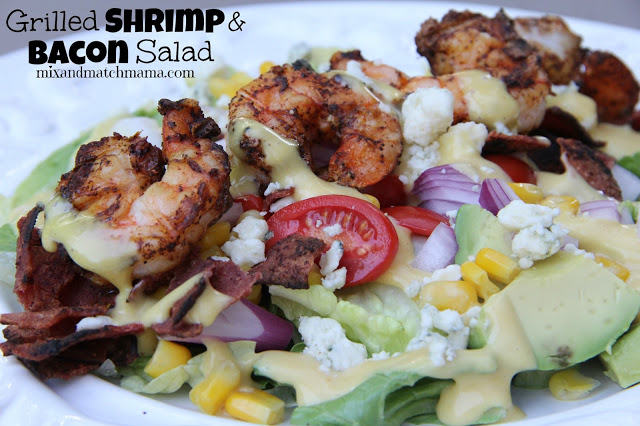 …click here to see my Meal Planning Monday.
Have a wonderful day friends!
And don’t forget, if you’re praying with me this month, the prayer request post can be found here.