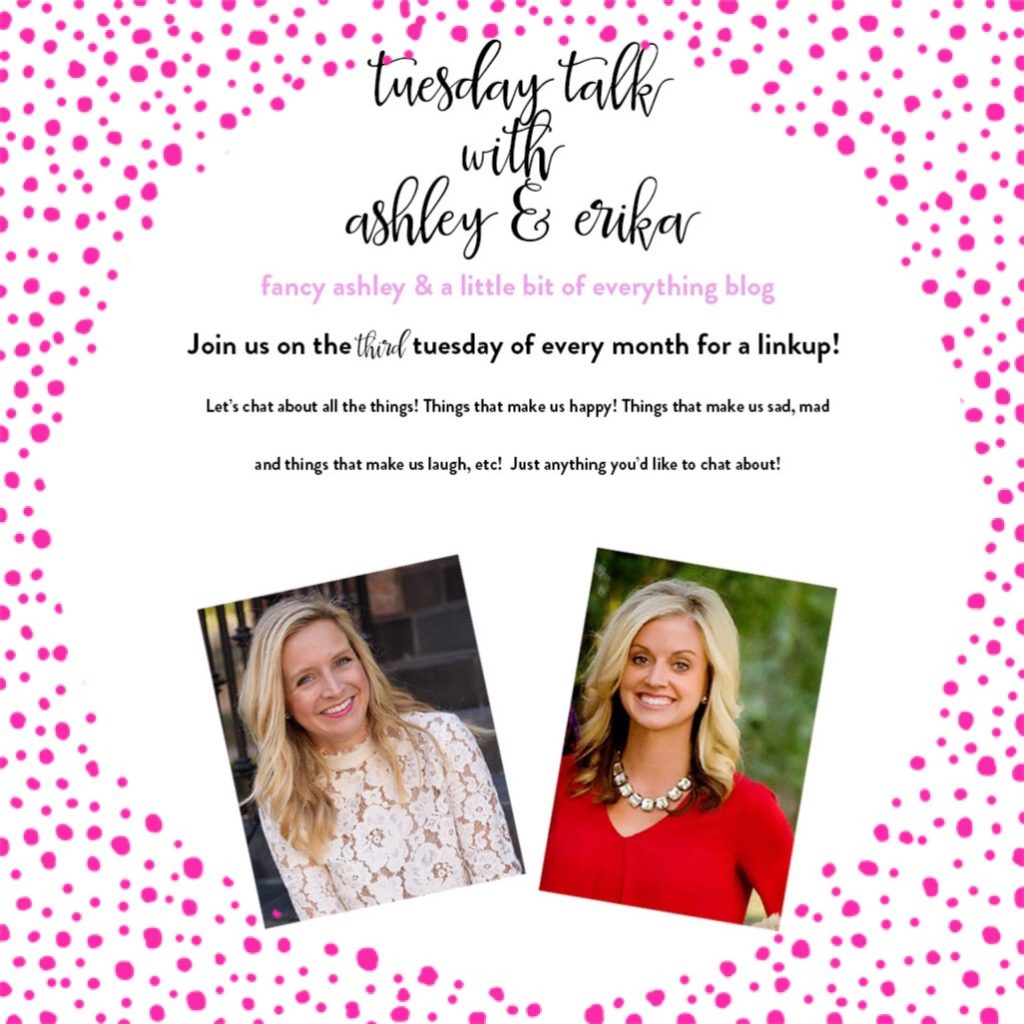 Once a month, I linked up with Ashley and Erika who host Tuesday Talk.

For this link up, you are supposed to chat about anything and everything.

In January, we chatted about whether or not I should keep my home phone.  (You overwhelmingly told me TO keep it!)

In February, we chatted about preparing for sitters at your house.

And today, I thought we could chat about a book I read last month called … 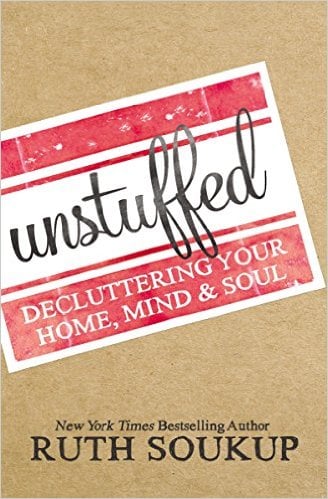 This was the first Ruth Soukup book that I’ve read, but I’ve already bought another one (31 Days to a Clutter Free Life) because I loved it so much!

Now, I don’t want to give too much away about the book because I truly think you should read it too…so, I thought I’d share just a few takeaways I have from reading it (ones that I immediately started applying to my life) and then pose the question to you…HOW ARE YOU UNSTUFFING YOUR LIFE RIGHT NOW?

The book is divided into three sections: decluttering your house, your schedule, and your relationships (more or less, these are the three main areas of conversation).

So, here are a few things that I’ve been doing after reading this book.  I’m not sharing every single tip and change I’ve made because once again, I think you should read the book instead of just reading my post about the book:

1. I’m making the kids take more responsibility in removing their own clutter from their rooms and closets.  Let’s be honest, it’s easier for me to just go up there and clean out their stuff while they’re at school…but as she points on, what am I teaching them by doing this?  Nothing.  How will they grow up and know how to purge/donate/clean/toss if I’m always doing it for them?

2. I need to stop buying things to organize my house and instead, just get rid of stuff.  This was a BIG one for me.  I’m the queen of running to Target or The Container Store to buy all sorts of bins and baskets to organize all of the stuff…when in fact, I should just have less stuff.  THIS WAS A LIGHT BULB MOMENT FOR ME.  Instead of buying four bins to organize Barbies, Princesses and such, maybe my girls just don’t need so much of that?  Maybe that’s the problem (not the lack of bins for organizing)?

1. I ended last year exhausted…and it was mostly because we knew Manda was so sick.  Manda took a really bad turn the first week of December and after that, all of my energy and focus shifted to her and her family…and it left me physically, mentally and emotionally drained.  After Christmas, we went to New York City as a family and I decided right then and there that I needed to declutter my schedule and make some changes.  Now, some changes, I was able to make quickly and immediately, but some will take time because I have already given commitments to people that I cannot change and must see through to completion.  That being said, for the most part, you probably won’t ever know what I’m saying no to because it doesn’t affect this little blogging world, but just know…I’m saying no.  I have also sharpened my focus on what things are the most important to me and where I want to spend most of my energy (Mix and Match Travel Agency) and what things I want to cut down on if not remove altogether.

2. I’m not replying to every email I receive.  I hate even telling you this because I never want to hurt anyone’s feelings, but I just cannot keep answering every single email in my inbox.  Soukup discusses this in her book, and I was really convicted.  Erika tried convincing me to stop emailing people back last year, but because I’m a pleaser and am so grateful that people even contact me in the first place, I have a very hard time not replying, but the truth is, I could probably spend a solid hour or two a day replying to email…and I just do not have that kind of time.  It’s hard because you would probably tell me, don’t answer the emails that are just fluff (like “what color lipstick are you wearing in the first picture on today’s post?”)…but those are the EASIEST emails to answer because my response is as simple as “Bobbi Brown’s Taffeta”.  Bam.  That email is done.  It’s the emails that are the most meaningful that take the longest to reply (infertility, adoption, faith)…so, I can’t really not respond to those…but they’re very time consuming.  See my dilemma?  Anyway, Soupkup makes a point in her book to say that just because people reach out to you via text/email does not demand your response.  So…I’m still going to answer most emails, but it’s not fair to my family, my clients and my sanity to answer all of them.

3. Unsubscribe to junk email.  This tip is so simple and yet, I was one of those people who instead of unsubscribing to email that I’m not interested it, I would just hit “delete” really quickly and move on…and then have to do it again that next day.  And the day after that.  And so on…because I continued to just delete instead of taking the extra three seconds and unsubscribe.  Now, you can actually go online and use a website to unsubscribe to all…but some emails I still want (hello Pottery Barn!), so didn’t want them all to go away, just the ones I selected.  After three days of doing this, my inbox is now perfectly unjunked and I’m a happier camper because instead of seeing that I have 15 unopened items (five legit and 10 spam), I now only have five.  Glorious.

What I learned the most from this section is that I only have a certain number of minutes in my day, so I better spend them on those people that matter most and not on just anyone who crosses my path.  We all just can’t be everything to everyone…so, I really need to make sure my focus is on the right people in my life and not waste my energy on people/situations that are draining.

So…needless to say, I really liked this book.  A lot.  I mentioned this when I did my original review, but at one point while I was reading this, Smith was like “mom, stop reading that book” because I was so inspired!  And by that, I mean…Smith was cleaning out his closet, organizing his shoes, making a donation pile and having to toss all of the trash stashed around his room…my enthusiasm was putting him to work 😉 .

What are you doing right now to declutter?  I am just barely scratching the surface here on this book…it’s loaded with other ideas that I found very helpful!  It’s the perfect thing to read to get you in that spring cleaning kind of mood 🙂 . Lemon Gnocchi with Peas and Parm