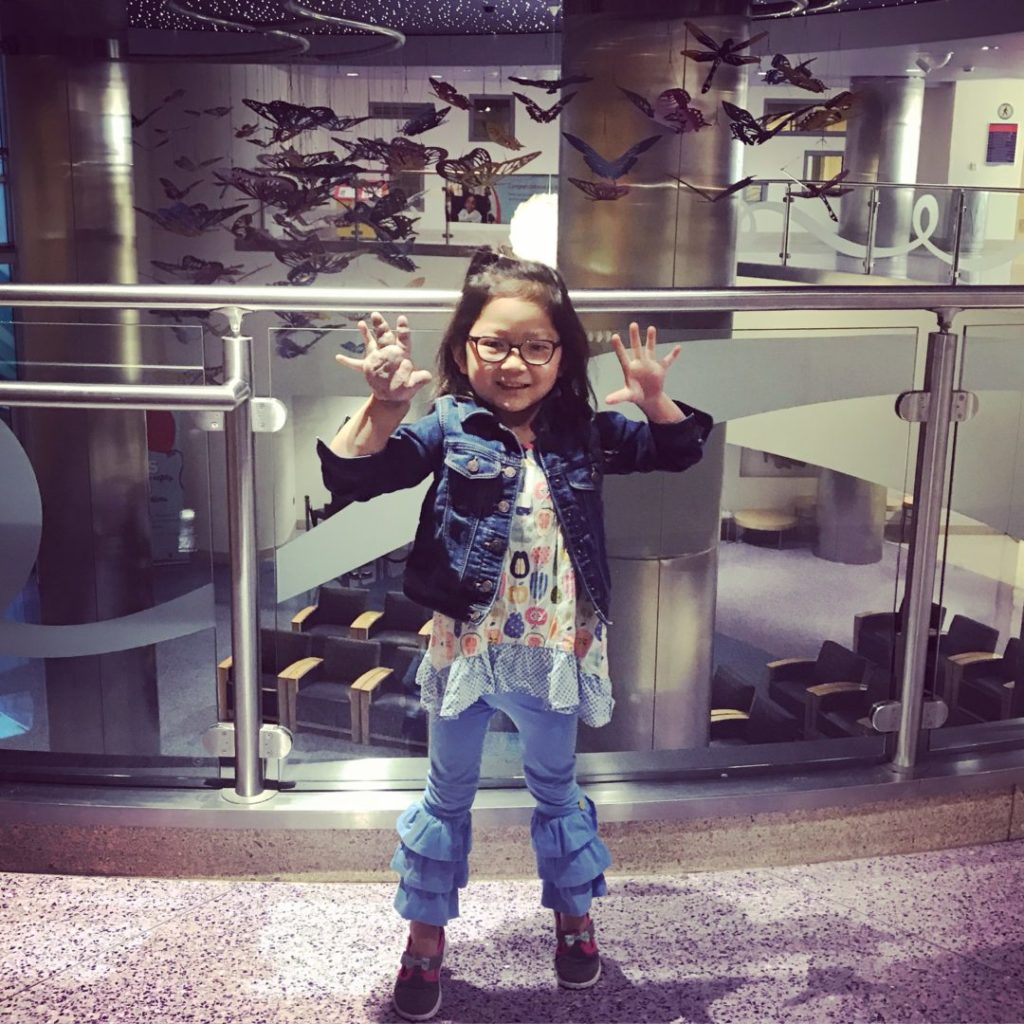 First of all, thank you so much for your prayers on Friday morning.  Friends, THEY WORKED.  I promise you, we felt your prayers because Ashby had been so scared and nervous, but once we arrived at the hospital, she had this amazing peace come over her.  Your prayers worked.  I am forever thankful that you love my daughter enough to lift her little life up in prayers.  We felt them.

For those of you who don’t know/are new, Ashby was born with Klippel-Trenaunay Syndrome, which is a type of vascular malformation.  When we first got Ashby, we didn’t know anything about KTS (we didn’t even know she had it…we just thought she had a more basic malformation), but have learned a lot over these last almost three years.  Bless her heart…she has been such a brave little warrior!

In October 2015, Ashby had an aneurysm removed from her lung and debulking in the veins on her right hand.  From there, we began researching and praying over the next steps.  We have a wonderful team of doctors who work so well together to make sure Ashby receives the best care possible.  This past March, we even went to get a second opinion in Boston at their Vascular Anomalies Client and were assured that she was exactly where she needed to be here in Dallas.

Friday was Ashby’s 10th procedure in a series of procedures we’re doing in order to keep Ashby safe and healthy.  At first, the doctors thought that Ashby would only need six…but right now, they’re thinking she’ll need closer to twenty (her doctor told us that the record right now at Children’s in Dallas for this particular procedure is 14).  So, it’s been a long road, but we’re most likely only about halfway through.  In a nutshell, they’re reducing the size of Ashby’s veins with each one.  They’ve started in her hand and have worked up to her elbow.  They have to keep going until they get her whole hand, arm, shoulder and chest done.  Her little body can only take so much at a time which is why this is a marathon and not a race.

So, why do we do this?  So many people have commented on how good Ashby’s hand is looking and while we do enjoy the aesthetic/practical benefits these procedures have (she can now bend her fingers, make a fist and even grasp things with her affected hand), the real reason is that it keeps Ashby safe and allows her to keep the limb as long as possible.  Blood clots and aneurysms are very common (she just had a clot removed from her hand on Friday), so these procedures help reduce that.  KTS affects people differently and the more Facebook groups I join and people I speak to, I realize everyone has a different story about how KTS affects their life.  The thing about KTS that always remains true though is that the older you get, the worse the condition gets.  Unfortunately, this isn’t something that can be fixed/cured, but something we’ll always be managing (especially more as she ages).

This precious girl faces challenges daily (so many that I don’t document but keep private), but ALWAYS overcomes them.  The older she gets, the harder this all gets.  She has been asking questions lately like “When will my special hand look like my left hand?”  and the answer is hard.  Ashby has to trust Andrew and me to make the right decisions for her health and we have to trust the Lord.  At only five, I believe Ashby has touched so many with her bravery and strength, and I just know that will continue as she gets older.  She is such a joy and a light in our family.  She really is the SWEETEST little girl.

So, that’s a little update.  Thank you again for your prayers.  We are blessed by them more than you’ll ever know.  What in the world would we do without this precious little girl?  She is such a blessing to us.  I am so thankful that God worked it out so that a little girl born in China would be our daughter.  How cool is that? xo