It just seems like yesterday we had Smith’s First Par-Tee and now we’ve already had his second!  The first post, was all food and decor, here are a few pictures of the actual birthday boy on his party day… 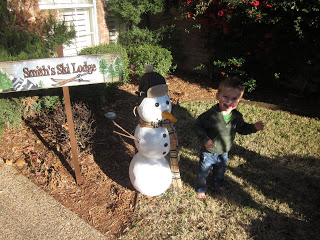 My dad took Smith outside to get his picture by the snowman…not the greatest picture but as you can see, he’s happy to be at his ski lodge! 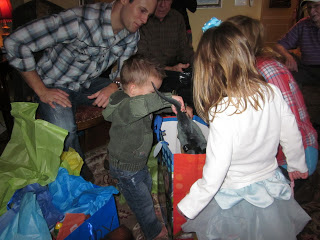 Smith (and Kensington) was super excited to open his new toys.  He really wanted dinosaurs like his big friends Carter and Luke have. 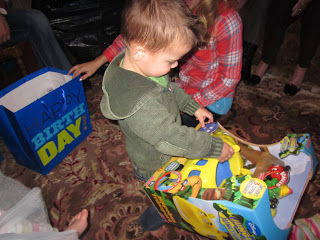 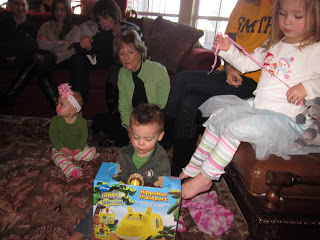 This hippo bus came from my dad’s parents…who would have thought a bus shaped like a hippo would be such a hit with both my kids.  They have played and played with this hippo bus for two days straight! 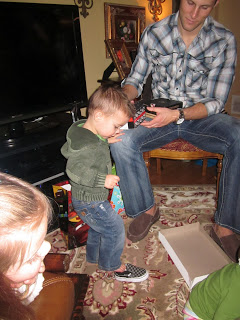 Smith was super, super excited to get some Vans thanks to Lovie and Papa Jay! 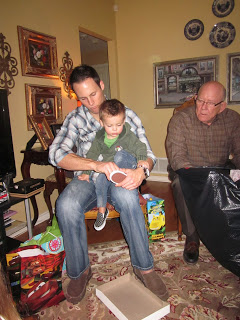 He wanted them on immediately! 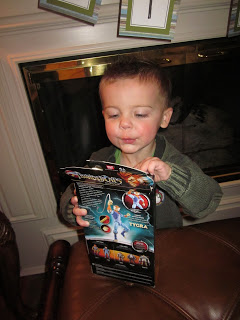 This is his “awwww…a super hero…” face. 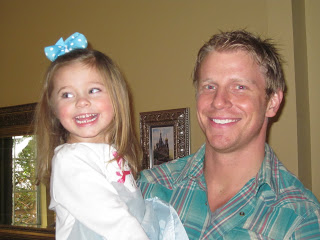 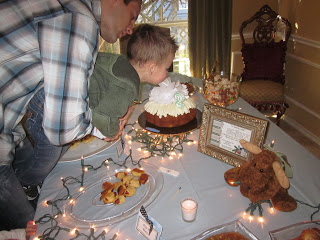 We cleared out brunch and made room for cake.  My boy and his second birthday!