Day 6 was a weird day.  It started off very solemn and sad as we visited the concentration camp, Breendonk but then ended super happy and fun when we finished our day elsewhere.  We went to pay our respects to Breendonk and its thousands of victims
I’m very blessed to have traveled all over the world.  I’ve been traveling since I was a small child and have seen a multitude of really cool, really historic things.  However, if I’m ever asked what my favorite place is that I’ve ever visited, I always say it’s when I have been to concentration camps.
My dad did an excellent job while we were growing up to exposing us to things related to World War II.  We went to Pearl Harbor, Normandy Beach, Eagle’s Nest, and to several concentration camps.  I’m blessed to still have a grandfather that’s alive that served during this awful time.  I’m a really big believer in remembering the past…no matter how horrific it was. 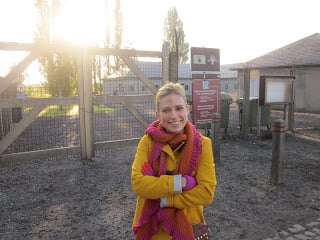 I don’t normally walk around concentration camps smiling but Andrew said my sad face wasn’t pretty.  So here I am, bright and early, about to enter Breendonk.  The last concentration camp I visited was two years ago when we took the kids to Mauthausen. 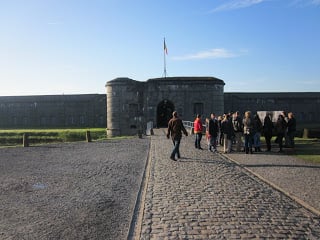 The weirdest part about the whole experience is that Andrew and I toured the entire concentration camp alone.  All by ourselves.  Walking the halls.  It was really disturbing if I’m being honest.  Andrew even said it freaked him out.  We were the only ones there when it opened other than a school group (pictured above) but they were detained for a lecture at the gate.  So, we just walked the entire complex by ourselves. 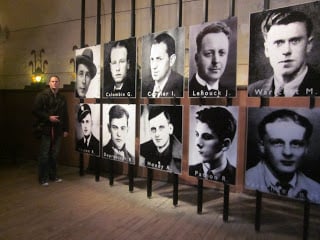 Some of the faces who lost their lives in that very room. 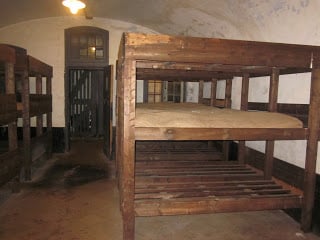 The actual beds prisoners slept on. 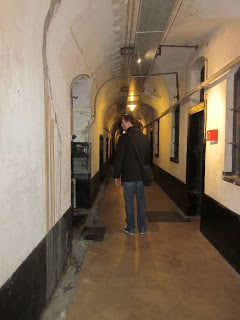 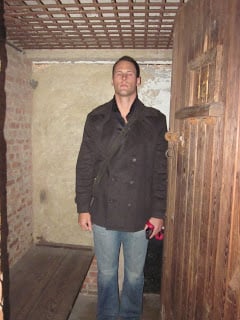 Andrew standing in a cell.  The bench would be removed during the day and the prisoner would have to stand all day…they couldn’t sit or lean against the wall.  They had to stand at attention all day long. 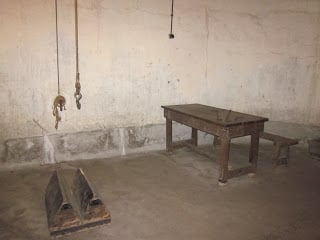 A torture chamber.  The Nazis would bring people in one at a time, strip them completely naked and then torture them.  See the hook hanging from the ceiling?  How would you like to be tortured using that?  They didn’t just torture men…they tortured women too. 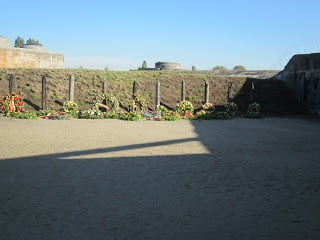 This is where they would stand before the firing squad.  Hundreds of people were shot right there. 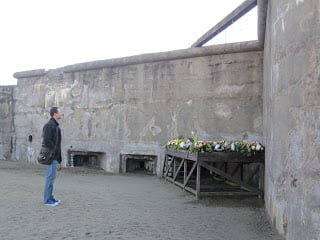 This is where they were hung.  All  for being a Jew. 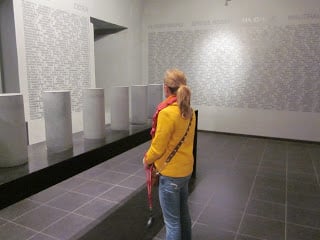 The names on the wall are of every person who lost their life at Breendonk.  The urns in the middle carry their ashes. 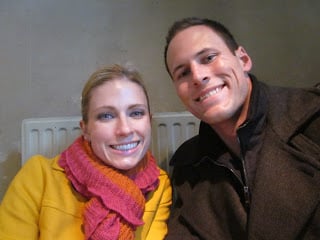 Andrew and I smiling because we are so blessed to live in  a free country.  A country where we don’t have to hide our faith.  It’s so hard to stand in a place where you know people died.  But we can’t forget the past. 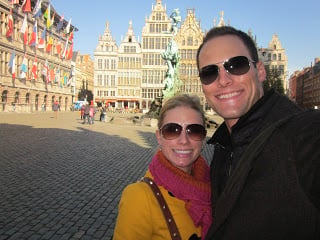 We finished off our fabulous day in Antwerp, Belgium.  We had the best time in Belgium…loved it!  But tomorrow…we head back to the Netherlands…
Click here for Day 7.
﻿