Today, is mine and Andrew’s anniversary.  Nine years ago today, on a cold and rainy night, I said “I do” to a 22 year old football playing guy that I had only known 18 months…and all of that long distance.  We had no idea what was in store for us.  Whether we lived in Dallas or Detroit, had no kids or two, through good days and bad…it’s been the two of us.  And one thing has always remained the same…his favorite meal :).
Happy anniversary Andrew Shull!  I love you so much and for so many reasons.
This is Andrew’s absolute favorite meal…perfect for an anniversary dinner…or any other night of the year. 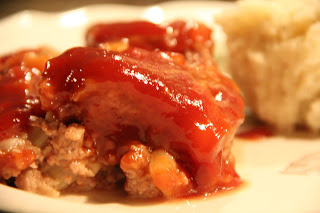 Hands down, my meat loaf is his favorite meal.  That is until I changed it up just a tad and turned it into my Coach’s Stack… 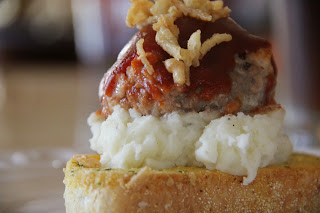 I’ve made this for him a thousand times and he gets excited every.single.time. 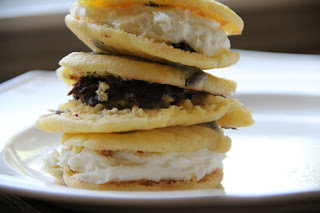 Rock hard abs of steel, health nut Andrew falls weak to my Chocolate Chip Whoopie Pies as well.  There is no will power strong enough to keep him away from these babies.
Nine years of blessings.  Happy Anniversary!