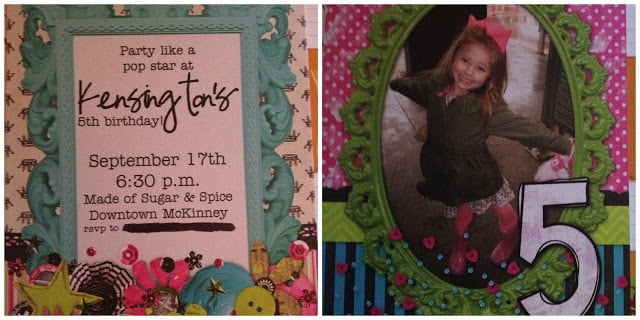 Last night, Kensington had her first “friend” party!
In my head, I didn’t think she would have a party with friends until she was about 12, but then in April, Erika hosted Ebby Lee’s 4th birthday party at the coolest place ever and that’s all Kensington has talked about for the last 5 months.  (Thanks Erika for ruining my friend party theory 7 years early!)
The wonderful place had about 7 different party themes we could chose from, and Kensington picked Pop Star.  She was so excited about this, and I was excited about how these people cater to all of the details!  However, the cute invitations came from Andrea at Slightly Askew Designs :). 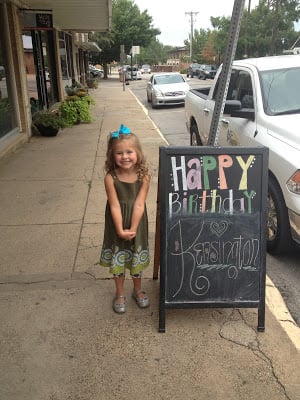 We showed up ready to party like a Pop Star! 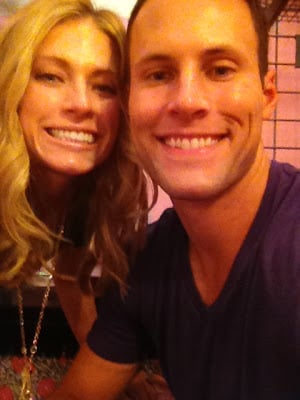 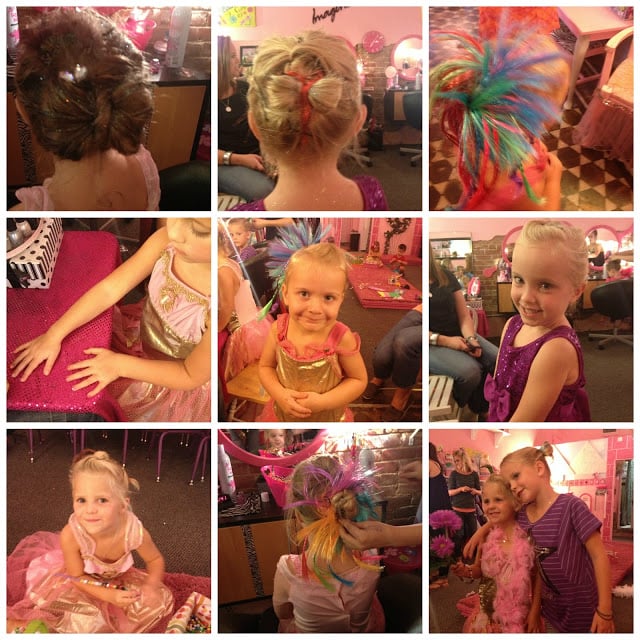 Each girl had her hair fixed up, sprayed with glitter and some crazy feather detail put in.  They also all switched to costumes and had their hair and makeup applied.  It’s so fun watching these girls play dress up :). 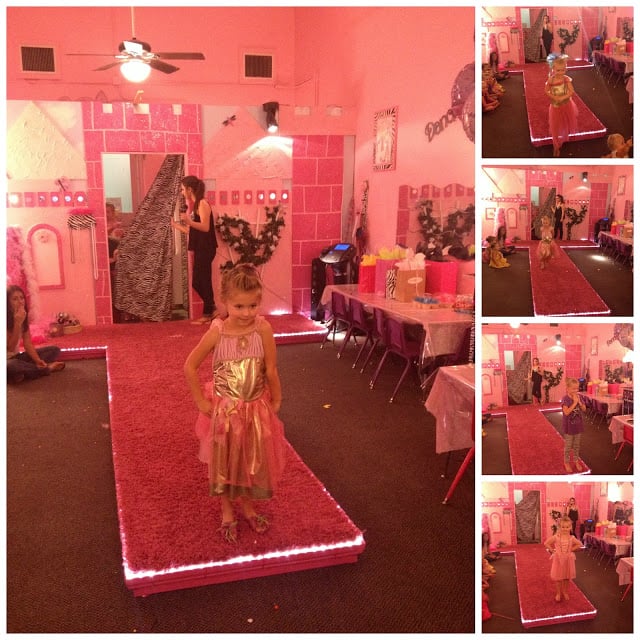 After they were all decked out, they put on a fashion show for us.  So cute!! 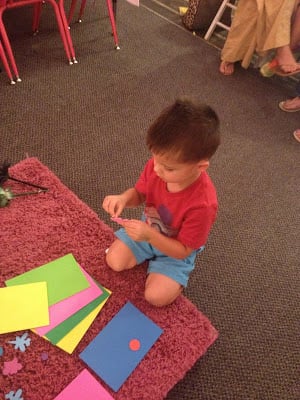 Kensington really wanted Smith to attend the party too…and honestly, he had a GREAT time!  (Watch out Nixon and Carter, Smith might be inviting you to his Pop Star party in January!)  He made the crafts with the girls (they made picture frames and necklaces) and then sat still and watched the madness. 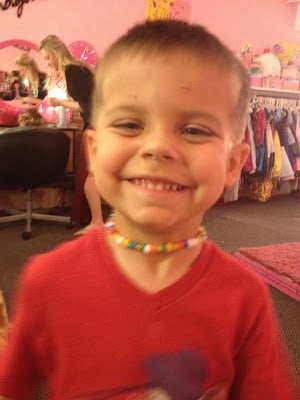 He’s so proud of his necklace choker. 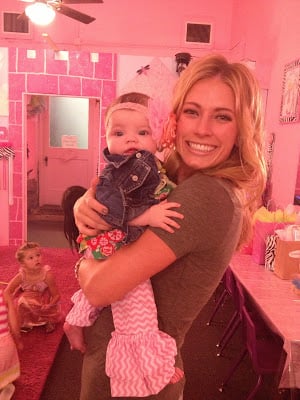 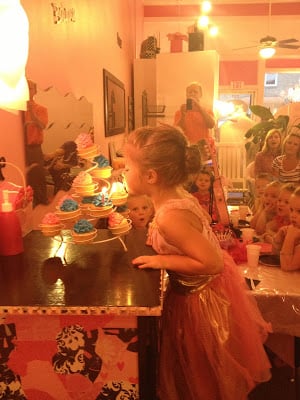 We sang, ate cupcakes and opened presents.  My baby girl is FIVE! 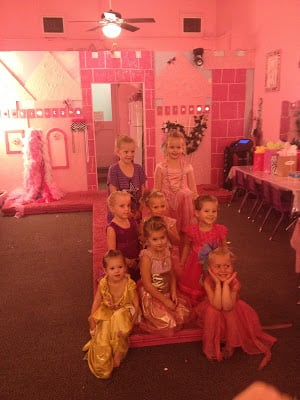 All the pretty Pop Stars… 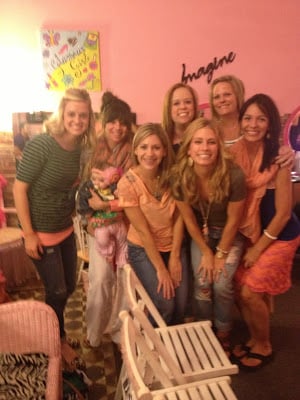 …and all my pretty friends.
Our first friend party was a huge success!