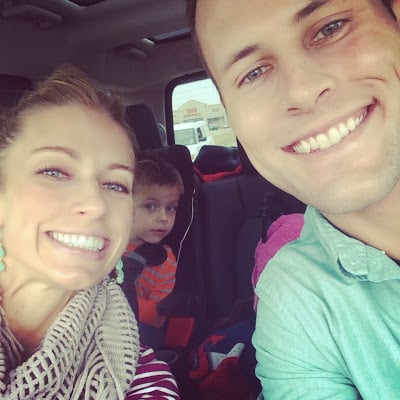 On Thursday, we packed up the kids and drove 8 hours to Manhattan, Kansas…home of Kansas State University.
Most of you know this but for those of you who don’t…that’s where Andrew and Sean played college football and went to school.  You see…11 years ago, I loaded up in the car with my mom and dad to drive the 8 hours to Sean’s first college football game.  I remember being about 6 hours into this road trip when I told my parents that the odds of me going back for any of Sean’s other games were slim to none.
And then, I bumped into Andrew Shull after the game.
And it was love at first second sight (I had briefly met him once before).
And I went to every.single.game K-State played for the next 2 years.  Yes.  Every weekend.
I drove the 8 hours to home games, I flew to crazy places like Iowa and Nebraska, went to San Diego, went to Phoenix…went to every.single.game.
I was an official K-Stater myself.
Now this might surprise you…but I was not the fun sorority girl in college (I should have been but I wasn’t).  I was serious.  I took no less than 18 hours each semester, worked two jobs and studied, studied, studied.  I had absolutely no “college” experience myself.  But then that fall of my junior year, this whole K-State thing happened and all of a sudden, I got this college experience…except not with my own school :).  This is what happens when you fall in love with the captain of the football team…you become this super fan.
One of Andrew’s last games was the Big XII Championship against OU (the unbeaten, “mini-NFL team”…a direct quote from Brent Musburger).  We were such the underdog that game that it was pathetic.  We were actually pitied for having to play them.  And then we won.  We didn’t just win, we kicked their butts!  And it was glorious.  My mother still says that was the best day of her life (over giving birth to her children, her wedding, her grandkids…that was it for Sherry Lowe!).
Well, this year was the 10 year anniversary of that game and so, Andrew was invited to come back to be recognized with his other teammates during this weekend’s K-State/OU game.  At first, we weren’t going to go…but things opened up for us and we decided to make the trip.  And I am so glad we did!  This was our kiddos’ first time to visit Manhattan and we had a BLAST! 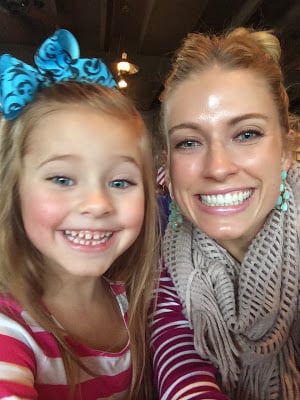 On our way up, we stopped at Cracker Barrel for some yummy food!  Nothing makes the Shull girls smile like a big plate of pancakes at lunchtime! 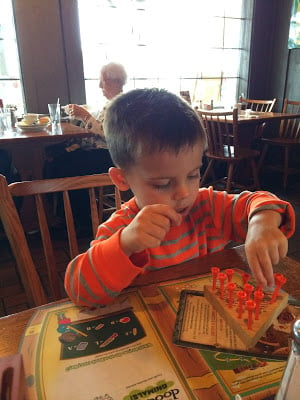 Smith was super intrigued in the table game at Cracker Barrel…such a funny kid.

We made it into Manhattan around 6:30 and headed straight to dinner at Cox Bros. BBQ.  Oh how I have missed this wonderful BBQ! 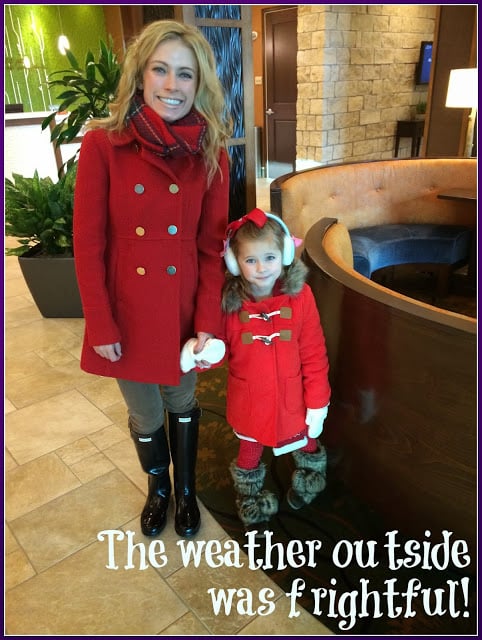 The next day, we bundled up and headed out to show the kids Manhattan!  It was cooooold!  I think the high was like 28.  Yikes!

Brrrr!  We needed coffee and eggs to warm us up! 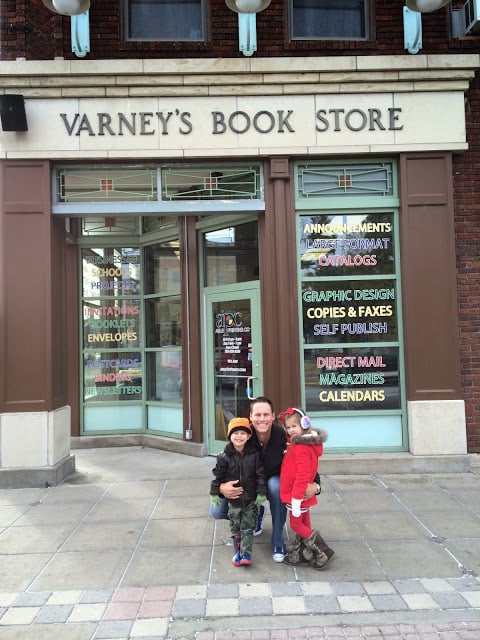 After breakfast, we headed to Varney’s to buy K-State gear show the kids Aggieville :). 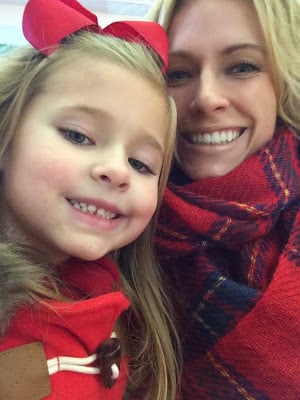 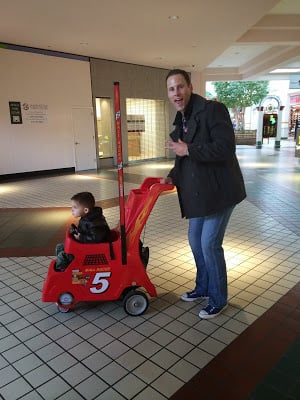 We stopped by the mall for a walk down memory lane and Andrew totally lost his “cool card”.  I love how serious Smith looks in this picture! 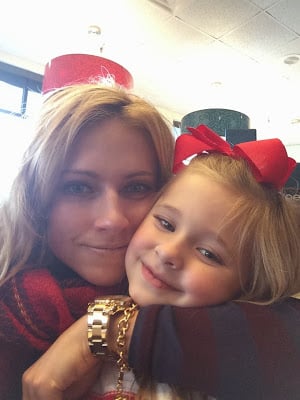 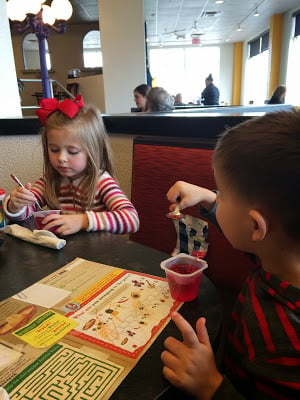 At lunch, we realized that this was my kids’ first time to eat Jello.  Does this make me a bad mom?  Or a good mom?  They were both perplexed and confused at the consistency.  It cracked me up! 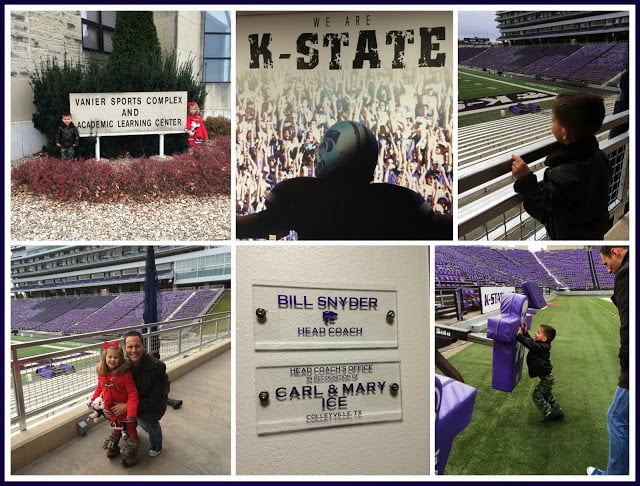 We left lunch and headed to the football complex.  This was my favorite part of the trip!  We showed the kids the weight room, training rooms, walked them down the halls and pointed out pictures, and while I was taking this picture of Coach Snyder’s office, he came out and gave me the biggest hug!  It was so good to see him!
If you don’t know who Bill Snyder is, ask your husband or boyfriend.  He’s legendary.  Seriously.  Look him up.  He’s been referred to as the best college football coach of all time.  Smith said, “it’s nice to meet you Coach Snyder” in the sweetest little voice ever.  It was such a special moment for us Shulls to reunite with Coach Snyder. 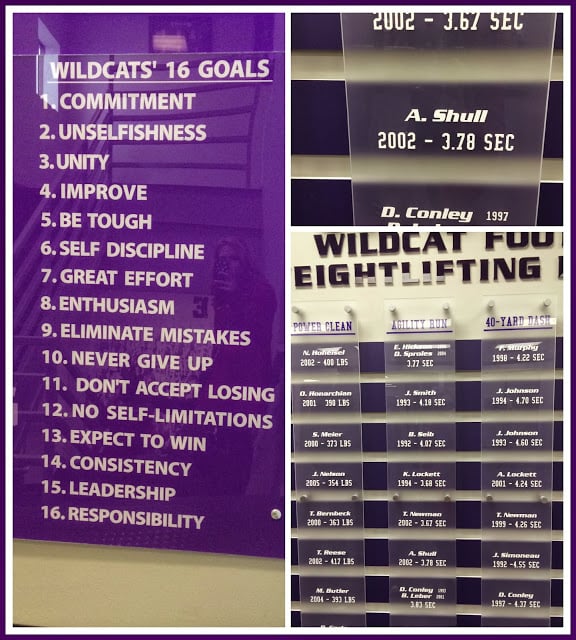 While we were in the weight room, Andrew was proud to see that he has one record still standing 11 years later.  And the list on the left…this is the reason my husband is so fabulous and so difficult at the same time!  Coach Snyder makes all of the players memorize these 16 goals and then put them each into action…and my husband still does that to this day.  Andrew Shull is super intense.  About everything.  And I completely blame (and thank) Coach Snyder for that! 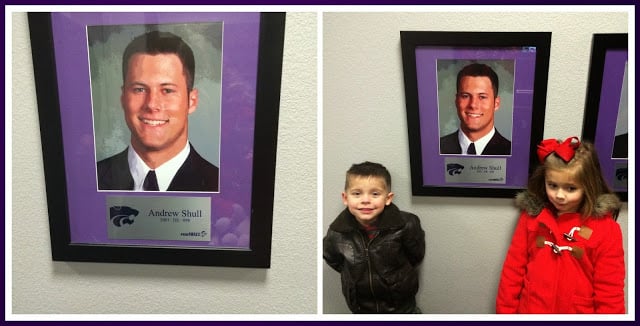 We walked down one hallway that has a photo up of every Wildcat that has ever played in the NFL.  Super proud of this guy! 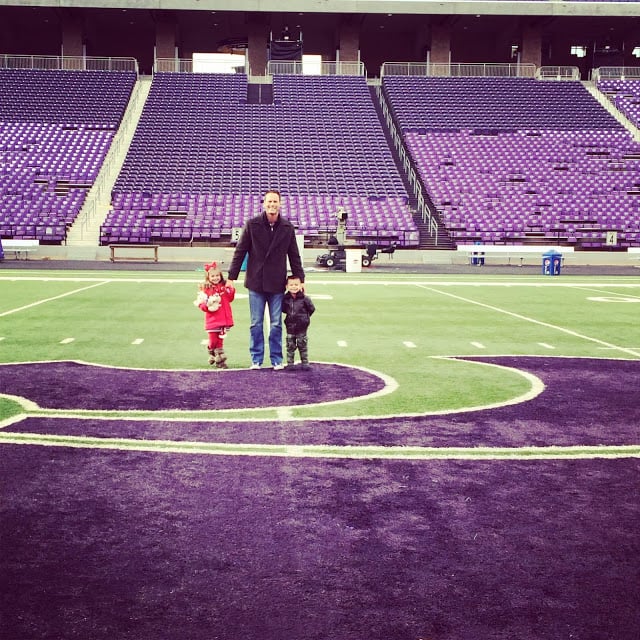 And then, we went out on to the field…so fun! 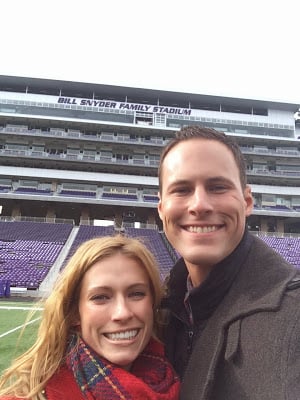 11 years later and look at us! 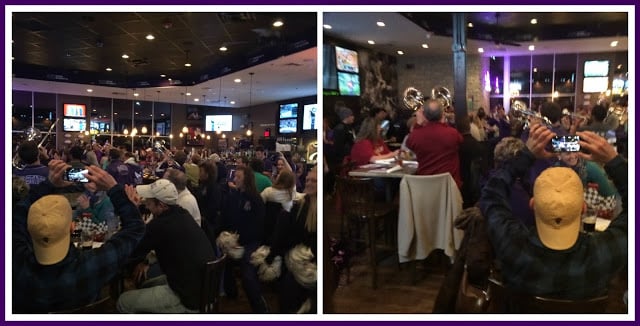 Later that night, we were eating dinner at a local sports bar/restaurant when part of the band and cheerleaders came in to play the K-State fight song and Wabash Cannonball.  It was so fun!! 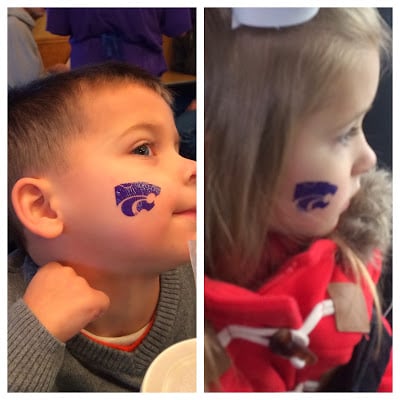 On Saturday morning, we got up and got our game faces on! 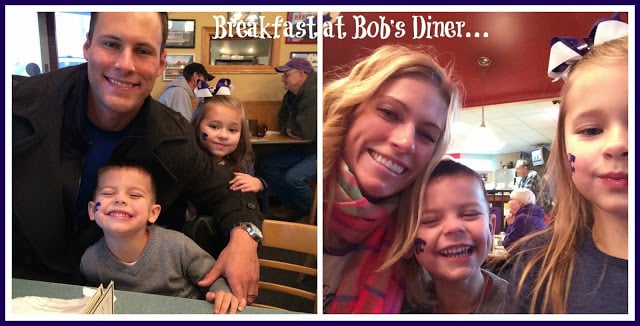 Then, we headed to Bob’s diner for a pre-game breakfast! 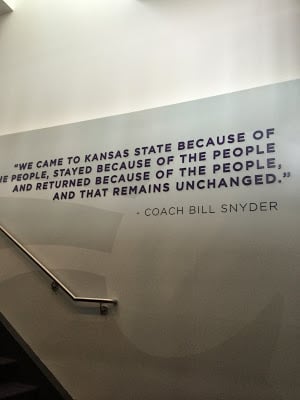 I love this.  Seriously, look the man up. 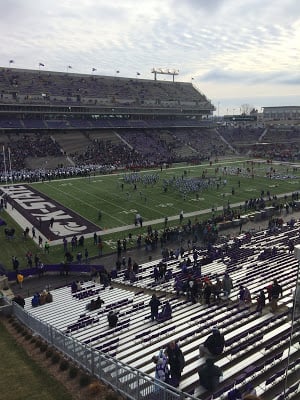 It was 21 degrees and windy at game time but thankfully, K-State had provided an awesome space for us to view the game with free food and drinks all day.  There was floor to ceiling glass, dozens of big screens and comfy chairs.  We were in toasty-warm heaven! 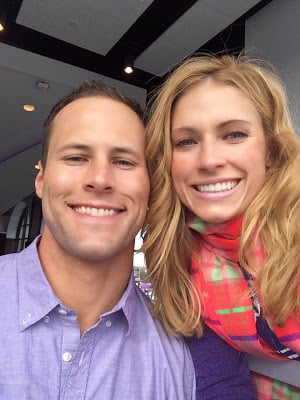 So glad we’re not outside in our “real” seats! 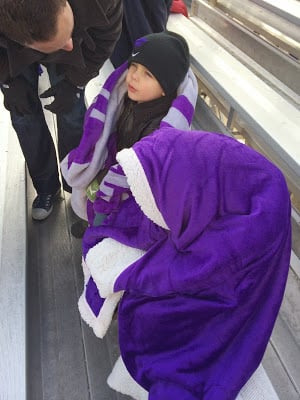 Ohhhhh…but then these two started complaining about how they wanted to sit in our “real seats”.  We explained over and over again about how cold it was but they were relentless…so, we took them out there. 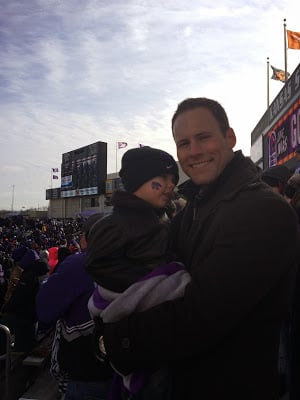 And after about 2 minutes, they were crying to go back inside… 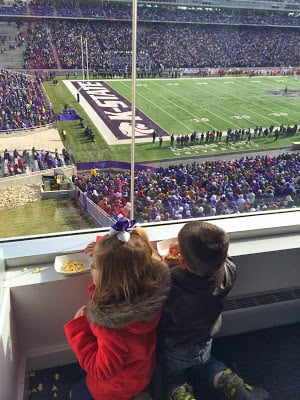 And they happily ate and watched from inside the rest of the day.  Lesson learned. 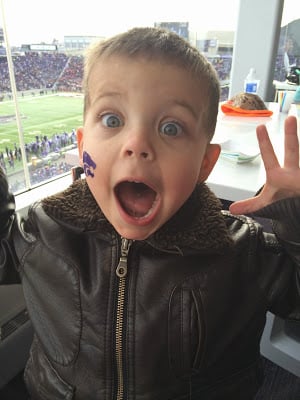 This was the look on Smith’s face when I told him Sheaffer went to OU.  I’m not sure if they can still be friends??? 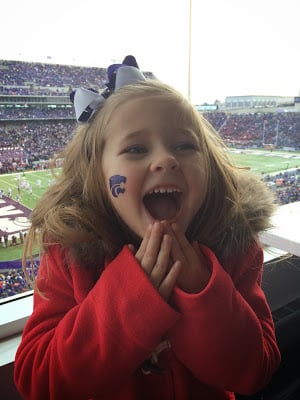 “Oh my goodness!  It’s so much better inside than out!” 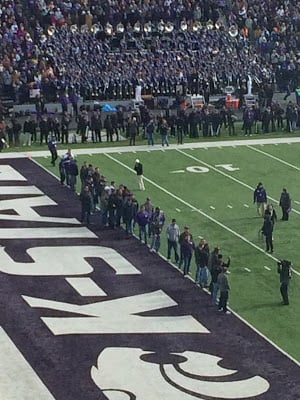 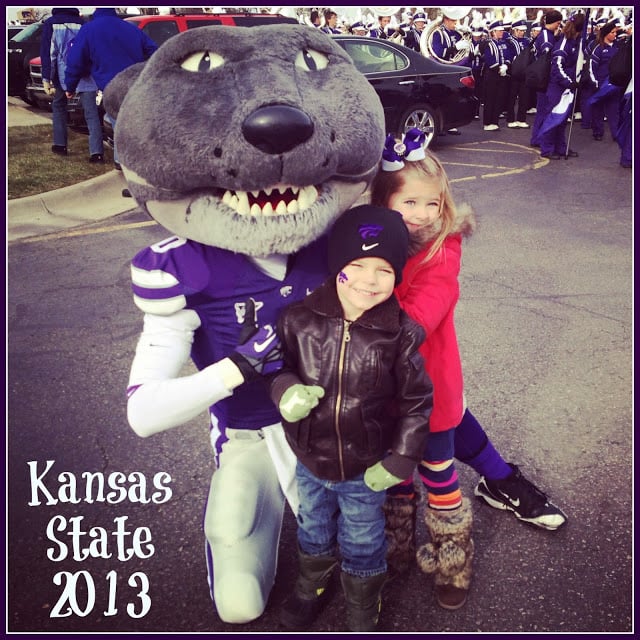 It was such a special trip!  Both of my kids have declared they will be Wildcats too…and we would be so proud.
Now, I know what you are about to email me?  Where did I get this?  Where did I get that?  Where is Kensington’s coat from?  And on and on (I know you girls!).  Here we go…
Fringe Scarf here.
Striped tee here.
Red coat here (hello, Christmas!).
Red Plaid scarf here (perfect for Christmas!!)
Hunter Wellies here.
Kensington’s red coat here.
Kensington’s boots here.
Pink plaid scarf here.
If you missed my emergency, I’m flipping out, special Sunday post yesterday…make sure you click here!  Based on the feedback I received, you ladies were flipping out too!
And today, is a special Thanksgiving Week Edition of Meal Planning Monday… 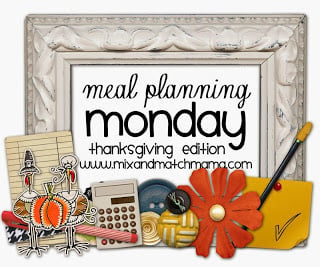 Back to School MEAL PLANNING Routine!