Saturday was the three month anniversary of the day we got our Ashby.   I thought today was a good day to show you inside her sweet little room.  Even though she doesn’t sleep in there yet (see below for that), she knows it’s her room.  She plays in there and gets dressed in there…she knows it’s her space.  Come on in…it’s quite pink :). 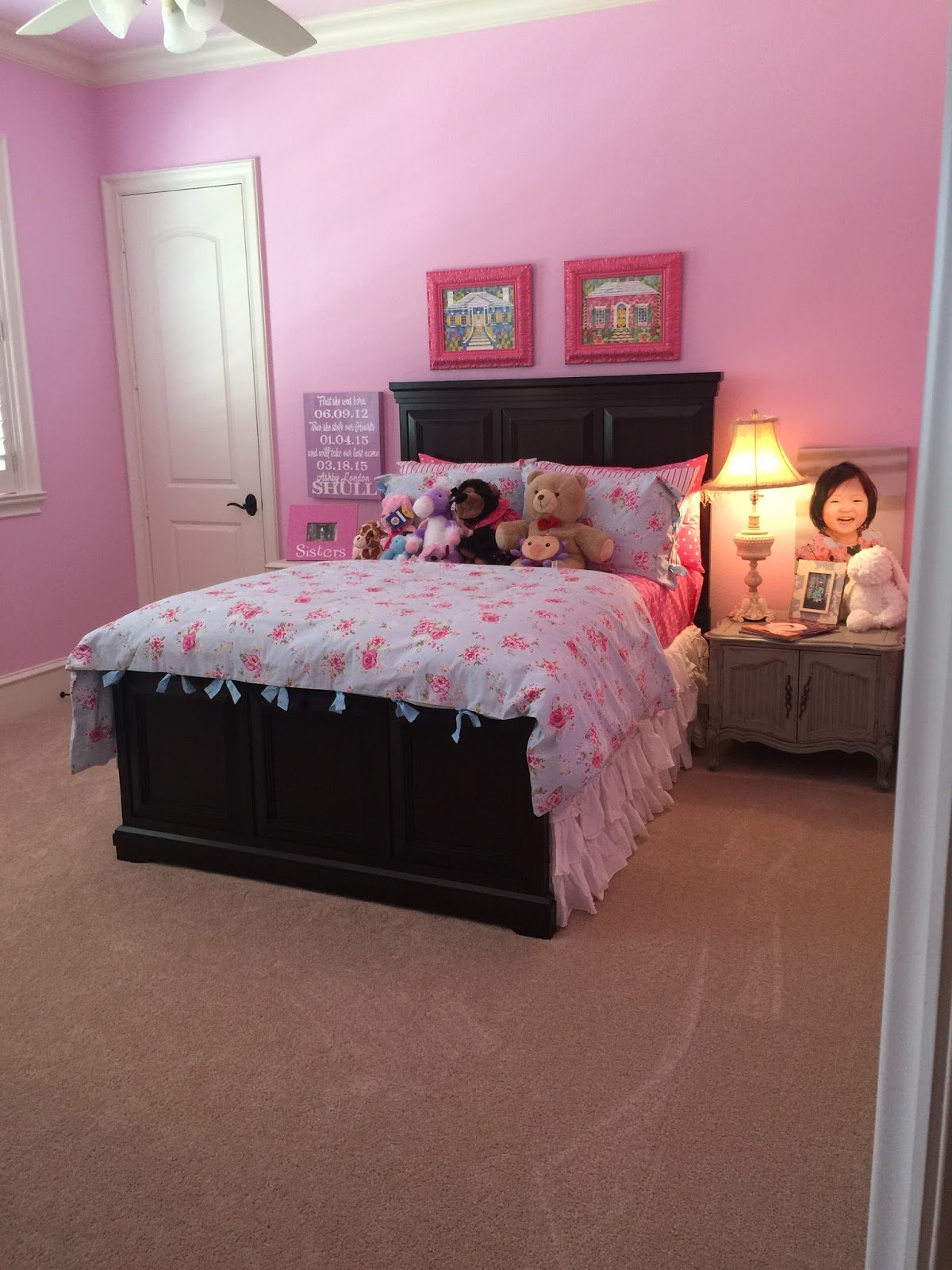 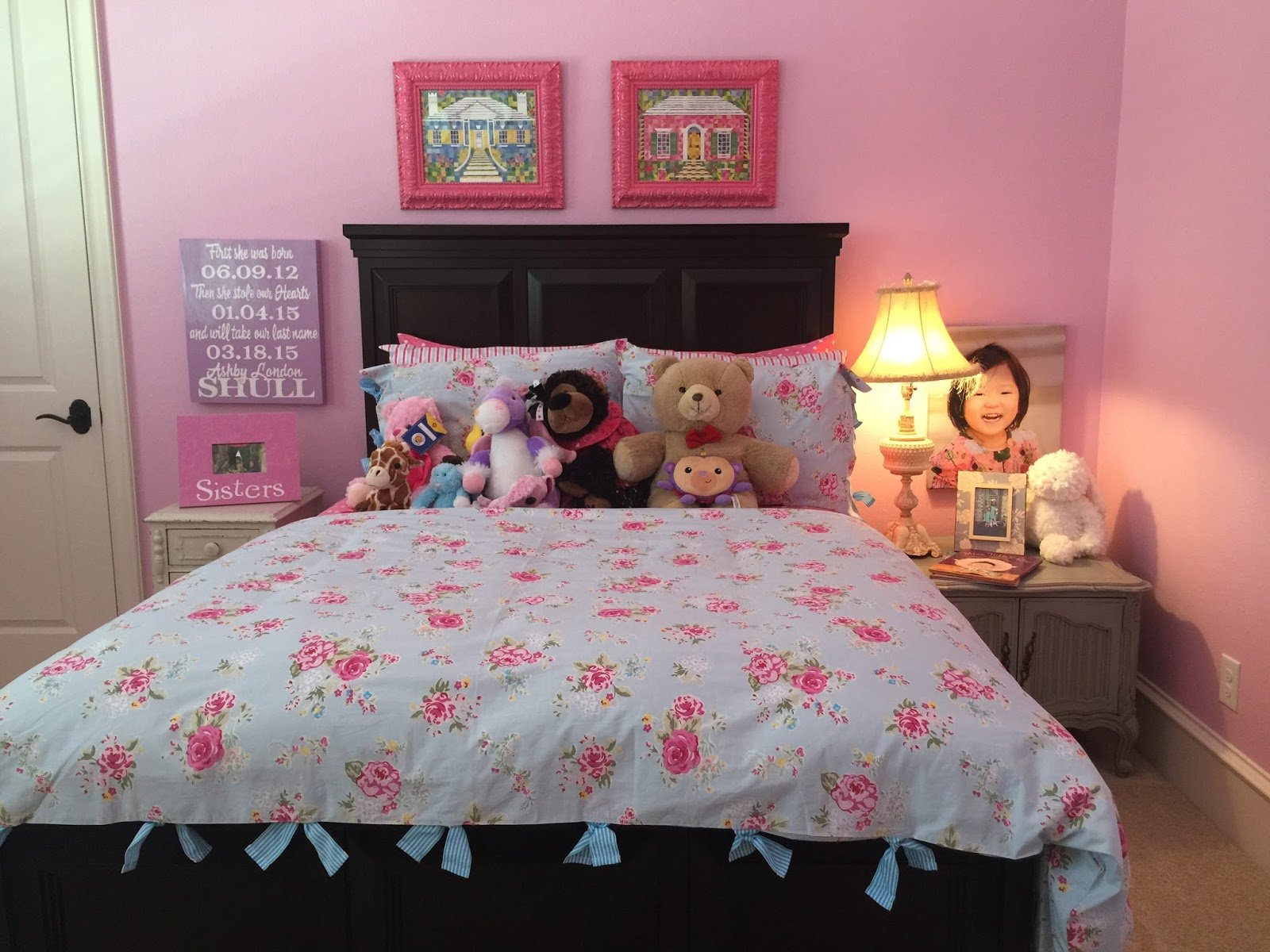 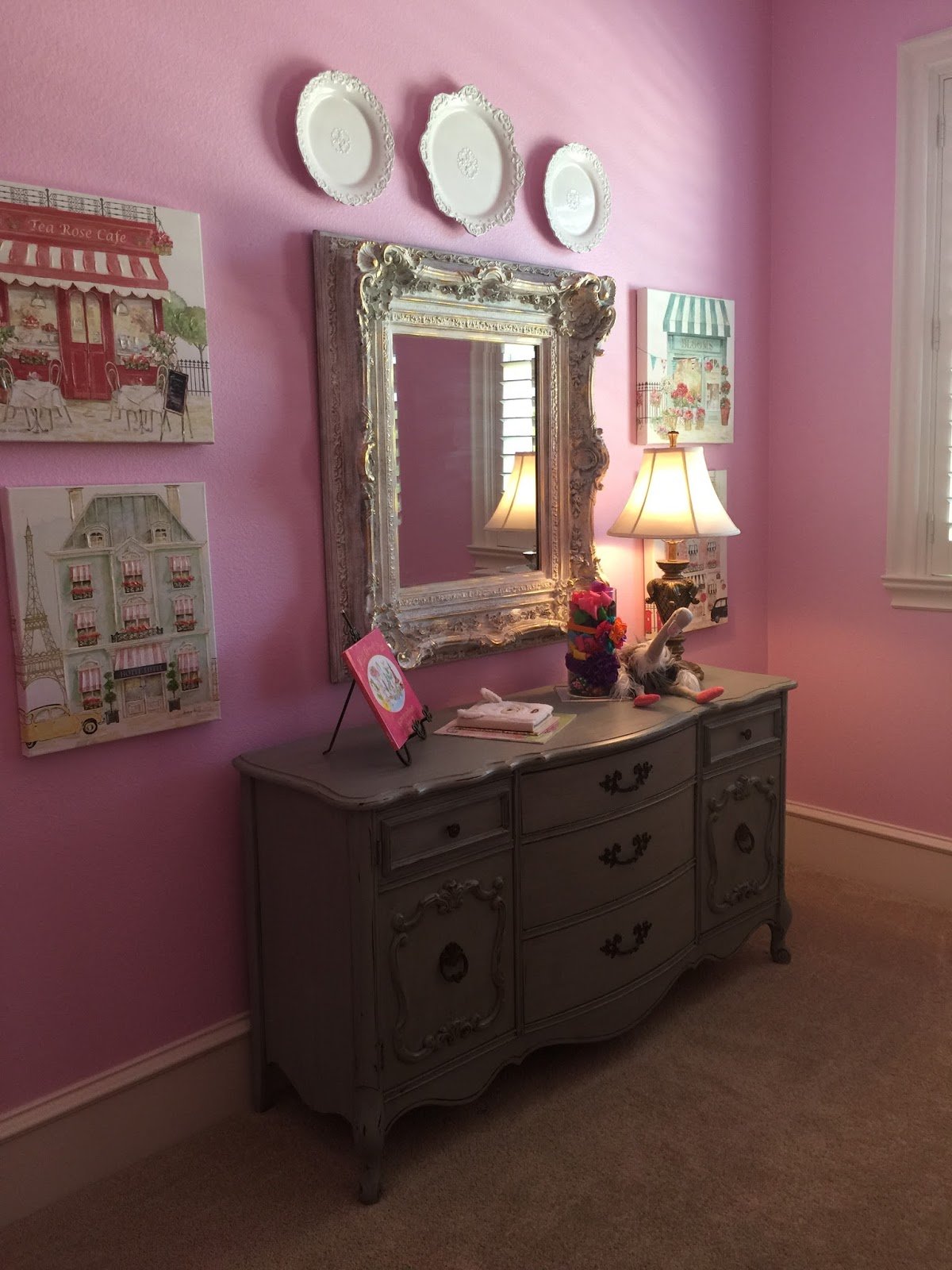 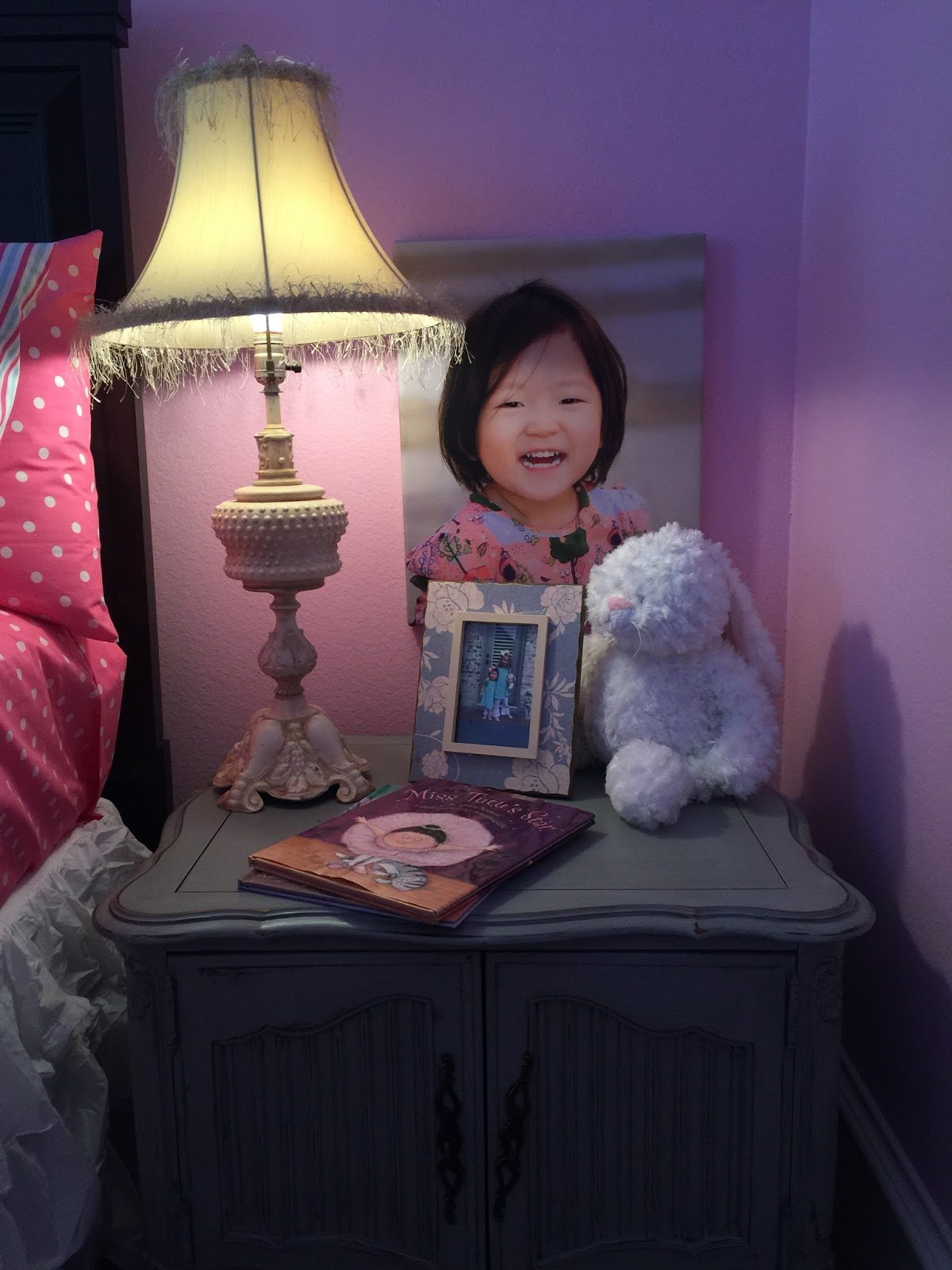 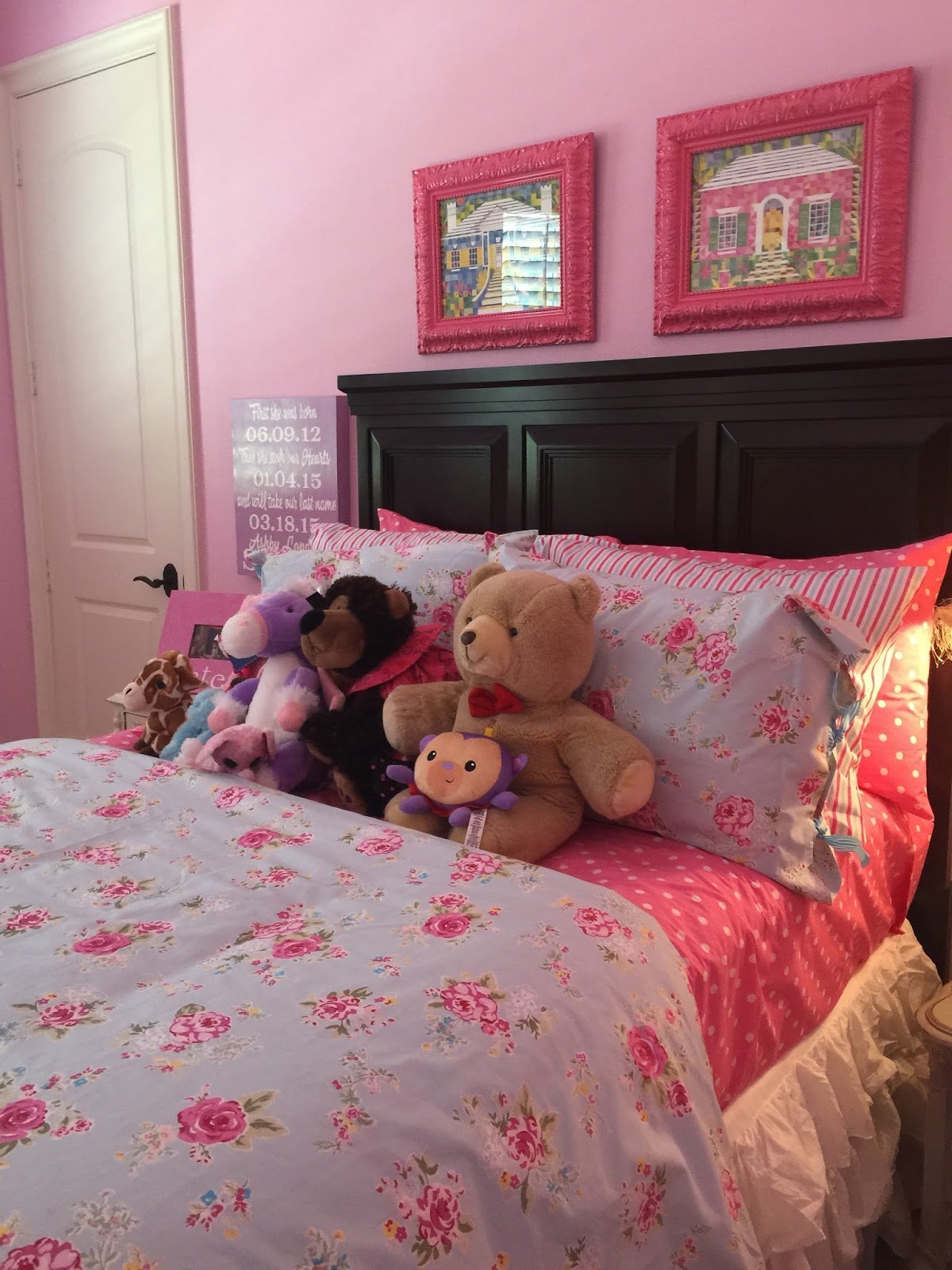 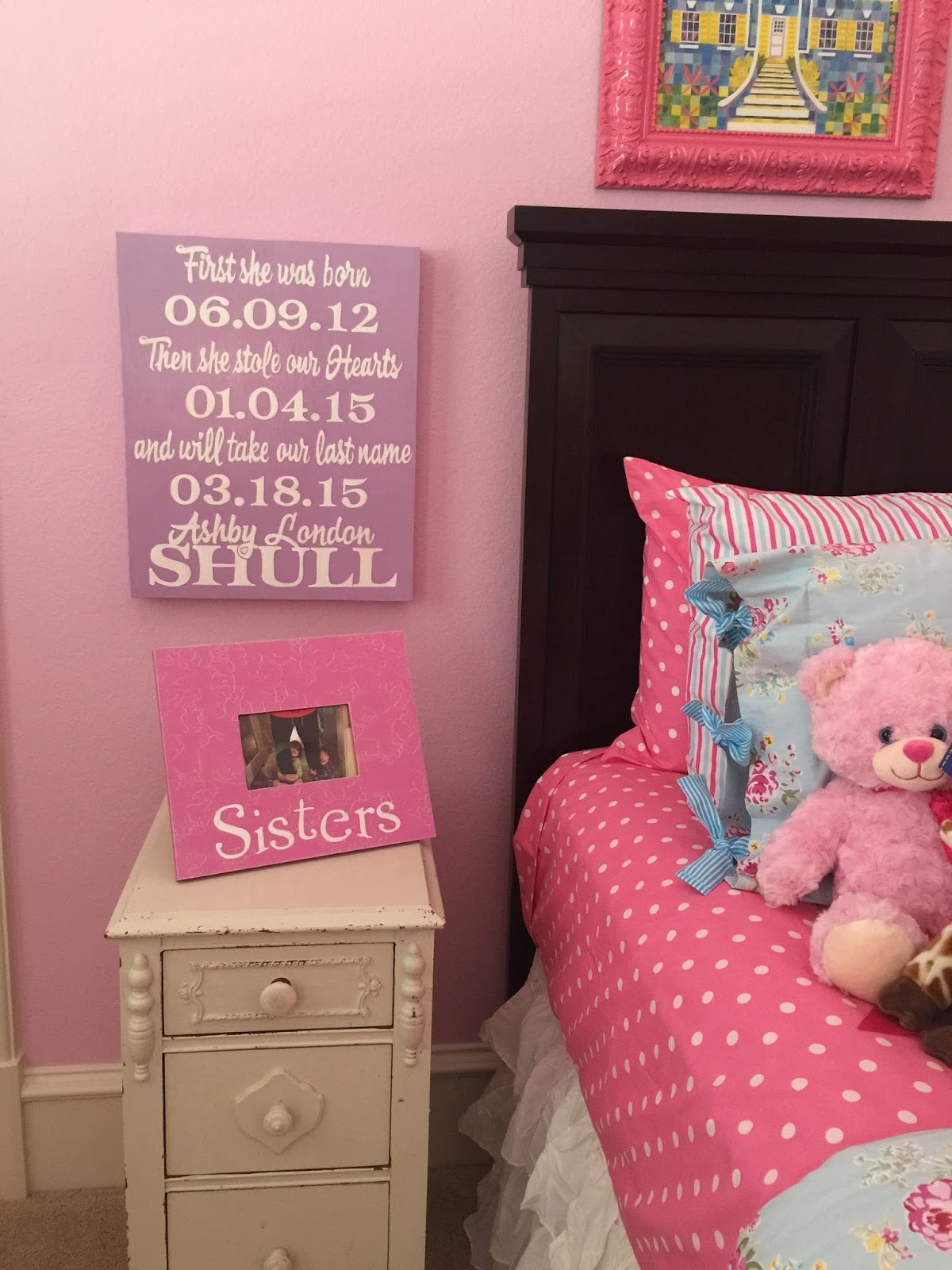 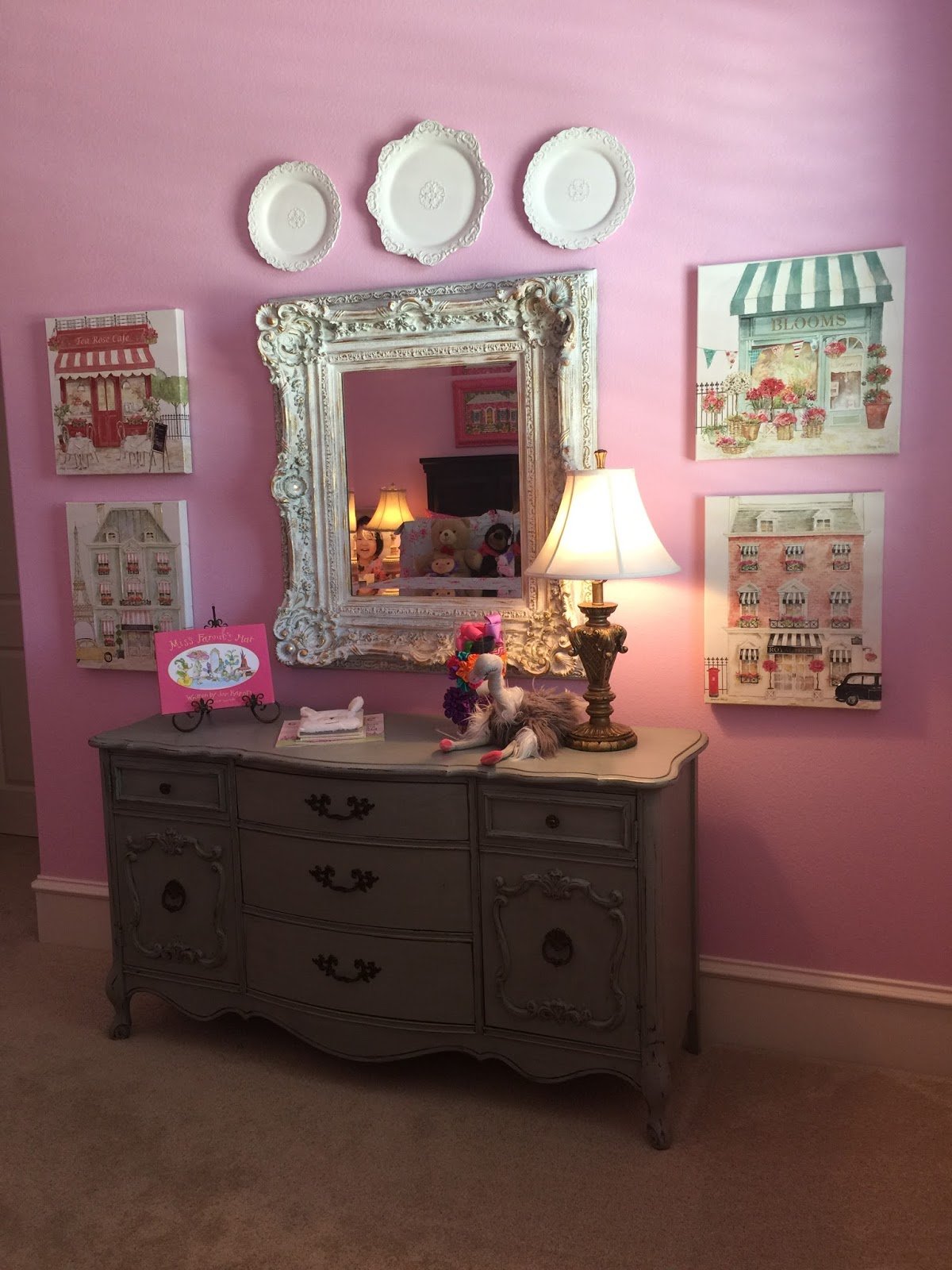 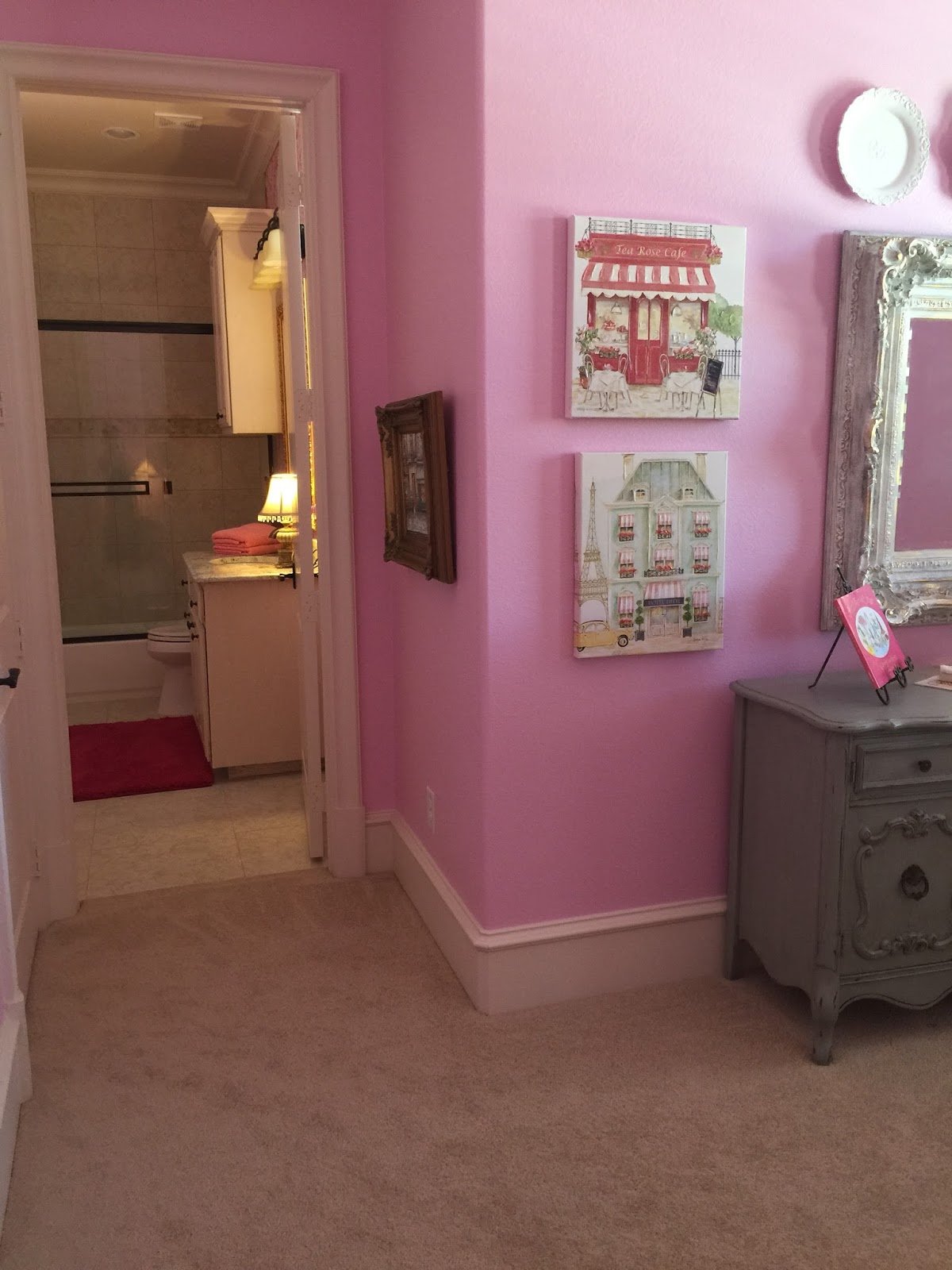 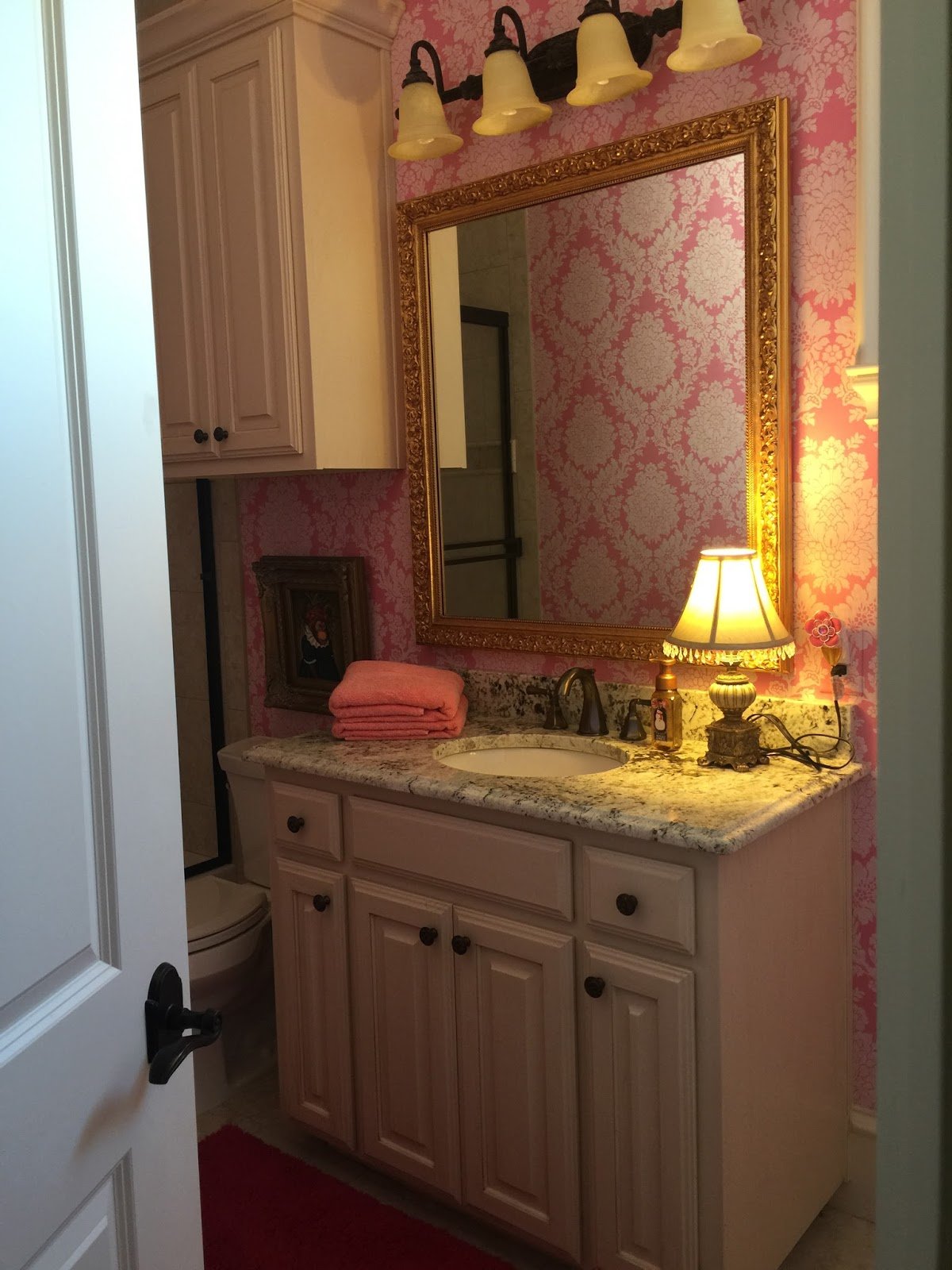 This will be the room she sleeps in until she goes away to college…the room with sleepovers, homework, nighttime giggles and so much more.  This room has been ready since we moved into our house last year…all that was missing was the girl.  I’m so glad we finally have the girl now :).

And since it’s her three month anniversary, I’m sharing little bits about her from our previous month,

Language: I feel like she’s continuing to pick up and more words and unprompted phrases.  I mean let’s be honest…our conversations are very one sided.  I’ll say things and she’ll answer with yes/no or a few English words, so we’re by no means sitting down and discussing things…but we’re making progress.  Rarely do I not know what she means/wants/or why she is upset…so that’s good.  She’s getting the hang of English…one word at a time.
Physical Development: Now that we’re meeting with her doctors and discussing options for her Vascular Malformation, we feel better because we’re getting a plan together.  Her MRI is scheduled for May and then after that, she’ll start new medications and will most likely have a few surgeries and procedures.  Her Malformation will never be corrected but we want to do as much as we can to avoid her getting blood clots.  Other than that, she is just as active as any other two year old.  She loves to run, jump and play, and this month, she started swinging (while we push her) and is even trying to pump her little legs.  Physically, she’s doing great!
Sleeping: She is sleeping like a champ…in our bed ;).  I think it might be easier for Andrew and me to just move up to her room instead of vice versa.  I know…one of these days, we’ll all feel ready for her to sleep alone…but that day isn’t now.  She won’t be two forever…so, I’m really trying to soak in the sight of a precious two year old asleep in my bed.
Food: This girl was meant to be a Texan.  She has never met a food too spicy.  I made us sandwiches with candied jalapenos last week and she was eating those jalapeno peppers like they were popcorn.  She loves salsa and if we don’t watch her, she’ll just eat that with a spoon and skip the actual meal.  She’s too cute with the spicy food!
Attachment: She is still doing great!  She is most definitely most attached to me.  She still cries if I get out of the car and leave her in there with Andrew (but if Andrew just took her out of the house with him and put her in the car, she wouldn’t).  She cries when she sees me leave.  Considering the fact that I’m with her pretty much 24/7…it’s rare she sees me leave ;).
Potty Training: I mean…she’s doing pretty good but I don’t have her in undies yet.  She tells us when she needs to go and at home, she never has an accident.  The problem is that sometimes, when we’re out and about, she’ll tell us…but if we cannot immediately, right that very second take her, she has an accident.  Like if I’m at Target and she tells me, I will start pushing the cart to the bathroom but by the time we make it there, she’s usually gone.  Sometimes, she understands and holds it (the other day, she told me when we were in the car leaving the mall and ended up holding it for almost 20 minutes as we drove home and got inside.)  She doesn’t have the vocabulary to properly explain herself to me…so it’s hard…but we’re making improvements.
I would say our  biggest struggle this month was tantrums.  She started throwing the occasional two year old tantrum (like when I wouldn’t let her take the lid off of my full ice tea and walk around Pottery Barn with it…and that did not make her happy!).  And sometimes, she doesn’t want to get in her stroller and she’ll arch her back and cry.  You know…typical stuff for kids her age.  We’re working through them and thankfully, they’re few and far between…but they’re happening this month and they didn’t happen in the past.  Part of me sees it as a relief because when she acts her age and does things that are typical for kids her age, it gives me peace…I want her to feel comfortable enough in her environment to act like a two year old (and not be back in that shy bubble she used to live in).  So, if you see me pushing a stroller through the mall with a crying kid saying the phrase “my tea” over and over again…you know we’re just making it through our day :).

We had dinner with friends who leave this week for China to adopt their 6th child.  Sixth.  They have three biological boys, adopted two boys from Korea and are now going back for their sixth boy.  They are a-mazing people!  They said isn’t it funny how after a while, you forget that they look different than you do.  You just look at them and see your child and nothing else…and I can 100% say that is the truth.  Twice this month, I had people question whether Ashby was mine or not and both times, it caught me off guard.  When I look at that sweet face, I see my daughter.  Honestly…I see my daughter and nothing different.  So, when the lady at the dentist said “really, she’s yours?”…it surprised me.  Yes, she’s mine.  Forever and always, she’s mine. 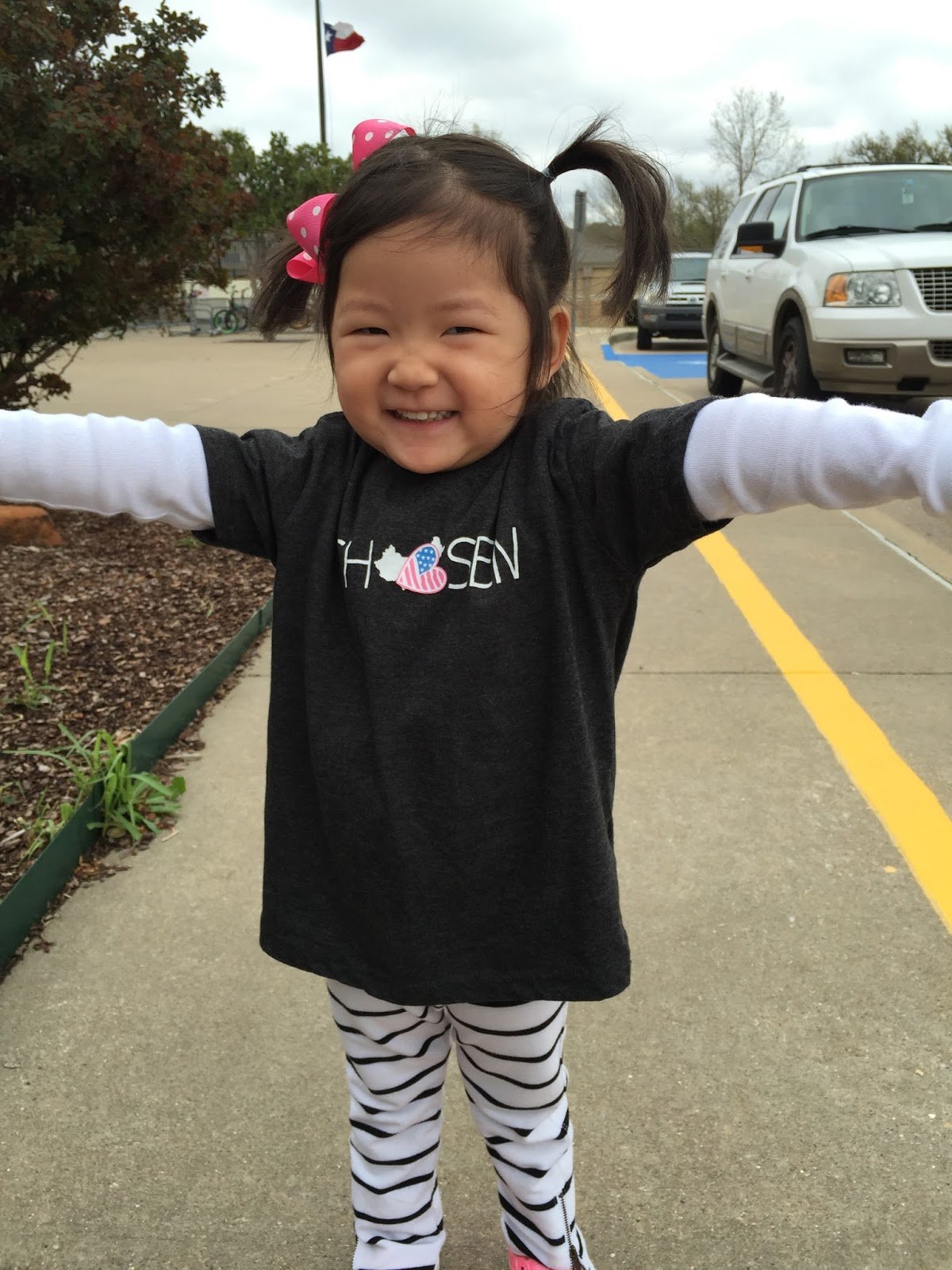 I took this picture last week…the secretary at Kensington’s school let Ashby pick out a sticker…and out of all the stickers, she picked the US Flag heart one…and then proceeded to stick it right on top of China on her shirt.  Obviously, she has no idea what any of that means, but it made me laugh.  I think she feels right at home here in the USA. 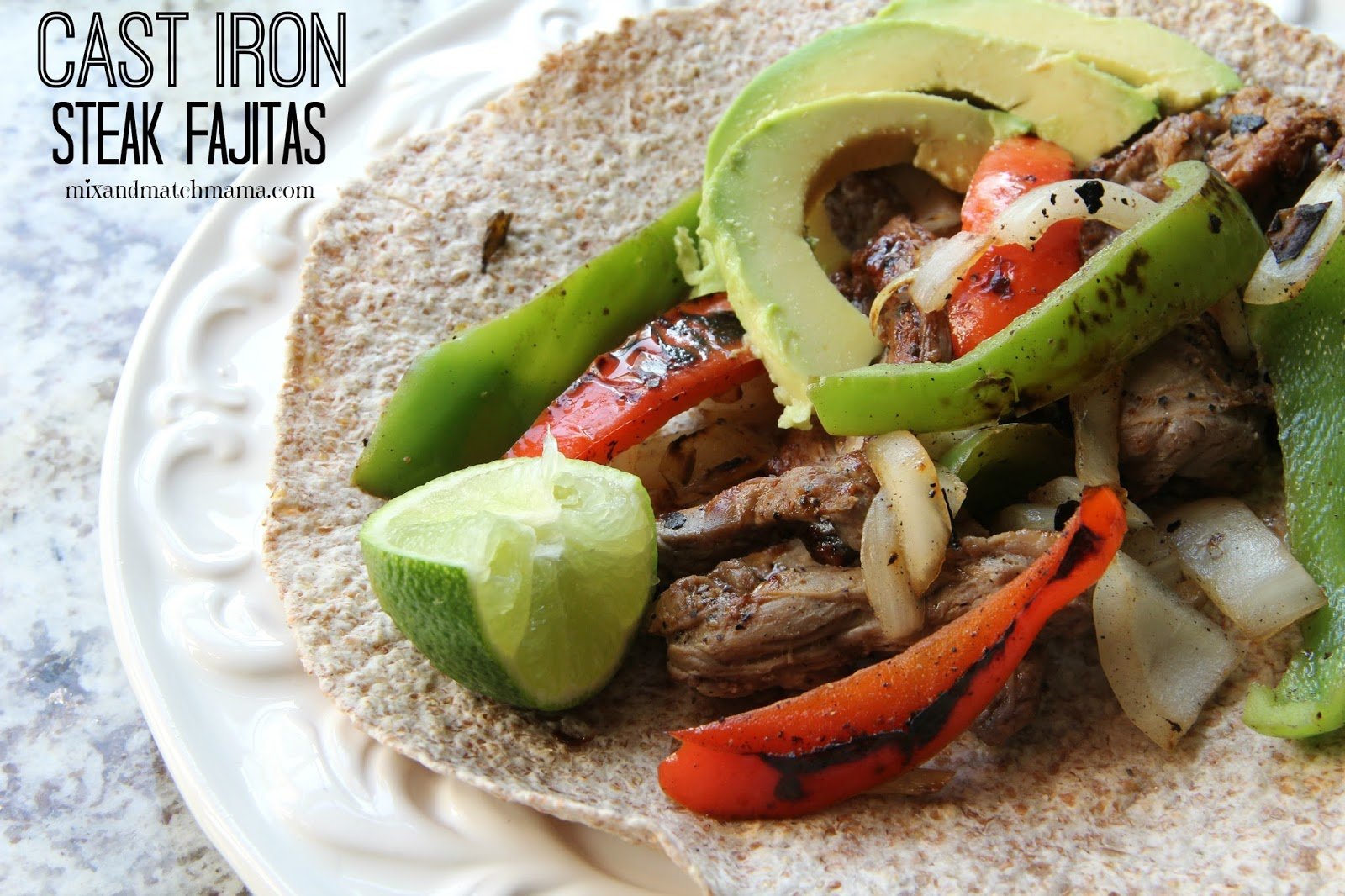 …I’ve got your covered this week for suppers! Because I’m the Mama

Fifty Two Shades of Shay: Self Tanners and Bronzers