Okay, today is a super random post that I’ve been meaning to do for a while.
Back before Christmas, Andrew and I attended this charity dinner thing where we were sat at a big round table filled with of couples we didn’t know.  And you know how that goes…you start making introductions, chatting and inevitably someone asks “how many kids do you have?” and then you’re all talking about your kiddos.
Well, at our table, the number of kids each couple had varied by quite a lot and for some reason, we started talking about which transition was the hardest for all of us…some said transitioning from 1 to 2 was the hardest while another couple said it was from 2 to 3 and one couple said after 4 kids, they’re all easy because well, you just have so many that they can’t be hard anymore.  There were a lot of us discussing this big question…what number was your hardest number when having kids?


So, I thought we could share.  I know a lot of ladies read this who are still in the middle of having kids…maybe their first, maybe they’re contemplating that third one…and everyone has an opinion about what the hardest transition child is.  I thought that if we share, we could encourage each other because honestly, it varies for everyone and you’ll never know what your number is until…you have that number.  One time a friend of mine told me that you’ll never know how many kids you’re supposed to have until you have had one too many.  Isn’t that funny?!  That makes me laugh every time I think of it.
So, what’s my number?  That night at dinner, Andrew and I were quick to agree that our number was…ONE. 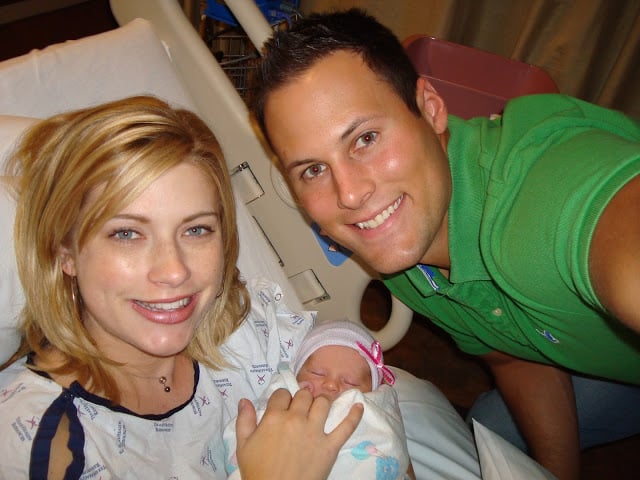 Oh sweet Kensington.  You kicked our butts.
Thinking back, going from one to two was simple and going from two to three felt easy too…but oh my word, going from none to one about killed us.  All of my friends who had babies before me and then continued having babies right after me, made having one look so easy but it was not easy over at the Shulls house.  It was HARD. 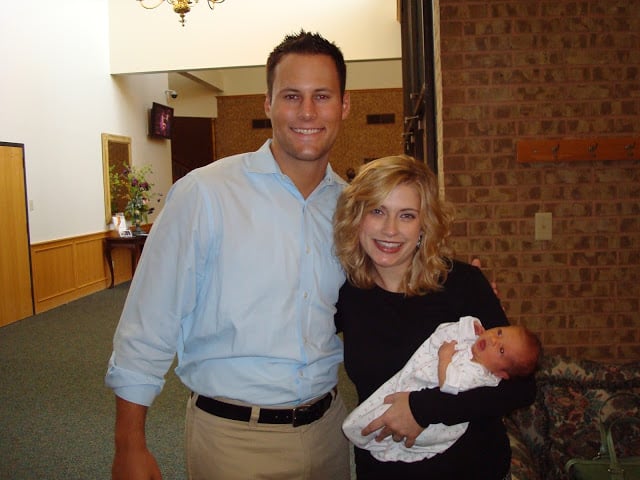 At church.  Six days after having a c-section.  Why didn’t someone tell me to just skip church that week? Ha!  Nevertheless, I was there (with extra curly hair by the way).
Here are some reasons why I think one was hard for us:
1. I wasn’t used to being at home.  I had never been home during the day until the day I had Kensington.  So, for the first time in my adult life, I was sitting around my house during the day looking at things thinking “Huh, have there always been cobwebs under that end table?”, “Shouldn’t I organize something?”, “Shouldn’t I be cleaning something?”.  I just could not sit still.  I had never been home during the day before and I felt guilty just sitting there.  I felt like I needed to be cleaning/organizing/cooking/cleaning/folding laundry/weeding/cleaning…I felt bad for just sitting there, so I didn’t…and then I was overwhelmed with little projects I would start for myself and yet couldn’t finish because…I had a baby that cried all the time. 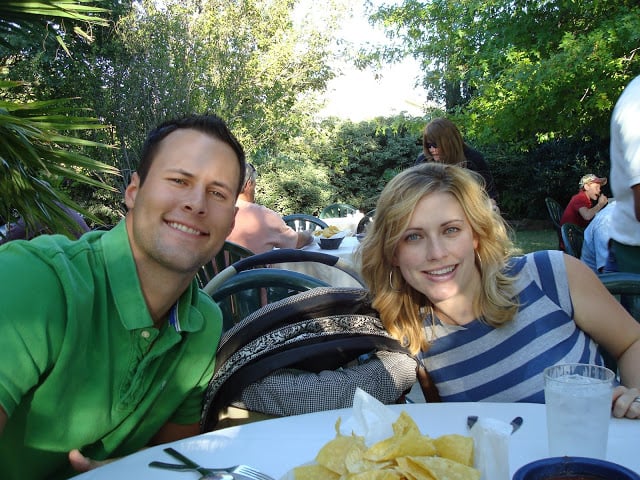 2. Our sweet, sweet, sweet baby girl number one was a crier.  See this picture?  See the looks on our faces?  Those are looks of desperation and panic because the moment our beautiful child opened her eyes, she cried.  Seriously, if her eyes opened while you were out, you were done.  She was crying.  My mom still talks about it to this day because it was freakish…eyes open, she’s not at home, she’s crying.  You’re done.  She was just a crier.  She wasn’t content lying down and looking around or even just being held…she cried. 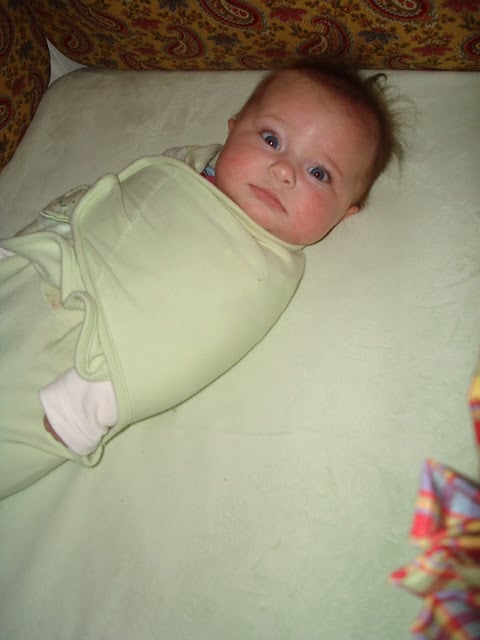 3. We were tired. I have always been a morning person.  Before I had Kensington, my alarm went off at 4:50 every morning so I could hit the gym before work.  But…I wasn’t used to having uninterrupted sleep between 10 and 4:50.  Having to get up multiple times a night wore me out.  I wasn’t prepared for that either.  It’s one thing to know your baby is going to be up several times a night but it’s another thing to actually live it. 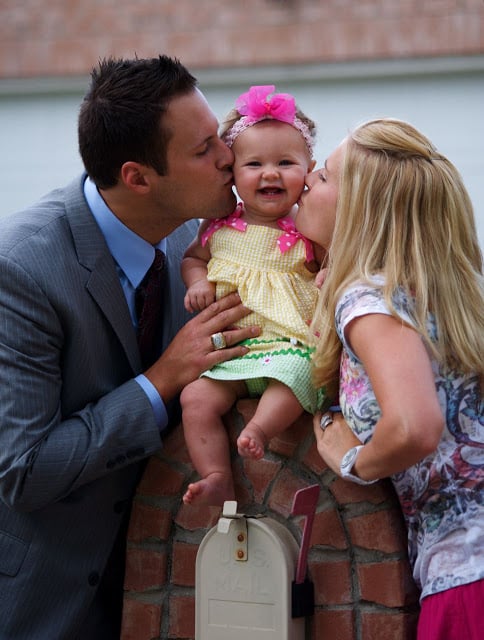 So, our number was one :).  Love this girl so much!
I know there might be some more ones out there…but maybe you were a two?  Or a three?  Or a five ;)?  Share your number!  Let’s encourage those mamas who are at their number right now and think it’s the hardest thing in the world.  Because…my number one didn’t last very long.  In this picture here, I’m already pregnant with Smith.  My time with just baby number one was rocky at times but boy, IT WAS BRIEF.  I would give anything to get that time back because it goes by just so quickly. 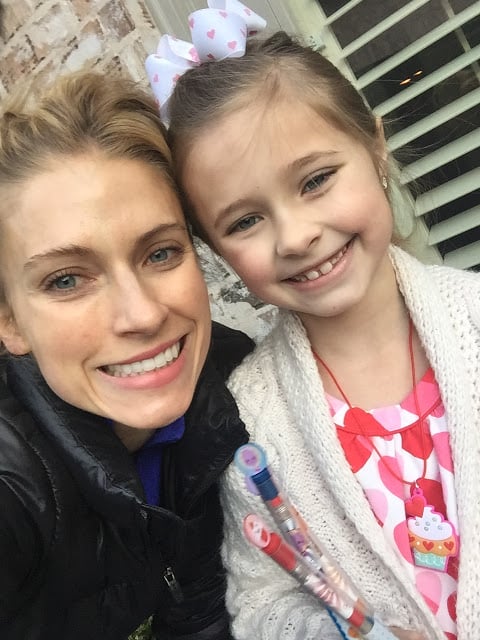 xoxo
On my foodie blog today… 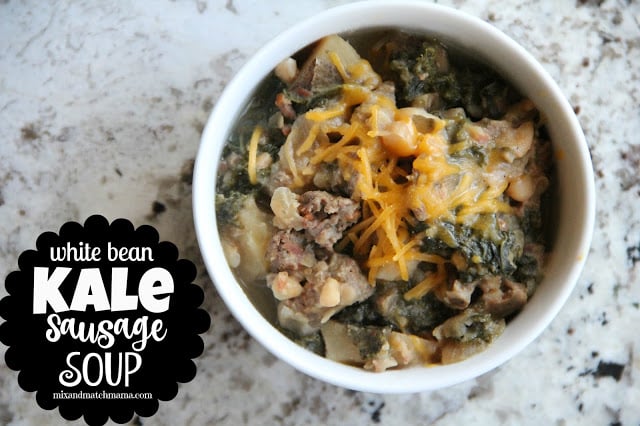 …White Bean, Kale and Sausage Soup.
And bonus…it all cooks up in the slow cooker!
See you tomorrow for What’s Up Wednesday! 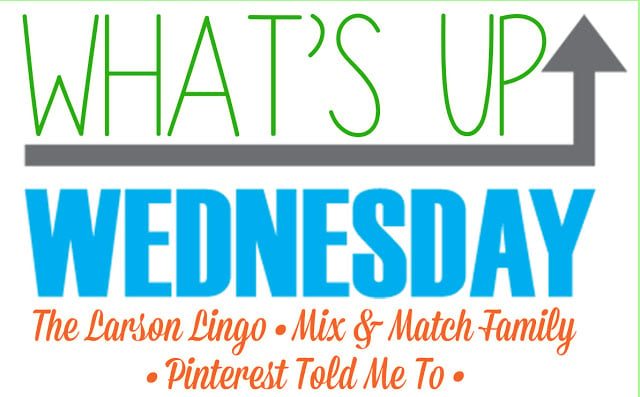