Merry Christmas Eve Eve!
Y’all…it’s a holiday.
Well, I mean, it’s a holiday in our family…you should adopt it too.  Back when I was little, we started celebrating Christmas Eve Eve because…why not? This afternoon, we’re heading to my parents’ along with Sean and Catherine to celebrate one of my favorite days of the year ;).  I’m telling you…it’s a super fun day to celebrate!
Speaking of celebrating…that’s about all we’ve done over the last week… 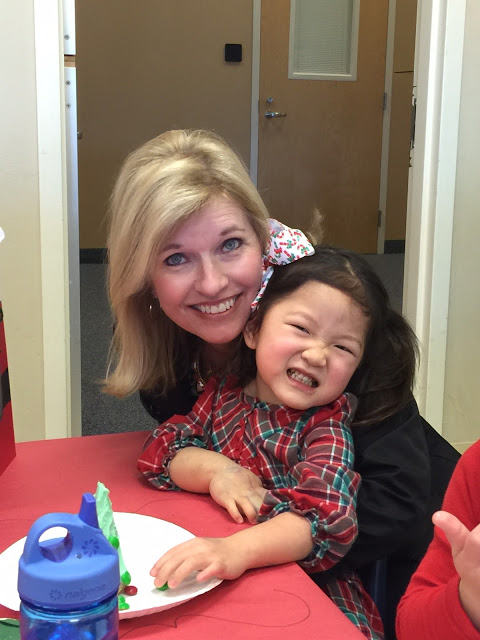 Last Thursday, Kensington was a reindeer and had lines in ‘Twas the Night Before Christmas in her class’s reader’s theater at the exact same time that Ashby had her preschool pajama/Christmas party…so, I called in the troops for reinforcement.  Lovie and Papa Jay. 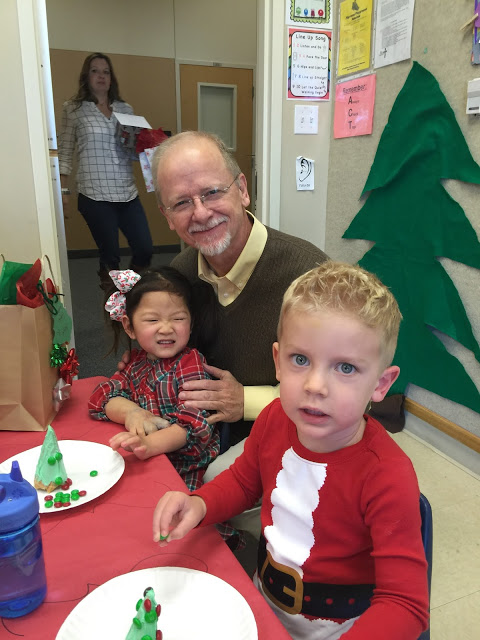 I’m pretty sure that Ashby preferred the grandparents over the parents.  She was sooooo pumped that Lovie and Papa Jay came to her school! 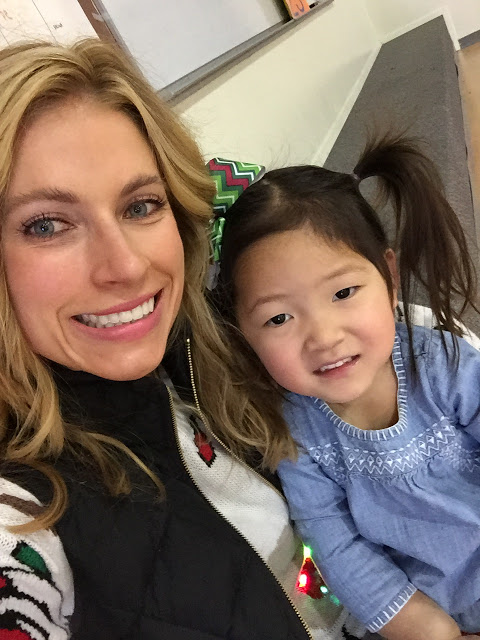 Speaking of parties…the next morning, Ashby, Andrew and I attended both Kensington and Smith’s school Christmas parties.  Woohoo! 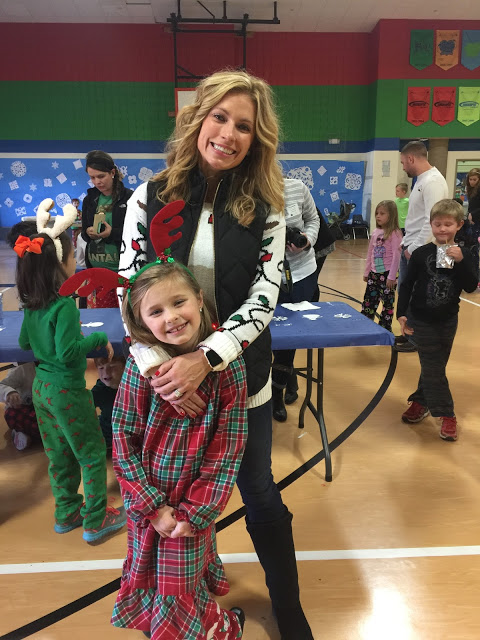 Once again, a pj party :).  I love this first grade girl SO MUCH! 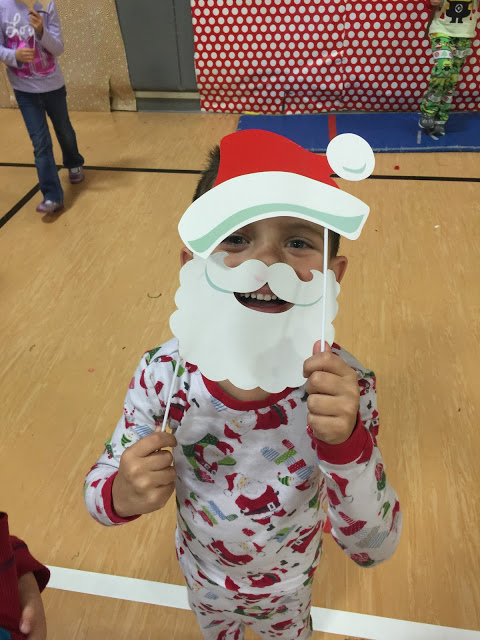 And then this guy right here…he is my little man!  He loved his first elementary school party! 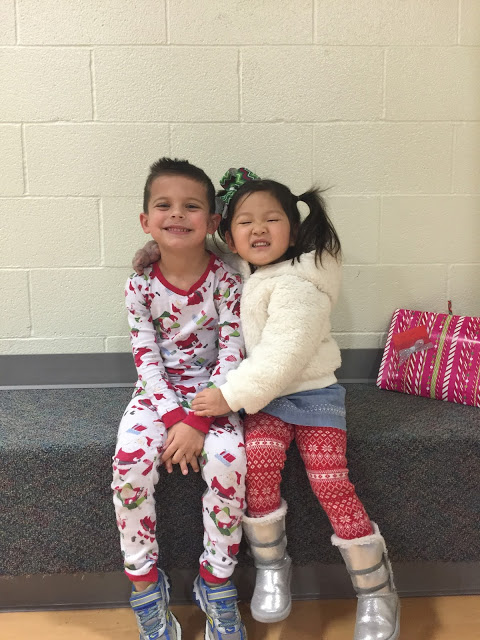 These two are as thick as thieves. 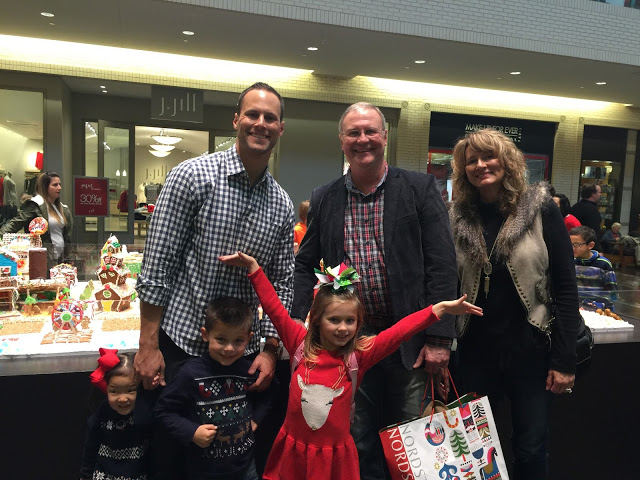 Right before school let out on Friday, Andrew’s parents arrived to celebrate Christmas with us!  We wanted to do something festive, so we headed to Dallas to see North Park Mall and have dinner. 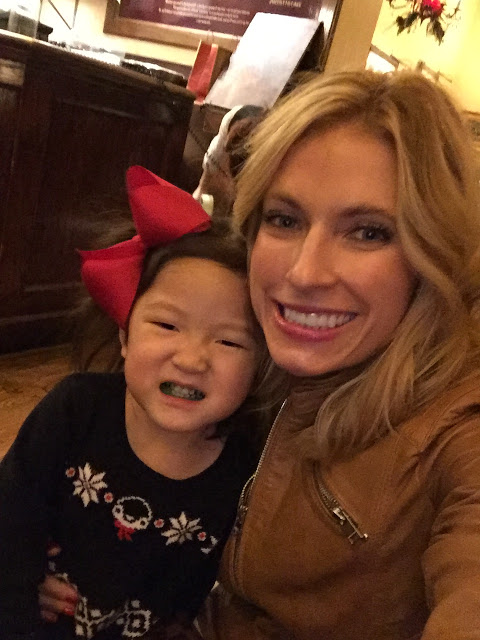 My girl.  Ignore the green teeth…she had just had a piece of green candy. ‘Tis the season for candy! 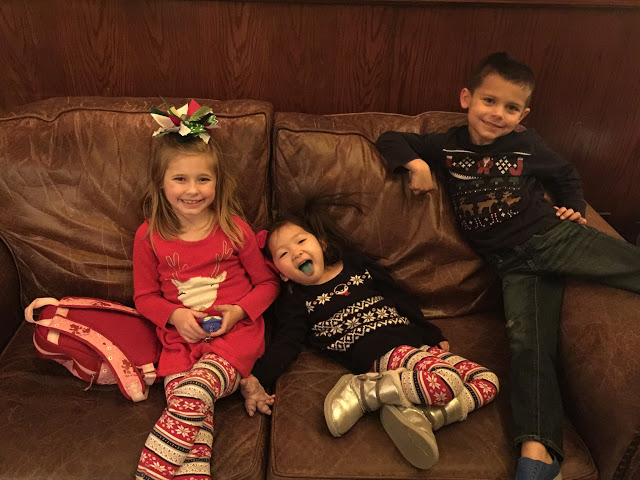 Waiting to be seated at the restaurant… 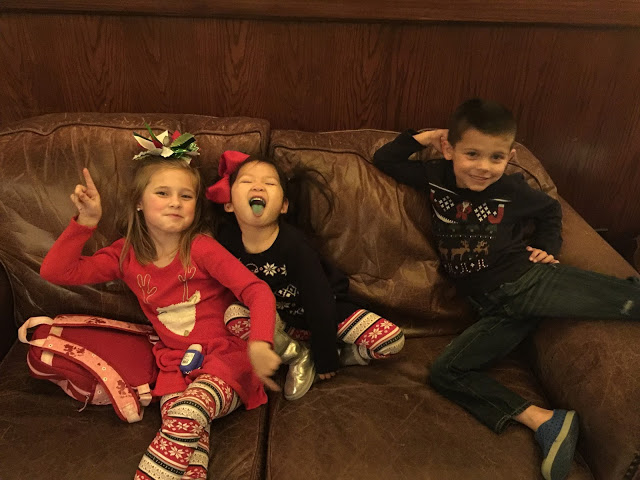 …we were “those” people with the loud and crazy kids ;). 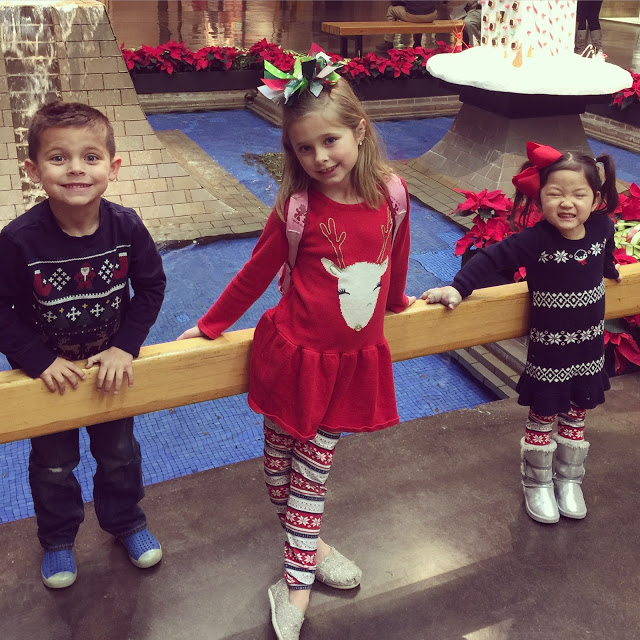 After dinner, we drove around Highland Park to see the lights.  This was just the best way to celebrate with Andrew’s parents!  We love Dallas at Christmas! 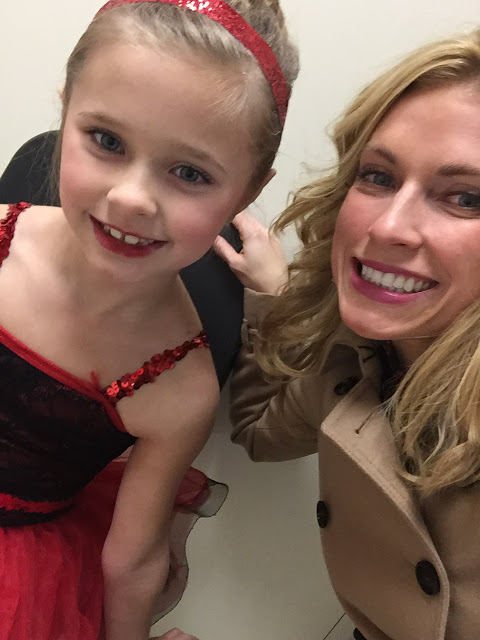 Saturday and Sunday were filled with Nutcracker performances!  This is my little ballerina and me backstage before her performance. 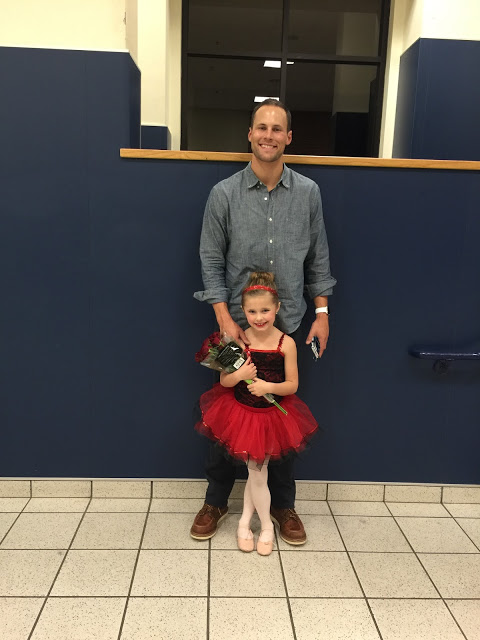 With her daddy after the show :). 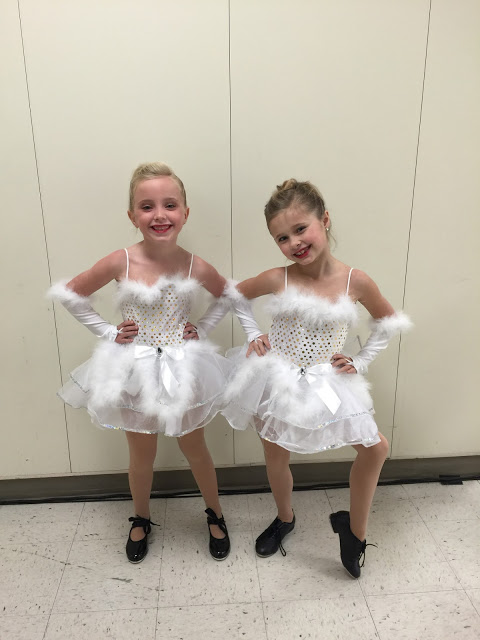 On Sunday night, I took lots of pics of these two girls.  First, they tapped! 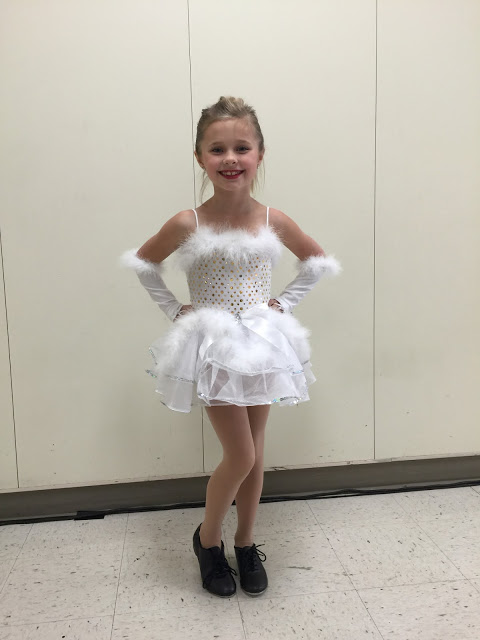 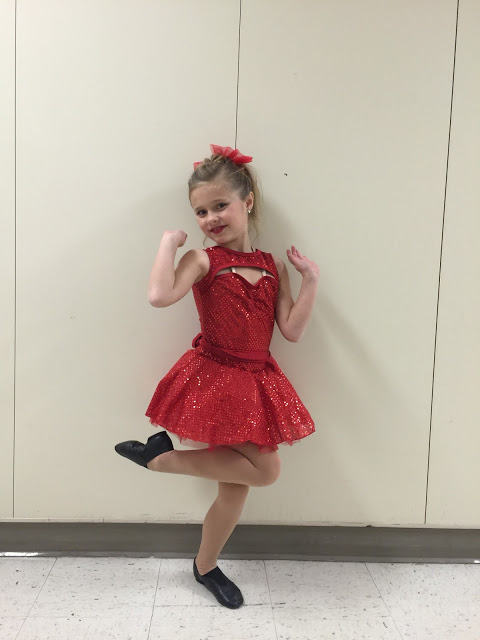 After tap, they did jazz! 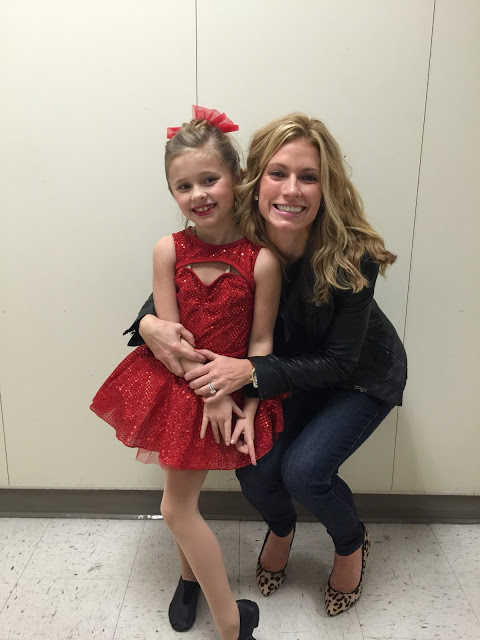 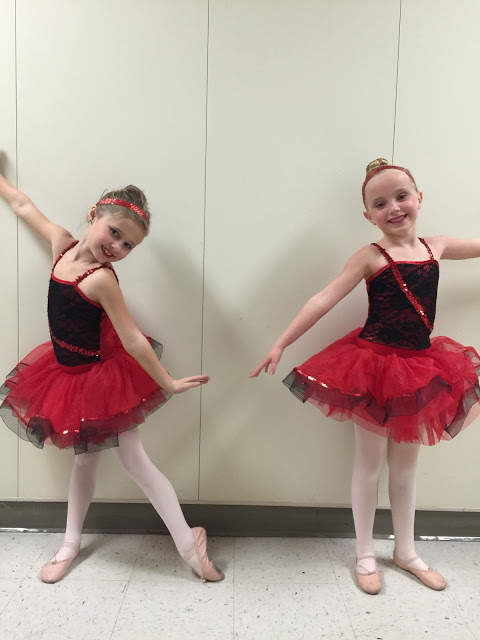 And after jazz, they were in the Russian scene of the Nutcracker. 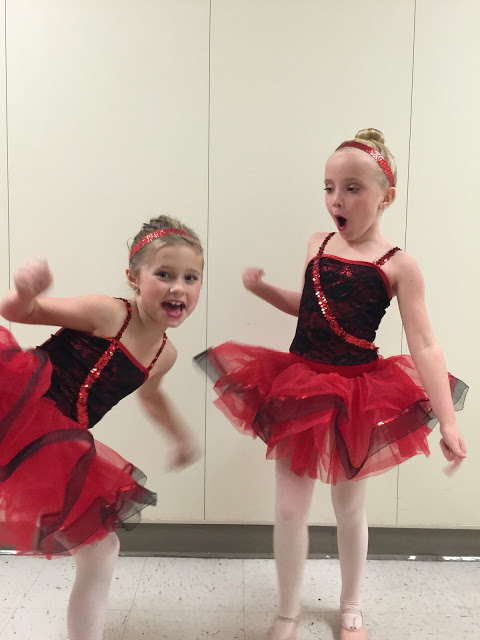 These two do not lack personality… 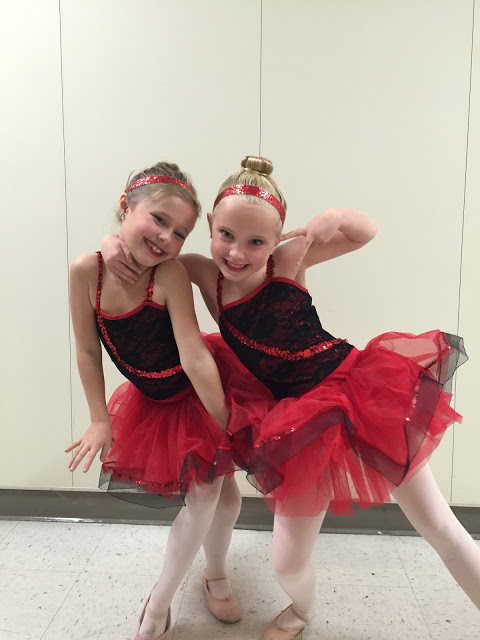 …I could not love these girls more. 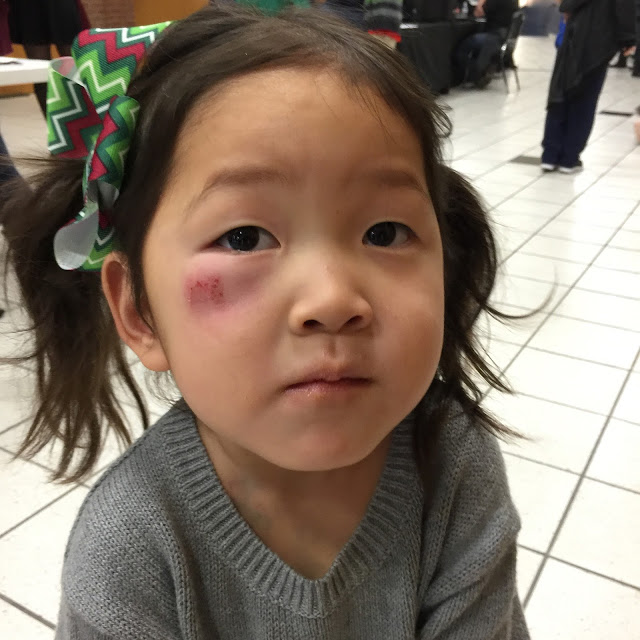 My dad took this picture while we were waiting for the performance to start.  On Sunday afternoon, Ashby had a run in with the ottoman.  The ottoman won. 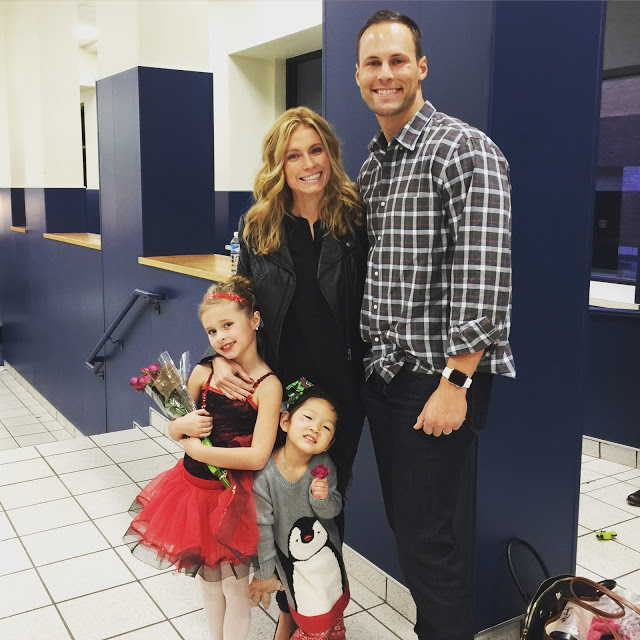 Here we are after Sunday night’s performance.  Where is Smith?  He is asleep.  Smith slept through both Saturday and Sunday nights’ performances.  Basically, turning on the soundtrack to the Nutcracker is like shooting Smith with a tranquilizer dart. 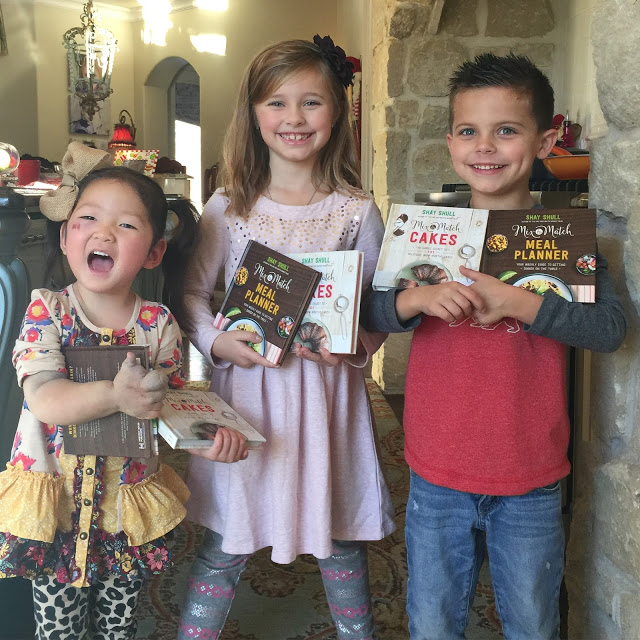 And then look what showed up at my door on Monday afternoon!!!  Copies of my two new books!
Somebody pinch me.
No, seriously…like, I need to be pinched!
I have worked on these books all year long but to hold them in my hands is a whole different ballgame.  I was so excited to see them!  They are exactly what I wanted them to be.
Both books are available on February 1, but can be pre-ordered now here.
My passion is being in the kitchen with the ones I love, and I feel incredibly blessed to share that with you.
Now, get off the internet and go celebrate Christmas Eve Eve :).
Love you guys!