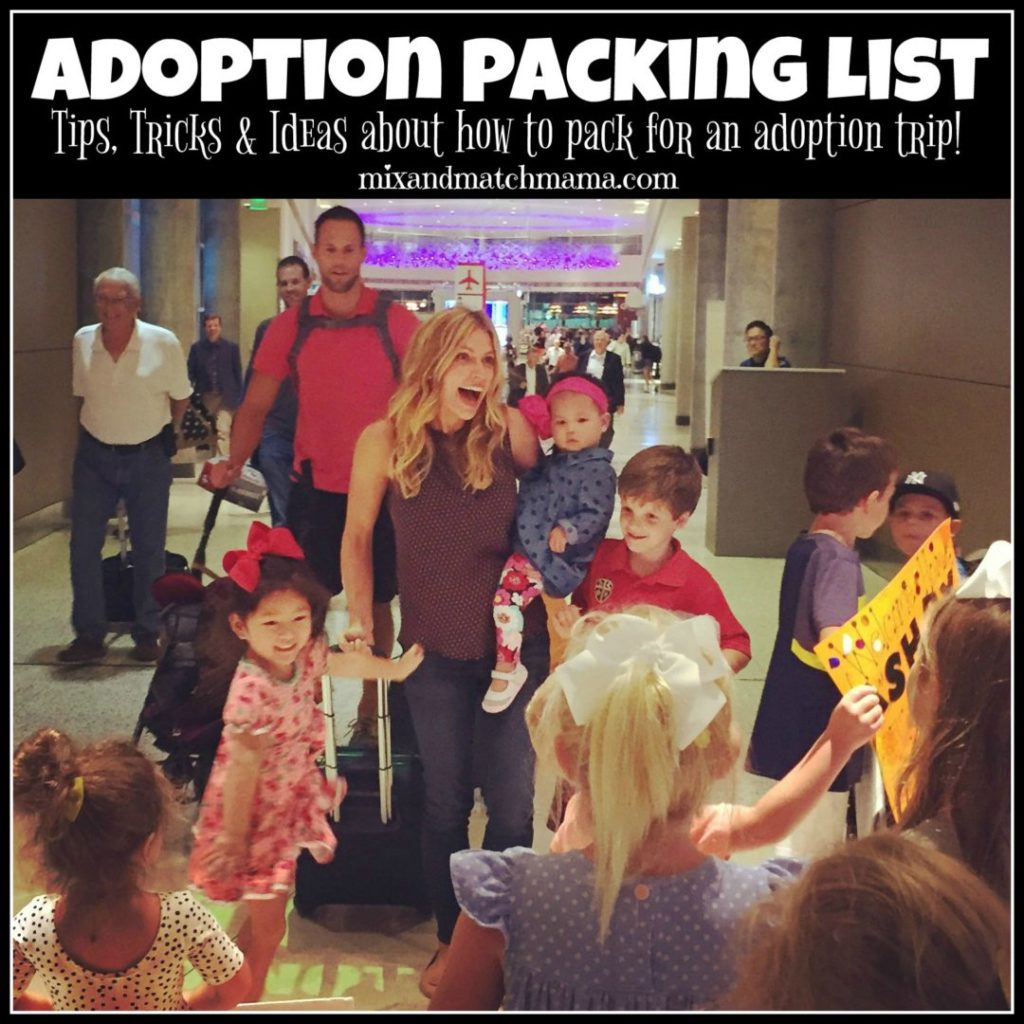 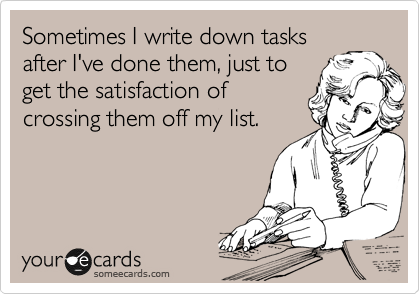 Last January, I shared my packing list for adopting Ashby, but since then…I’ve been back for round two… 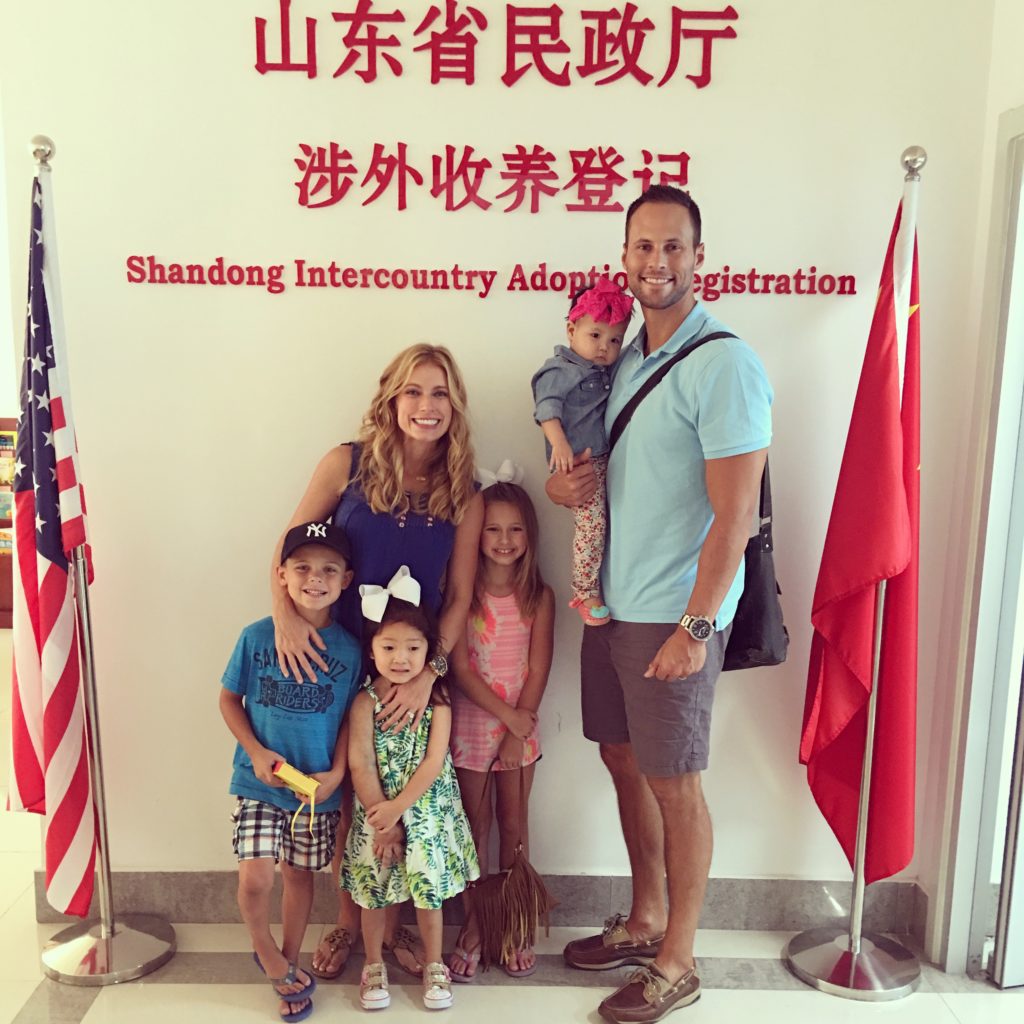 …plus several of my friends have been over the last year (or are going to go soon), so I asked them and came up with an updated list.  I get asked all the time to share my favorite tips, tricks and ideas for how to pack for an adoption trip, so hopefully, this will help some of you out there embarking on the same journey.

Now, I’ve only adopted from China, so of course, my tips come from there, but when I asked my girlfriend who adopted from Uganda for her suggestions, they all overlapped, so I think it’s a solid list no matter where you’re adopting from.  Of course, if you’ve packed for this kind of trip, please chime in too!  We cannot have too many packing tips today!

We pack for overseas trips quite a bit here at the Shull house but packing for an adoption trip is a whole other ballgame.  It can beat.you.down. 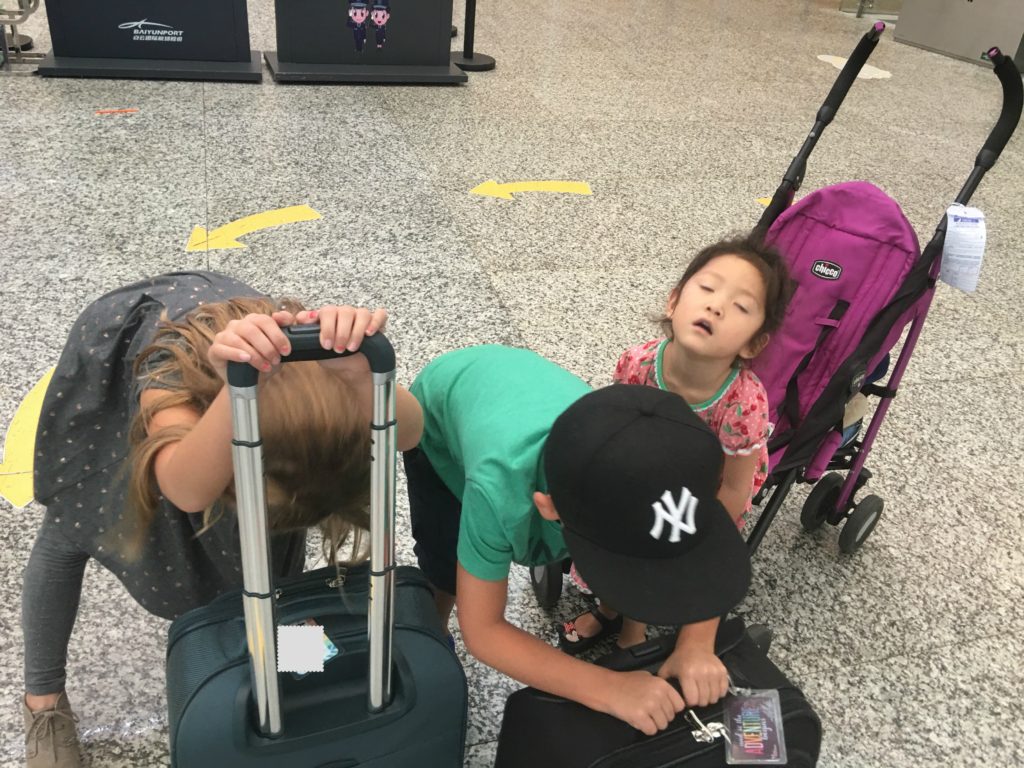 My kids in route to China.  They were about 24 hours in at this point.  And still not there.

The problems with packing for an adoption trip are such:
1: You don’t know this new person you’re about to meet, so you’re not exactly sure what they’ll need.  You also don’t exactly know how big they are, what size clothes they wear, what size their shoes are.  You just don’t know exactly what to expect when meeting them.  Do they like stuffed animals? To color?  To be left alone?  You don’t know!  So you have to pack creatively!
2: You live in fear of forgetting something.
3. Because you live in fear of forgetting something, you over pack.
4: Adoption trips are LONG!  We were there for three weeks the first time!  My friend with a son from Uganda was there for four.  That’s a long time to be gone!
5: You don’t want to have to lug 10 suitcases across to the other side of the world, so you really should pack smart.

Here are some of my random thoughts about my two trips to China before I share our list:
1: We traveled to five cities over two trips and really did not have any trouble finding things we may have forgotten/needed.
2: They have tons of stores/brands that you will recognize if you need anything (one girlfriend told me she just bought shorts at H&M while she was there), we bought Madeley shoes from Stride Rite in China (the store looked identical to the one here at my local mall!)…they really do have things you’ll recognize.  They also have a ton of big chain baby stores for all of those baby essentials (diapers, wipes, formula, bottles, etc), so if you run out, do not worry.  They have plenty of stores that provide that.
3: I had a major allergy attack this second time and my eyes were so itchy that I couldn’t see straight.  Since I wasn’t expecting that, I wasn’t prepared with the necessary drops…but there was a local pharmacy on my corner and they had me fixed up in no time flat.
4: Everyone I talked to that did a Chinese adoption said the exact same thing and I completely agree: THE LAUNDRY SERVICE THERE IS FANTASTIC!  We used laundry services in every city both trips and then we had them do one big load before we headed home and it was AMAZING.  We came home with suitcases full of CLEAN CLOTHES.  Hallelujah! This is a very universal tip for China.  Don’t use the laundry service inside the hotel, ask your guides and/or drivers for outside laundry services and they’ll connect you.  At one point, Andrew said we should just start shipping all of our dirty laundry to China to have it cleaned because they do such an outstanding job 😉 .
5: Because the laundry services are so great in China, my recommendation (and my friends all agreed) is to bring only a week’s worth of clothing instead of two or three.  This last time we went to China, that’s what we did.  We brought enough clothes for one week and then had them laundered three times.  Plus, we each only brought two pairs of shoes…and that was seriously all we needed!  We each brought a pair of tennis shoes and then one other pair (sandals for the most part), so that made things way simpler.
6: We traveled to China to get Ashby in December and January…so it was extremely cold.  In this instance, we packed a lot of layers that could be added to or taken away depending on the temperature.  Instead of bulky items, we brought layers because it was colder in some cities than in others, so this allowed us to wear the same things (just fewer layers) instead of bringing extra stuff.

Whew!  Okay, so this list is from me and four other girlfriends.  Again, if you think of some things that we should add to it, let me know!! 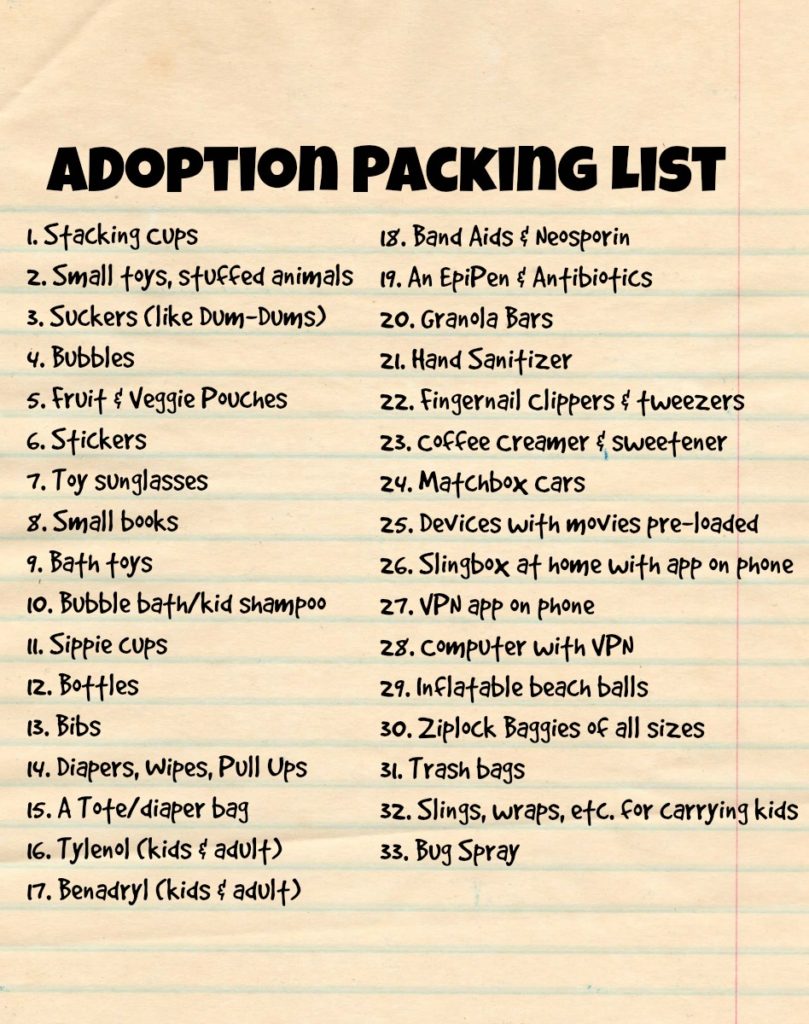 Okay, allow me to further explain a few of these:

19. Ask your pediatrician or your family physician about an EpiPen.  One of my biggest fears was that one of my girls had a food allergy that the orphanages were not aware of and that we would feed her something one day and she would have a major allergic reaction.  All of my girlfriends told me that they brought EpiPens for this very reason. The orphanages tell you quite a bit about these kiddos, but not everything…so it’s better to be prepared in case of an emergency.

25. It’s next to impossible to download movies once you’re there on an iPad or iPhone, so make sure your devices are fully loaded before you come.

26. The Slingbox saved us on both trips!  You buy this device called a Slingbox here at places like Best Buy and install it on your home TV and then download the app on your phones/iPads and then that way when you’re in the other country, you can watch what’s on your TV at home including LIVE TV AND YOUR DVR.  Praise the Lord!  Unless you want to watch CNN on repeat in China (because that’s basically the only English channel you’ll find), you need the Slingbox.  Andrew was able to watch the Cowboys play live (it was the middle of the night in China but he woke up to watch!), we watched shows at night while we were in bed on our DVR at home, the kids watched their Disney shows or the Disney channel…it was so nice to turn on the app and get a little bit of home way over there.

27. In China, the internet is highly restricted.  No Facebook, Instagram, blogs, Google, etc.  So, if you want to turn on your phone and see any of that, you have to VPN through Wifi.  We used the VPN app called Betternet and this allowed us to look at/post in Facebook, Instagram, google something, look at blogs, it allowed me to blog, etc.  Without it, you cannot look at those sites.

28. We learned the first time that unless you bring a laptop with VPN, you might as well leave your laptop at home.  Andrew and I each brought our laptops the first time and mine was useless because I don’t have a VPN, so I used Andrew’s the whole time.  The second time around, we just brought Andrew’s.  Because again, the internet is so restricted that you must VPN through the States to get on so many popular sites.

And I always get asked about flying home with your new one.  Sigh.  I’m not going to lie.  It can be a challenge.  A 15 plus hour flight with a new child that doesn’t speak the language, doesn’t understand what’s going on, has never seen/heard of/been on a flight is complicated.  A lot of these items will entertain them (stickers, suckers, small toys, etc.).  I found that neither of my girls were interested in watching movies/iPads/shows on the flights because they didn’t understand them, got frustrated that when they touched the screens, it paused/turned off…they just didn’t care…so, we just survived.  We walked up and down the aisles, we played silly games, we tried coloring, we.survived.  Repeat that to yourself…because that’s probably going to be what you do…survive :).  And it will be so worth it when you arrive! 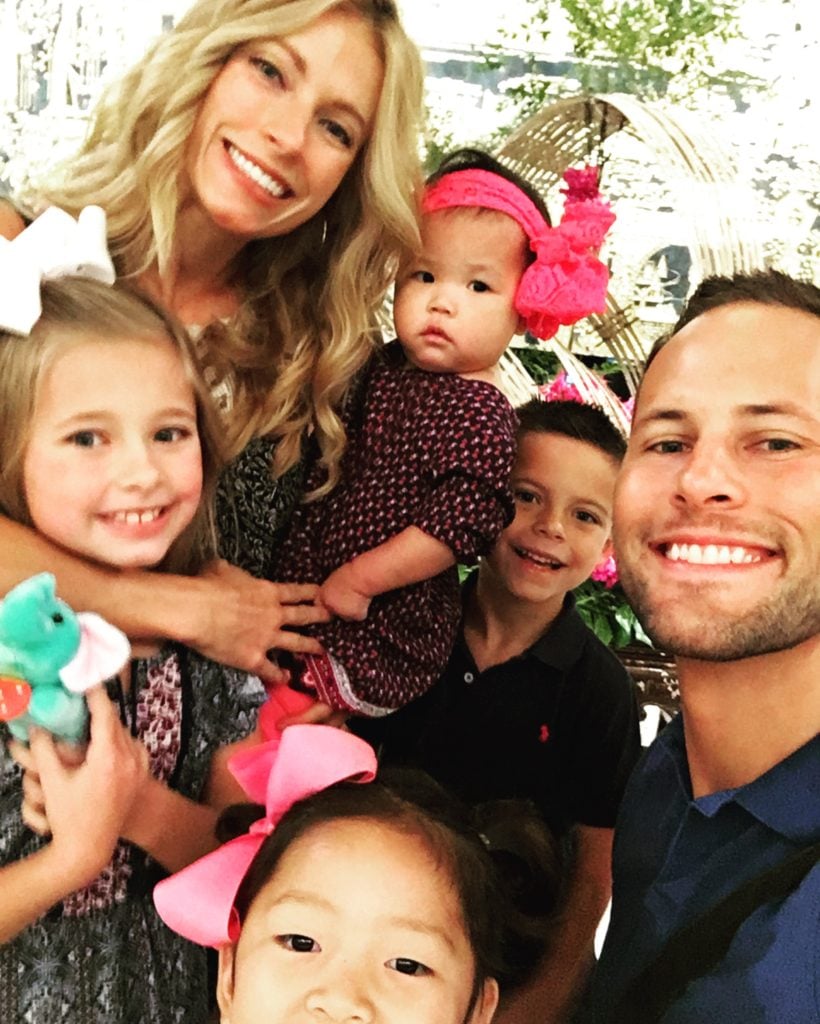 What I love most about this post is that I’m having to update it because so many of you are traveling abroad to bring home kids. PRAISE THE LORD!  How awesome is that?!?!

Will you remember everything?  Probably not.  Will you survive?  Absolutely!

Happy packing friends!  If you adopt (or have recently adopted!) a new little one, please email me a picture!  Nothing makes my heart happier than to see new families built through adoption.

Sending you lots of love this Tuesday! What’s in my carry on bag?