Yesterday, we went to the kiddie pool with a ton of friends. About 3 minutes into it, I was disciplining Kensington for not sharing when I dropped my camera (only 5 months old) into the water. It was only in there about 3 seconds but didn’t work. My sweet friend Sheaffer said she thought she could fix it. She proceeded to “beat the crap out of it” (her words, not mine) and then let it dry out. Apparently, she read somewhere on the Internet that those two things would fix it. So imagine my surprise when I tried it again this morning and it worked. Sheaffer was very proud of herself :). Who knew that letting a friend whack the heck out of your camera and then dry it out would fix the problem??? Thanks Sheaffer :)! 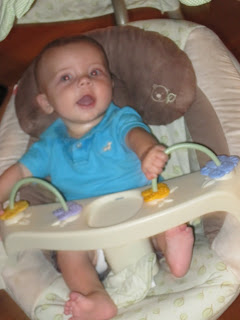 Smith was swinging before we left. He loves this swing. I will put him in it when he’s 5 if he’ll let me :). 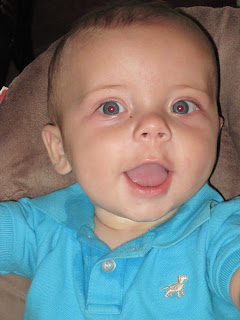 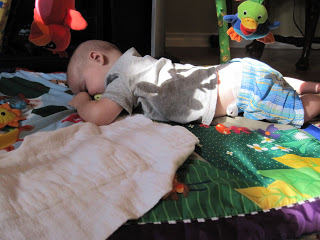 Then, he needed to nap on the play mat before we left. 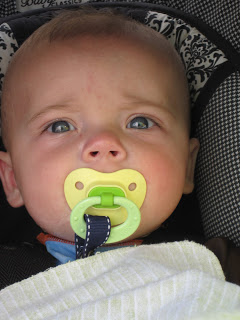 Now, he’s at the pool hanging out. 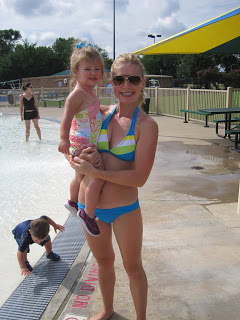 She only complained twice yesterday that her arm hurt (they said that would happen). What a tough cookie! 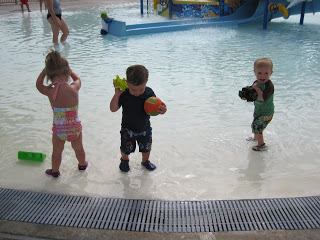 Kensington, Jaxson and Carter…I would link you to their blogs but their mommies have them set on private…I really think they do this just to drive me crazy 🙂 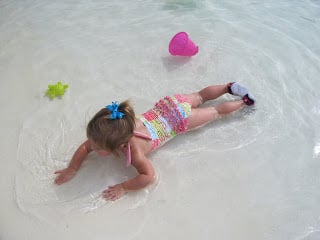 And at this point…the camera went SPLAT into the water. Seriously, about two seconds after I took this picture.

And then this morning, it worked! So here is a picture to prove it… 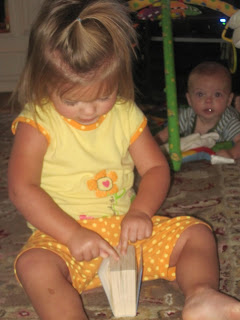 This is Kensington reading one of my French books. I minored in French in college, so I have a whole collection of books in French. For some reason, she’s obsessed with this one book (there aren’t any pictures). Last night, I found it on the floor, so I sat it on the counter. This morning, she walked by and goes “oh, my book” and set off with it. I also like this picture because Smith is in the background probably thinking “wow, my sister reads French?”. Show & Tell Tuesday: When I grow up…