Last night, we headed to the Galleria to meet Santa.  Kensington has cried her head off the last two years, so we had been discussing this meeting for over a week.  (If you want to see the most pathetic picture from last year, click here.)﻿  All day, she had been repeating “I won’t cry when I see Santa.  I’m going to ask him for a Barbie and a kitchen”.  We were still nervous. 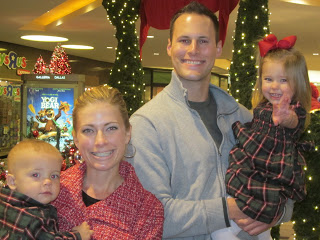 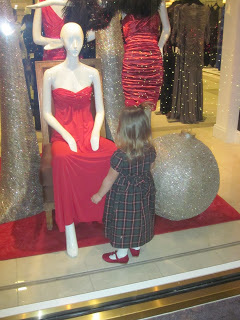 While we were waiting for Uncle Seanie to show up (us Lowes always travel in large groups for such occasions), Kensington ran off into Saks Fifth Avenue and got in their window display.  I snapped these pictures while Lovie went in to get her. 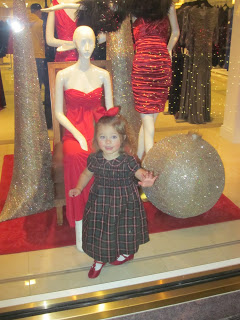 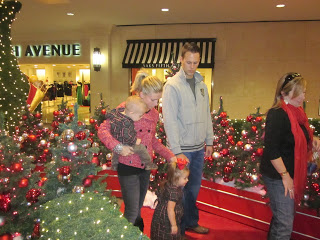 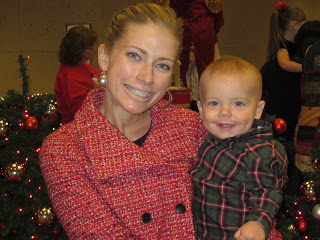 We were nervous about Smiley here because, though he is almost always happy, he HATES Sunday School, so we weren’t sure if that stranger danger complex would kick in when it was his turn to see Santa. 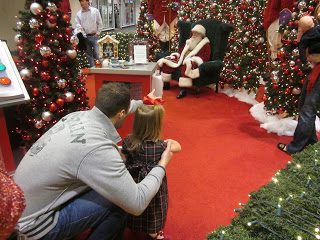 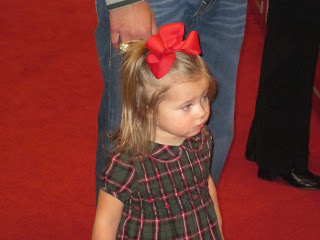 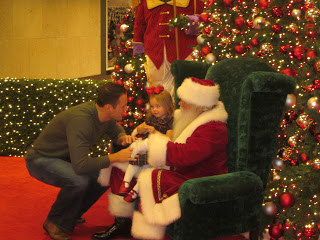 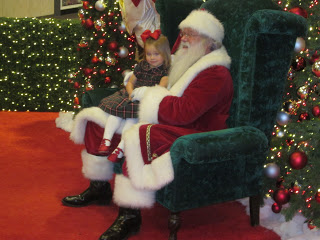 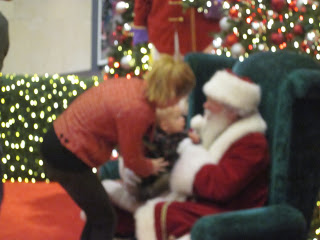 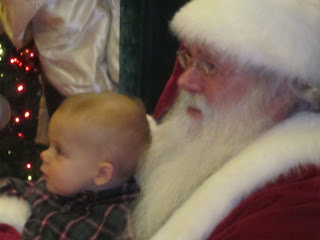 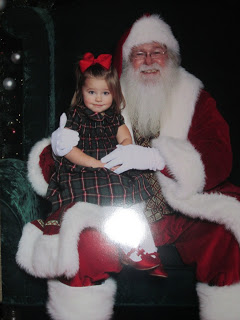 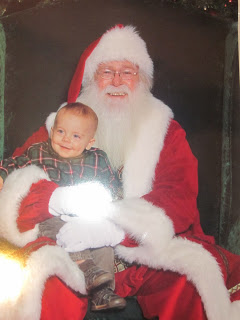 I bought two 5×7 pictures and then took a picture of each picture this morning…that’s why the quality is poor.  In person, the photos turned out spectacular! 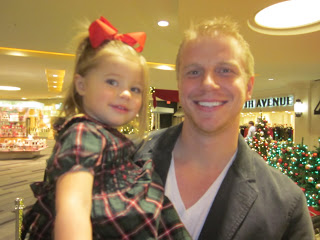 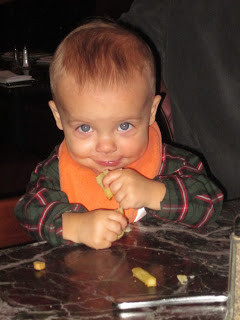 Smith does this thing when you’re talking to him where he lowers his chin and grins…kind of like he’s saying “are you serious”.  It’s super cute, so I took a picture of it. 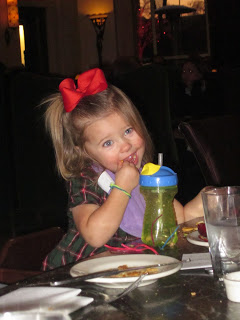