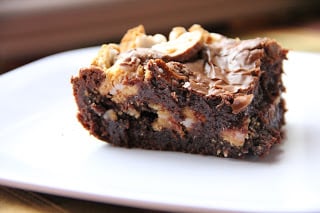 Sometimes, I get an idea and it just works out perfectly.  This is one of those times…I was with my kids at the grocery store, I saw egg nog ice cream and my brain started working.  I kept thinking…what could I do with that ice cream???  I went home…thought some more…and these brownies came to mind.  Remember, I made these brownies over the summer using cookies and cream ice cream and hot fudge?  Well, this time, I wanted to use the same method but give it a Christmas twist, so I used egg nog ice cream, a little cinnamon, Golden Oreos, and Eagle Brand Milk.  I took them to a Christmas party and they were gone in seconds.  Gone.  Finished.  Disappeared.  I doubt anyone there even knew that egg nog ice cream was involved…they just knew these brownies were awesome.  Ahhh….the mind of the Mix and Match Mama.
**PS: see below for a second Christmas option for making these brownies**
Shopping List
I box brownie mix (plus however much oil and eggs it says on box to prepare)
1 tablespoon cinnamon
1 heaping half cup of egg nog ice cream
1/4 cup Eagle Brand Milk
12-15 Golden Oreos, broken into pieces
Preheat oven to 350 degrees.
Grease an 8×8 inch baking dish. In a medium bowl, combine brownie mix with oil and eggs but don’t add in the water. Add in cinnamon, ice cream and Eagle Brand. Stir until incorporated. Pour half of the batter into prepared pan. Layer crumbled cookies over batter. Poor remaining batter on top of cookies.
Bake about 35-40 minutes (or until toothpick inserted in the middle comes out clean). Let brownies cool in pan about 15 minutes before slicing.
You won’t really think egg nog when you take a bite…you’ll just think wow!  The brownies with the cinnamon and nutmeg spice of the ice cream compliment each other so well.  Plus, the crunch of the Golden Oreos make these bars especially delicious.  The perfect Christmas brownie.  But…if you can’t find egg nog ice cream…don’t despair!  See below for one more suggestion… 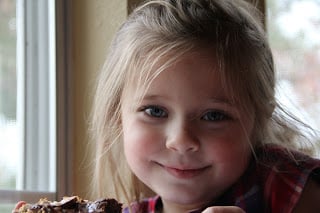 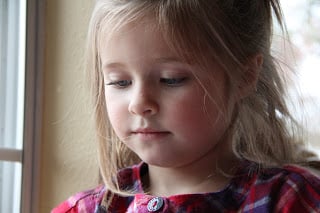 What if you can’t find egg nog ice cream?  You could use the exact same method using peppermint ice cream and either the holiday Oreos (they taste just like regular Oreos but have red icing) or you could use the mint chocolate Oreos (for an even bigger peppermint flavor).  Omit the cinnamon and then just substitute your ice cream, your Oreos and instead of Eagle Brand, add in hot fudge sauce (at room temperature).  That’s it!  A second brownie recipe.  A little Christmas gift for you :).