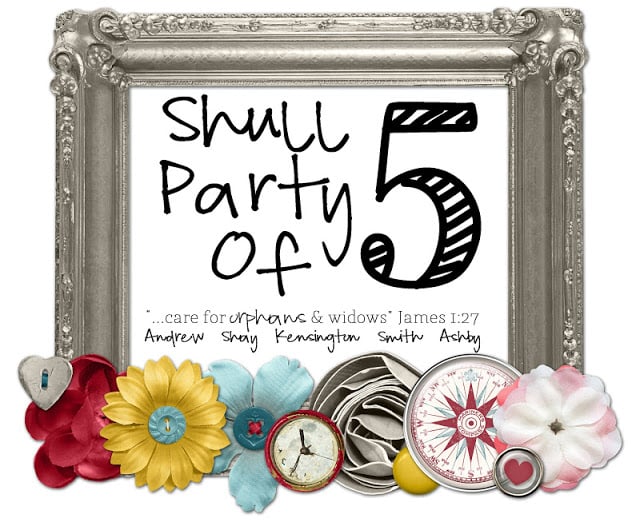 Yesterday, I shared with you the big news about how the Shull family is expanding by one girl.  Sweet Ashby London will be adopted from another country and a part of our family forever.  Today, I’m going to post Andrew’s part of the testimony.  God did not work on our hearts at the same time or the same way.  We thought it was really important for you to hear both sides of our story.  This is Andrew’s…

When I reached the cabin, my friends thought I was wearing some kind of three dimensional leafy outfit, but it wasn’t camouflage.  It was shredded, charred skin.  A mediflight helicopter took me to a burn unit where I was told I wouldn’t have much of a face left and that I would probably lose my sight as well as the use of my hands.
God put an absolute halt on my life.  I was so busy being so successful; I was on such a fast track, that God was a part of my life but he was not the most important part.  He was not on the throne of my heart or at the center of my universe.  I was at the center.  I don’t believe God caused the fire, but I believe God allowed it because he wanted to get my attention.

That was the part of the story where I stopped and woke up.  I felt as though God wanted my attention and I felt all of the sudden like he was wanting me to act on the adoption.  I have been so blessed in so many areas of my life.  My family, my wife, my business, our wonderful community, …etc.  There have been things that have happened in our lives that the only explanation is God.  People ask how did that happen and all I can ever say is that God did it.  What I sensed was God saying, “Andrew you are at a crossroads.  You can sit on your heels for the next few years being comfortable (two kids, nice home, great business, 1 dog)and like Rich, I can grab your attention.  Or you act on the adoption and get going.”
So, I did what any normal Christian would do.  I didn’t do ANYTHING but told myself I would pray about it a little longer and tell Shay at the right time.  God had other plans.  Later that afternoon when I got back in the office, I was making sales calls and something happened I will never forget.  God wanted my attention, he wanted me to get going.  Go back to the story of Rich and his truck being fully engulfed in flames.  That must have been a horrific sight.  Then it happened… when I looked out my office to the parking lot 75 yards across the street, there was a pickup that had caught on fire and like Rich’s truck, was fully engulfed in flames.  No one was inside thankfully, but needless to say God got my attention.  In 32 years I have never witness God moving like this.  After seeing this, I sat Shay down, told her what had happened and we started our adoption journey.
So I ask each of you readers, what is God calling you to do today?  Could you be the one to step out on faith and adopt, go on a short term mission, go on an international mission trip, or just walk across the street and invite a neighbor to church?  God wants your attention.  Need a plan?  Start by reading Not a Fan by Kyle Idelman.