Yesterday, Kensington turned FIVE!  She gets to have a little friend party tomorrow and then our family will celebrate this Saturday, so on her actual birthday, we let her do her favorite things.  It was such a wonderful day! 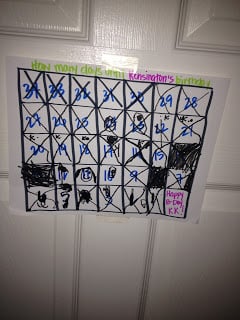 Back in August, I was tired of hearing Kensington say, “it’s almost my birthday, so can I ____”.  And the blank was usually filled with things like “eat ice cream for dinner”, “wear my swimsuit to church”, “stay up late”, etc.  I made this little calendar one day after she said, “it’s almost my birthday, so can you go make my cake”…and we had 34 days to go.  She has loved marking off each day when she wakes up :). 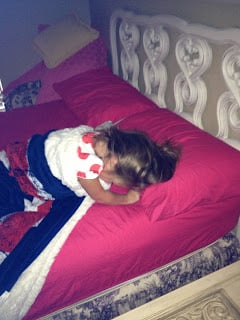 Andrew, Smith and I went in to wake her up and sing Happy Birthday! 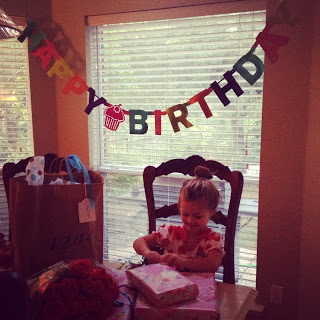 Downstairs, we had her gifts from us, a little banner, donuts and flowers.  Her favorite things. 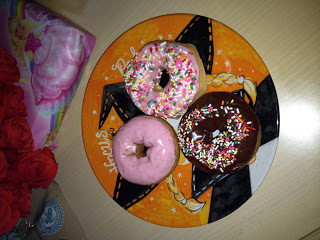 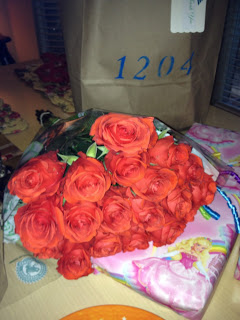 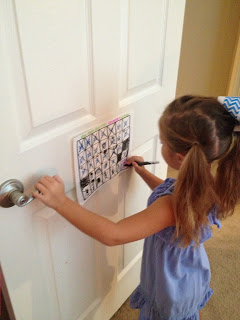 Here she is marking off her last day before we head to church. 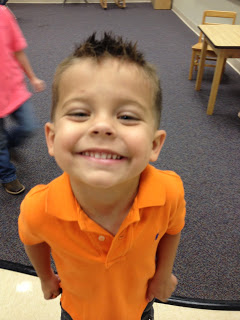 This guy cracked me up yesterday!  He spent the entire day telling us how he is going to do his birthday differently.  For starters, he said his birthday will not fall on a Sunday because he doesn’t want to go to church on his birthday, he wants to play with Nixon all day.  Then he said he doesn’t want any cakes, cookies or cupcakes, just pizza all day.  When I asked him where I would put his candle, he said, “in my pizza, mom”.  He also told me there would be no princess or mermaid talk on his birthday…we will all have to talk about superheroes all day.  January 18 sounds so fun, right?!?!  😉 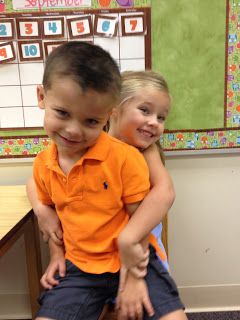 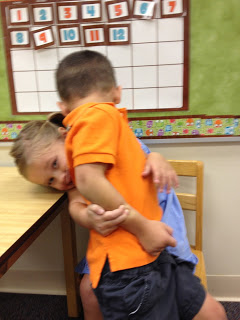 He’s trying to kiss her! 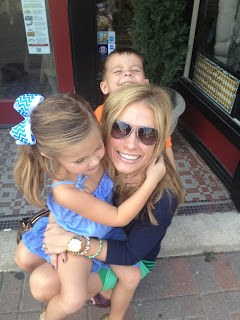 Kensington wanted pancakes for her birthday lunch…donuts, pancakes, why not?  You’re only five once.  This is us in front of the restaurant.  I love these crazies! 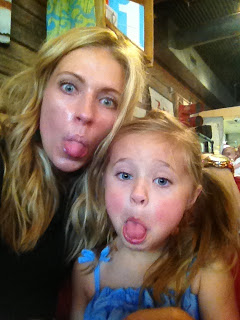 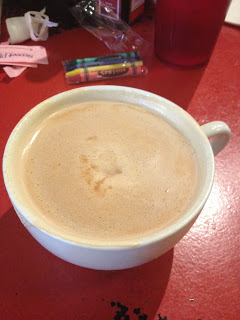 Mama had a large pumpkin spice latte in honor of that c-section scar I received 5 years ago. 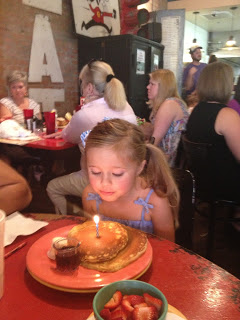 The waitress brought out K’s pancakes with a candle :). 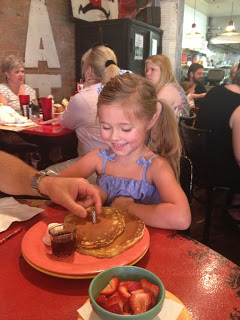 Such a fun lunch with my family of four!  We took a moment and talked about sweet Ashby and prayed that she’ll be with us next year.

Kensington’s request for her birthday was to make brownies, order pizza, have Ebby Lee spend the night and watch Miss America on TV.  That sounded like the perfect night to me!  (And again, Smith rolled his eyes.  Everyone pray for me this January 18 when it’s pizza 24 hours straight with Smith and Nixon…most likely both wearing superhero costumes!). 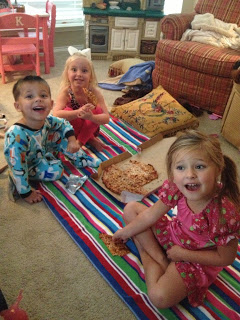 For dinner, Kensington wanted Dominoes Pizza and basic brownies.  Yes, the child of a foodie blogger was keepin’ things simple.  They wanted to eat their pizza on the floor and have a “picnic”, so I agreed.  And yes, Smith is wearing his footie pajamas from two years ago…he could barely stand up straight in them.  For some reason, that was the outfit of choice yesterday. 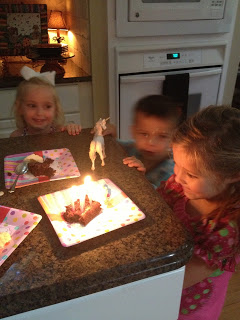 It was such a special little day. 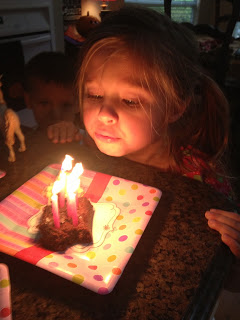 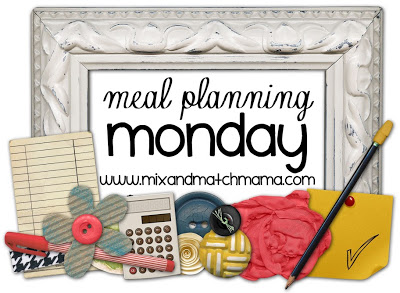 Kitchen Closed for a special day!