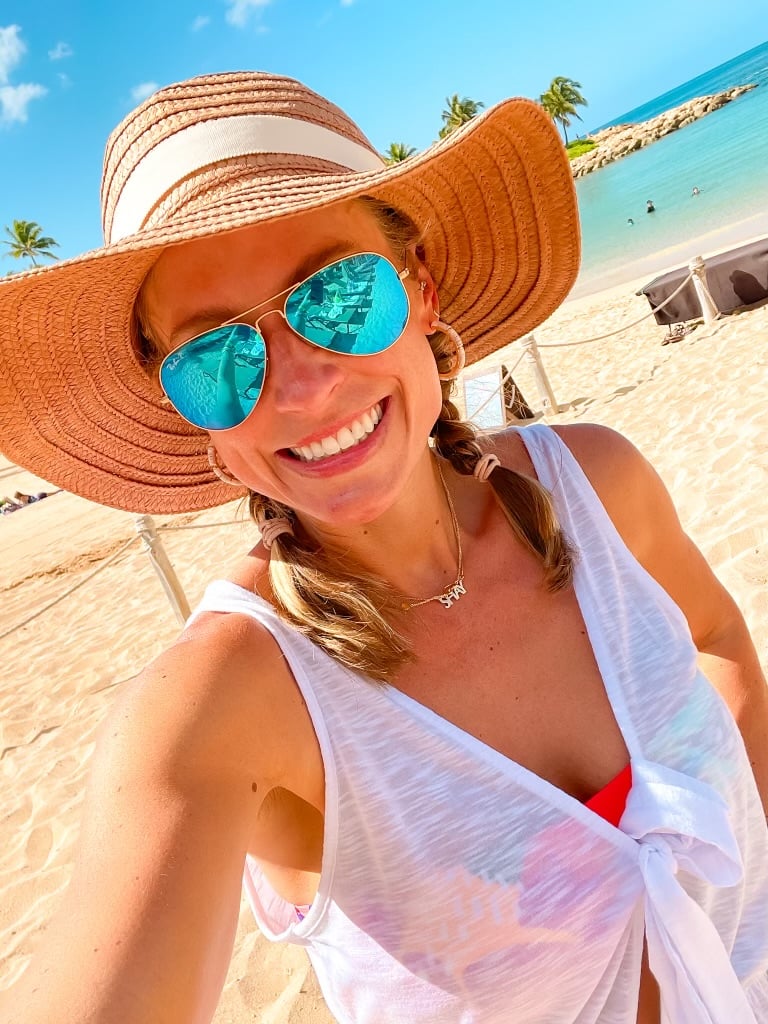 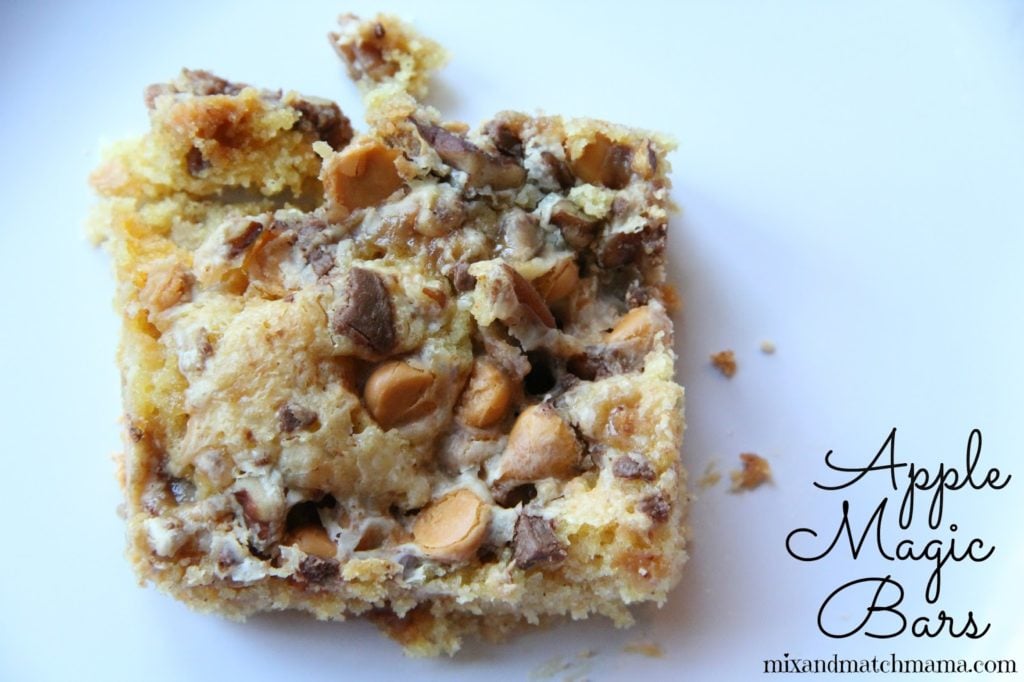 I’m not quite sure why they’re called “magic bars” but you know what I’m talking about, right?  Those bars that pretty much have everything but the kitchen sink in them…and they’re perfection.
The kids and I decided to make a magic bar that had grated apple right down in the batter…and then we complimented the apple with butterscotch chips…and then we ate them…because they were so good!
September is all about the apple.  Whether you eat them raw, in a savory dish, in a muffin or a cake…you should eat them.  Celebrate September with an apple…with an Apple Magic Bar.
**I used two Granny Smith apples, but any apple will work.  Peel the apple first and then use your cheese grater to grate the apple.  You can substitute applesauce if you prefer.**

Shopping List
1 box yellow cake mix
1/2 cup vegetable oil
2 eggs
1 cup grated apple (about two apples)
1 tablespoon cinnamon
1 (14 oz) can sweetened condensed milk
1/2 cup pecan pieces
1/2 cup toffee pieces (found on the chocolate chip aisle)
1/2 cup butterscotch chips
Preheat oven to 350 degrees.
Grease (I used Pam) a 9×13 baking dish.  Set aside.
In a mixing bowl, beat the cake mix, oil and eggs with an electric mixer.  Slowly beat in the apple and cinnamon until just combined.  Spread batter in the bottom of your prepared pan.
Drizzle the can of condensed milk down over the top of the batter.  Next, sprinkle the pecans, toffee and butterscotch chips down over the top (you can add a little more of each if you think it needs more).
Bake 25 minutes or until a toothpick inserted in the middle comes out mostly clean.
Remove from oven and let cool a minute before slicing and serving.
A little apple, a little cinnamon, a little crunch on top…and a whole lot of fall yumminess.
Enjoy! 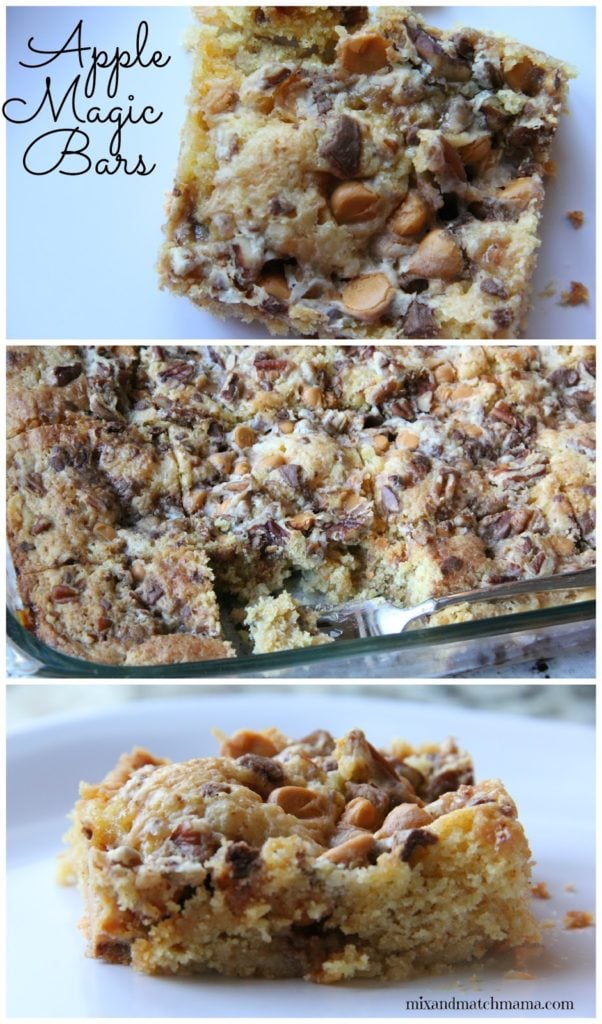 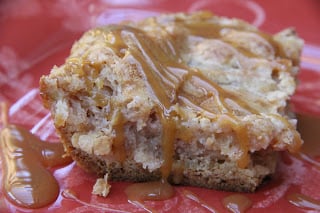 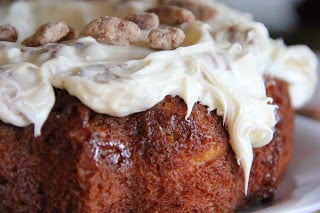 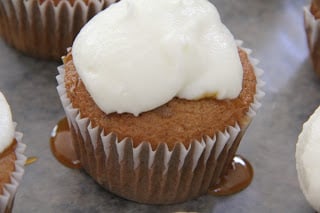 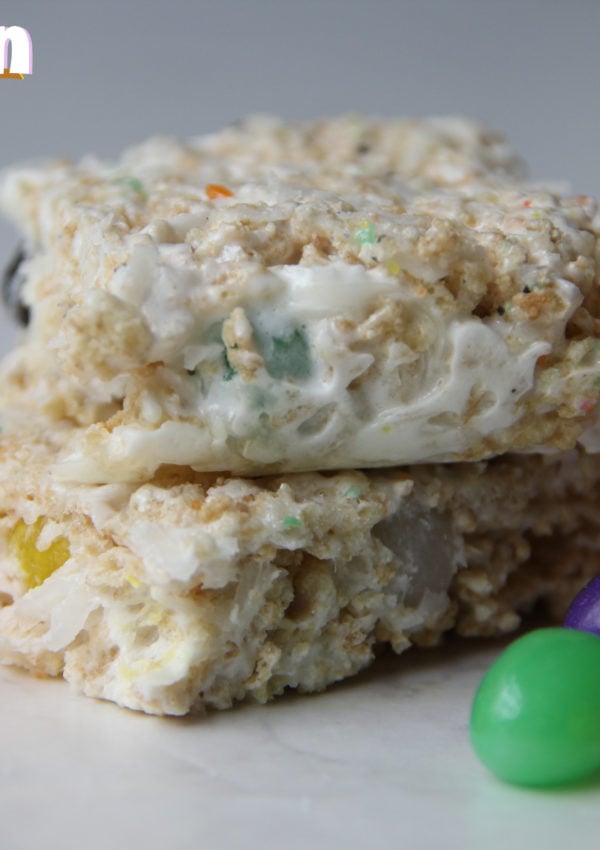 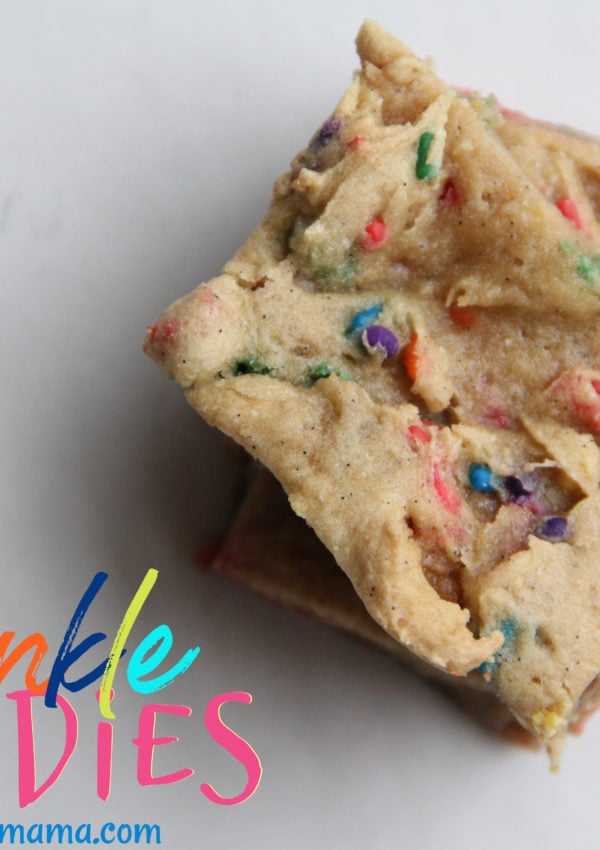 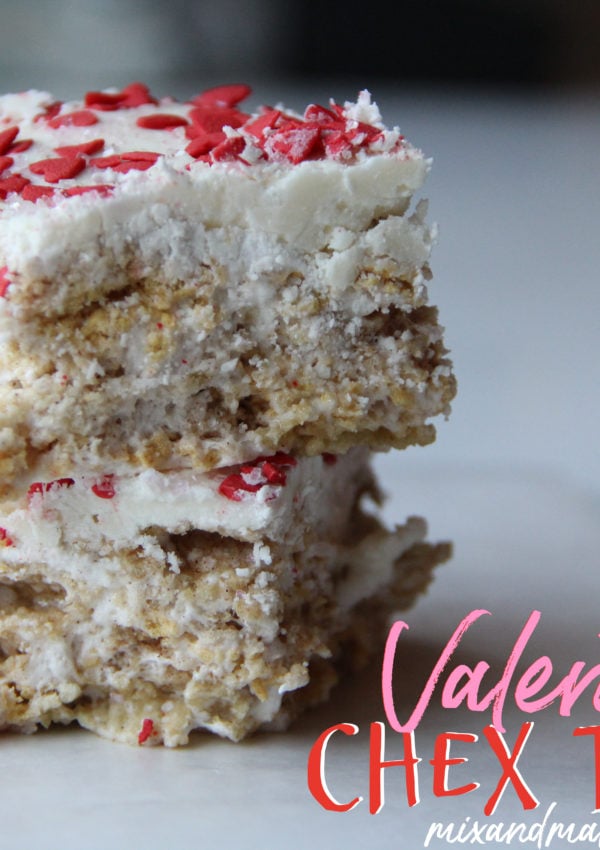