My grandmother’s Peanut Butter Rice Krispies Treats were the very first thing I ever learned to make on my own.  I was 8 the first time I could make them, and I still make them to this day (especially during the summer!).
Well, they are Smith’s favorite and he kept telling me how he could make them by himself too, so the other day when Kensington wasn’t home, we had time in the kitchen just the two of us and I let him “make” them (I did the stove part since he’s only five, but he did the rest!).  I love having my boy in the kitchen with me :). 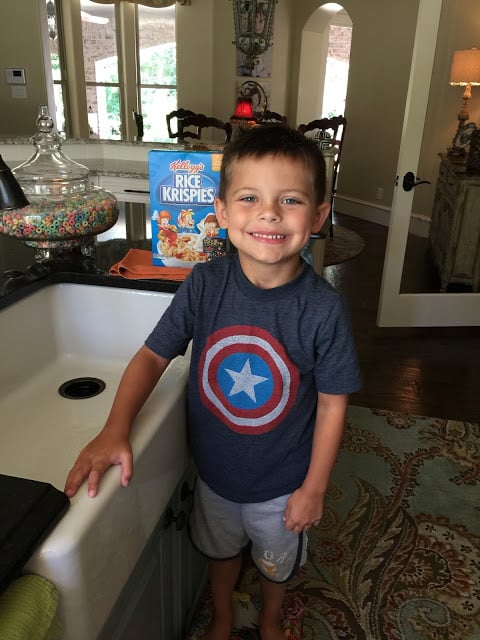 Standing on a stool, ready to start making his bars! 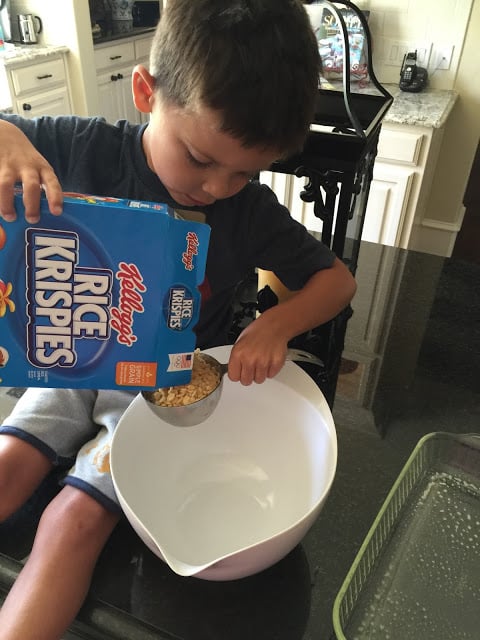 He measured the six cups by himself… 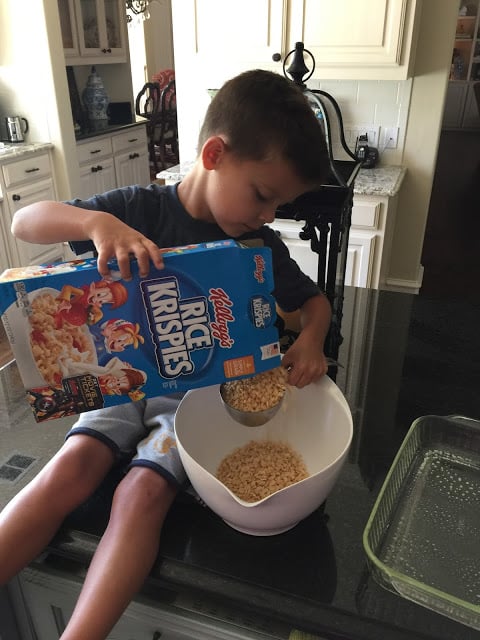 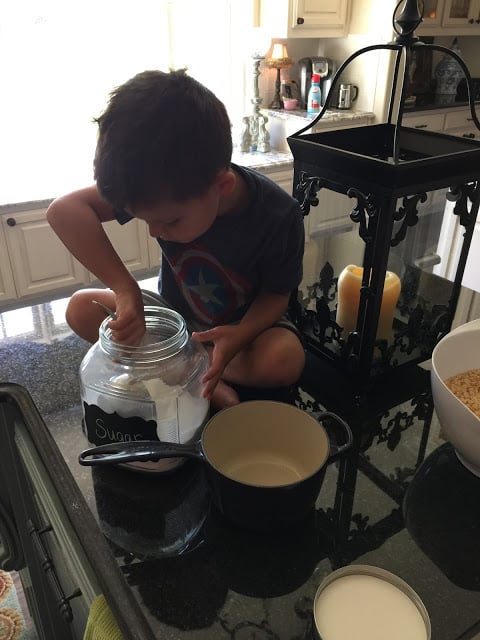 …he measured the sugar and put it in the saucepan… 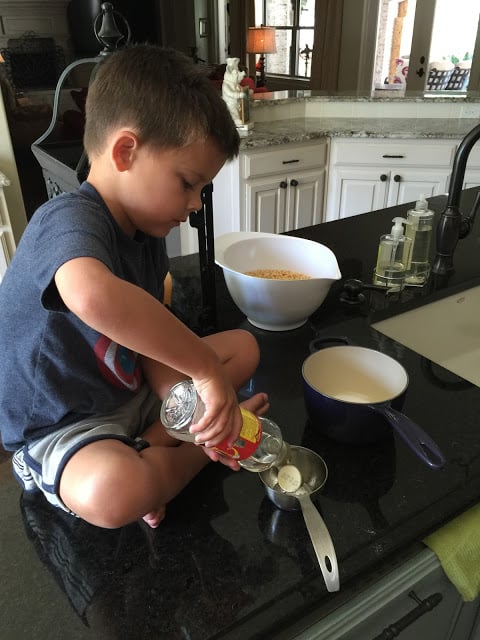 …then he measured the Karo syrup… 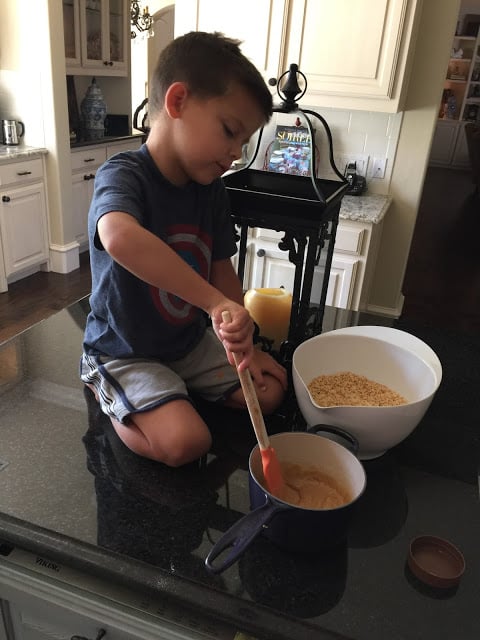 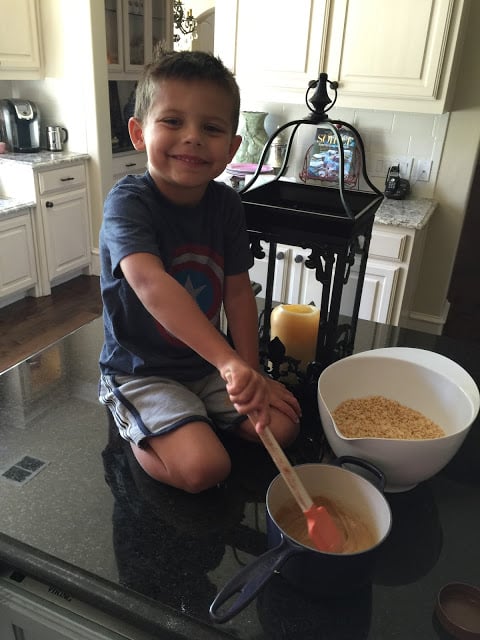 …he was so proud of himself!. 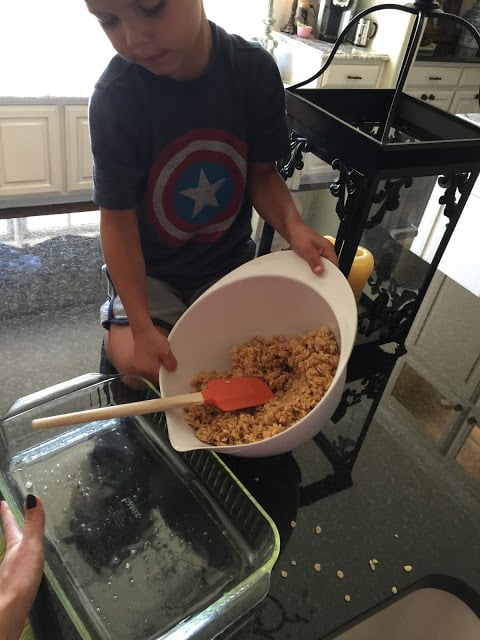 Finally, he poured everything into the baking dish and flattened it into bars. 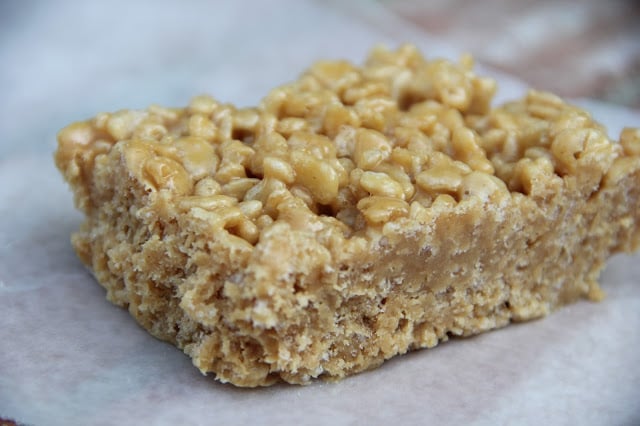 We love eating these yummy bars when we’re poolside!  And if you ever need to take a treat to someone’s house, these suckers will be a favorite by everyone.  Try them!
I love spending time in the kitchen with my boy :).
Shopping List
1 cup sugar
1 cup light corn syrup
1 cup creamy peanut butter
6 cups Rice Krispies cereal
In a small saucepan over medium-high heat, bring sugar and corn syrup up to a boil, stirring continuously.  Once to a low boil, remove from heat and stir in peanut butter.  Pour peanut butter mixture over 6 cups of cereal in a large mixing bowl.  Combine quickly until cereal is covered and then spread out into a well greased (I use Pam) 8×8 inch baking dish.  Cool at least 10 minutes before cutting into squares.
Happy snacking!
xoxo