I have waited a long time to write this post.  Eighteen months to be exact.

Today, the Shull five are boarding a plane and heading out to become the Shull SIX!

We always knew that we wanted to adopt two kiddos…it’s been our plan all along.  We prayed about it a lot before adopting Ashby, but really felt the Lord telling us to do it one kid at a time (instead of getting two at once).  So, we came home from China with Ashby on January 15, 2015 and immediately felt the Lord calling us to do it again.  I thought the calling was clear the first time around, but the second time around, it about knocked us in the face.  God was saying MOVE and so, we did.  In March 2015, we contacted our adoption agency and started the whole process over from the beginning.

We set out to adopt a little boy from India.

Andrew and I just had this vision that we were supposed to adopt a little boy from India, so we started…and God shut that door so fast that our heads about spun around.  Every single time, we thought we were moving in the right direction, God told us in no uncertain terms that no, that was not His plan for us.  We just kept hearing God say, you need to go back to China.  She’s waiting there for you.  We heard it.  We knew that even though our plan was to adopt a little boy from India (we had a name for him and everything!), God was telling us that our daughter was waiting in China.  So, we moved on that.  And now…18 months later, we’re off to get her.  Today.  Today, we leave.

This adoption has been very similar and very different (and perhaps one day, I’ll go into all of the details).  This adoption took 18 months just like Ashby’s did, this child is from China (just like Ashby), but this experience has been different.  We had to change adoption agencies about 12 months in and that was brutal.  We had referrals on two other little girls (one in January and another in March) and each time, we thought she was it…but both times, things fell through and the only way I can explain the disappointment both times would be to compare it to my miscarriage.  We had photographs, birthdays, all of this information, and because we just “knew” she was it, we of course, told our kids…and so those losses have been hard this year.  Through it all though, we have felt God’s constant hand on our shoulders guiding us through.  And then we saw her.  In May, we saw this little picture followed by a video and we knew…we knew and God really pressed it upon our hearts that we had found her.  And then we waited.  And we’ve been waiting until today, today, the Shull five head to China once again to come home plus one.

Adoption is not easy.  Adoption is hard and tough and messy.  We’re going to meet this little girl and we are all so excited to bring her home, but we also know that this will be a painful time for her as she grieves the loss of the only world she’s ever known…inside that orphanage.  We covet your prayers as we walk this road.  Specifically, we’re praying for her as she transitions from the orphanage to our family.  We pray that our trip can be as seamless as possible (I mean…as seamless as a trip to China with four kids can be…) and that we are able to get in to every appointment necessary to quickly and efficiently bring her back to the United States.  Just like last time, I’ll try and blog our journey as we go, and I’ll post pics of us on Instagram too.  WE ARE SO EXCITED.  We have waited a long time for this.  God is so good.

And just for grins…remember last year when we went to Paris and left a lock on a bridge?  Well, I showed you this picture… 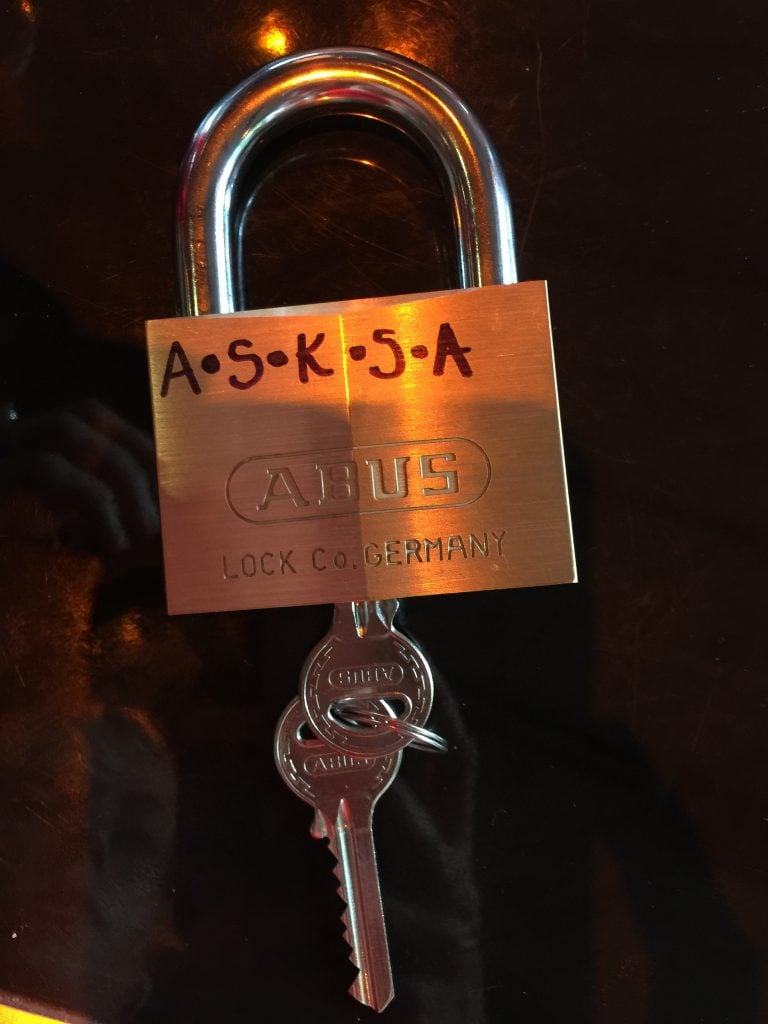 …but really, the lock looked like this when we put it on there… 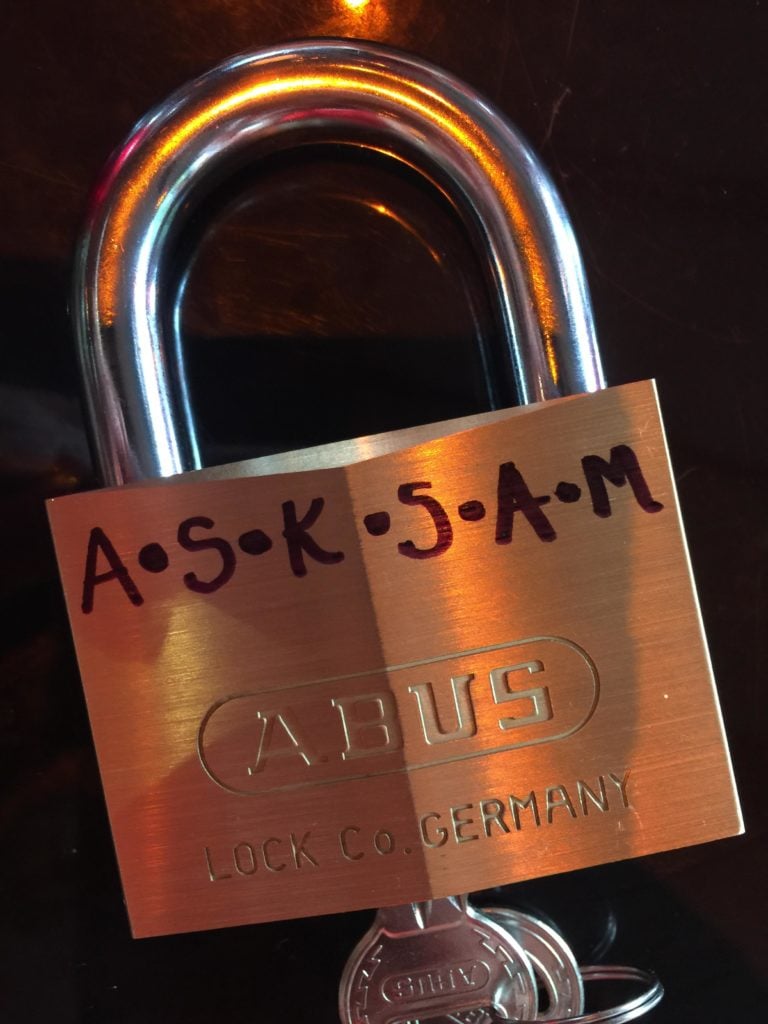