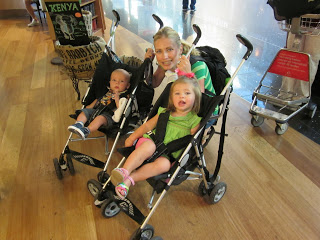 Well, on day 5 we left Amsterdam to meet up with my parents in Vienna, Austria. Here we are in the Amsterdam airport. 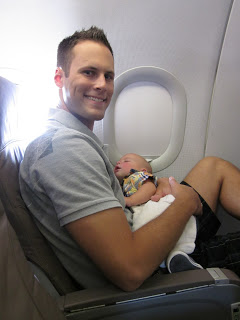 Smith is such a trouble maker 🙂 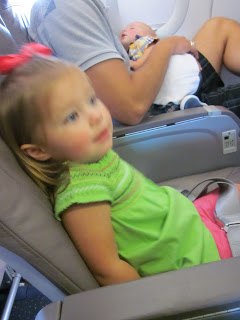 On this flight, we bought Kensington her own seat. She LOVED having a seat between Mommy and Daddy. 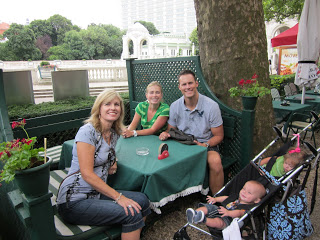 Yay! We met up with Lovie and Papa Jay in Vienna!! We stayed at the WONDERFUL Hilton Vienna Hotel. Since we had two babies, they gave us an extra big corner room with windows over looking the park on two sides. (My mom pointed out several times that our room was twice as big as theirs :)). Kensington was SO happy to see my parents. On the hotel shuttle from the airport, she announced to everyone that she was going to see Lovie. 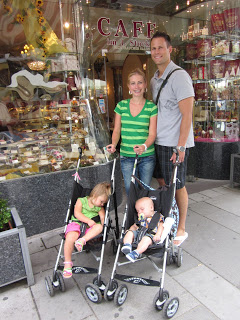 Out shopping in Vienna. 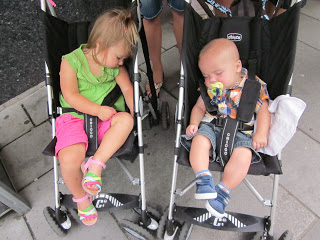 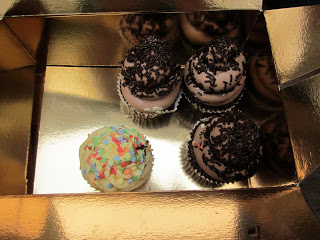 We bought cupcakes while we shopped…my dad said that these cupcakes were the best European experience he’s ever had. They were stinkin’ good! 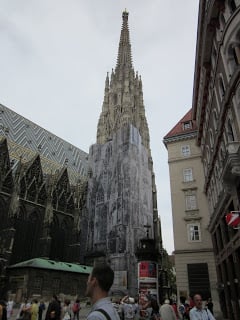 The main shopping/dining area of Vienna surrounds this beautiful cathedral. 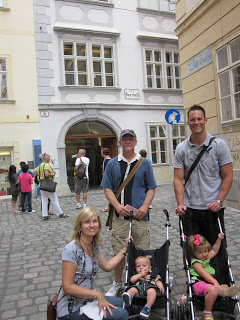 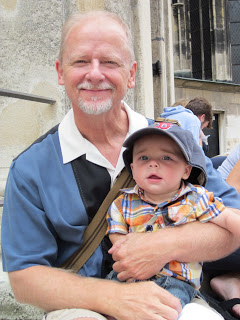 A future Red Sox fan for sure! 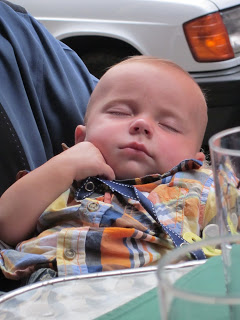 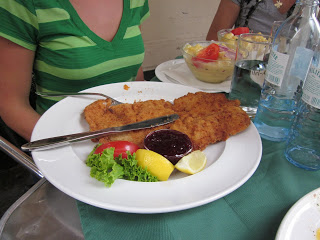 Let me explain: the first time I went to Germany was 10 years ago. I had little expectation for the food. There is one German restaurant in the DFW area that claims to be authentic and up until that day, it was my only reference in German cuisine. But let me tell you, German food is BY FAR my favorite international food. Andrew always thought that was strange (shouldn’t Italian food be my favorite? Or what about French? Or British? Or South American?). Nope, German/Austrian food takes top honors. Fast forward to this day…my first schnitzel on our trip…and now Andrew understands. German/Austrian food ROCKS! Hello?! He now 100 percent agrees that it’s the best cuisine in the world. This is a picture of my first of many, many schnitzels we had on this trip. 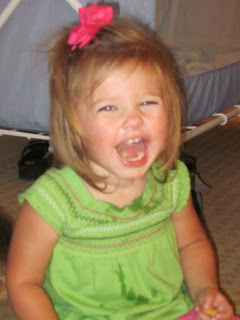 Though I had been to Austria before, this was my first time in Vienna. I have to say, Vienna might be my favorite of the European cities. It was so clean, the people were so friendly, the shopping was abundant, the history was everywhere and of course, the schnitzel. This was my first of many, many visits to come in Vienna. What I Wore Wednesday