This weekend was filled with lots of jammies, cocoa and of course, Christmas.  First, the Lowe family had our annual Jammy Cocoa Christmas night.  This is when we put on our pjs, go inside Starbucks (yes, in our pjs), get goodies and then drive around Southlake looking at lights.  (Andrew commented several times that this night used to be easier…minus the 1 and 2 year olds…but not nearly as special I add).﻿ 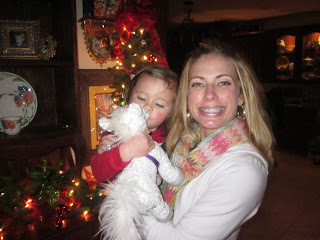 Kensington HAD to take this stuffed horse on Jammy Cocoa Christmas…my mom kept saying “smile for the camera” and she kept kissing her horse instead. 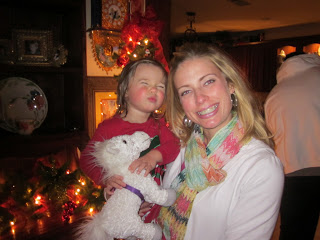 And now she’s kissing the air. 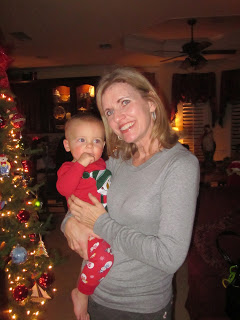 This is Smith’s first Jammy Cocoa Christmas!  Last year, I was SOOOOOO pregnant and we kept saying, “next year he or she will be with us”. 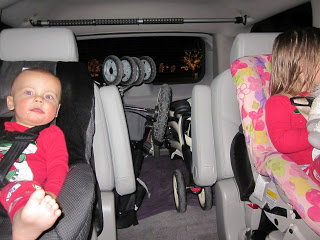 It was super dark in my car, so I just waved the camera back there and hoped for a shot of them in the car…this was the best I got. 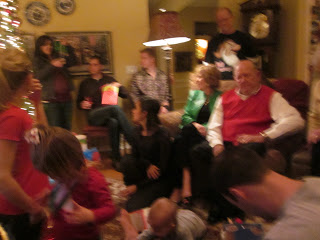 Then last night, we had 18 people at our house to celebrate Christmas.  Since this is a year we spend with the Shull family on Christmas, my entire family came over to celebrate early with us (all 4 of my grandparents, both my mom’s brother and his family plus my dad’s sister and her family).  It was C-R-A-Z-Y!  This photo is super blurry but that’s how I remember last night…like a big blur.

My kids received so much stuff and it’s not even Christmas yet!  They lack for NOTHING! 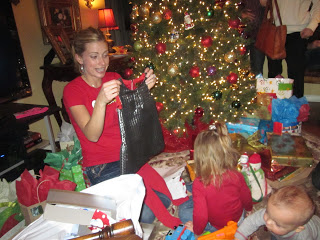 I’m a bit of a jeans snob.  I adore buying and wearing the right denim jeans.  I was so, so excited when Kensington received some designer jeans herself :). 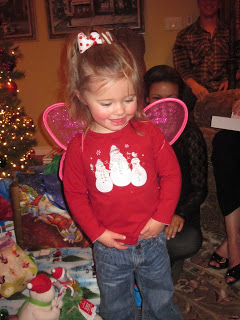 My sweet cousin Brooke hit the nail on the head when she bought Kensington these butterfly wings.  She’s been wearing them for the last 24 hours. 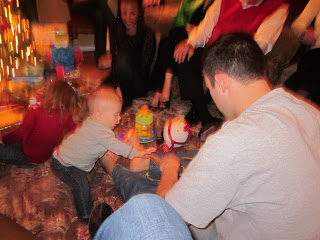 My mom took approximately 1,024 pictures last night and 99.8% of them are blurry.  I needed at least one picture of Smith.  Here he is.  Blurry but that’s him.