Last night was the 3rd episode, so everything today is in 3s!
3  of my Favorite Moments: 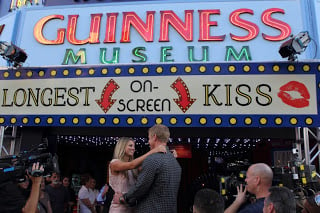 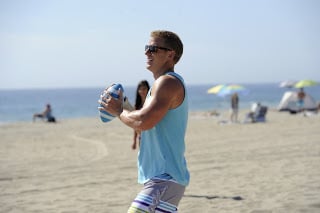 Sean showing off his football skills.
Here are 3 facts about Sean and football:
1. He played high school football at two different schools (Freshman thru Junior year at Irving High and Senior year at Lamar High)
2. He received a full ride to Kansas State University on a football scholarship.
3. He played two different positions while he was there: linebacker and tight end. 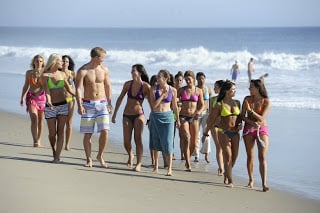 Sean and the ladies on the beach (such brave ladies to be on the beach in their bikinis!).
Here are 3 facts about Sean (and our family) regarding beach activity:
1. Mom, Sean and I get seasick…we have vacation home movies to prove it.  It’s not pretty!
2. No one in our family is a “boat person” but Sean has always insisted he is.  So, he’s the only “boat person” in the family…I hope one day he marries into a family that likes boats!
3. Sunscreen is our friend.  We have that Irish blood that makes us extra susceptible to a sunburn!
3 Favorite People on Twitter last night:
1. @thecourtneykerr
2. @Possessionista
3. @AshleySpivey
3 Favorite Girls (from last night’s episode):
1. AshLee (I loved her sweet testimony about her childhood and her faith!) Her date was my favorite part of the show last night!!
2. Lesley (She seemed super honest and genuine…a really sincere girl.)
3. Tierra (Hey…she made last night pretty funny/dramatic/intense/entertaining…I’ll give her props for that!)
I asked Sean yesterday to describe me as his sister in 3 words.  See below…

If I had to describe him as a brother, I would say:
1. Loyal (don’t mess with me or he’ll kick your butt!)
2. Understanding (sometimes I vent to him and he’s really good at listening!)
3. Loving (he has the biggest heart…for our family, his friends and the Lord)
Three Random Facts about Sean:
1. He loves independent films.  He’s always telling me about some movie I’ve never heard of because he saw it at the Indy theater.  When you watch the Academy Awards and hear the long list of nominees that you’ve never heard of…chances are, he’s seen all of them.
2. He’s flippin’ awesome at Words With Friends.  I played him once and quit when the score was like 850 to six.  He dominates everyone in the family.
3. He’s a night owl (the exact opposite of me!).  In college, I would go stay with him almost every weekend because I wanted to see Andrew at K-State where they went to school…Sean would be going to bed when I was just about to wake up…SERIOUSLY!  That dude is productive in the evenings and I’m productive early in the morning.

Sean has 3 best girl friends who I love to death!  Sometimes, I forget that they’re really his friends because I claim them as my own :).  That’s me, Stephanie, Ashley and Laura (and our sweet cousin Casey!).
Sean’s 3 Favorite Mix and Match Mama Meals (my foodie blog for those of you that are new):
1. Chicken and Waffles 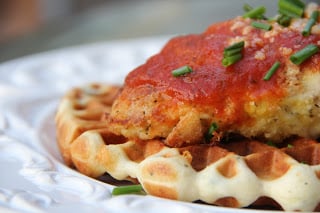 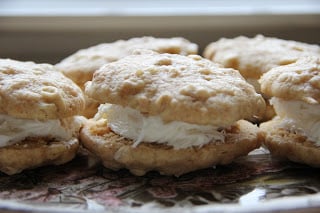 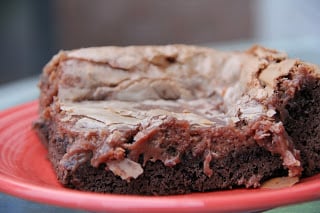 Thanks for stopping by for my Episode 3 recap!  Don’t forget to check out my friend Sheaffer’s blog on Wednesday for her special A Bachelorette Told Me To edition.  It’s the 3rd one…click here to see the first edition and here to see the second edition.
XOXO Fifty Two Shades of Shay: What I wear/read/take on a trip Part 2!