It’s part one of our Love & Marriage Blog Series.  I am so, so, so proud and humbled to be a part of this series of posts by such an amazing group of women bloggers.  It’s truly my honor.

Part one of the series is an introduction about each of us and our marriages.  At first, I was like, “am I qualified to write about marriage?”.  But then I realized, I’ve been married 9 years…my marriage has experienced many highs and many lows…I do know a thing or two about being married.

I would show you a bunch of pictures of me and Andrew dating and as newlyweds…but I’m renting remember?  All of my old photos are in storage…so, I’ll show you some that are a bit more recent. 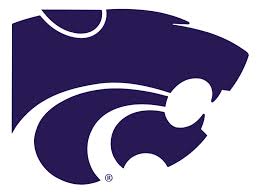 Andrew and I met on July 4, 2002.  Sean had met Andrew that summer at Kansas State (where they both played football…Sean was a freshman and Andrew a junior) and had invited him to Texas for the holiday weekend (Andrew was a Missouri boy).  I stopped by my parents’ house that July 4th day and as I was walking into the house from the garage, Andrew was walking out of a bathroom in just shorts…no shirt.  He was really tall, had longer hair and stubble…I met up with him in the kitchen (after he put a shirt on) and we chatted a bit.  (A few days before, I had just told the guy I had been dating for three years that I couldn’t marry him…so, I was a complete wreck.)  We chatted a bit and I left.  The next day, Sean called and wanted to know if my cousin Brooke and I wanted to meet him and his friend at the movies…I was still deep in mourning, so I pulled myself away from Ben and Jerry and met them at the movies.  After the movie, we said our goodbyes and that was that.

Over the next two months, I got my act together (and stopped mourning the loss of my last relationship), went to Italy with a girlfriend and was excited about my junior year of college.  Sean was going to have his first college football game at K-State and so I told my parents I would make the 8 hour drive up with them for it.  About five hours into the car trip, I told my parents that I would not be going to any of Sean’s other football games that season…it was a looooong way to Manhattan, Kansas!

After the first game, we went to the Field House area to wait for Sean to come out of the locker room…when…this 6’5″, clean-shaven, short-haired hottie came out of the locker room…I remember my mom saying, “that was the boy you weren’t interested in?!”.   He came over to talk to me and I knew right then, that we were going to have a special relationship.  I could just tell.

Well, well, well…after reconnecting with Mr. Shull, I decided that 8 hour car trip wasn’t so bad after all!  The next week, I loaded up with my parents and drove to K-State again.  This time, after the game, I hung out with Andrew…and I specifically remember thinking, “I’m going to marry him”.

We started dating immediately and I would travel with my parents to each game to see him…after football season, I would drive to K-State by myself to see him (and Sean…I stayed at Sean’s apartment, so technically  I was seeing him too).  Even in off-season, football players have to stay close to campus and workout, so I made that trek almost every weekend to see him.  Then on May 2, 2003…less than a year after meeting him…Andrew proposed and I said yes.

That next fall, he finished school and his last season of college football while I crammed my entire senior year into one semester and we both graduated college on December 13, 2003.  Exactly 3 months later, on March 13, 2004, we were married.

Now…if you’ve been following along…you’ll notice that so far, we’ve never lived in the same state or spent more than a weekend together.  Why should we let marriage change that?!


As soon as we got back from our honeymoon (finally, a week together!), Andrew was drafted by the Detroit Lions and he left to play football in Michigan.  I stayed in Dallas and kept my job and our apartment and flew up to see him for one week every other week (so for two weeks out of the month) until August. 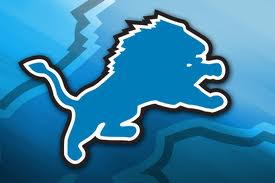 Then in August, I packed up and moved to Detroit permanently…we were newlyweds that hadn’t spent that much time together, living in a state we really didn’t know with absolutely no friends or family.  It was just us. And we had the best time :).

Yes, I missed my family terribly…but, that year of living in Detroit was one of the best I’ve ever had.  Andrew and I had so much fun getting to know a new state (a state we love by the way!), meeting new friends and really figuring out who we were and what our marriage was going to be about.

Andrew went into the NFL with a hurt back…and after much prayer and multiple opinions from sports physicians  he actually retired after his first year…he wasn’t fired, wasn’t traded…he was able to walk away on his own terms with peace of mind that he was doing the best thing for his health and our future. 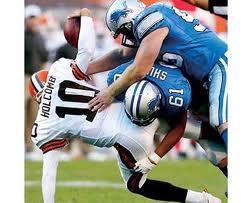 We headed back to Dallas and that’s where we are today…8 years later.
Ok…I’m not going to go on and on about the next 8 years…but in a nutshell, we’ve had so much joy and so many blessings…but there have been hard times too.  Just to recap…here is what we’ve been up to these last 8 years…
1. We opened our own business from scratch…no help, no customers, just the two of us working our tails off in an office space we couldn’t really afford ;).
2. We spent two years trying to get pregnant, went through a tremendous amount of fertility treatments until finally…we were blessed with Kensington.
3. And then bam!  We got ourselves a boy too…just 16 months and 3 days later.
4. I’ve had some health issues (that thankfully are resolved now)…but I spent 3 years visiting multiple doctors a week, wearing braces, and having two surgeries…it was a trying time for me and therefore, Andrew as well.
These four chapters of our lives were unexpected, hard, time consuming, and emotionally draining…but I’m so glad I didn’t do it alone.  Andrew is the best partner I could ask for…he is such a blessing to me.
Ok…so, that’s us.  Over the next 3 weeks, I’m going to go a little bit deeper into some specific times of our marriage that were hard and brought us together, give you some insight into why I think my marriage is working, and share some more details about Mr. and Mrs. Shull.  I hope you stay tuned!
And finally…a post about my marriage would not be complete without a few photos of our travels.  I’m not saying you need to travel with your spouse, I’m just saying that it’s good to find a common bond, a hobby…and make sure you work at it.  Traveling is our very favorite thing to do.  We love planning trips together, talking about future trips, and of course, actually going on trips.  Traveling and the Shulls just go together. 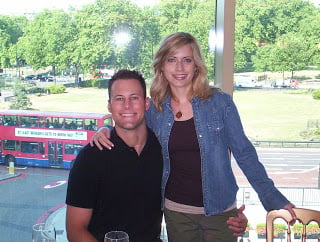 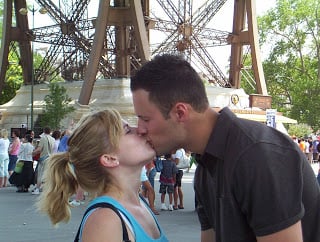 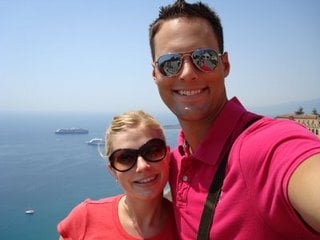 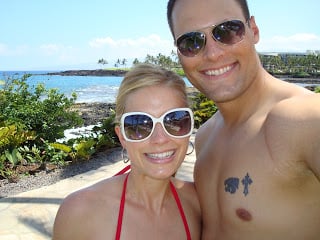 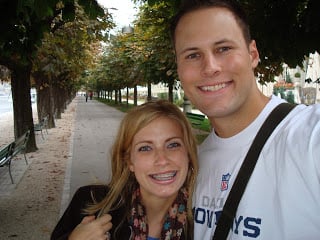 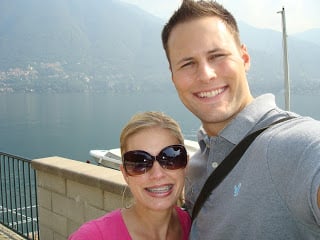 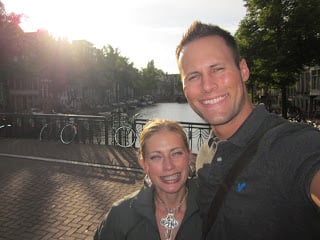 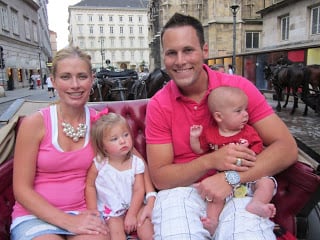 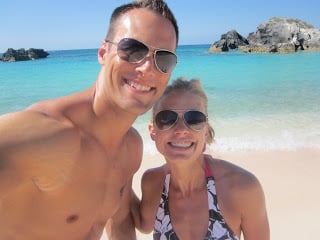 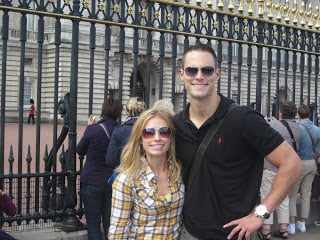 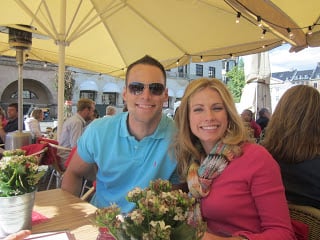 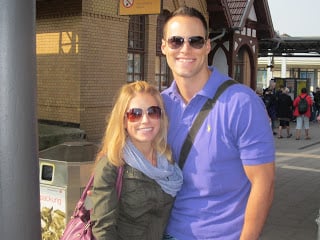 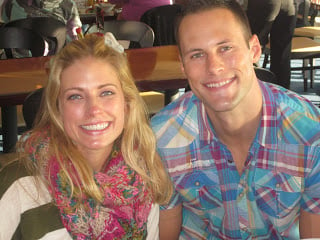 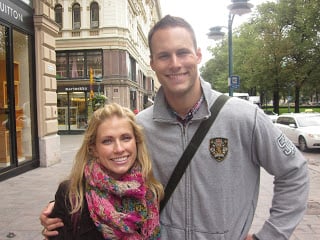 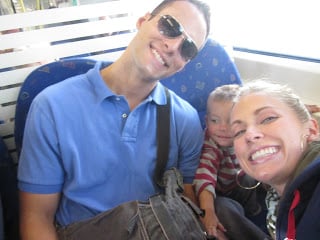 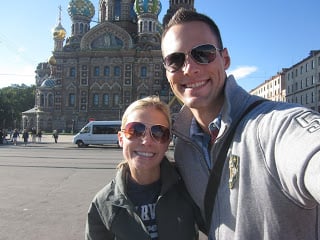 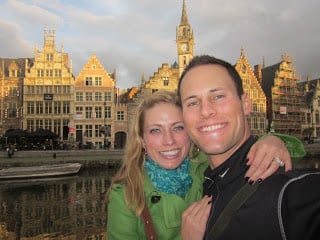 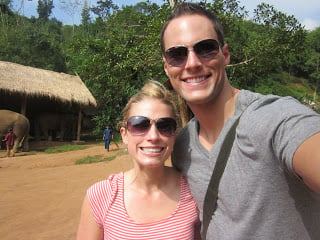 Now…go visit the other bloggers participating in this series!  Each one has such a special story and a unique marriage…
Jenna
Mandy
Jenn
Lindsey
Megan

If you missed my 52 Shades of Shay post from yesterday…I talked about Spring Shopping for Kids…click here to get the scoop.

And as always, find out what’s cookin’ over in my kitchen here (today, frosted lemon cookies…be still my heart!).

And please link up your own Love and Marriage story too…