Happy Thursday!!
Last night, we had Smith’s first baseball game of the season, and it was so much fun!  I just love watching my boy play baseball :).  So, that’s the most exciting thing in our lives lately…and here are a few random pics of other bits of life lately… 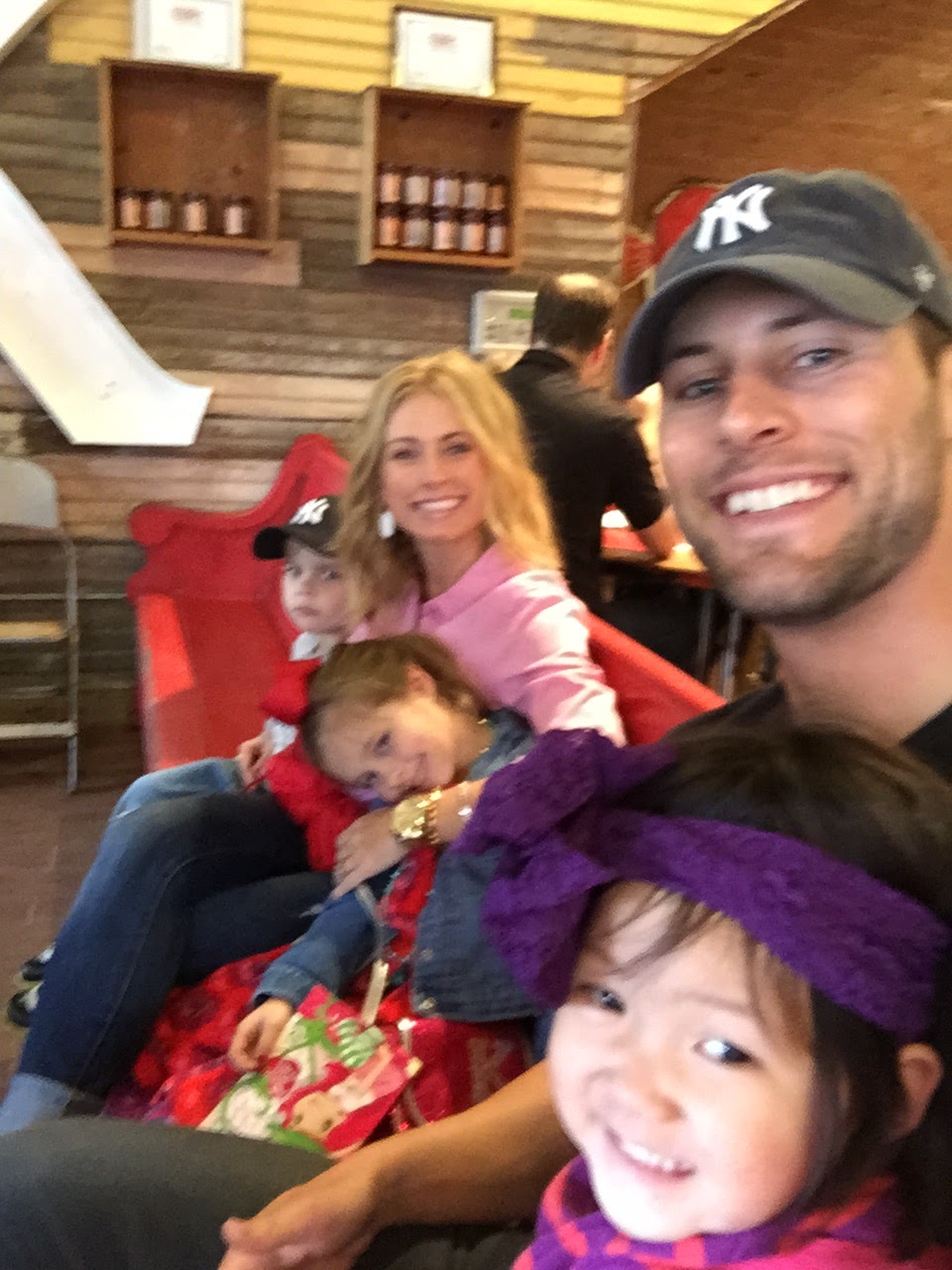 On Saturday, we had brunch at our favorite little diner.  Love my peeps so much! 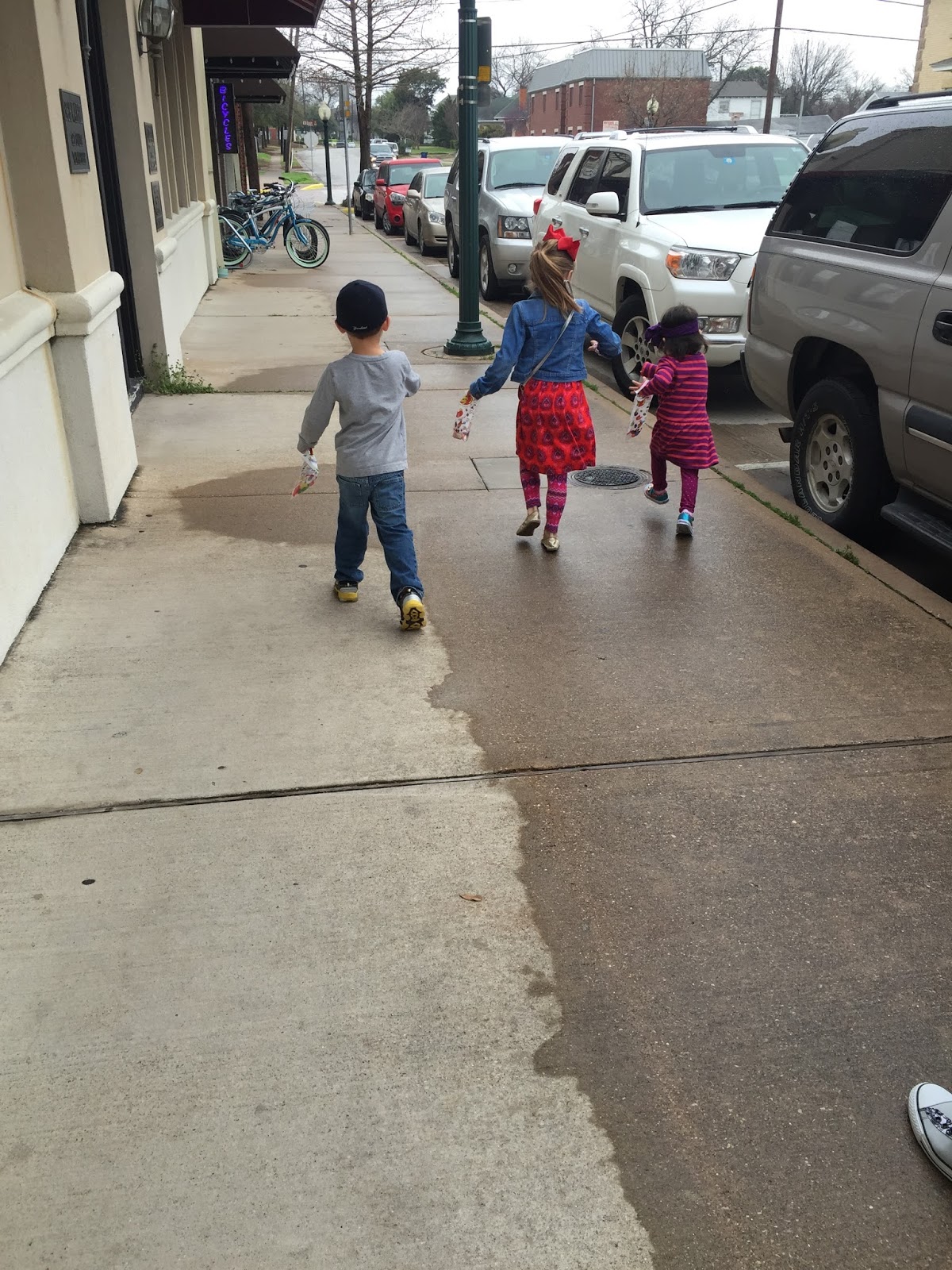 After brunch, I followed these guys back to the car.  Do you see Ashby marching?  She likes to say “march, march, march” as she stomps around.  It is so funny!  I think Kensington taught her this.  She pretty much says it anytime she’s walking anywhere with a purpose…march, march, march. 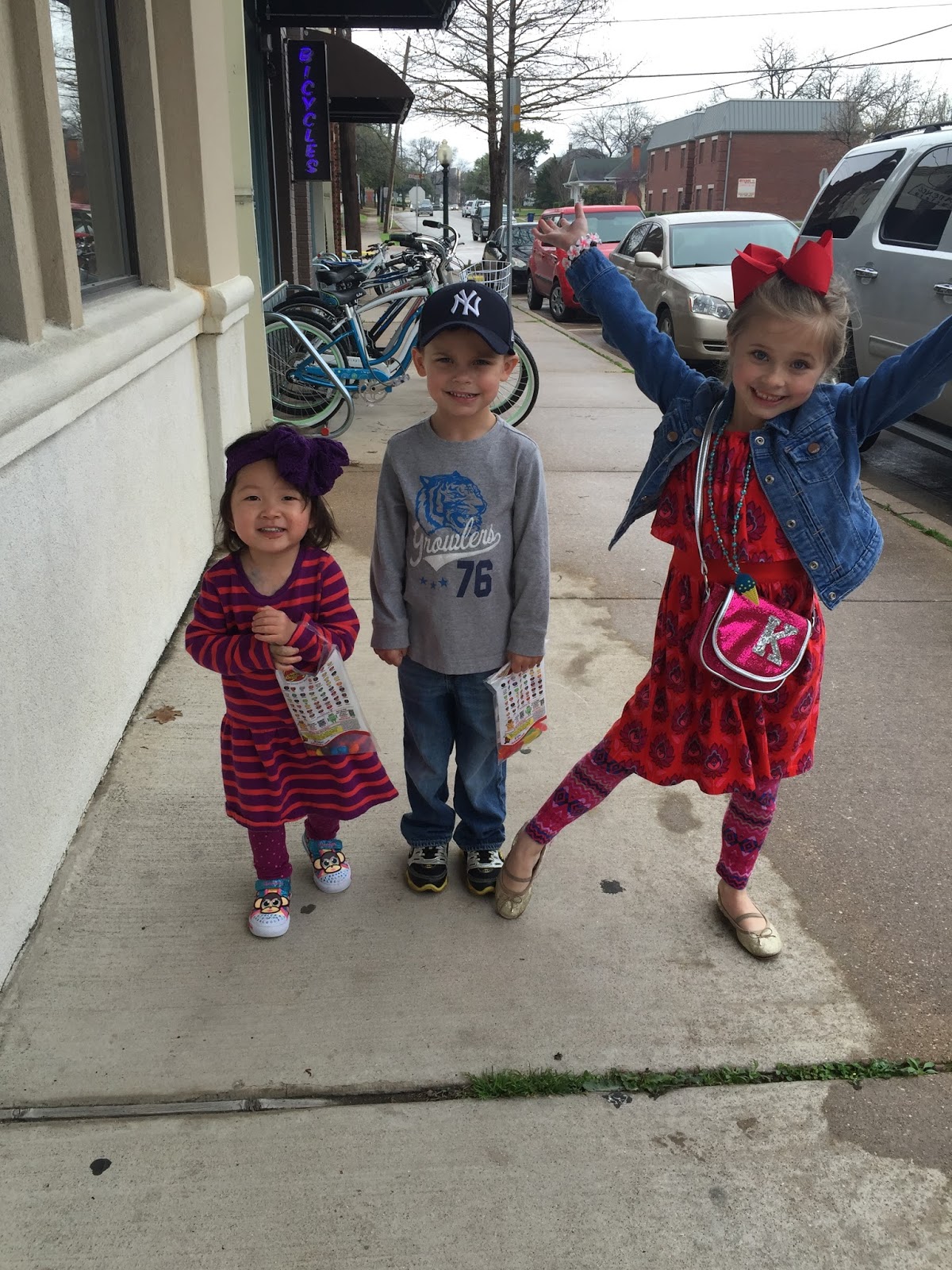 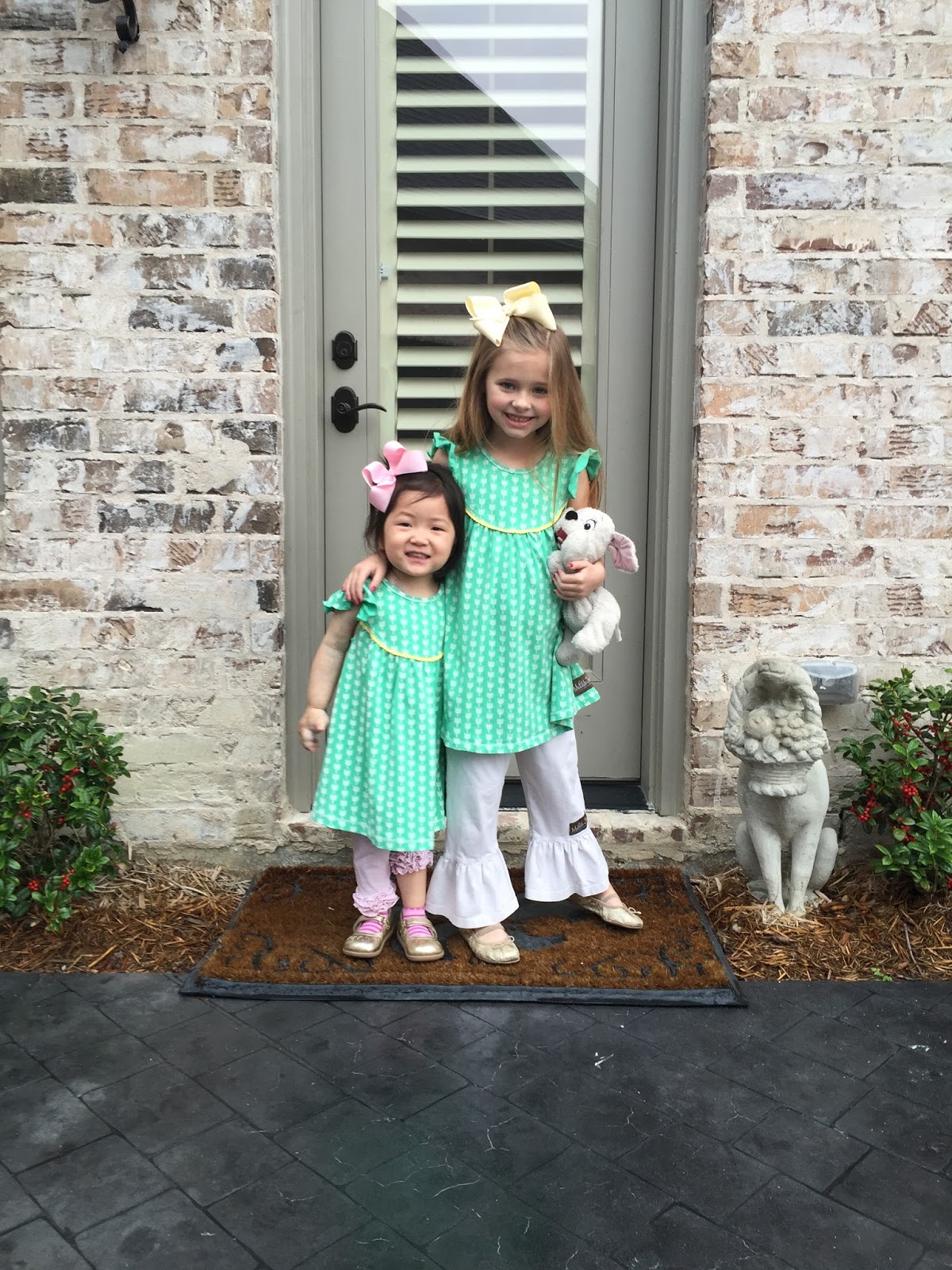 On Sunday, the girls wanted to match for church.  Kensington told me their outfits were laid out in their rooms…and sure enough, when I went up there, both girls had their little matching dresses and gold shoes laying out.  Ashby’s pant leg is my favorite part of this pic :). 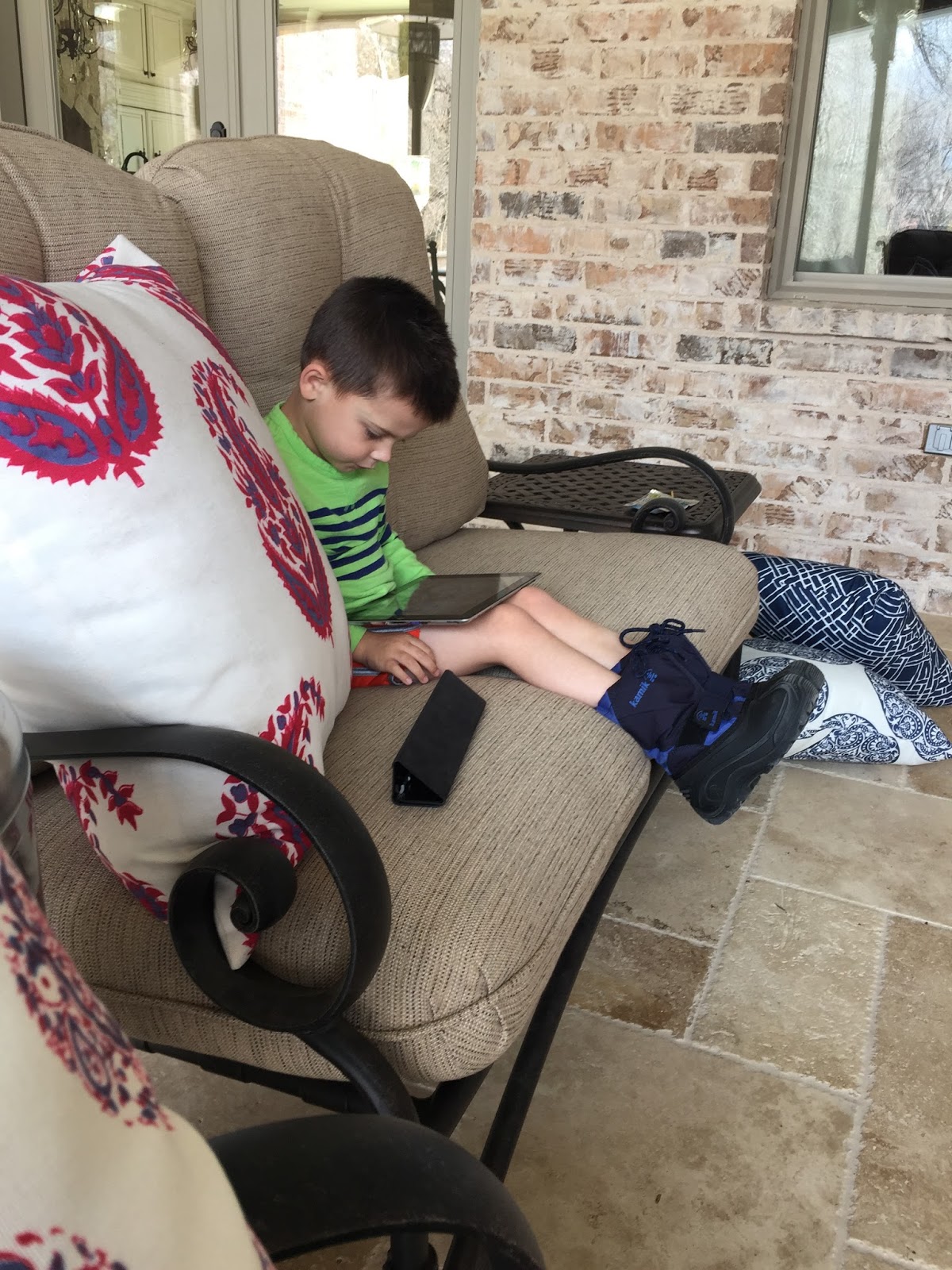 On Sunday afternoon, Smith took a break from playing baseball in the backyard and watched a movie on his iPad…in his shorts…with his snow boots on.  He is so sweet.  I wish I could bottle up five year old Smith and save it forever. 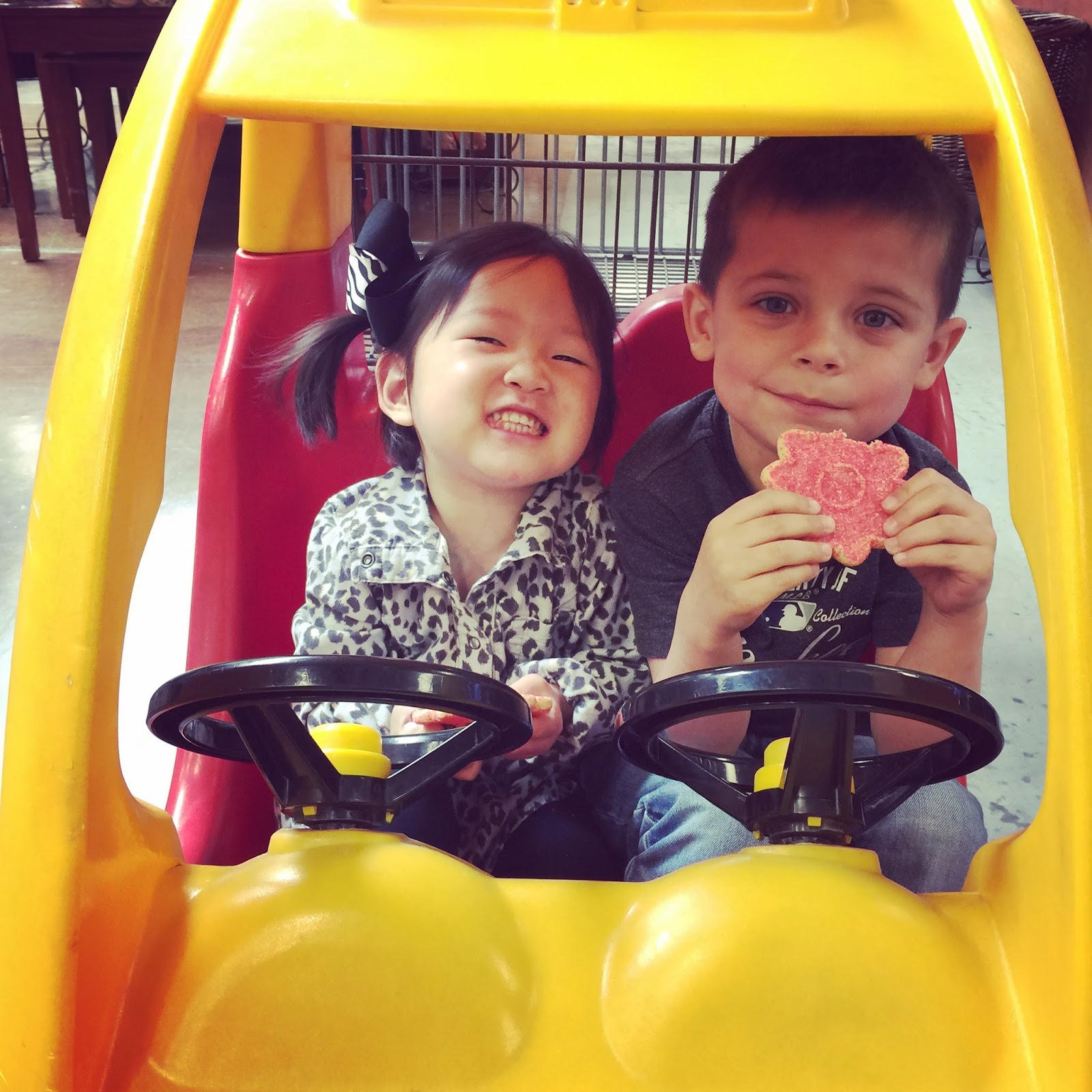 Just a Monday at the grocery store. 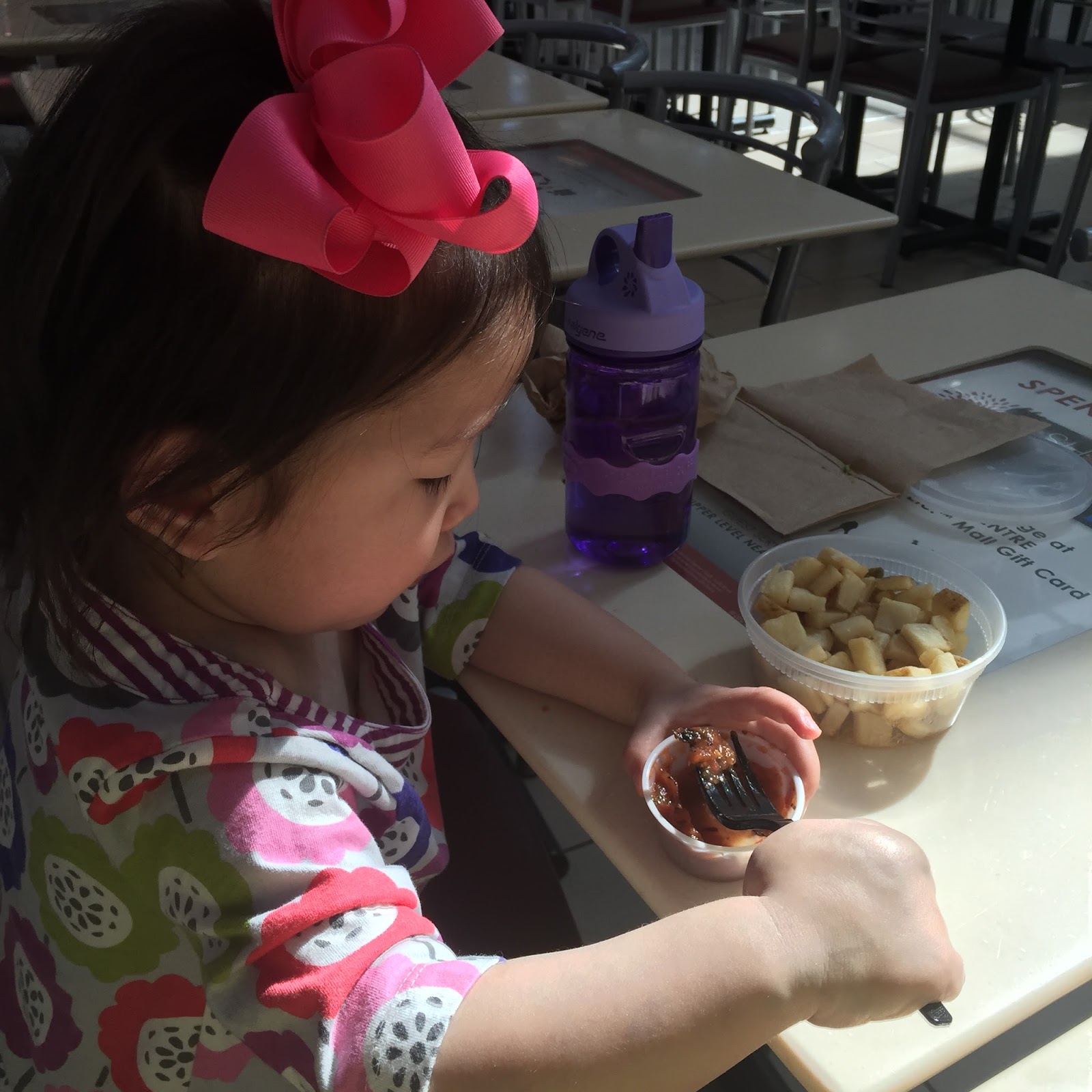 On Tuesday, Ashby and I met Narci for lunch.  Ashby ate a bacon and avocado egg burrito and then a container of salsa.  This girl might have been born in China but her taste-buds were made for Tex-Mex! 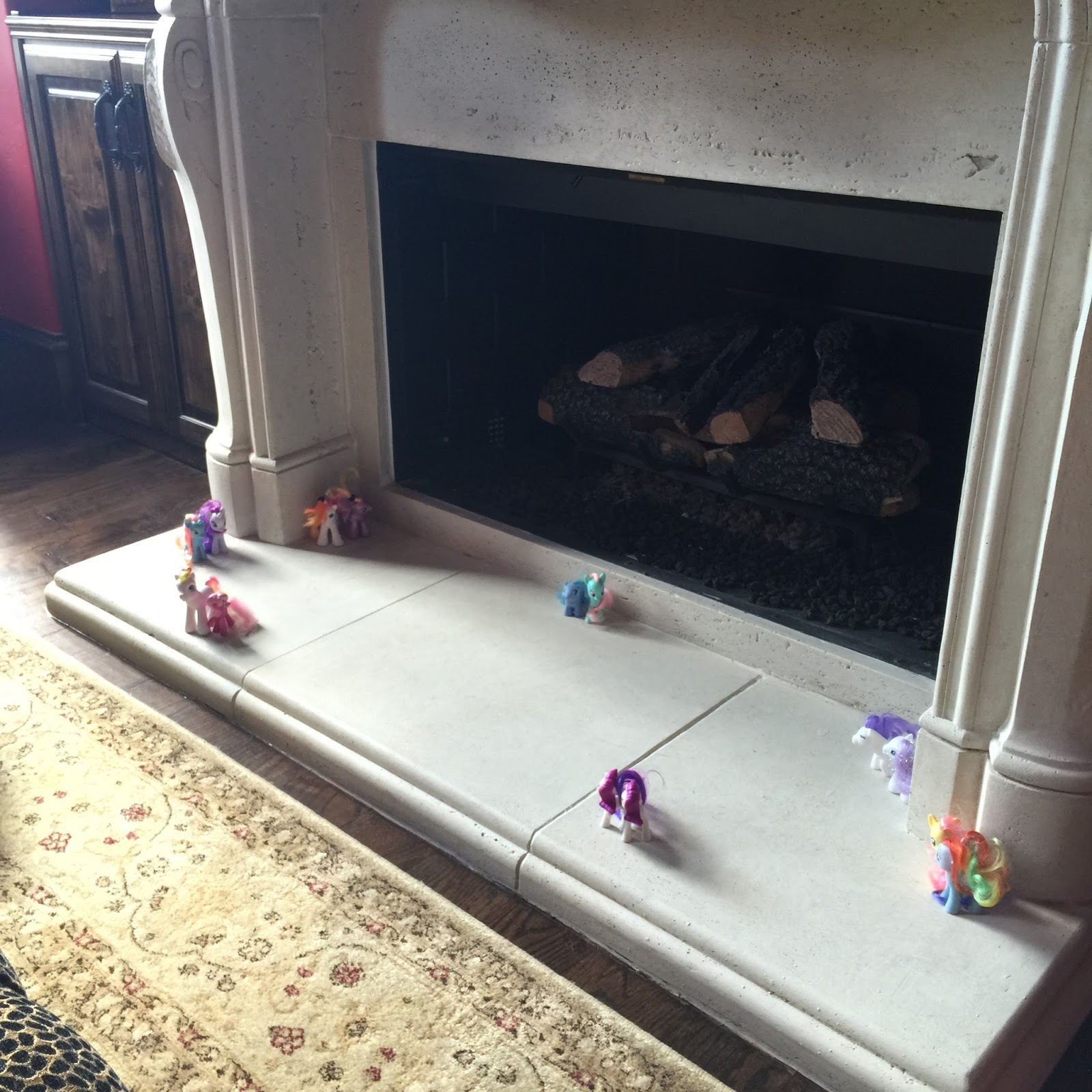 Later that afternoon, I went to do some work and saw this when I sat down on the couch with my laptop…I love finding little signs of kid life in my house…especially, when they’re away at school.  The ponies made me smile :). 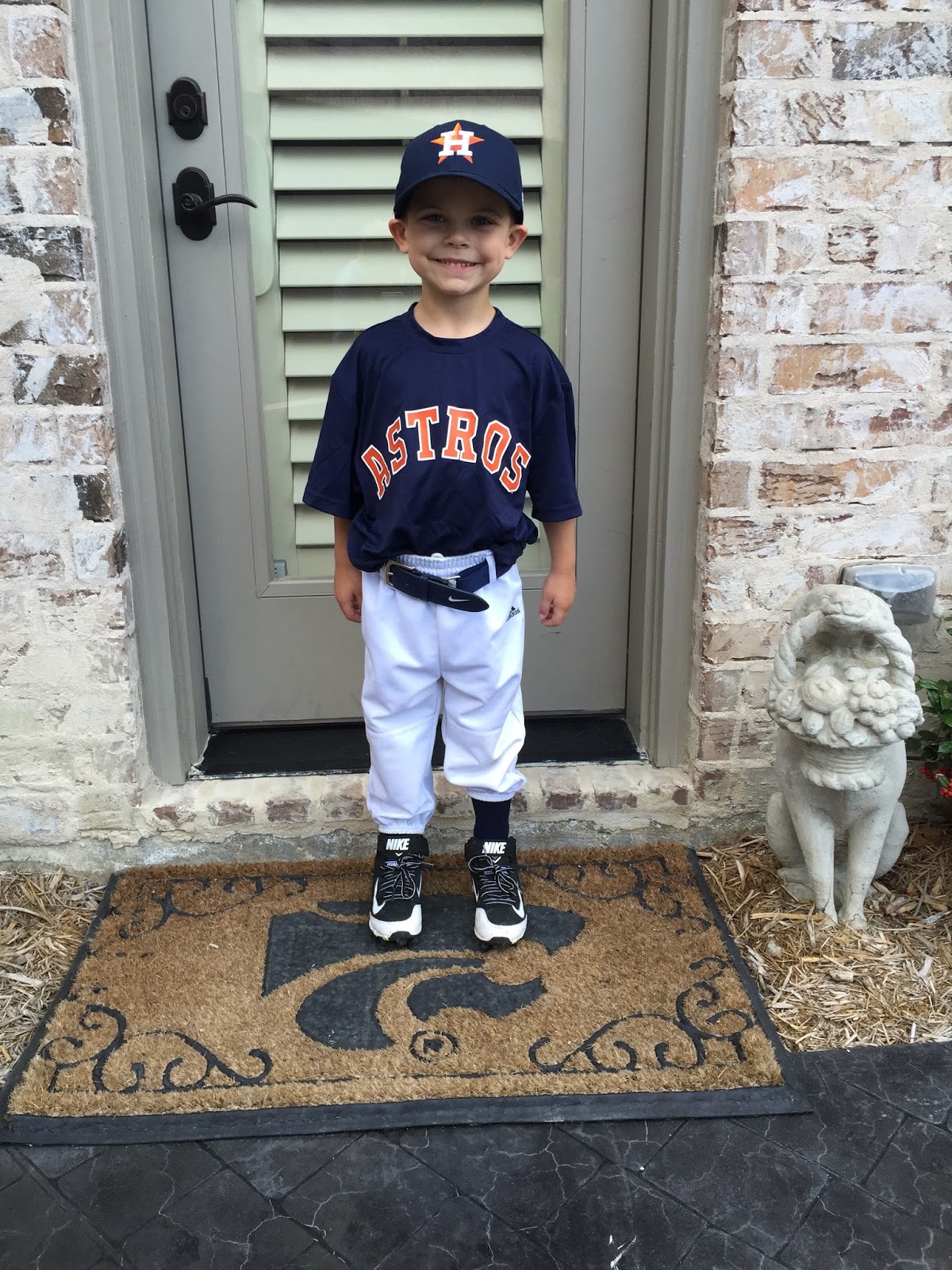 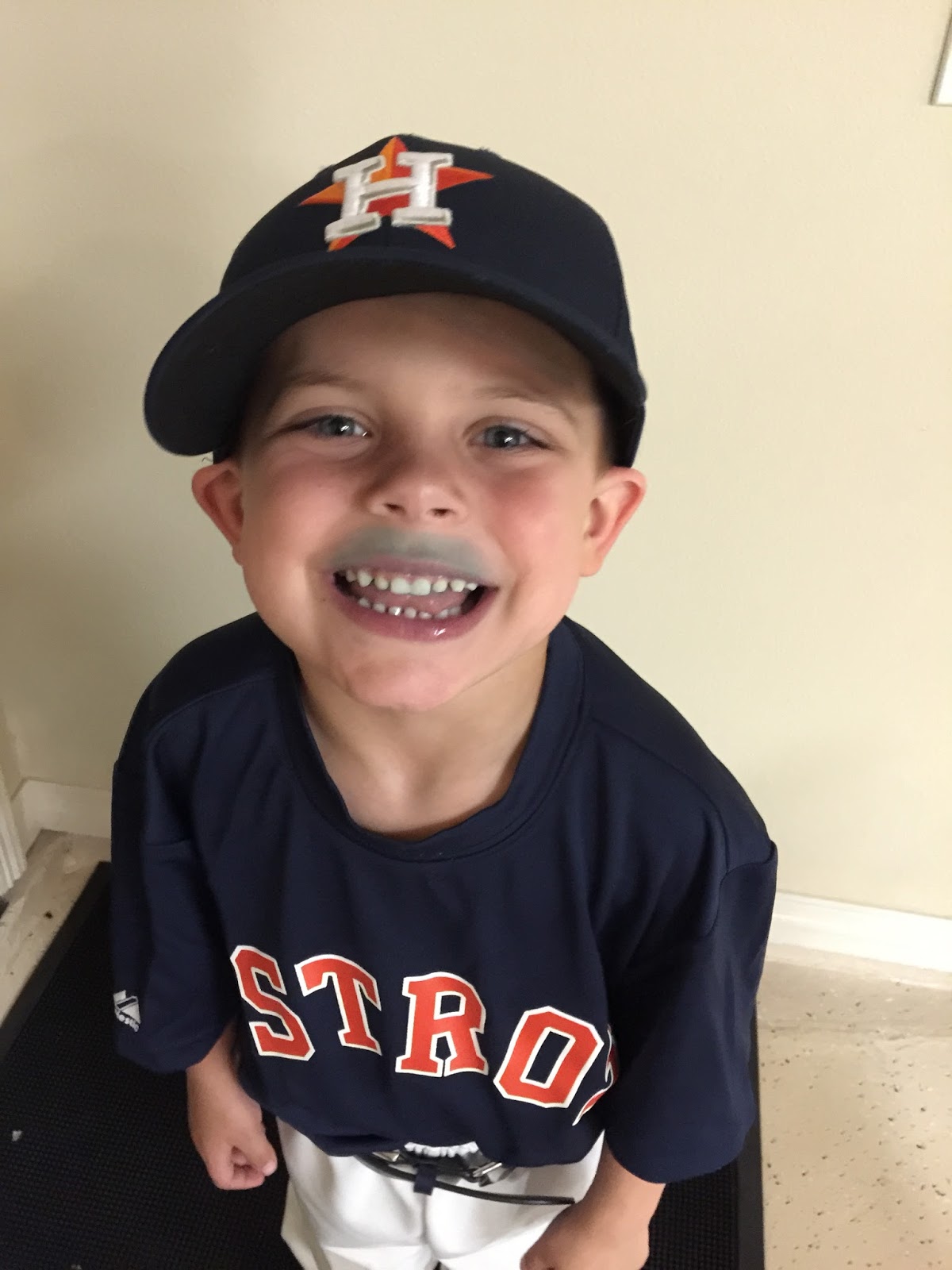 After the game, he told me it was a great day because he had a blue Gatorade :).  Five year old boy life. 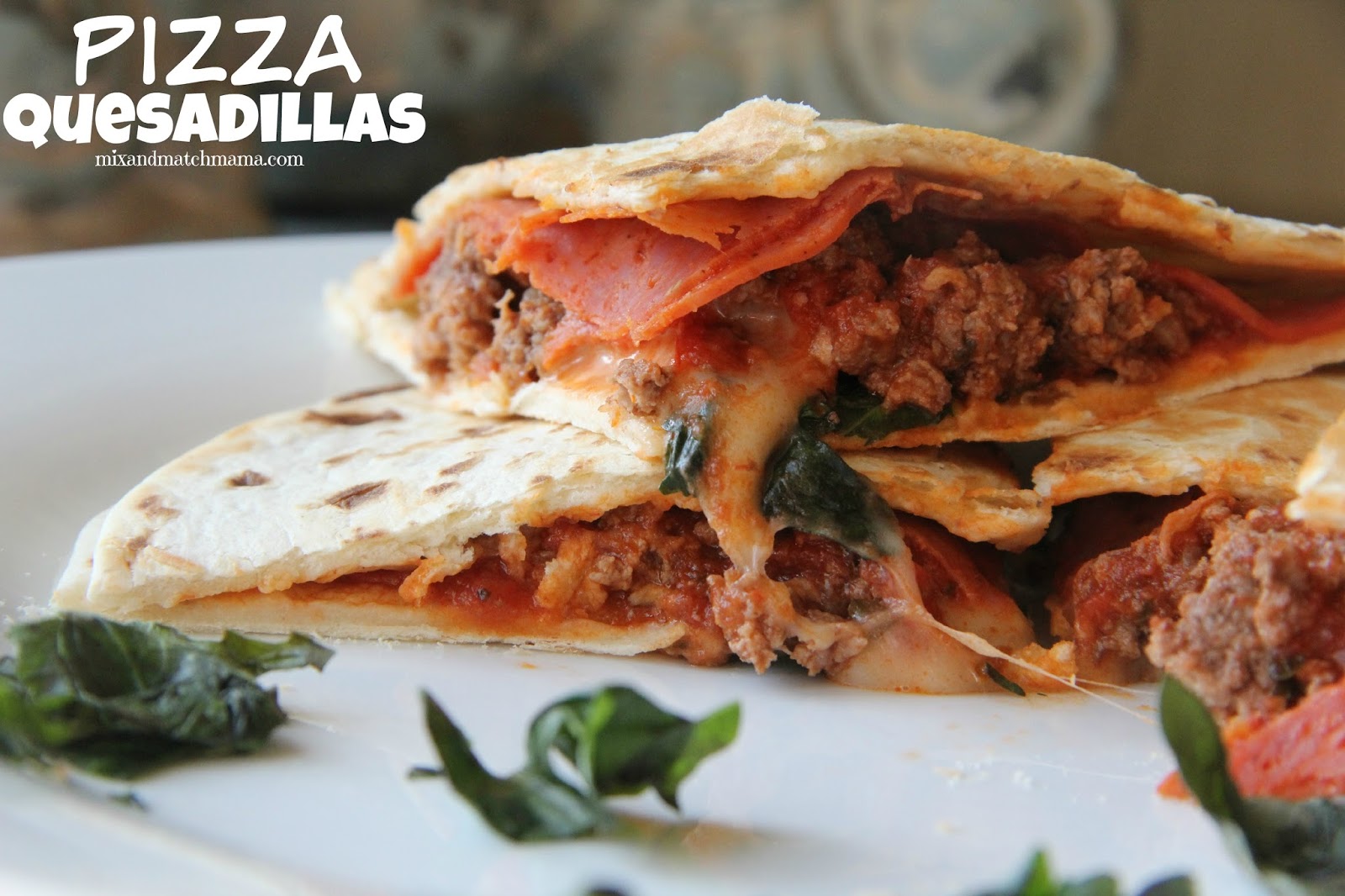