Happy Thursday!  Hope you’re having a great morning!  This is life lately… 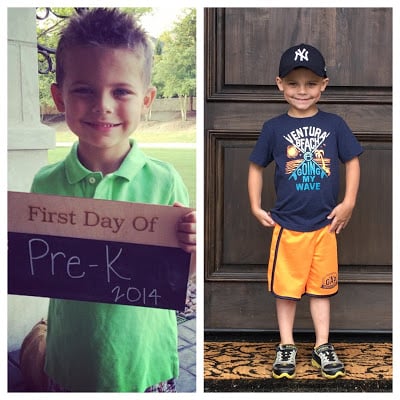 First day of Pre-K and last day.  Smith had the best year and I am thrilled that he’s happy to be starting kindergarten in the fall!  As much as I’m going to miss him during the day, I know he’s going to love kindergarten. 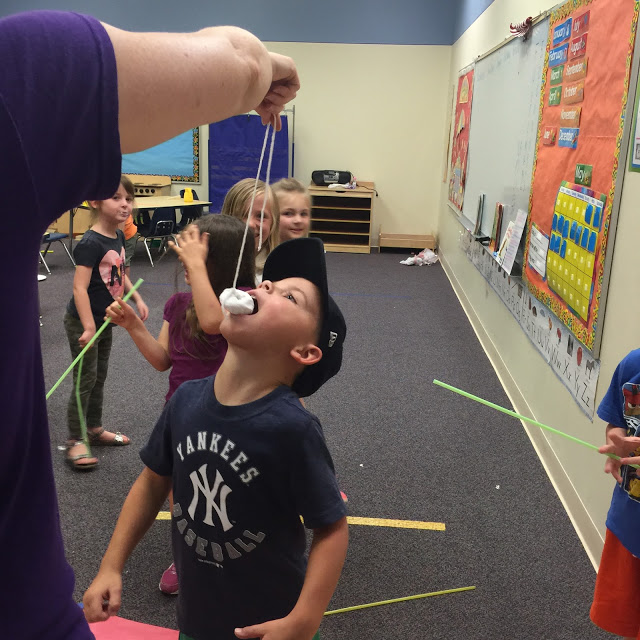 When I went to pick up Smith from his last day of school, they were having a donut eating contest :). 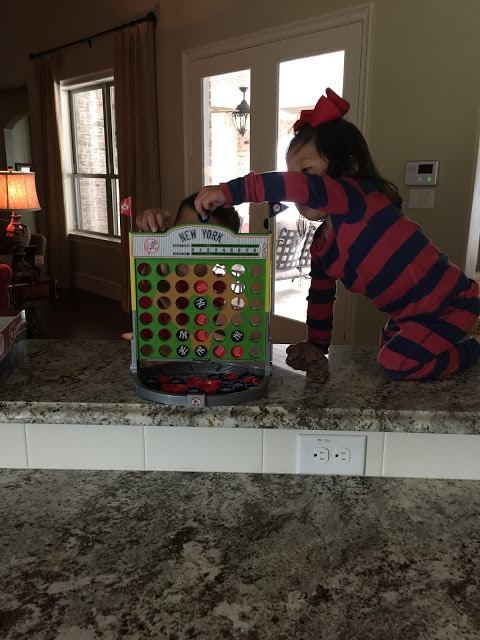 Smith is obsessed with Connect Four, so when I saw this Red Sox/Yankees version, I knew he needed it.  What I didn’t expect was for him to teach Ashby how to play!  I’m really proud of both of them!  Smith slowly (and patiently) taught Ashby and now, they play all the time. 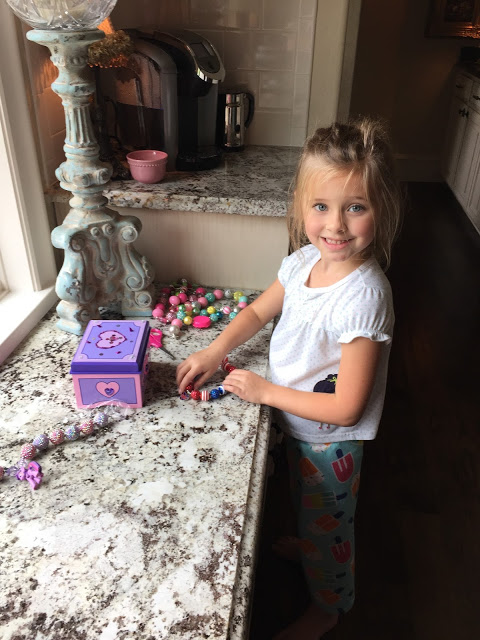 My girl organizing her jewelry.  Love this kiddo so much. 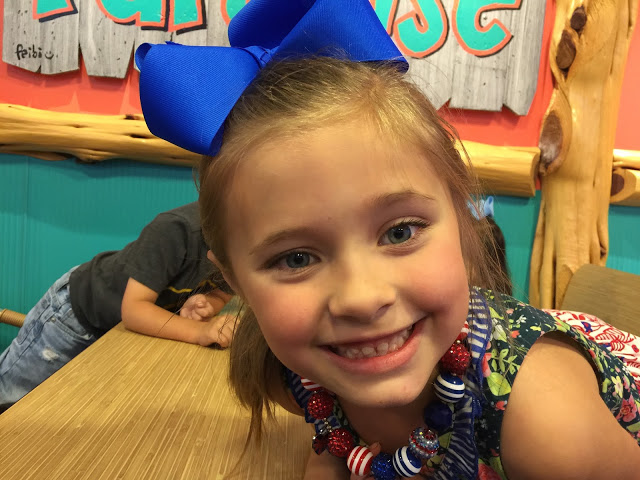 Trying to take a picture of all three at the snow cone joint…crazy kid kept putting her head in front of the other two ;).  The sign behind them says “paradise”…yup…snow cones are our paradise.

I was putting on my makeup and she was lying on the floor talking to me.  I hope she always wants to talk to me.  The other little foot belongs to her sister who was busy putting on “lipstick” (a.k.a. Chapstick). 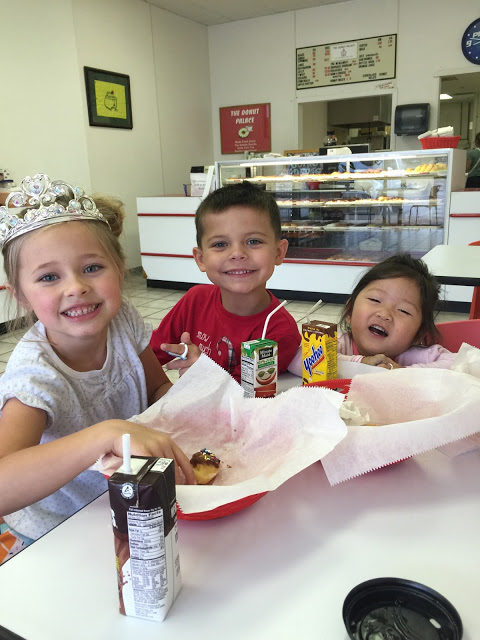 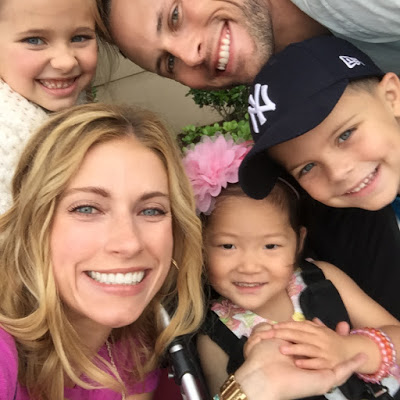 Memorial Day with my favorite people.  It was raining and yucky…so our annual family swim party was moved to another weekend.  The five of us enjoyed lunch at Cheesecake Factory before heading home to be lazy all afternoon. 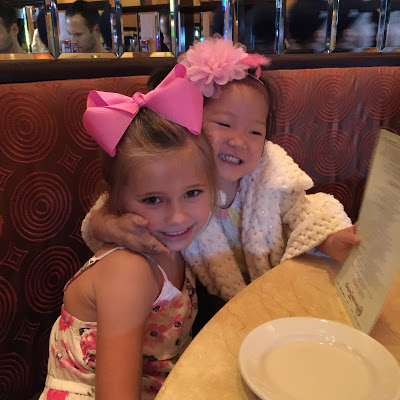 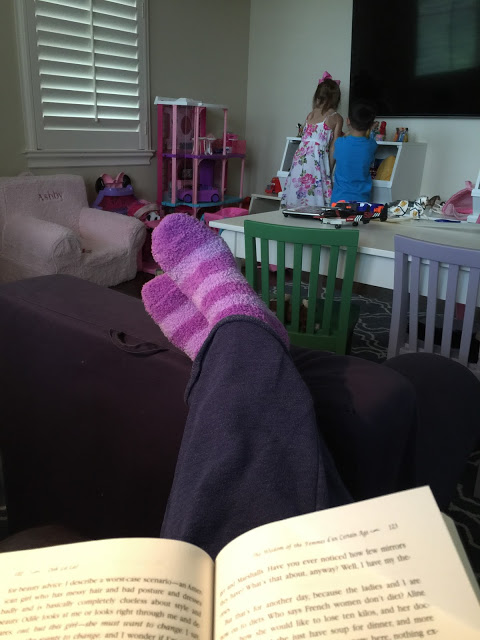 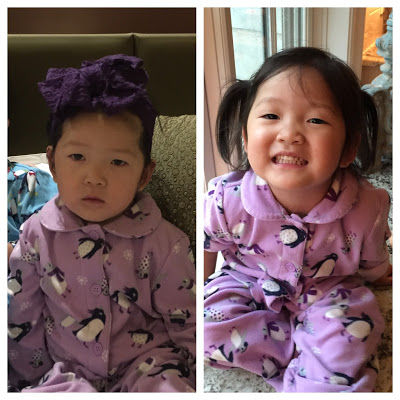 I was washing dishes the other night and talking to Ashby when I thought about the fact that she was wearing the exact same pjs that we had put her in on the first night we had her.  In less than five months, God has sure opened this girl up.  The girl in the purple pajamas has changed our lives forever. 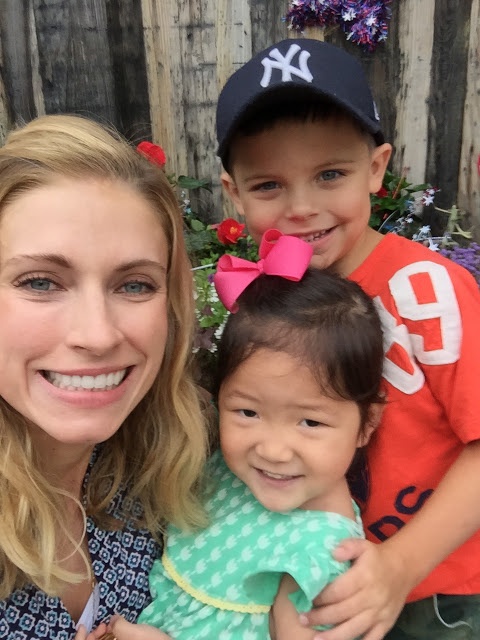 There’s a “selfie spot” on our town square and every time we walk by, Smith wants a picture.  We had brunch there on Monday and stopped for a pic.  Love these two. 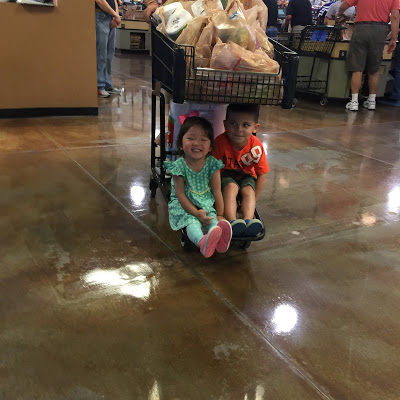 Leaving the grocery store.  I know I don’t live in an actual small town but it seriously feels that way most of the time…when we walked up to check out…Erika and her boys were the people in line in front of us ;). 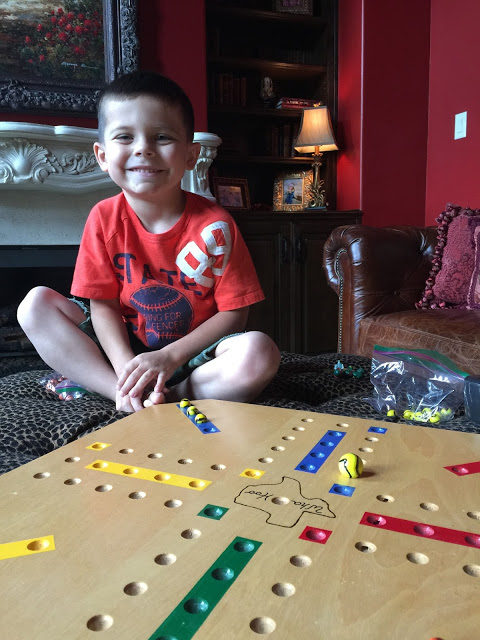 Growing up, we played Wha Hoo (it’s basically just like Trouble but with marbles) all the time…and now, we play it with our kids too!  Smith loves to play any type of game…and he loves to beat me too.
That’s our life lately!
This weekend for breakfast, you should make these… 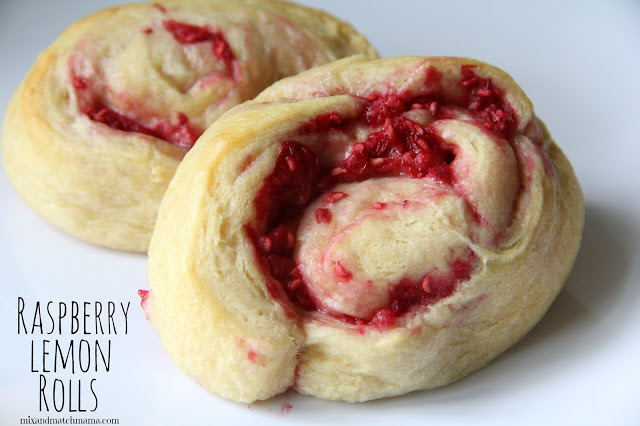 …Raspberry Lemon Rolls.  Only three ingredients :).
Have the best day! Things that are: HAPPY!