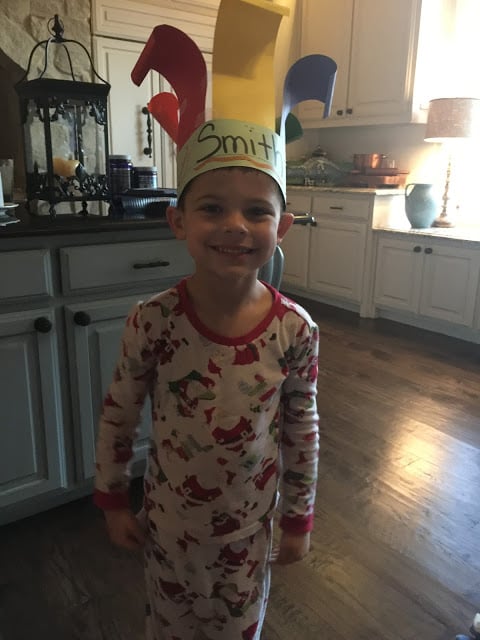 On Monday, our little man turned six!  This year for his birthday, he wanted a dinosaur day with his buddies at the Perot Museum.  The kids were off from school for MLK Jr. Day, so Andrew took off work and we spent the day celebrating Smith.  First up, he wore his birthday hat that his teacher made him on Friday :). 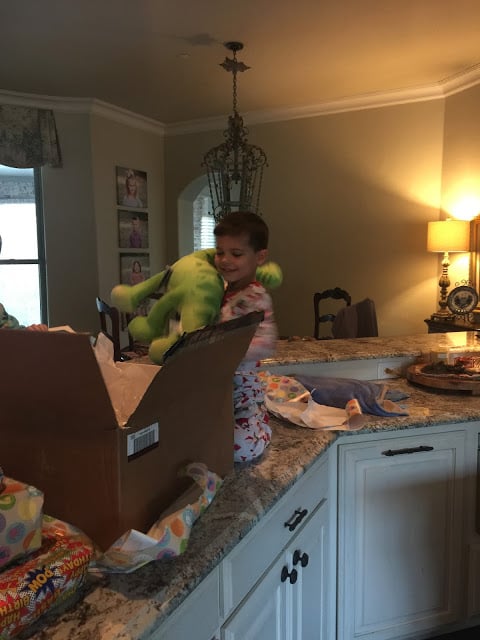 Smith opened presents first thing in the morning…and of course, he got a dinosaur for dinosaur day :). 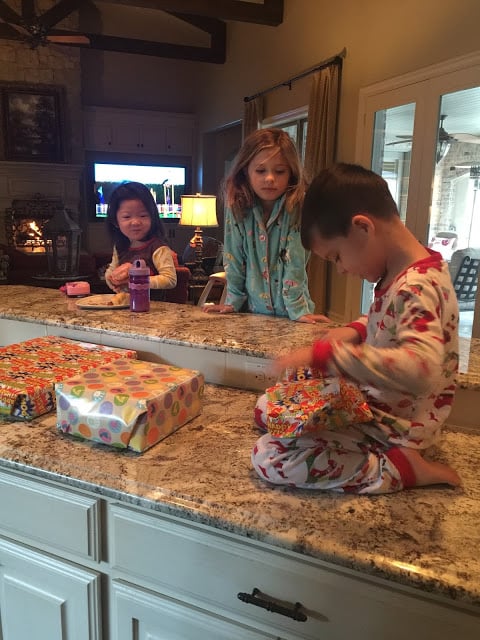 The girls ate their birthday donuts and watched him open gifts. 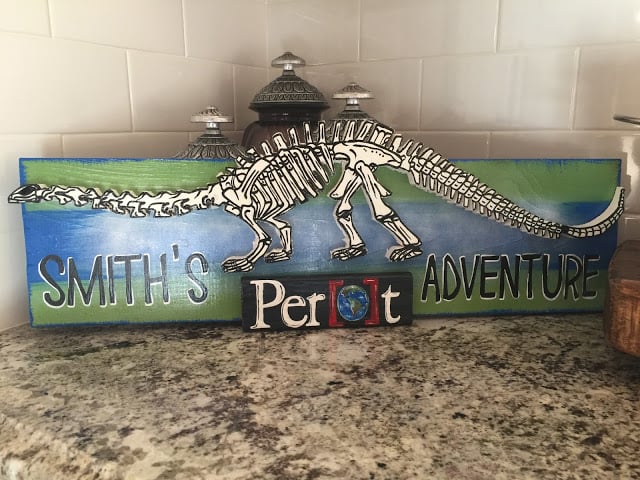 Every year my kids get a birthday sign for our birthday wall…and this one was so cool!  This year’s sign for Smith glows in the dark!  How fun, right?!?!  We were super pumped to have it up all week! 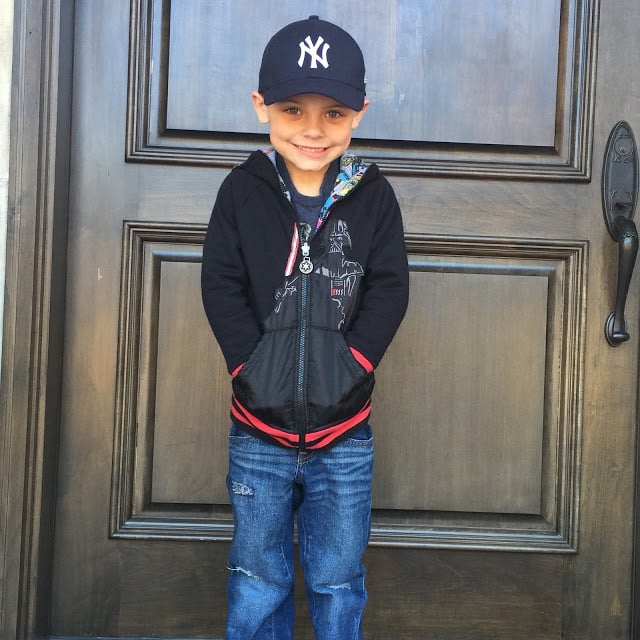 Our big guy headed to the Perot Museum! 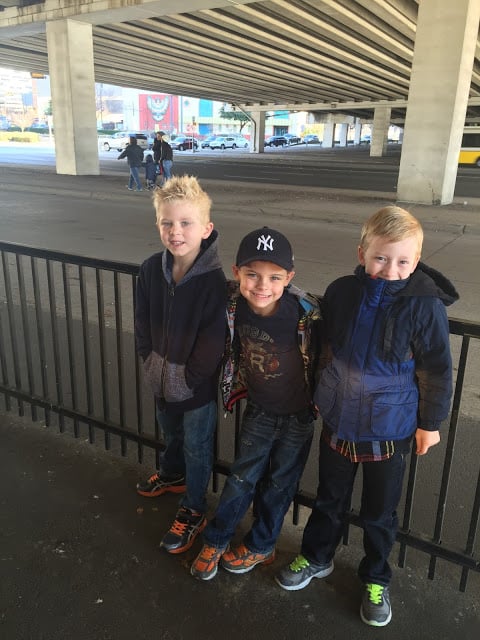 We picked up two of Smith’s favorite people for the day…Nixon and Fount and arrived at the museum. 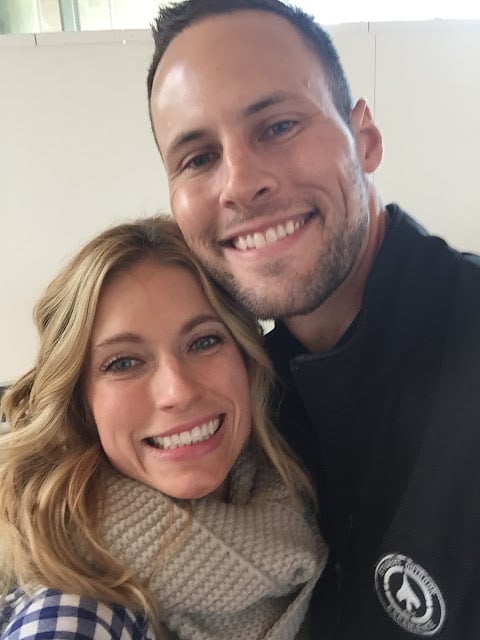 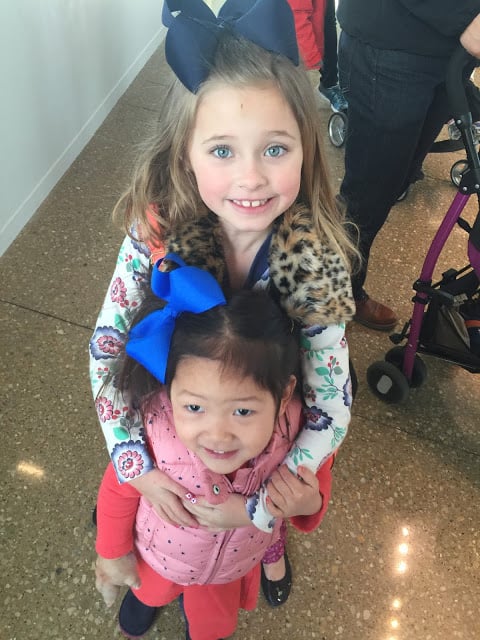 The girls had the best time hangin’ with the boys! 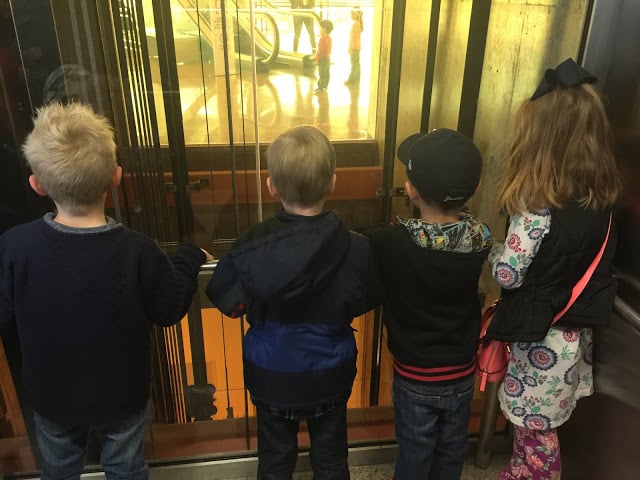 On the elevator heading up to the top floor.  We like to work our way down. 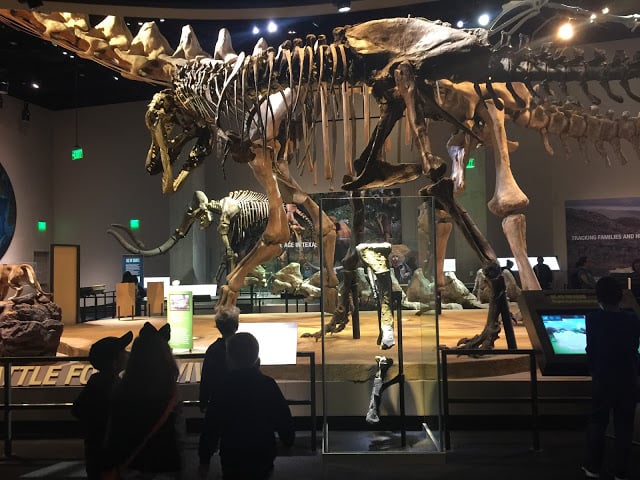 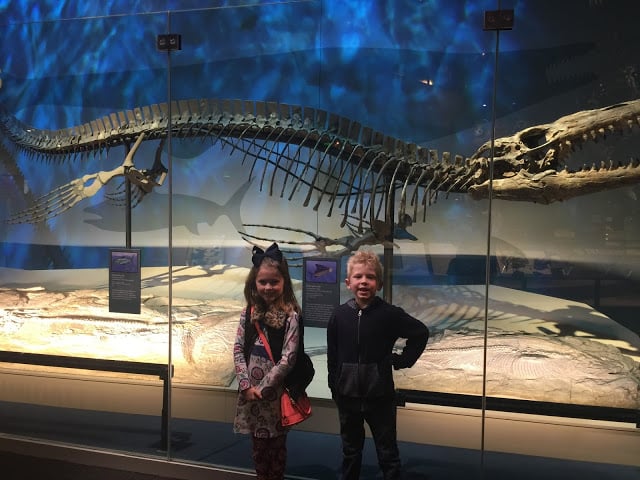 Kensington and Nixon are really funny together! 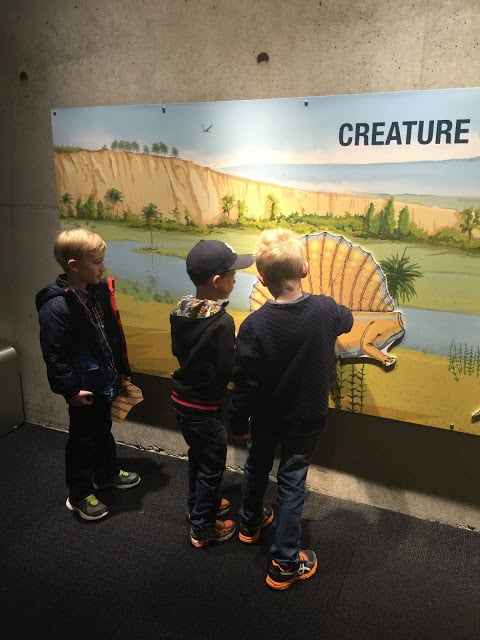 Working on the dino puzzles together. 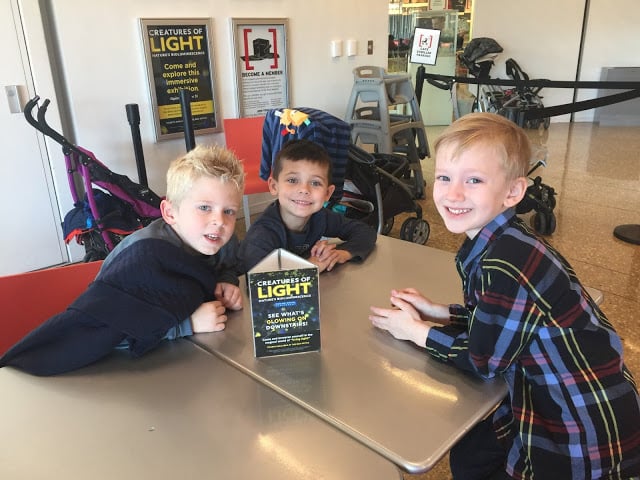 We came down for an early lunch before the cafe got too busy.  Happy campers! 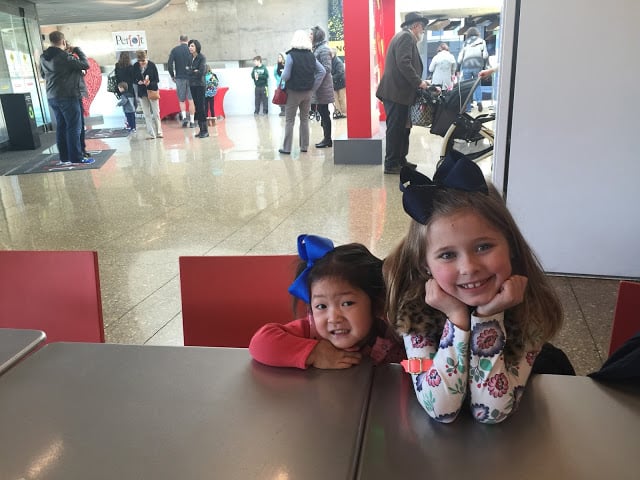 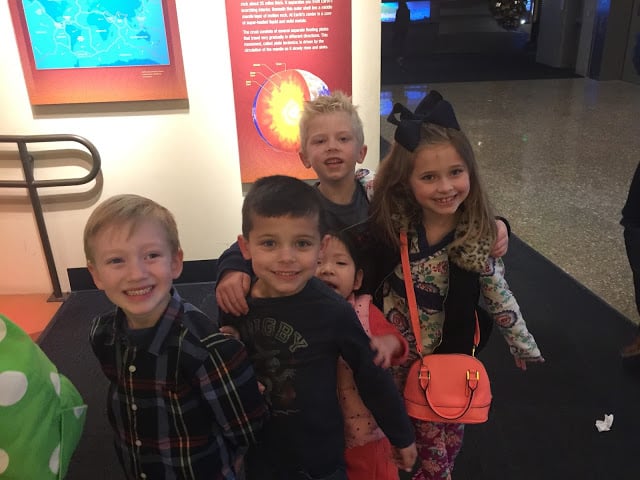 Trying to get a good pic of the five of them proved challenging.  Ashby is saying “hey, you’re pushing me”.  They’re in line here to ride the earthquake simulator. 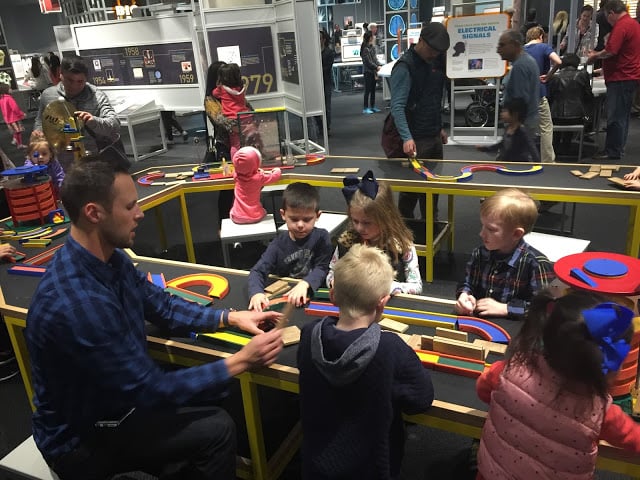 Building and designing is always one of Smith’s very favorite parts. 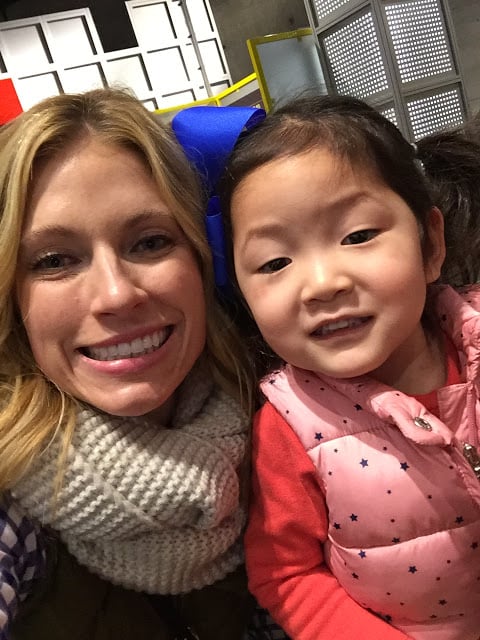 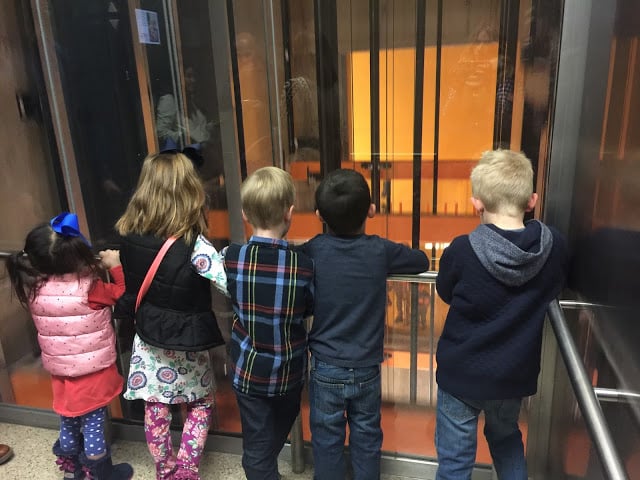 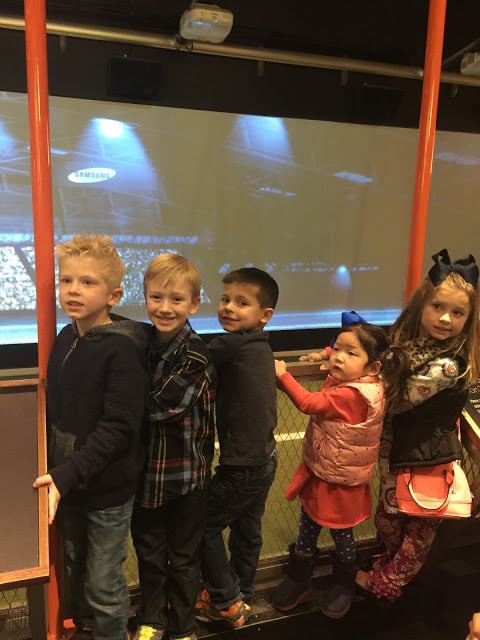 They’re in line to race either an athlete or an animal.  These kids are so funny.  They waited in line about 10 minutes for their turn and as they waited they realized that the slowest person to run against was a girl runner…so, since they didn’t want to lose, they picked her for their race.  Forget racing a cheetah?  Or a professional football player?  They wanted to race the slowest person possible.  Funny kids! 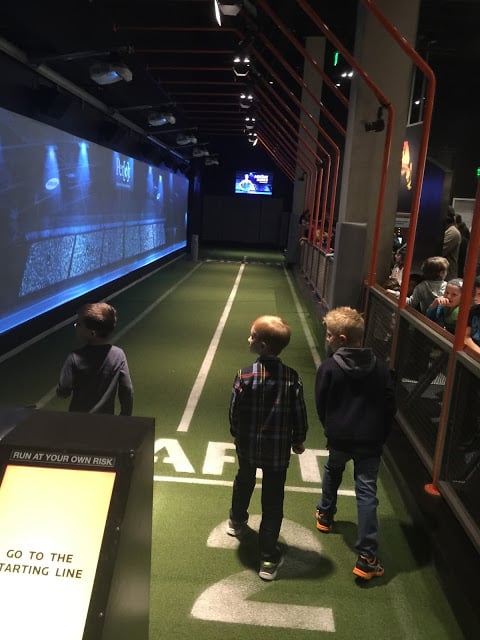 The boys about ready to race that girl. 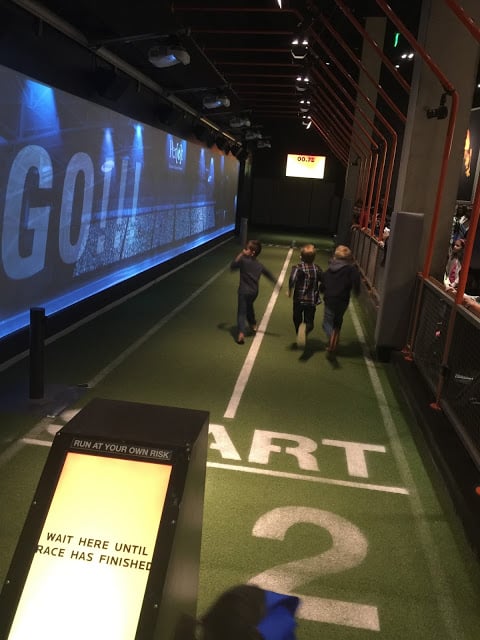 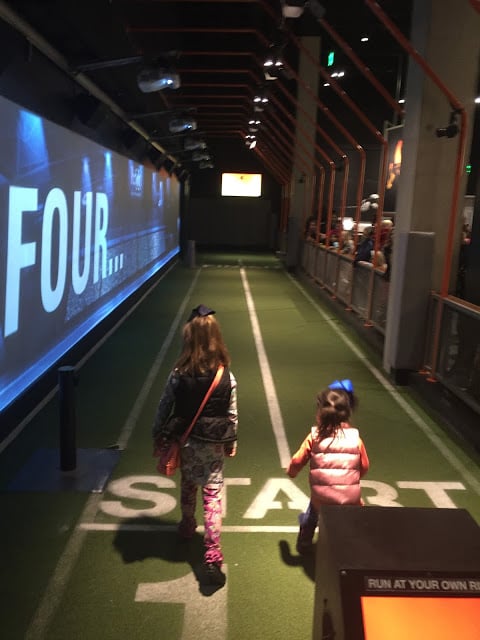 Even the girls wanted to race the girl! 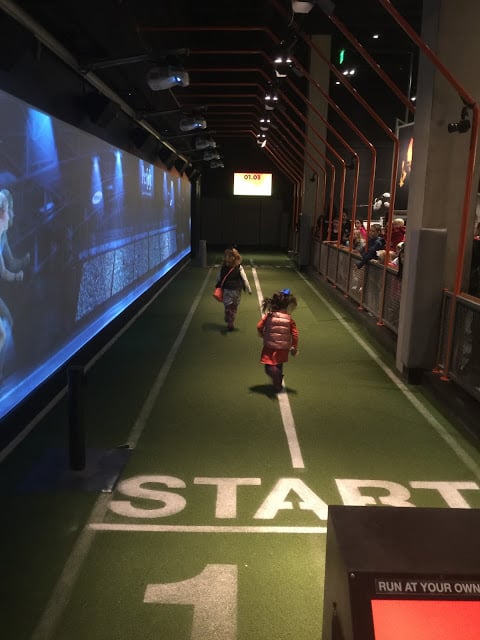 Cuties.
We had a super fun day at the museum!  We came home and chilled for just a bit and then it was Kensington’s time to head to dance.  After we picked her up from dance, we headed to Smith’s birthday dinner.  He picked…for the second time in 48 hours…Japanese Hibachi. 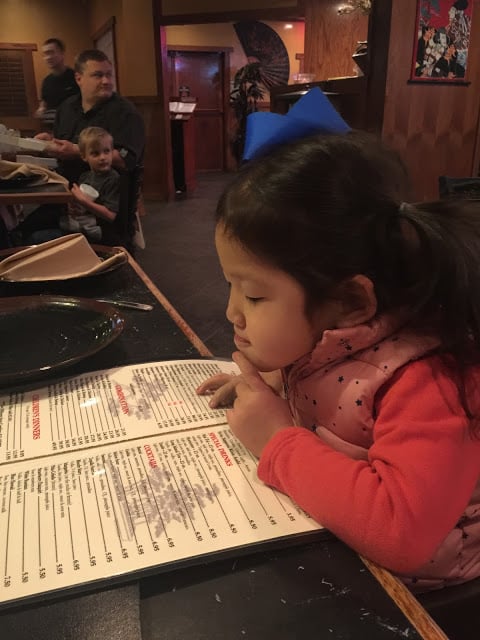 Ashby’s “reading” the menu (upside down, you’ll note) and when I asked her what she wanted for dinner, she said “a hot dog”. #toughluck 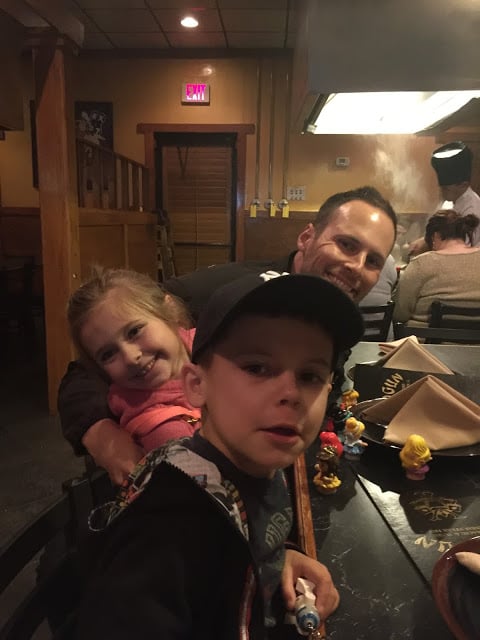 What?  It’s still my birthday? 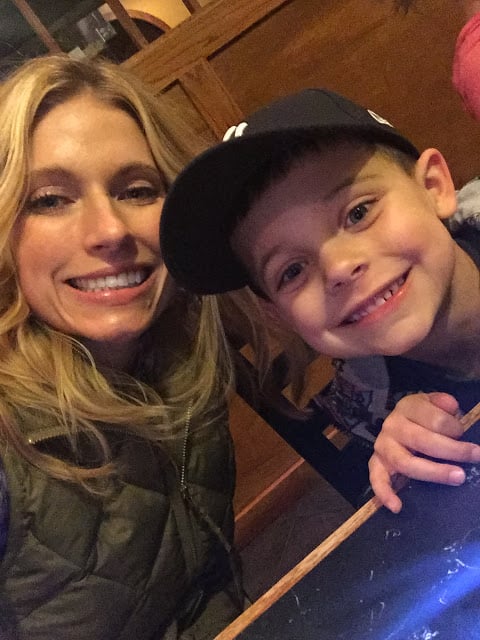 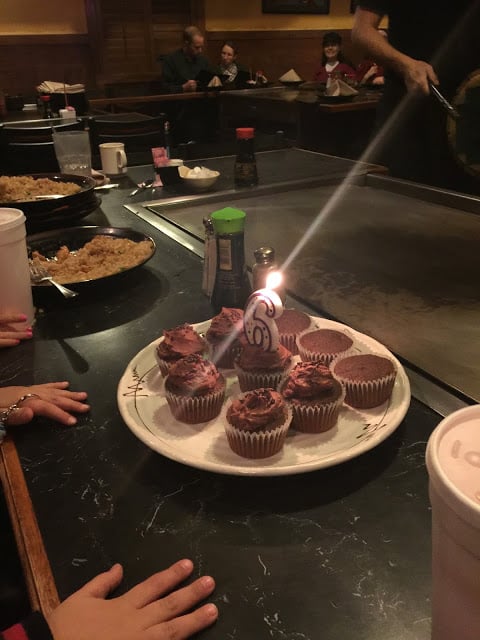 Smith wanted me to make him chocolate cupcakes for his birthday, so I made them and we brought them to the restaurant.  Note, I left three unfrosted because sometimes some of my peeps don’t want frosting. 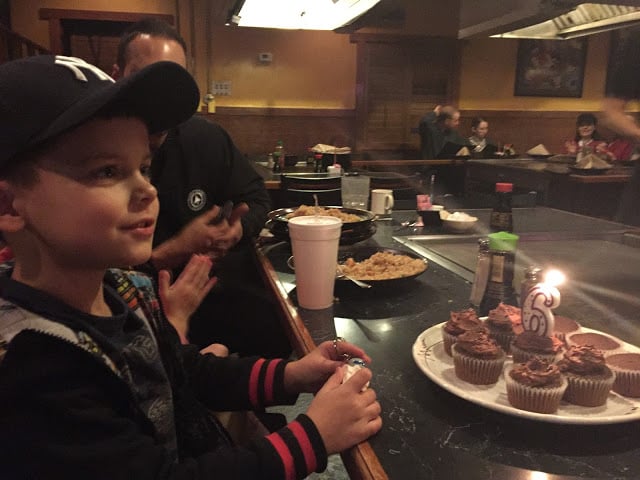 Everyone is singing happy birthday to my big six year old here.

It was the perfect dino day for our Smith!

And…if you want to make those cupcakes, the recipe is right here… 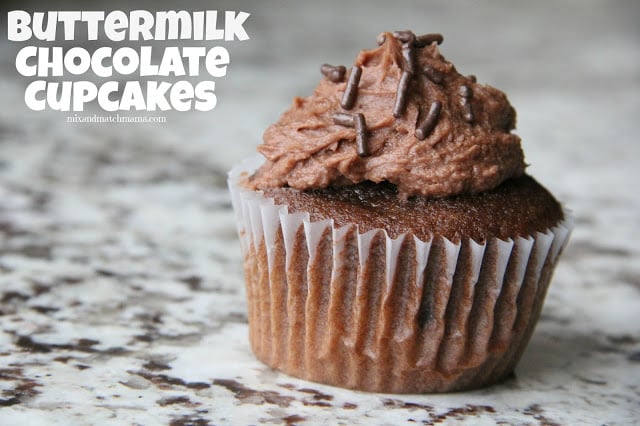 …my Chocolate Buttermilk Cupcakes are pretty darn fabulous if I do say so myself!