Life lately has been really nice.

Nice but also a little crazy.

And kind of tiring too.

I’m very much an organized person.  I dot every i and cross every t…until recently when I’ve been a bit of a hot mess from time to time 😉 .

1: I accidentally threw away Kensington’s brand new jazz shoes.  On trash day.  So, yeah, I had to buy another new pair. #uggggg
2: I spent a week coordinating a play date with Smith and a school friend.  And then totally forgot all about it. I’m sure the new friend’s mom thinks I’m a mess.
3: I used to shower every single time I finished up at the gym…in the last week, I’ve only done it one out of four times.
4: I forgot that I had to teach Sunday school.
5: I was running late to speech therapy with all four kids and was so hot by the time I got there that I had to sit out in the hall with my shoes off and jeans unbuttoned just to cool down.  I was thiiiiiis close to just taking my pants off entirely.
6: I forgot to put on deodorant one day.

So…it’s been fun…but it’s a whole new ballgame that I’m having to get used to :).  Sometimes, with my pants undone. 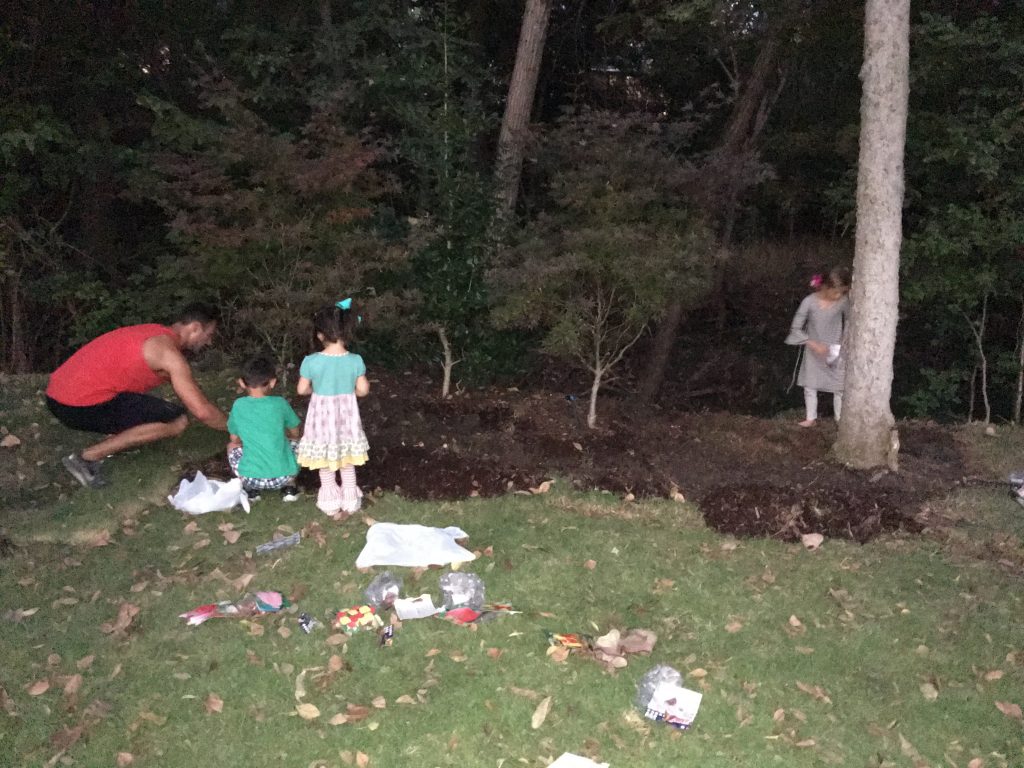 We brought home tulip bulbs from Amsterdam over the summer and planted them in the backyard one night after dinner this week.

This girl has such spunk! 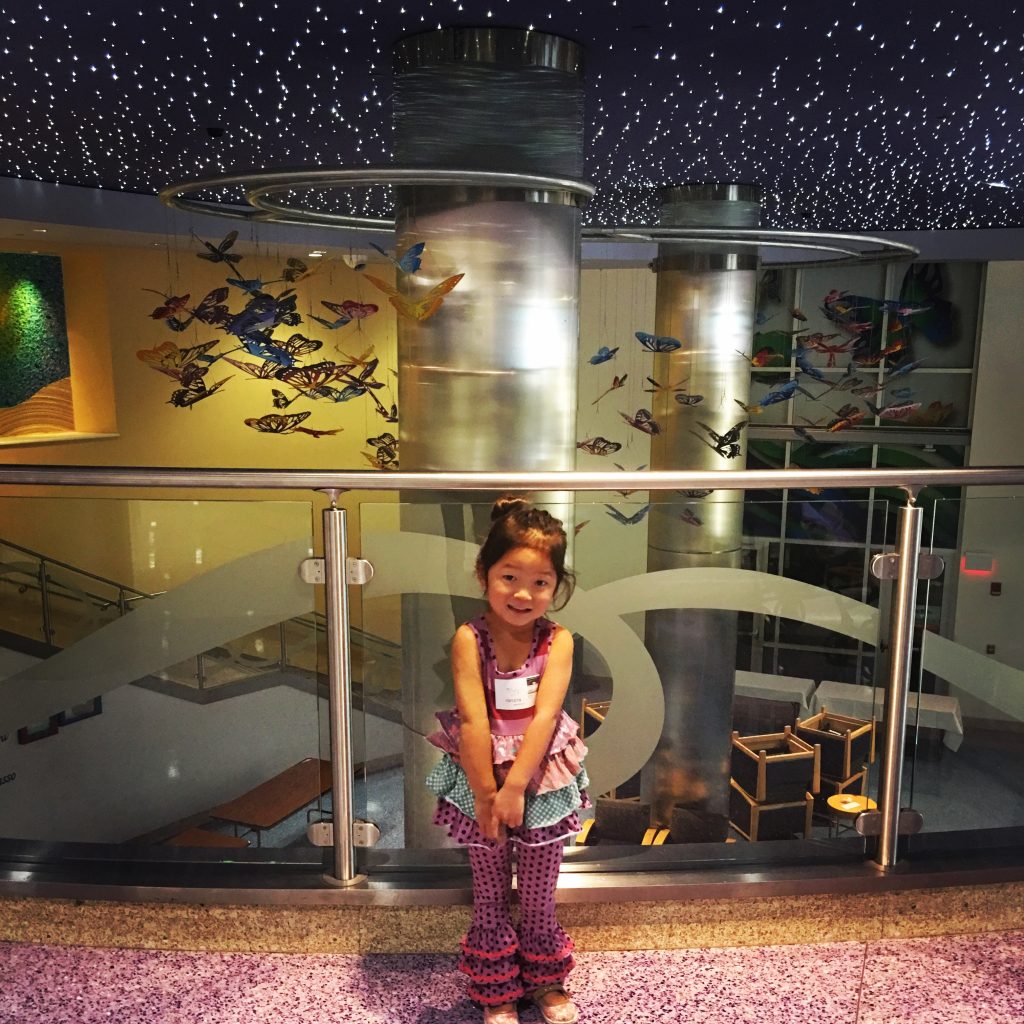 I took this picture last Thursday morning after Ashby had been all checked into the hospital.  We were walking down to the radiology department when we stopped for a picture by the butterflies.  This girl is so tough.  She knew she was going to get an IV (in her ankle!), she knew she was going to go to sleep and wake up in so much pain and with a wrap and sling…but she never wavered in her joy. 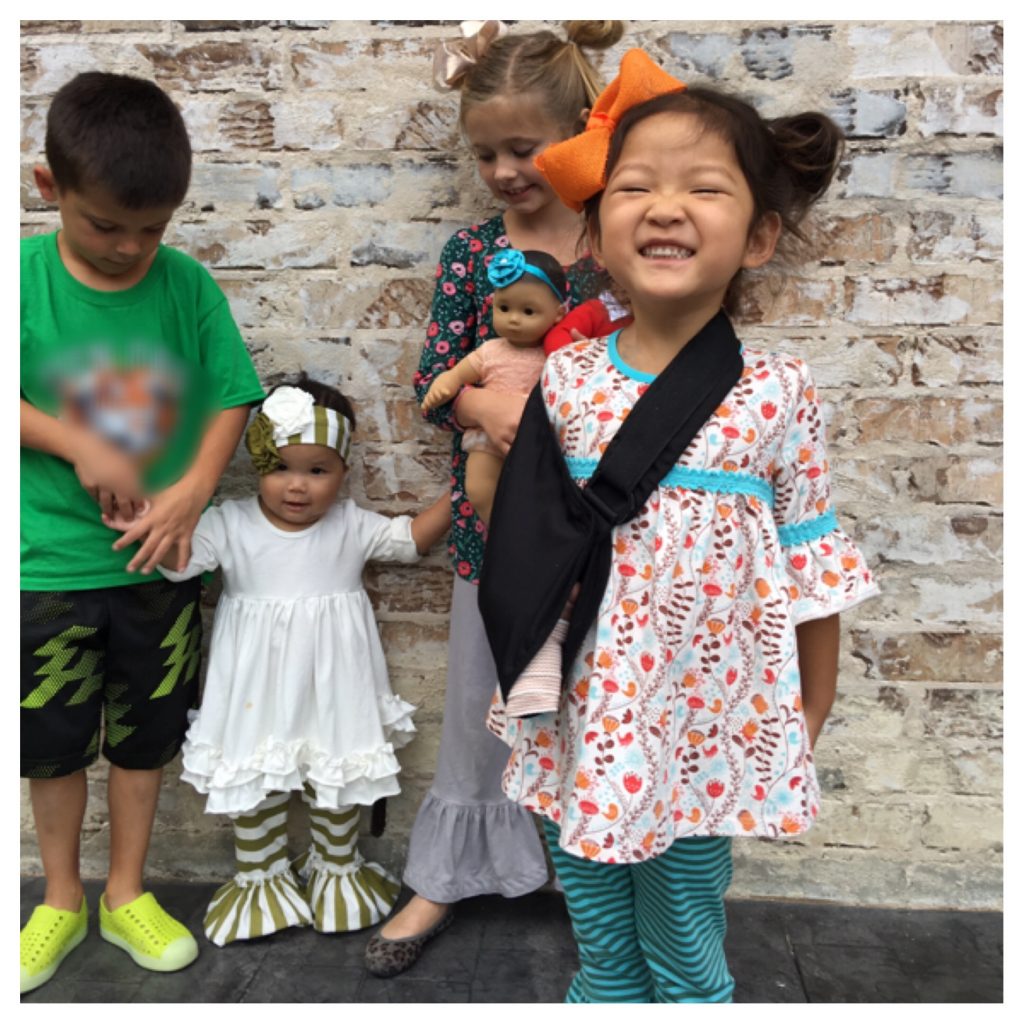 Speaking of which…here they were just one day later as we were getting ready for dinner.  While the big kids fussed over how they were going to hold Madeley’s hands, this one stood grinning from ear to ear. 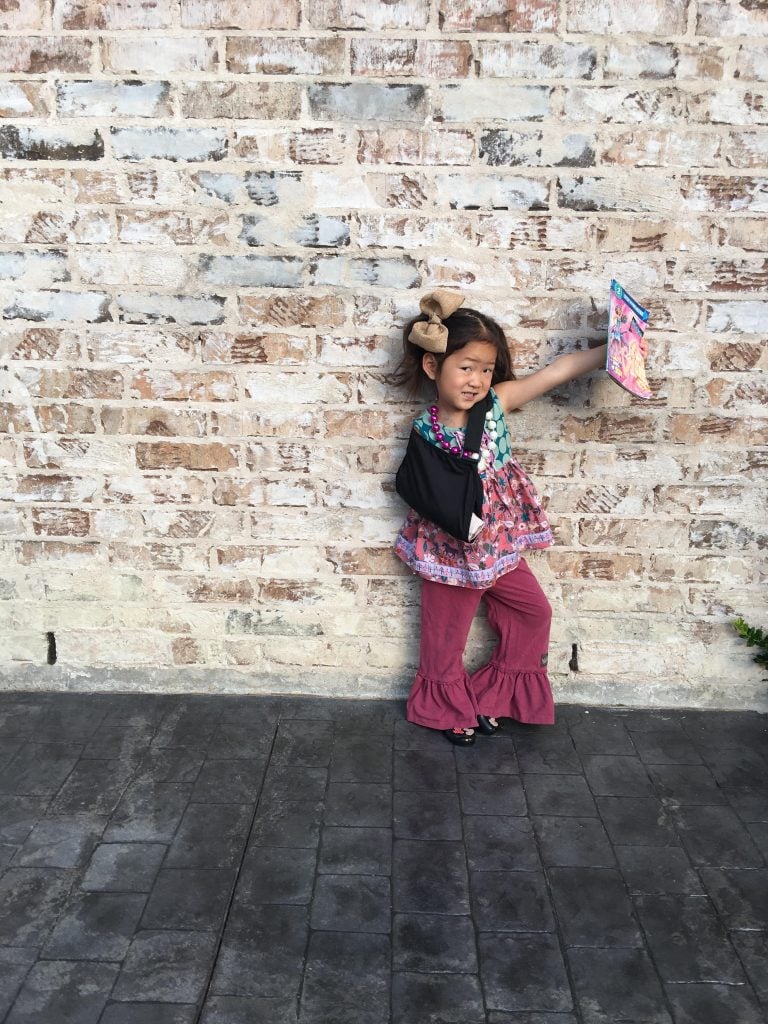 She said “take a picture of me and my book Mom”, so I did! 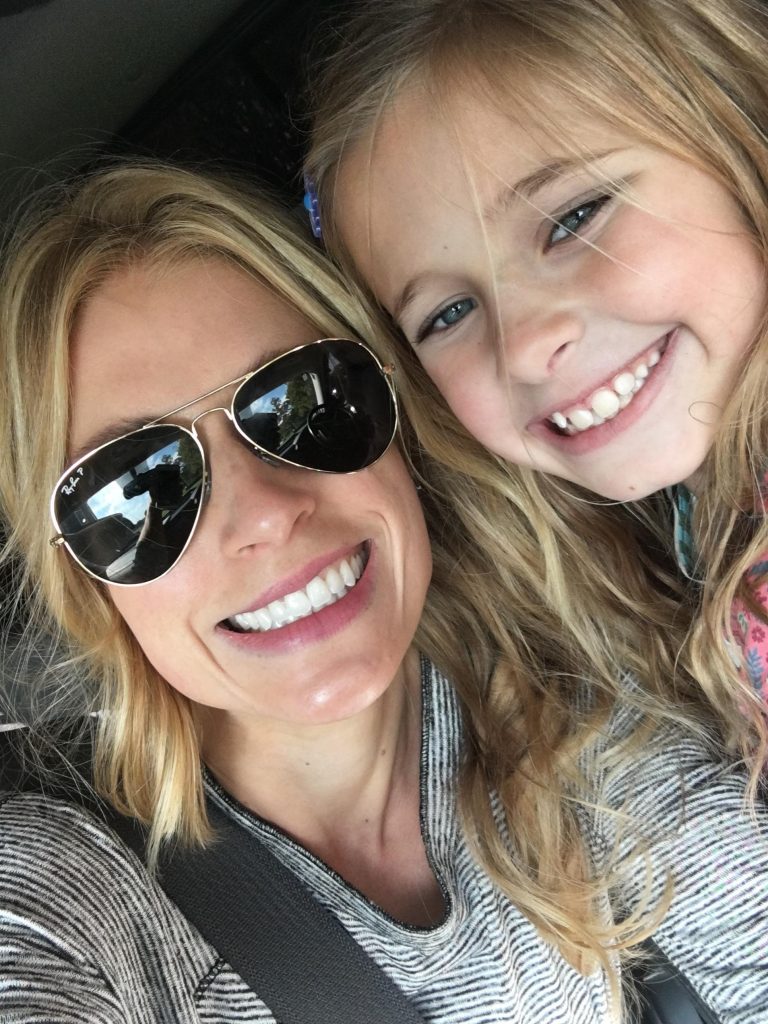 Love this girl so much! 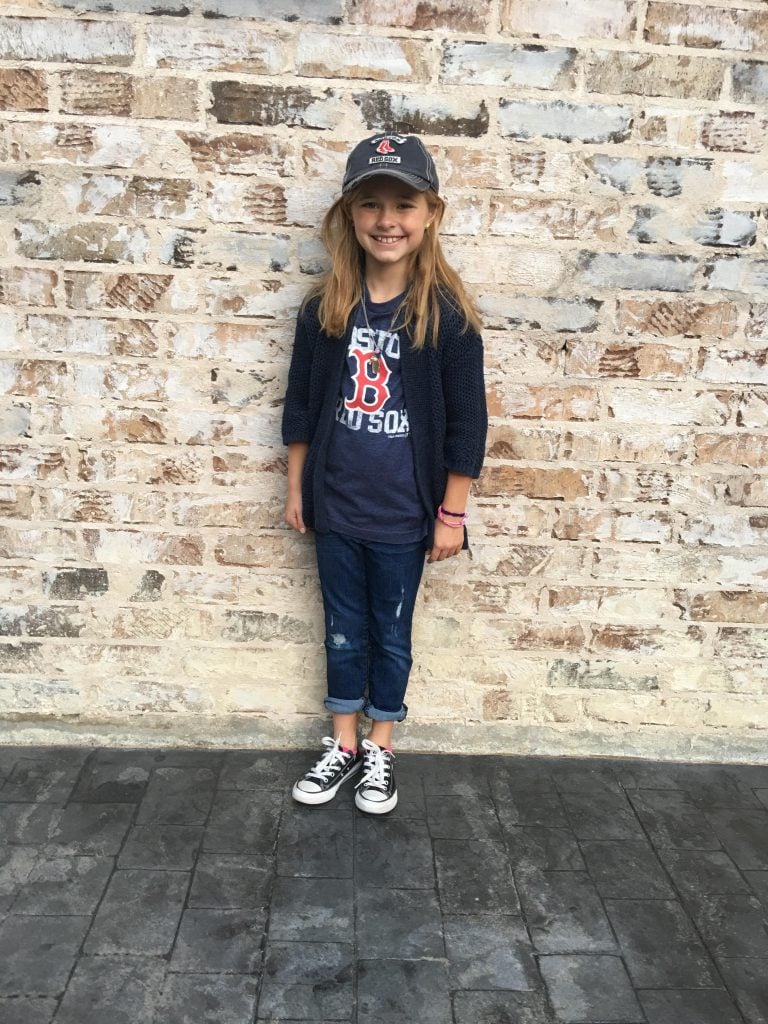 It was hat day in the 2nd grade and this one picked out her outfit.  That morning, she was so excited to get dressed and wanted me to take her picture (this one).  When I picked her up from school, she was sad because she said some boys were making fun of her for wearing “boy clothes”.  My mama bear heart wanted to track down said stupid boys and wring their necks…but I refrained.  Sweet girl.  I hated that they took the wind out of her sail. 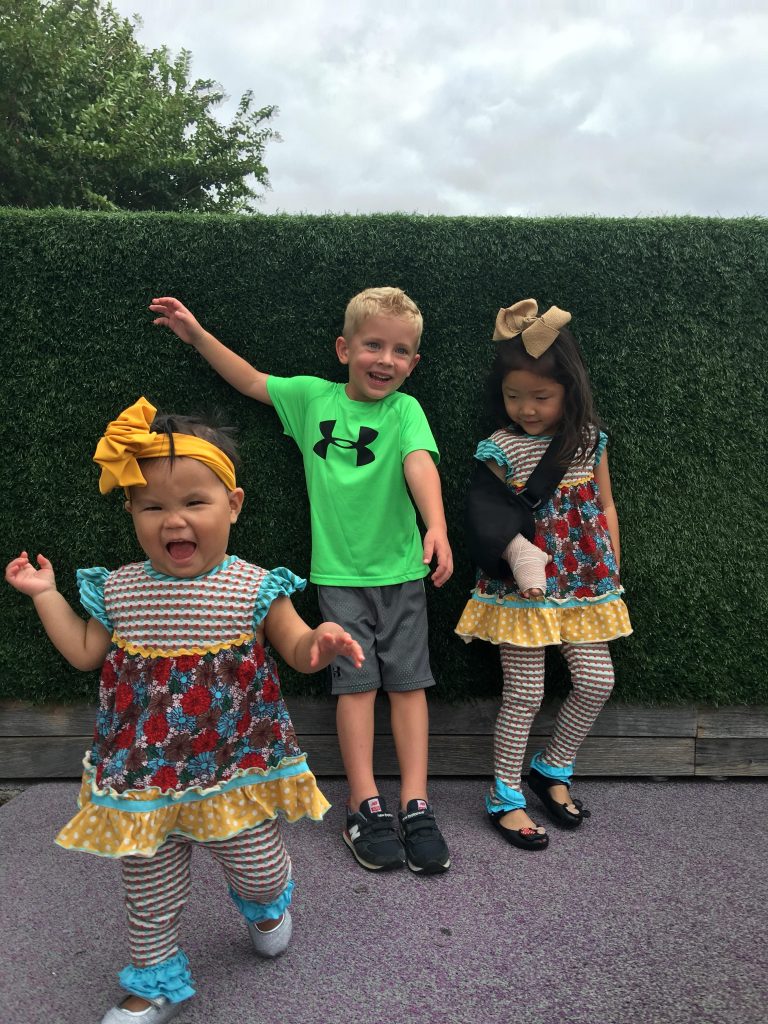 On Monday, Erika and I took these three to a little park for a bit after lunch. 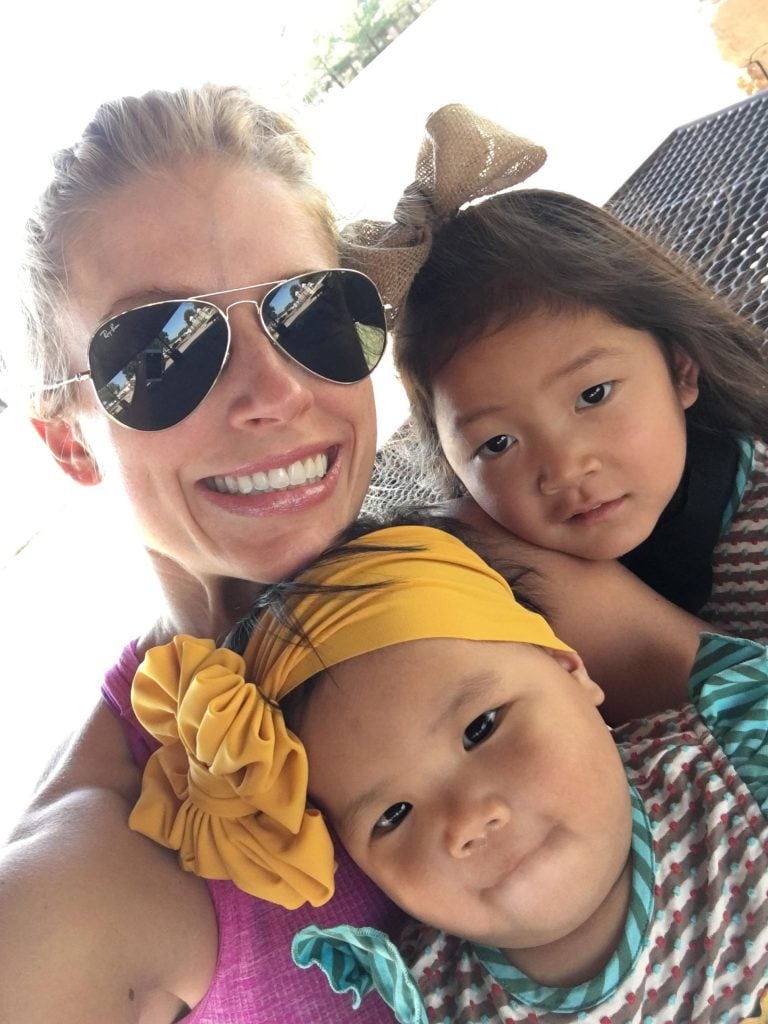 And then later after naps, we walked to the school park and waited for the big kids to walk out. 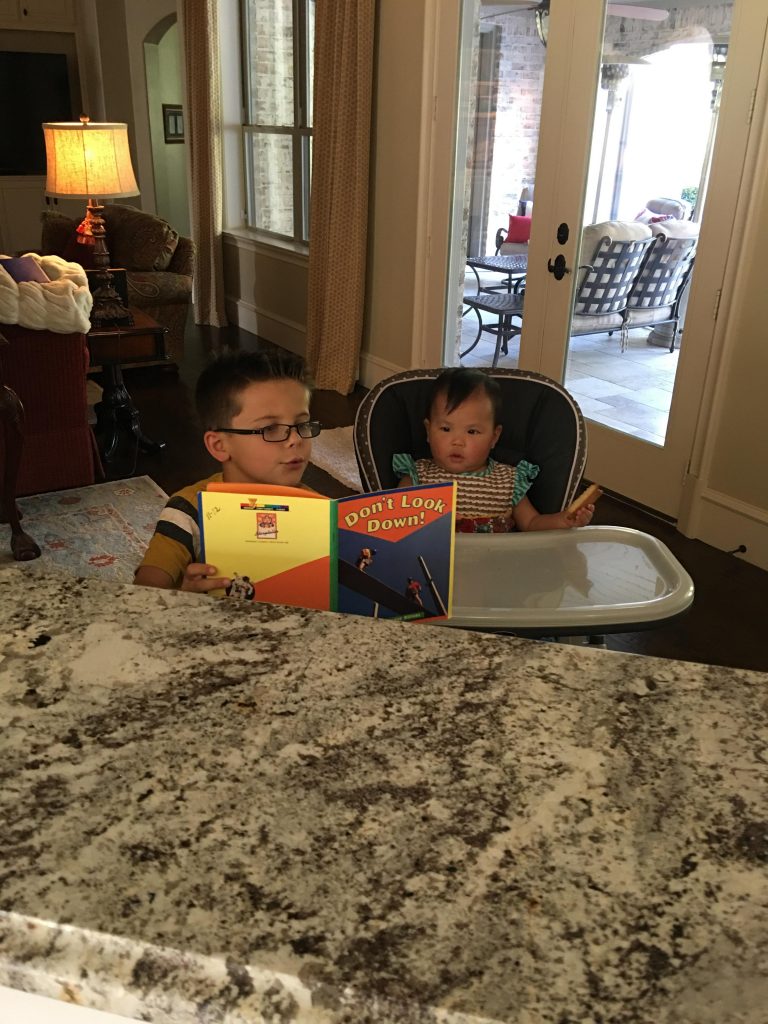 I couldn’t love this more. 🙂 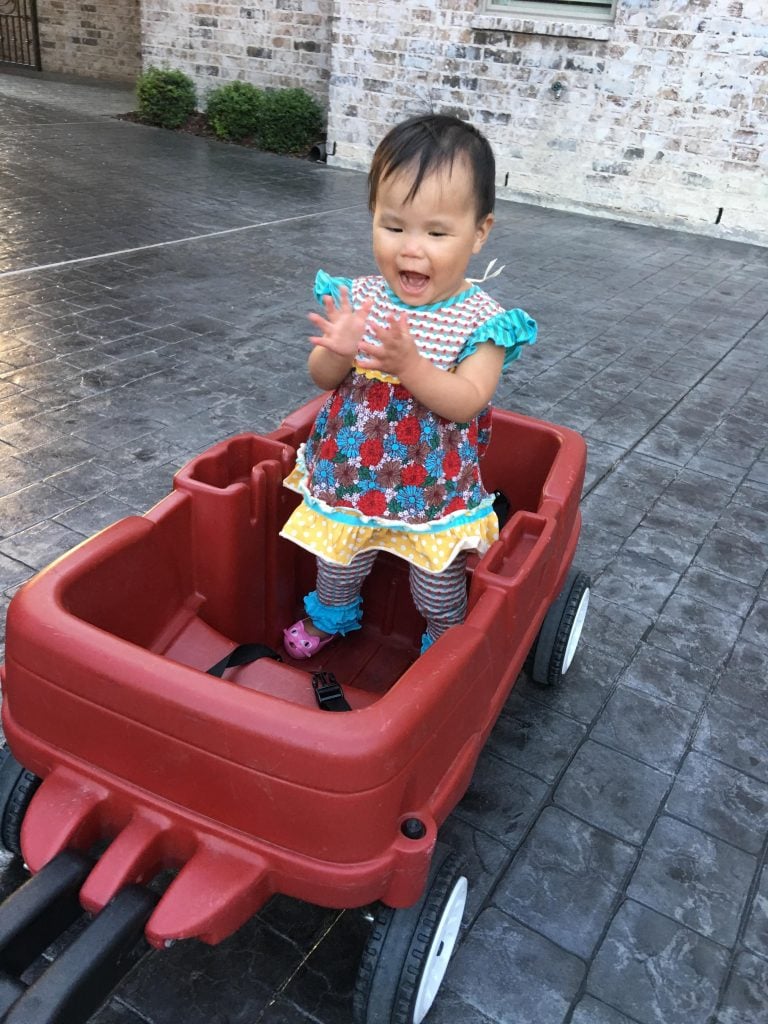 We really try and do something outside every night after dinner.  Madeley is a big fan of her wagon! 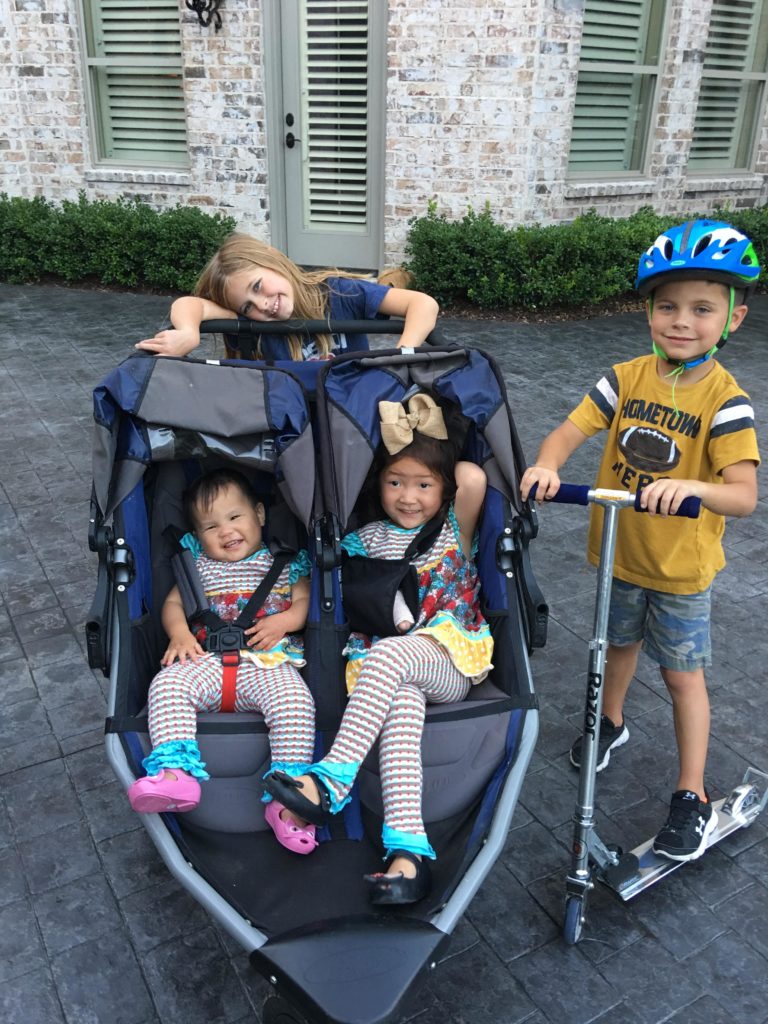 All set for a walk around our neighborhood! 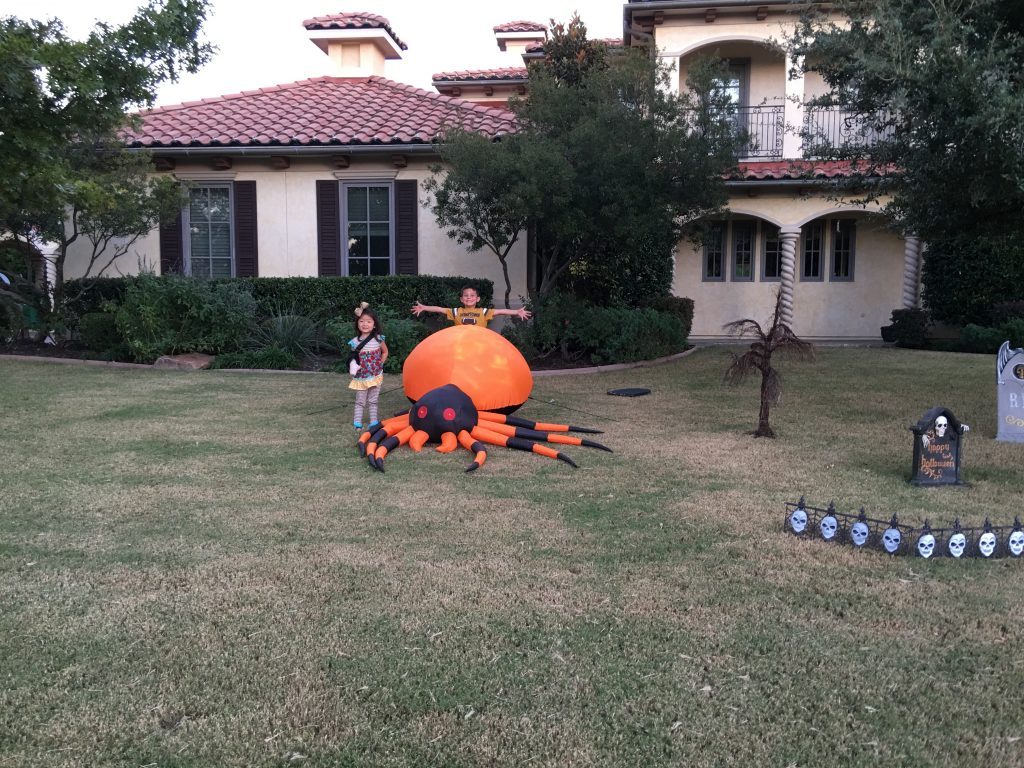 We love when neighbors decorate for holidays!  Giant spiders are our jam!