I have some Halloween pics for you today!!

Halloween 2017 went down with a bang!  Family, friends, food, fun…what more could four kids and two parents ask for?!

Here is a little peek at our fun Halloween… 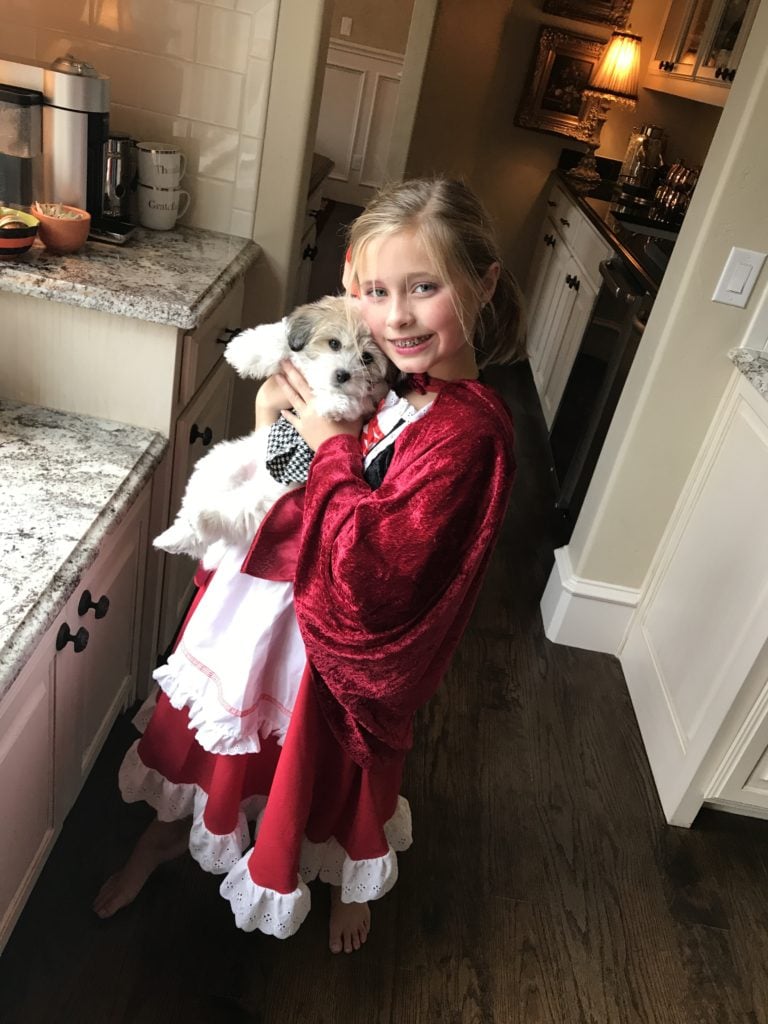 Kensington was Little Red Riding Hood and Frenchie was the big bad wolf.  K made her a little collar that said “wolf” on it plus put her in a skirt, so you know…totally a wolf 🙂 . 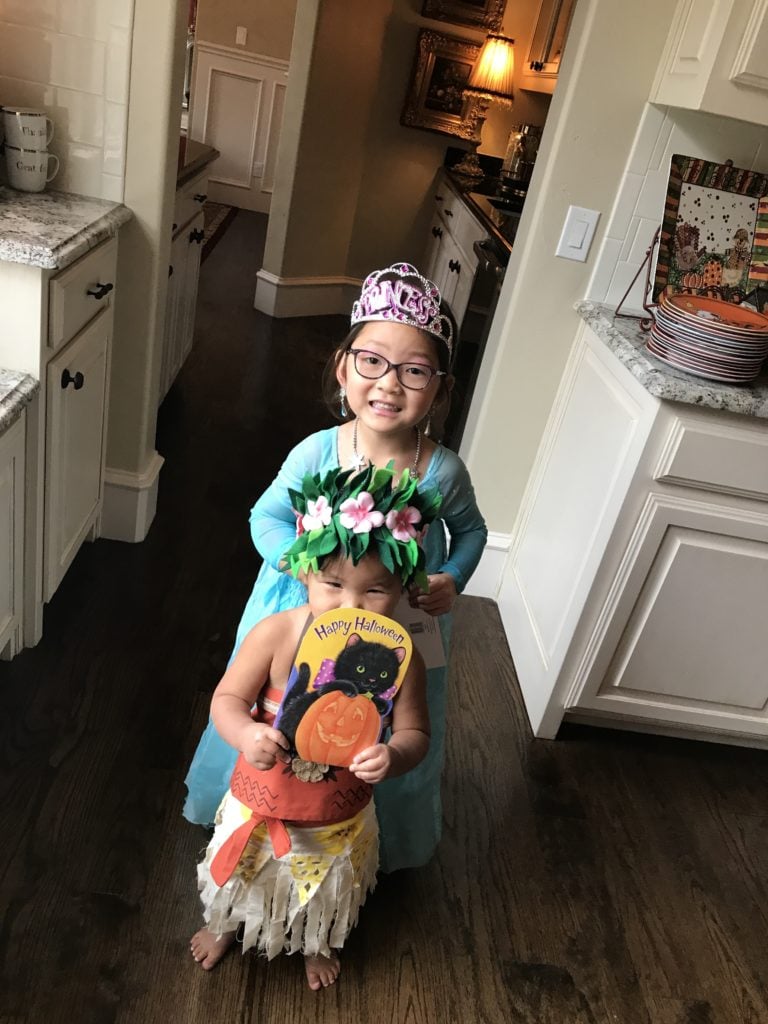 My grandmother sent the four kids cards and these two wanted them photographed.  They were so excited about the day!! 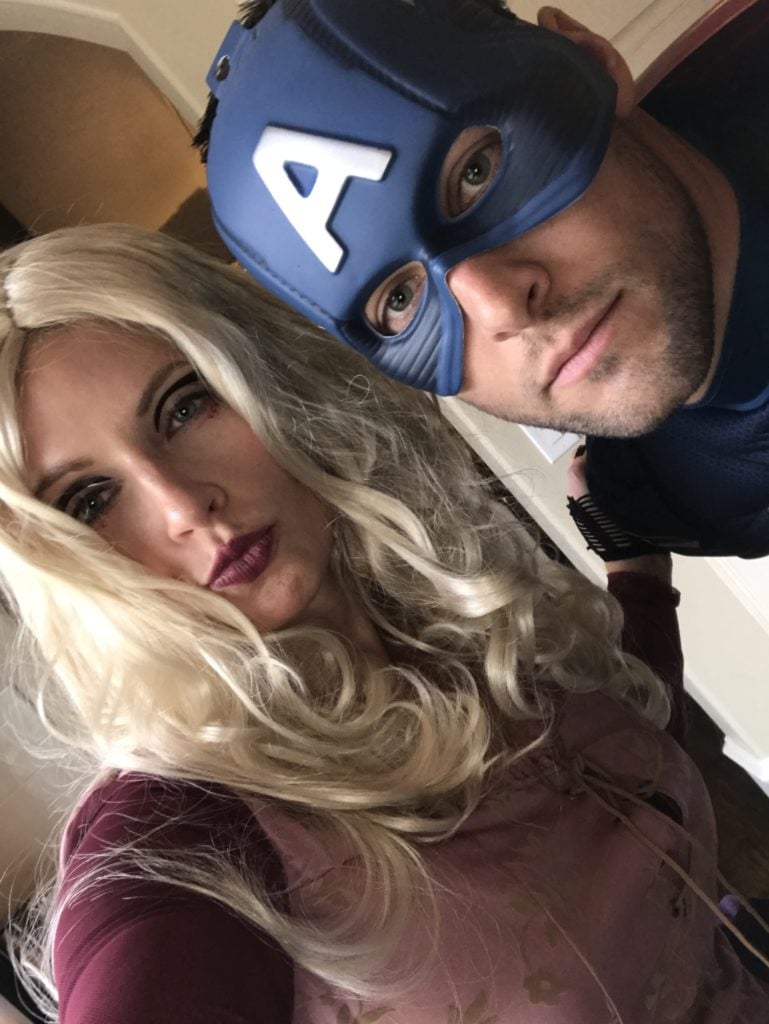 A Sanderson sister and Captain America. 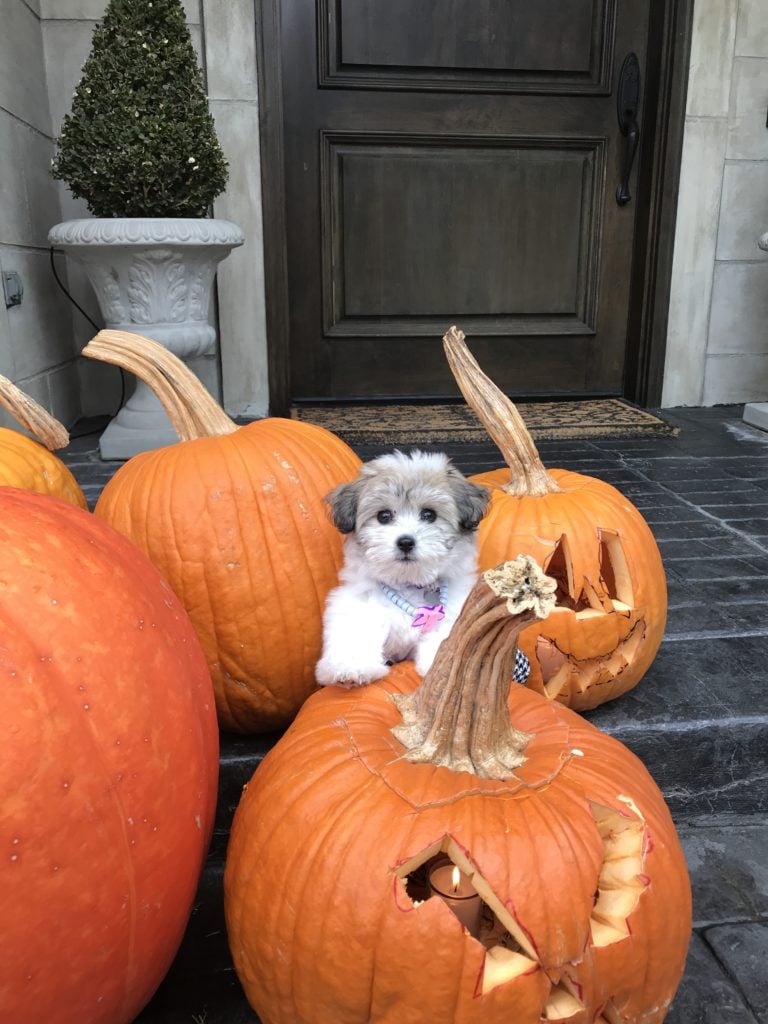 Frenchie Macaroon hung out with the jack-o-lanterns until our family arrived. 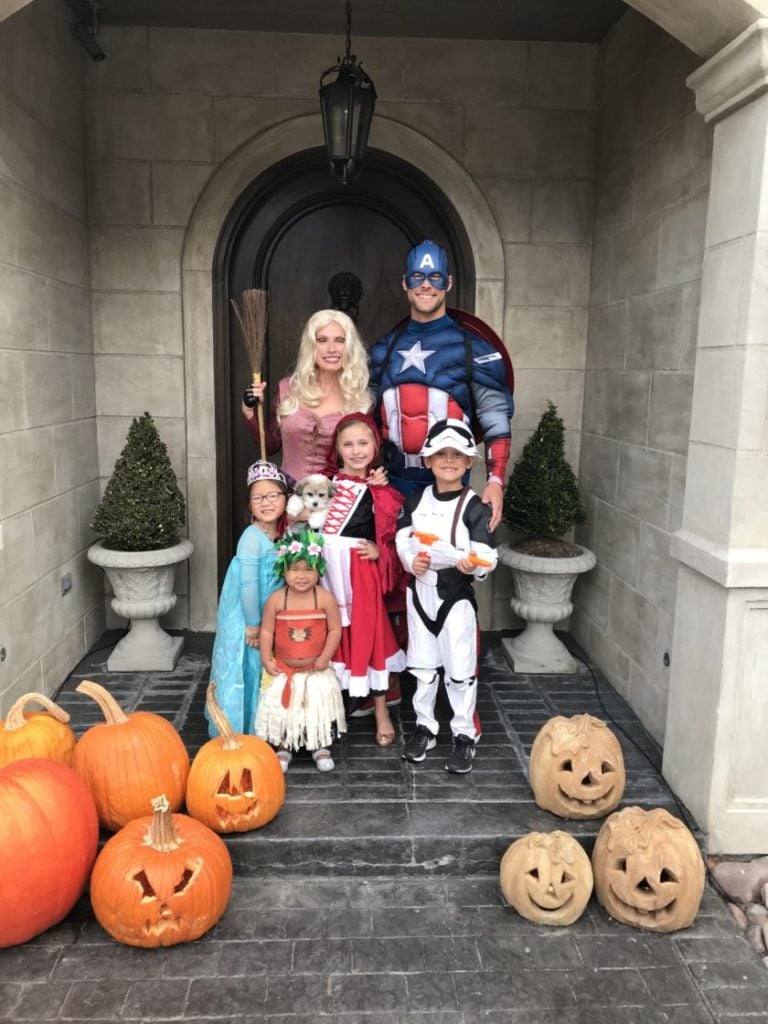 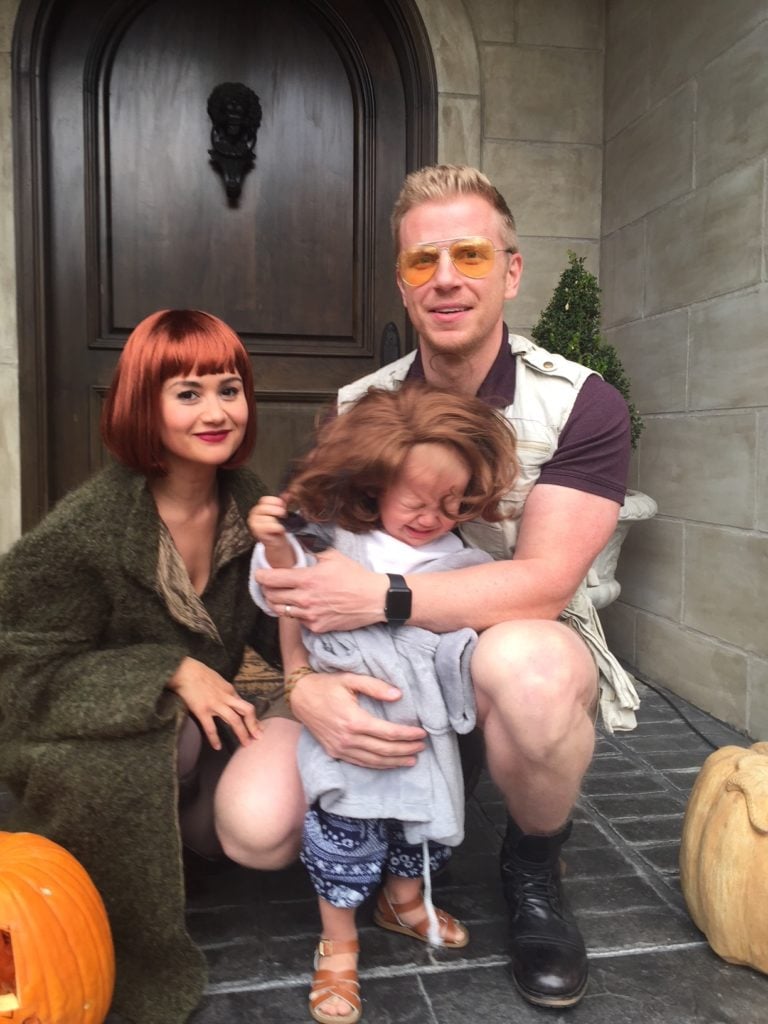 I asked Catherine which pic I should post of their family today and she said this one.  Ha!  I mean…sometimes, your one year old just does not want to wear a wig.  Sweet Samuel was much happier in his panda costume (below).  Love these three so much!!

My parents, Sean, Catherine and Samuel came over for dinner, and then we all headed… 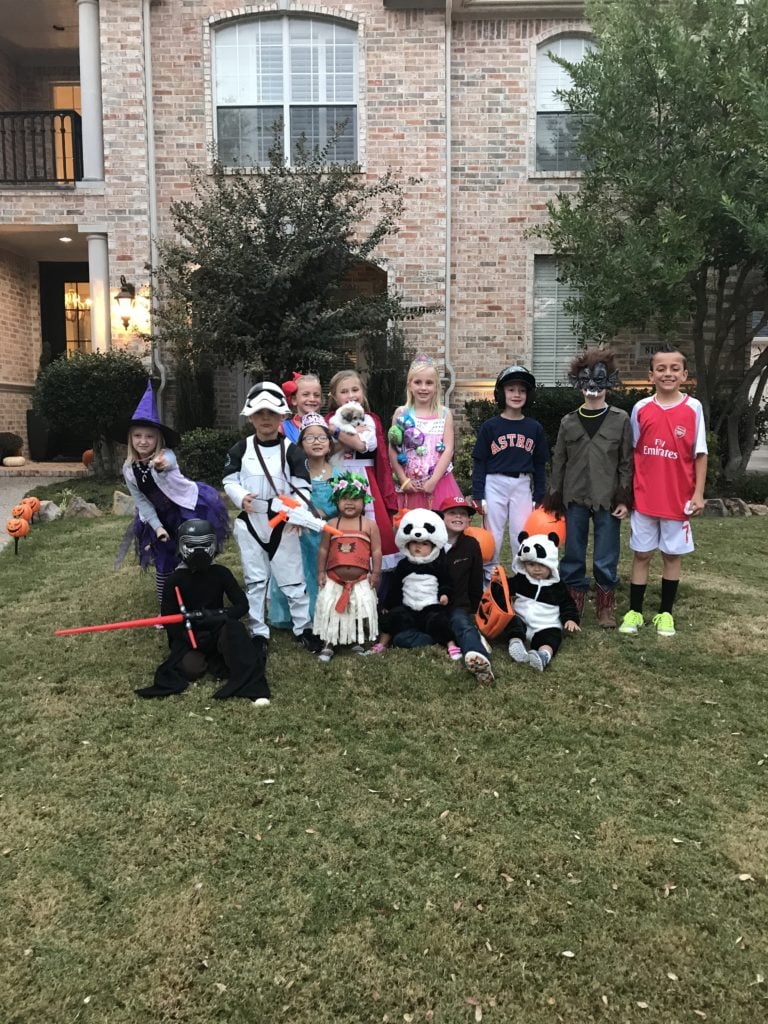 …to Erika’s house!  We typically trick or treat at Andrea’s, but her kiddos had other things going on this year, so we met up at the Slaughters. 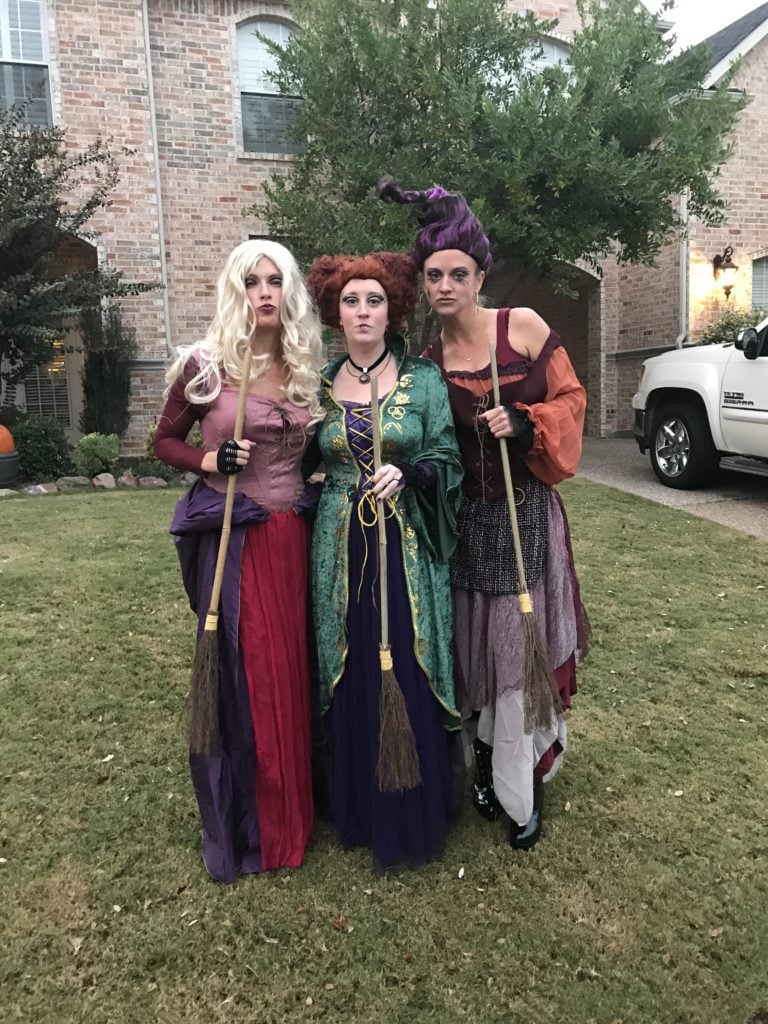 The three Sanderson sisters were just as excited as the kids to wear our costumes! 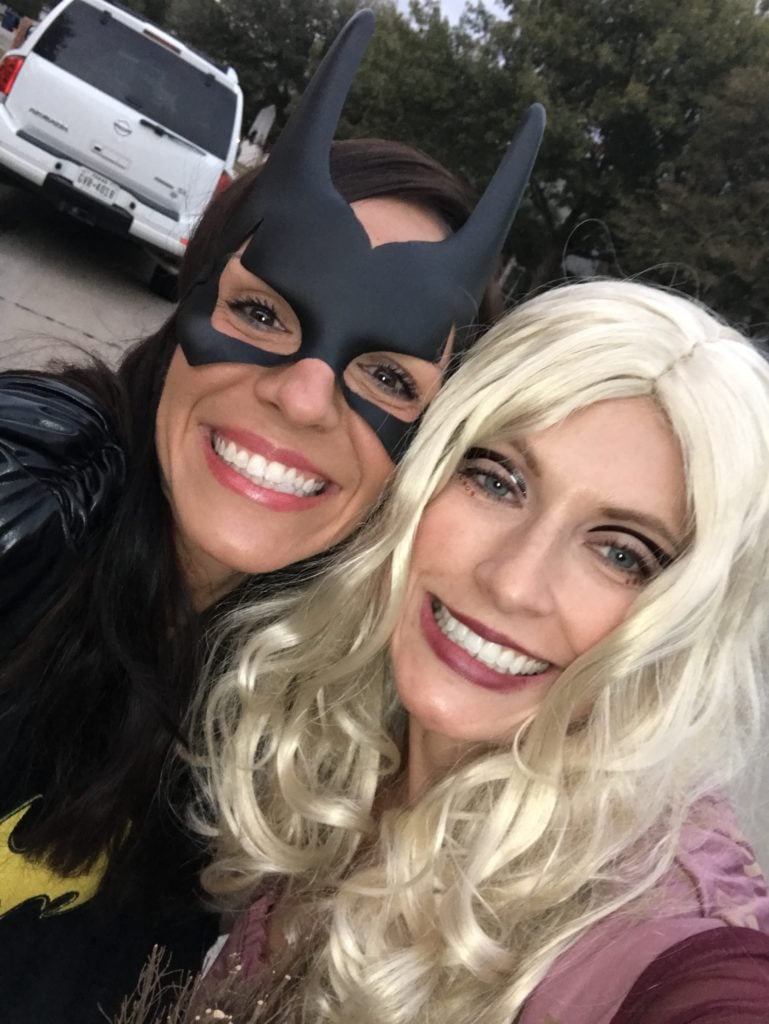 Bat Girl and her family were there too!  We had so much fun!! 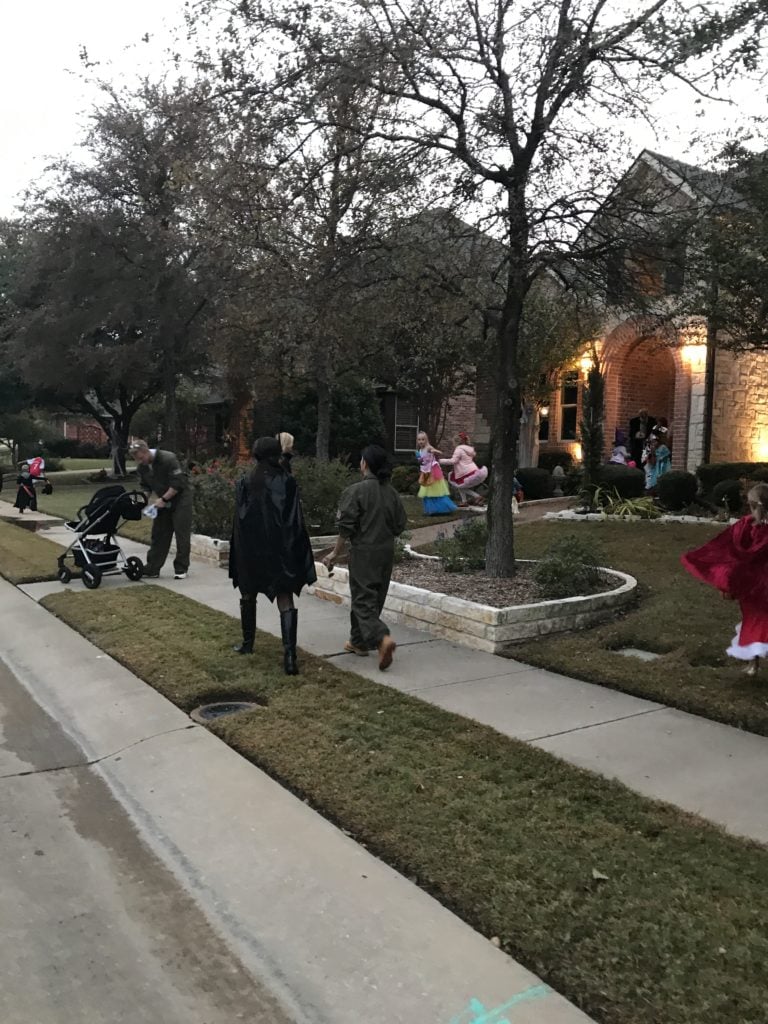 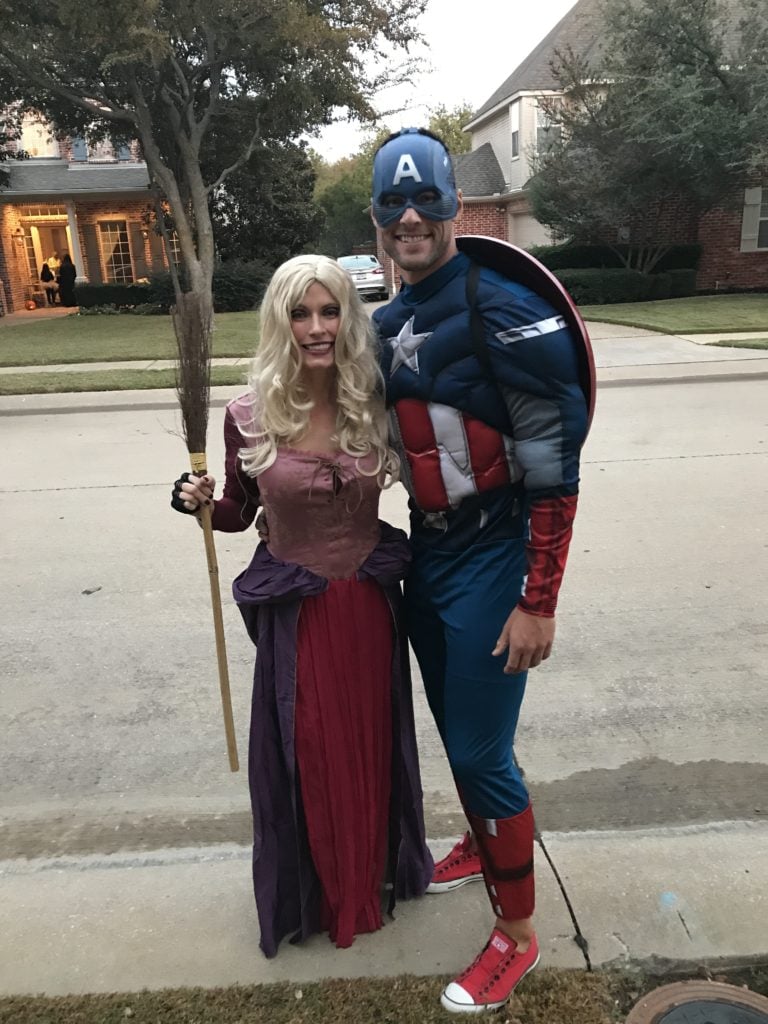 I mean…you only have small kids once who appreciate this stuff, right?! 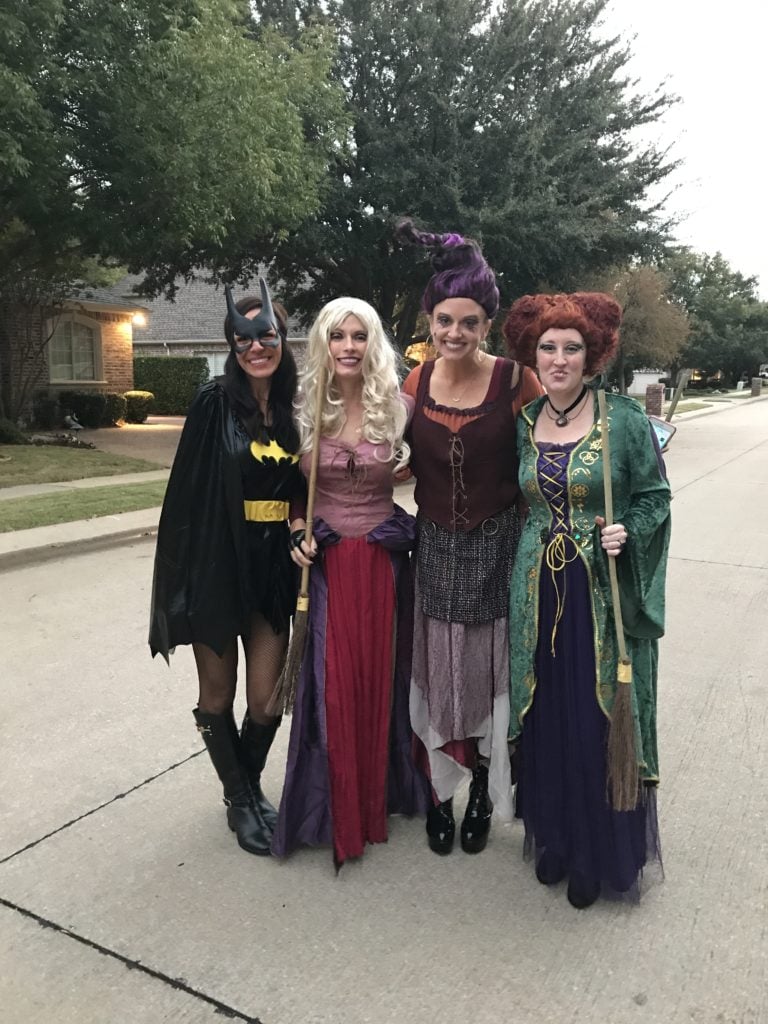 I love spending Halloween with friends! 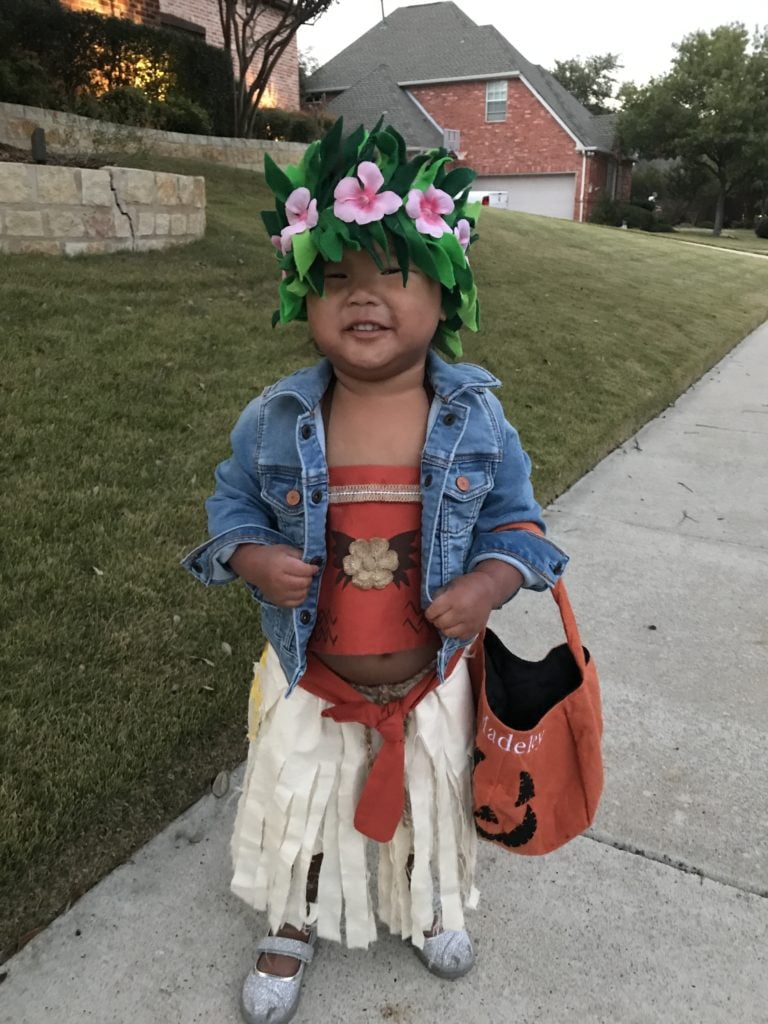 Little Moana had to put a jacket on because it was chilly. 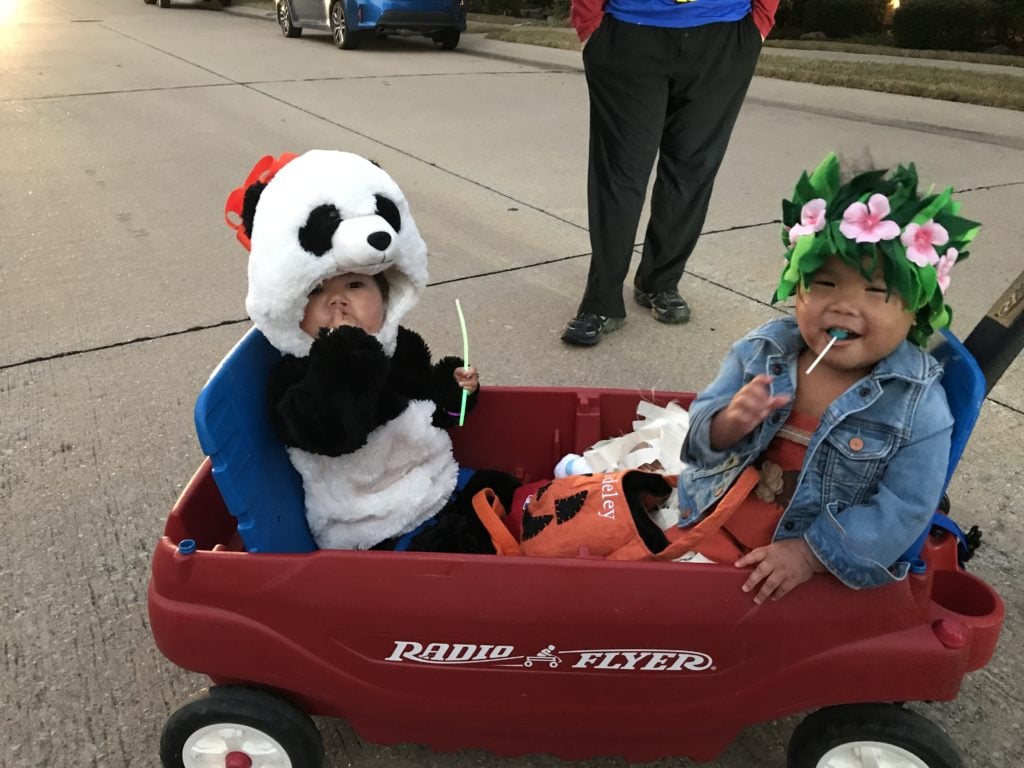 These two had a great gig!! 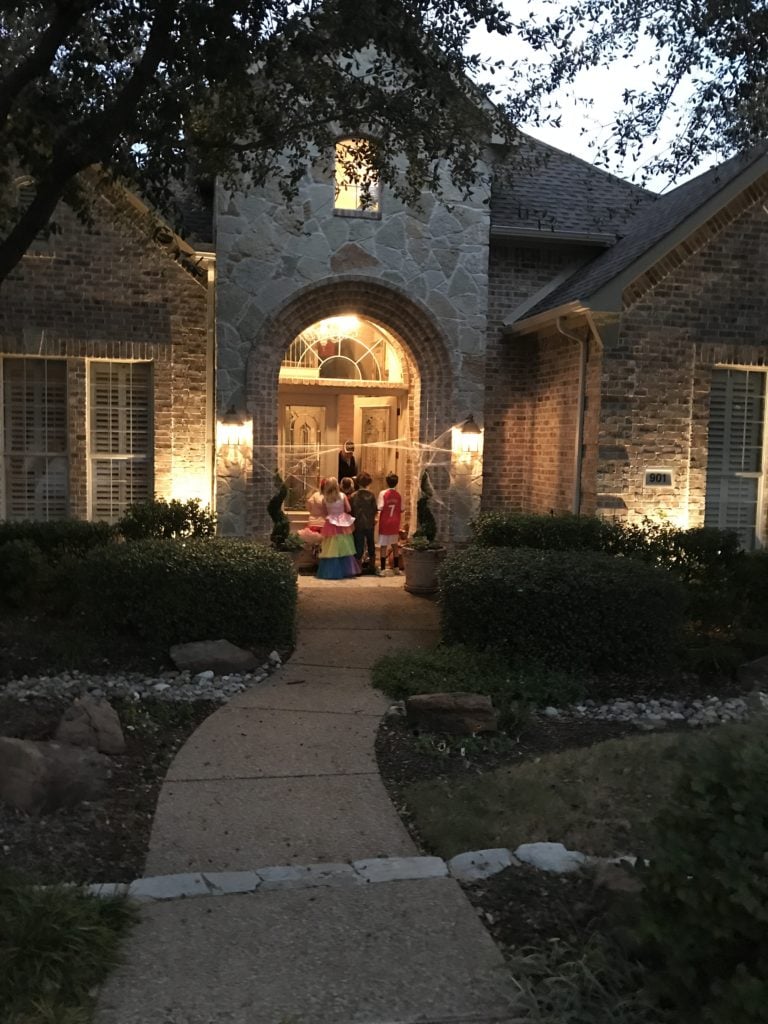 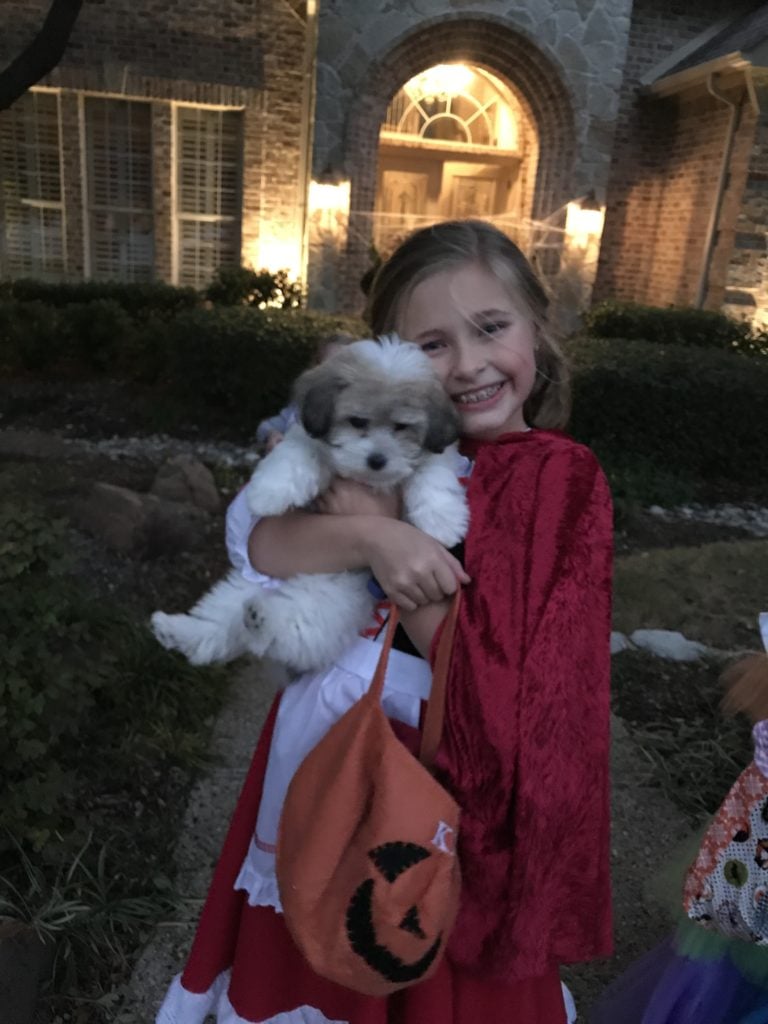 All the happy feels! 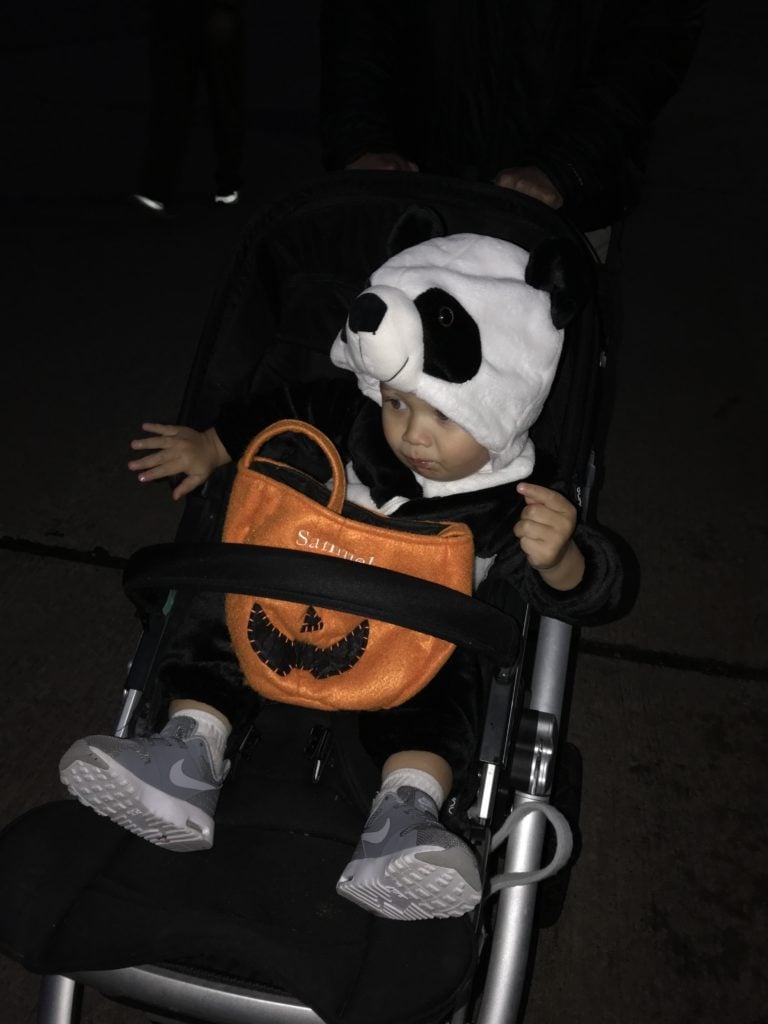 Samuel enjoyed watching the big kids run around while he ate candy in his stroller. 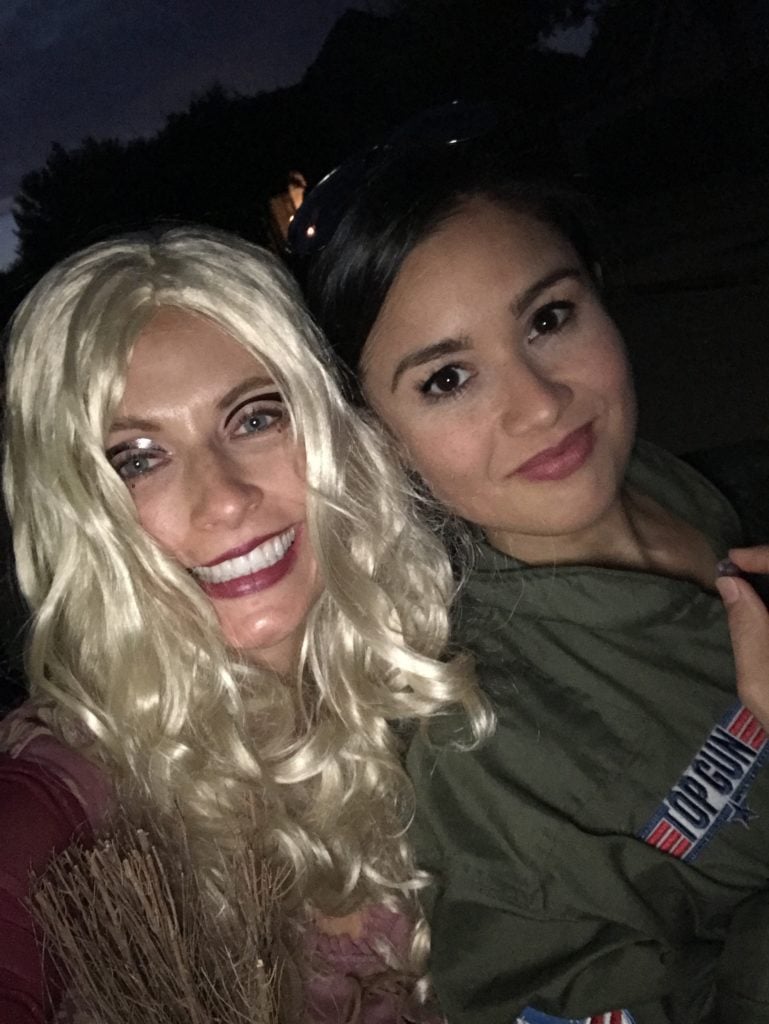 This Sanderson sister with her sister. 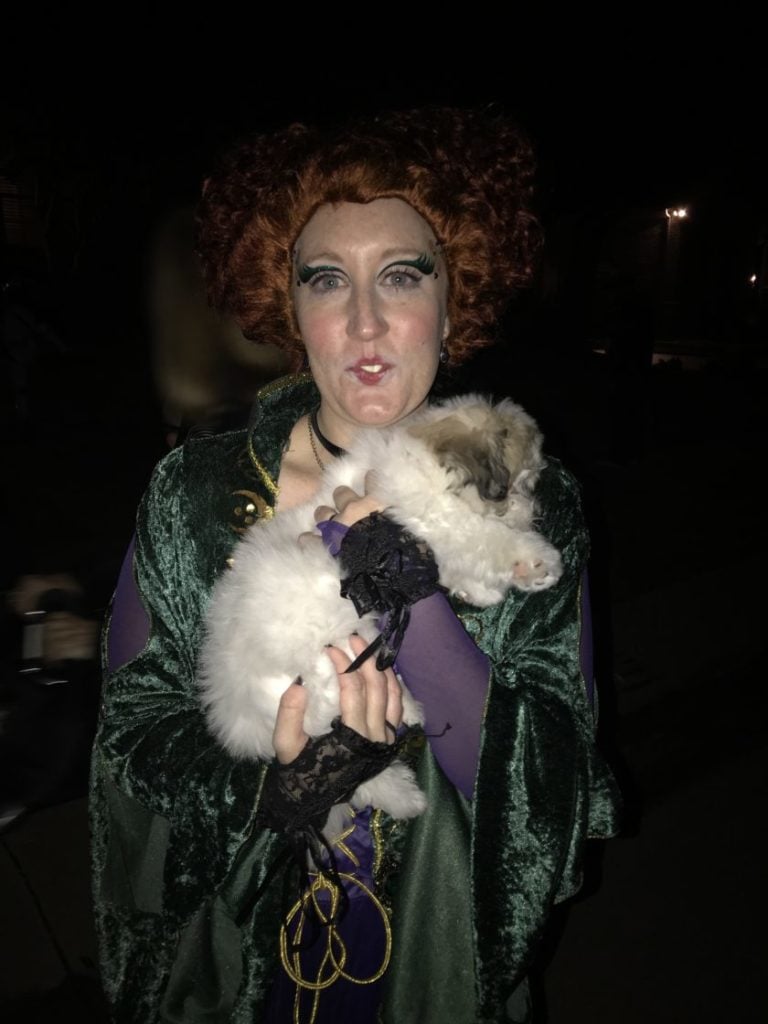 Meagan was MADE for this role. 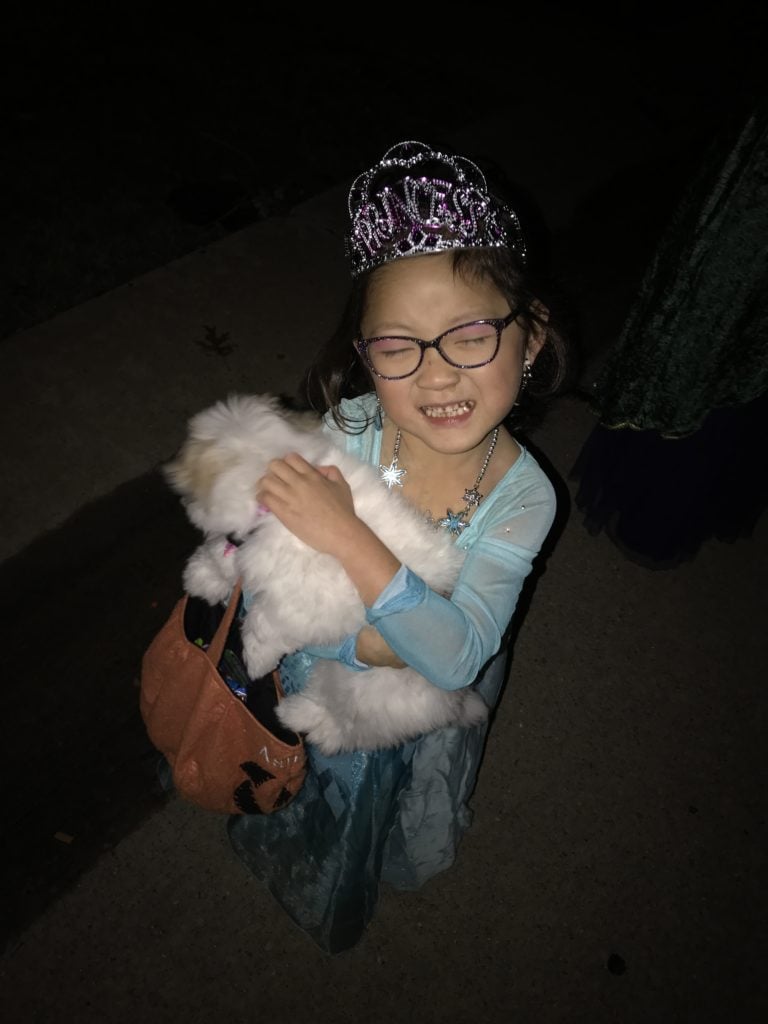 Her big sister did her makeup for the night 🙂 . 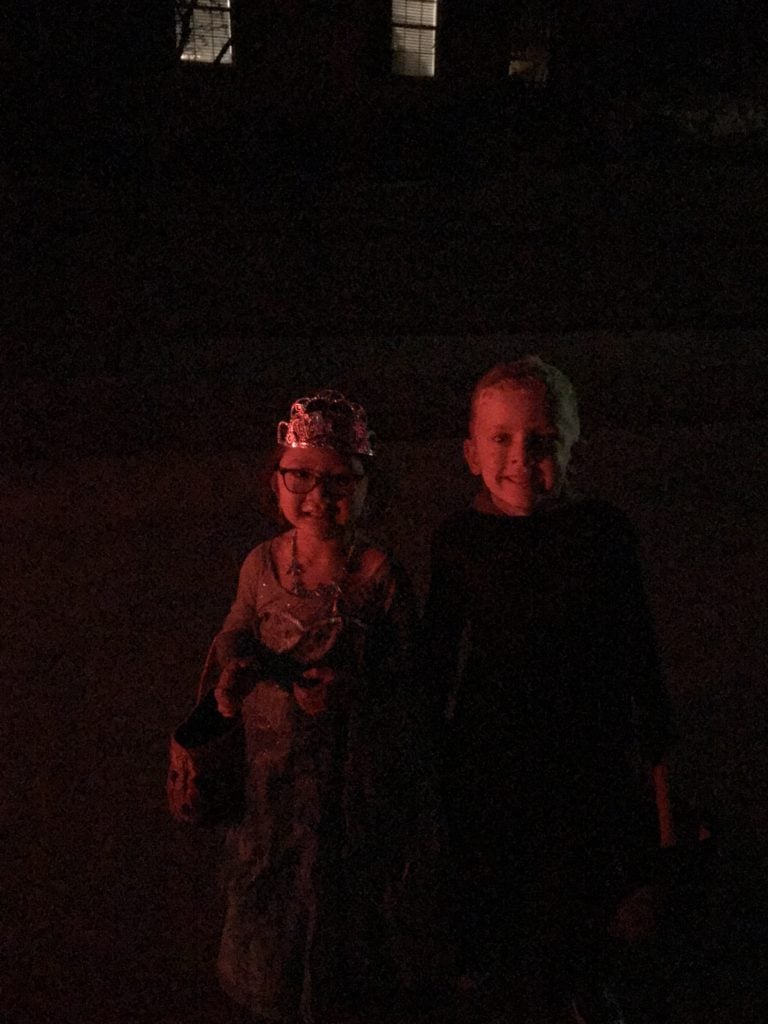 Our sweet Bowen and Ashby are getting so BIG! 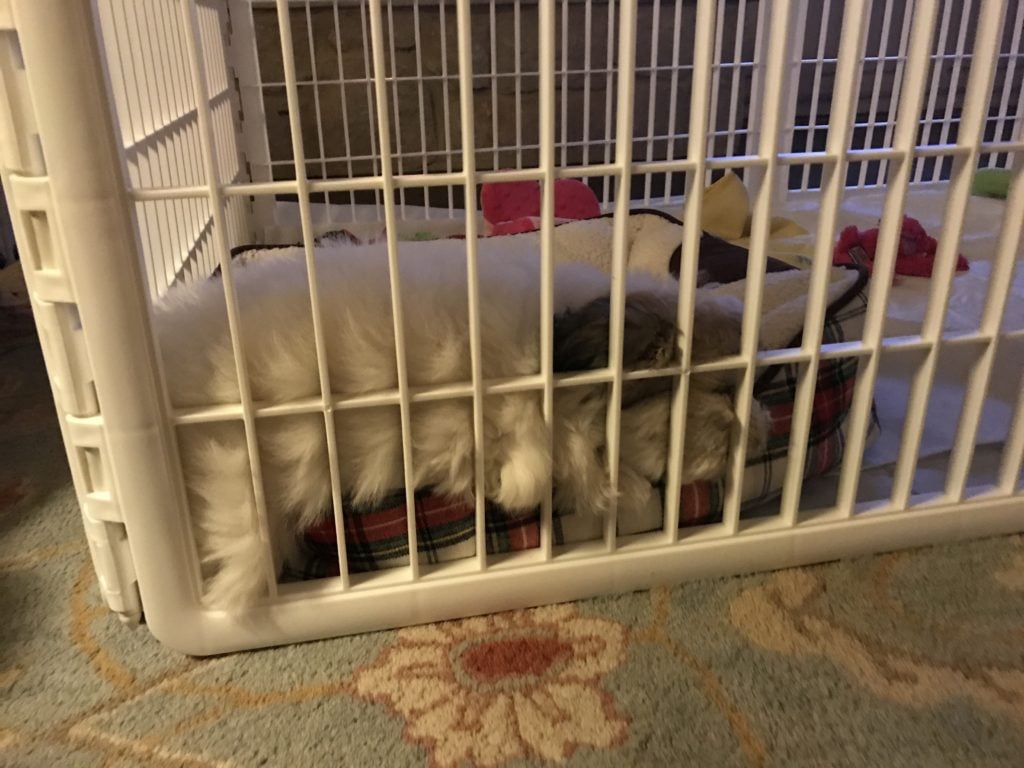 Whew!  And then we were home.  And this is how we all felt. 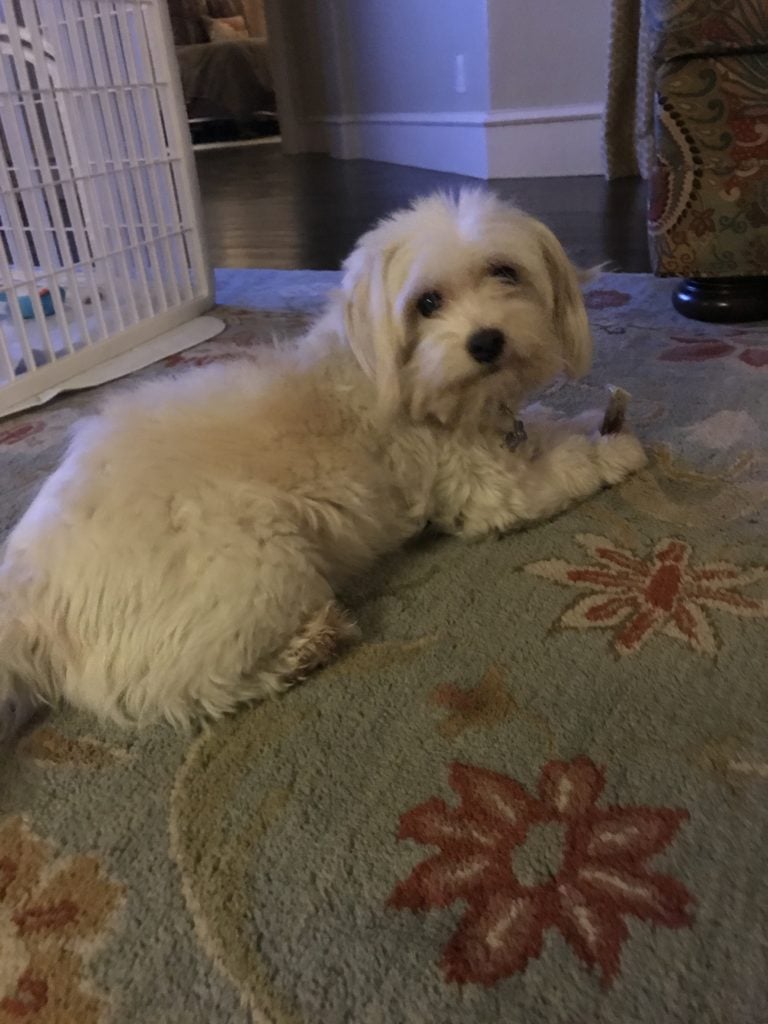 Except for this one.  She enjoyed her lazy night with a bone instead of trick or treating.  Next year, Kensington said this dog is going to be Poppy the Troll.  Get it?  #ofcourseyoudo

Happy Halloween from our family to yours!!