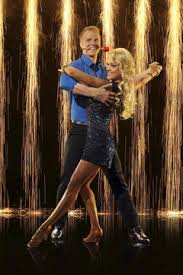 Ok…last night was the first episode of Dancing With The Stars!  In the bizarre twist that is now my life, we watched my little brother dance.  If you would have told me 12 months ago what my family had in store for the future, I would have thought you were crazy…but here we are. 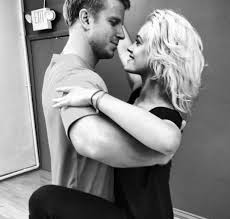 Let me make a few points…
1. I’ve watched a lot of DWTS over the years but not every single episode (like I have with the Bachelor franchise).
2. I won’t be mocking their dance performances because I think it takes real courage to get out there.  I don’t care how bad or good you are…dancing live in front of the judges and the rest of America looks super, super intimidating!
3. I took dance for 15 years but there is no way I would ever be on DWTS.  I would throw up due to my nerves.  Bravo to all 12 contestants for not throwing up…they’re already better dancers than I ever would be.
4. Sean’s partner Peta is a hottie!  And from what I know, she’s a really hard worker but funny and goofy at the same time.  I think they’re a great pair together.
5. Sean has been living out in LA now for about 3 weeks practicing.  He practiced A LOT.  I’m not sure he could have comprehended the amount of work DWTS would take, but he’s taking it seriously and practicing his booty off.
6. My dad and Andrew drove his two dogs out to LA to be with him for the duration of DWTS…they deserve a shout-out for that…Dallas to LA isn’t a short drive. 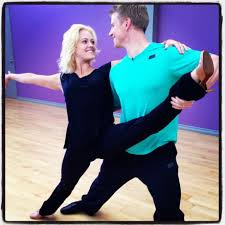 I will be there for next week’s episode!  I’m taking the kids, so just pray they behave themselves :).  I’m really excited to see how it works behind the scenes.  Ok…I do have some comments about a few of the dancers… 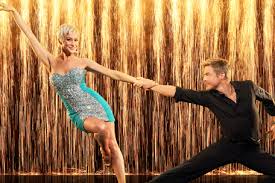 I thought Kellie Pickler did really well!  If she would have danced towards the end of the show, her scores would have been higher.  I think going first hurt her a bit because the judges were more conservative with their scoring.   I was really impressed by her!  I think Kellie and Derrick are big competition! 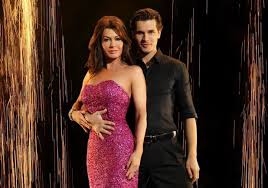 I adore Lisa Vanderpump!!  I’m most excited about meeting her next week!  Sweet Smith asked me what her animal was called and I said “Giggy”.  He said, “No mom.  What kind of animal is that?”.  Sweet boy was in love with her little dog…just not quite sure if it was a dog or not.  He asked me if Miss Lisa would let him hold Giggy when we meet her.  Sweet, sweet kid. 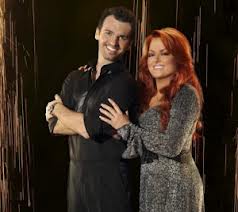 As a Texan, I have a deep appreciation for country music and of course, Wynonna Judd.  That being said…I thought her scores were a little high.  She didn’t really dance that much outside of a four foot radius.  She has charisma and charm for sure…but I wasn’t really confident in her dancing abilities.  She is one example of someone who got higher scores because she went toward the end (as opposed to Kellie who got lower scores at the beginning).  Her mom and sister were so flippin’ cute in the audience though.  That family is precious! 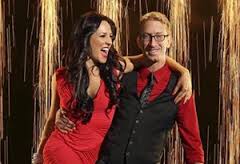 Ok…like most Americans, I was over Andy Dick.  When I heard he was a cast member, I groaned.  However, he sure showed a great side of himself last night.  I about cried watching him talk about how DWTS was life-changing for him.  Good for you Andy Dick!  I might be a fan of yours after all :). 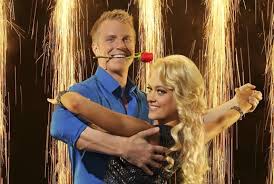 But the person who received all of our votes was this guy.  We voted and I hope you did too!  I get a lot of emails and/or comments hating on Sean for doing DWTS…but you know what, he had an opportunity and took it.  He’s stepping out of his comfort zone and seizing a chance of a life-time.  Trust me…in six months, his old boring life will back in full swing…right now, he needs to take some chances and try new things.  These moments are fleeting.
Ok…what food reminds me of DWTS?  (Because I always love a good food connection!)  Well, I was going to play off of Sean’s sparkly red jacket but all of those recipes are Christmas and well…it’s March, I doubt you want a Christmas recipe.  So, here’s one dedicated to Sean and his DWTS peeps… 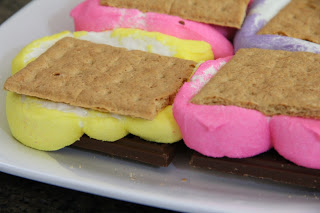 My Peep S’mores 🙂
Now…Sheaffer over at Pinterest Told Me To will have a DWTS recap up on Wednesday.  I have no idea how she’s going to do a Pinterest inspired look based on DWTS…so everyone hop over there to check it out.  I’m sure it will be funny, witty and very sparkly.  If you missed her A Bachelorette Told Me To posts, click here to see them.
Have a great Tuesday! Favorite Makeup (and a winner!) Friday Favorites with a Giveaway!!