This mama is taking a few days off…I’m somewhere pretty cool…doing some pretty cool things…but I didn’t want to leave you entirely while I was gone!
Over the next two weeks, I’ll still have my Fifty Two Shades of Shay posts plus, I’ll have some other posts about my favorite things (my favorite movies, Pinterest pins, blog posts…things like that).  I’ll miss you while I’m away…and I’ll try to post pics on Instagram, but I’ll be back before you know it.  In the meantime, get to know me more (if that’s possible!).  Let’s start with my favorite movies… 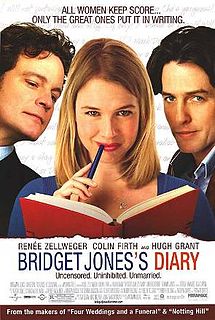 Bridget Jones’s Diary and the sequel… 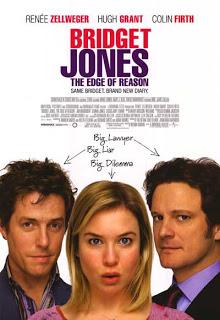 Bridget Jones The Edge of Reason are my two favorite movies.  You’re not surprised are you?  Not only do I love all things British (I do…I don’t know why exactly but I do) but I love a romantic comedy about a normal girl.  And no one is more normal than Bridget Jones.  (Plus, I have this crush on Hugh Grant which is probably absurd since he’s probably not a super fab person in real life…but nevertheless, I do.)
My second favorite movie is… 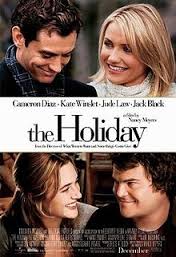 …the Holiday.
Three glorious things collide with this movie.  First, it’s a Christmas movie and my obsession with Christmas runs deep (and begins on November 1 each year).  Second, half of the movie takes place in Britain (and per the last movie, you know how I love a British backdrop) but third, the only person who even gets close to my Michael Buble love is Jude Law.  (I obviously have a thing for non-American guys…which is odd since I married the most All-American boy you can imagine!)  If this movie isn’t a part of your holiday season, you’re doing something wrong.  Forget It’s a Wonderful Life (that’s kind of depressing) and watch The Holiday this year instead! 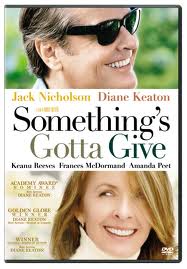 I’m also a huge fan of Something’s Gotta Give.  I watch this movie over and over again.  It’s funny, it’s witty, it’s written well…and it has great French music in the background (I even have the soundtrack).  No British backdrop, no hot guy with an accent…just a great movie. 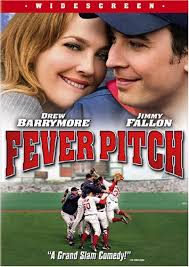 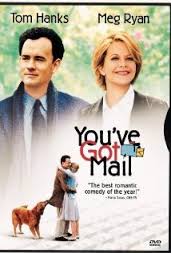 And finally, a movie that I love to watch…You’ve Got Mail.  Yes, I am your typical girly girl.  I love me some easy to watch, positive romantic comedies.  And this one is the ultimate romantic comedy.
Now…that being said…I do have a slight obsession with these two movie franchises and for some weird reason, watch these movies a lot too:

I love, love, love the Ocean franchise.  The acting and the well-written script in each of these movies make me laugh and laugh every single time I watch.  Plus…Brad Pitt, George Clooney and Matt Damon all in one movie?  Um yes.  I’ll take that any day!

And I know this is probably a guy franchise…but I could watch Matt Damon play Jason Bourne for years and years to come.  I love how smart and fast these Bourne movies are.  I often find myself watching one while I’m on the treadmill at the gym.  If Jason Bourne is running fast, I’ll run fast too!
So, that’s just a peak inside my favorite movies.  What are some of your favorite movies?  I would love to know!
Have a great day everyone!  Don’t forget to check out Vegetarian Week over on my foodie blog!  There is something there to please even the meat-lover in all of us.

And my Gooseberry Patch promo code is good through tomorrow!  Make sure you click here to see my post from yesterday that features their fabulous cookbooks and the 15% off code!!