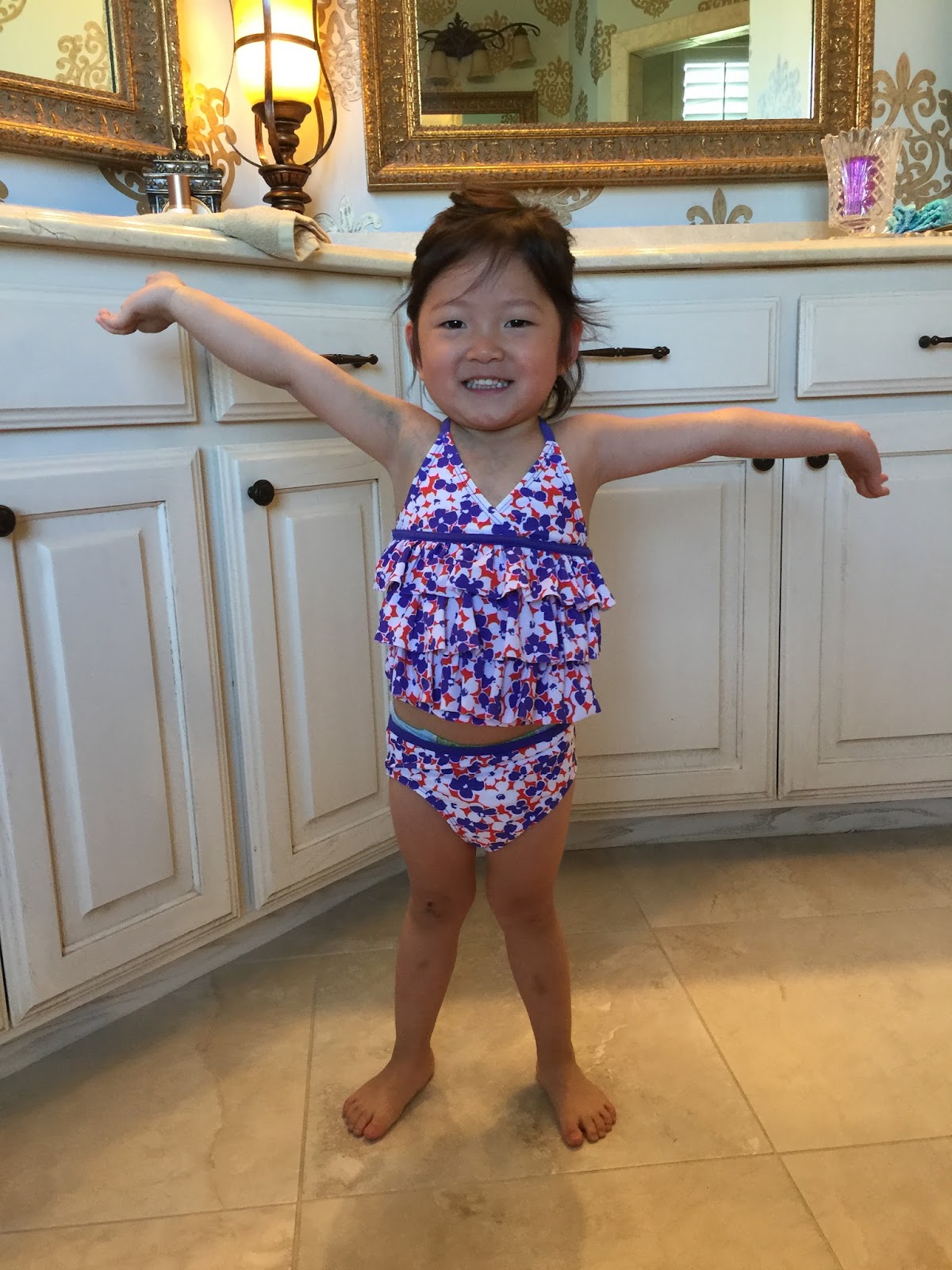 Four months ago today, we got our Ashby.
This last month has been a really big one for our sweet girl!  I feel like Ashby has made the most strides over the last 30 days.  Her communication is improving, her sense of security is improving, her physical development is improving, her confidence is improving…we can really see her coming into her own.
The thing I’ve thought about the most over the last month is that Ashby doesn’t know that this is forever…and that just kills me.  Ashby has never had forever.  She’s never had the security of forever, and due to the fact that she’s two and we still have a slight language barrier, she doesn’t know it now.
One of these days, she’ll understand that this…this family that loves her so much…is forever.  I want so badly for her to understand that.  I want her to know that we’re not leaving or sending her away, that this life she has with us is forever.  I’ve learned over the last four months how much we take forever for granted.
My older two kiddos came into this world assuming what they had was forever…never once doubting that security.  But kids born into the world and raised in orphanages and foster homes like Ashby don’t know forever.  She lived in an orphanage for two years and probably thought that was forever…and then she moved into a foster home for six months and probably thought that was forever, and then she was placed with these random people who spoke a new language, put on a plane and ended up in their house…and I hope she knows that this is forever.
We just love this little girl so much.
We had some big milestones this last month, so here we go…this is what’s been happening during month four… 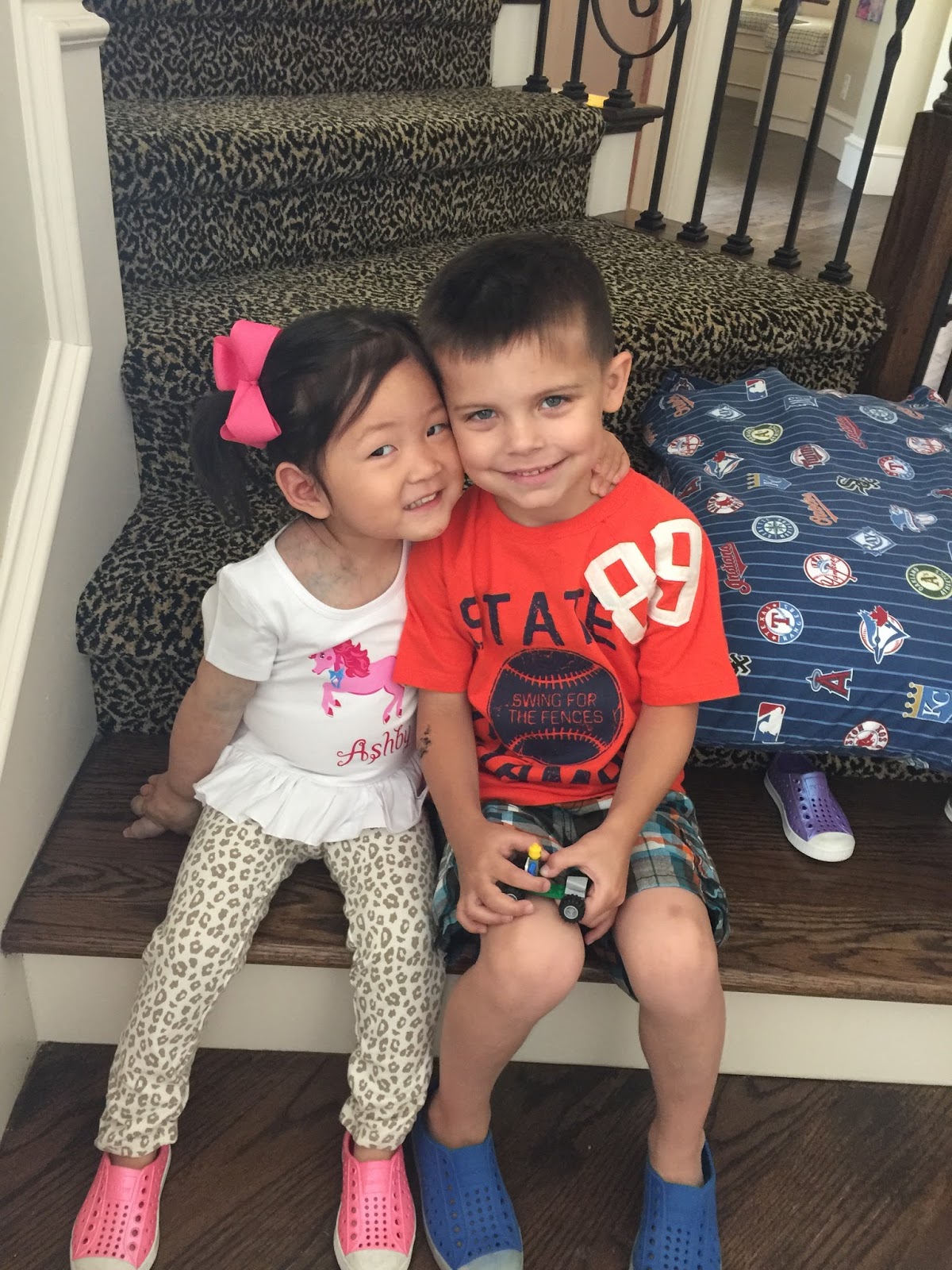 Language: I think Ashby has improved the most over this last month with her language!  Right now, she’s stringing 3, 4, sometimes 5 words together to make short sentences.  Her new favorite thing is to claim things “my”…like when Andrew comes home, she starts shouting “my daddy, my daddy”.  And it’s never Bowen…it’s “my Bo, my Bo!”.  She gets excited and claims her people :).  She’s also doing a good job of seeing something and then relating it to something else (like we’ll read a book about a dog and then she’ll start talking about our dog Poppy).  Ashby can count to 10 and she’s trying to say her ABCs (she has the tune to the song down, but we’re working on the letters).  And if you want to hear the sweetest rendition of Jesus Loves Me, then you should come to my house and have Ashby sing it to you.  Overall, her communication and language still has a very long way to go, but it’s improving more and more each and every day.
Physical Development: We’ve noticed two things this month regarding her physical development.  First, thanks to you sweet people, we have gotten control over her bloody noses.  She was waking up every single morning with a massive bloody nose (and washing her sheets and pjs every single day was about to send me over the edge), but thanks to your advice, we really have it under control.  Since putting in a humidifier, she’s only had one bloody nose (last Friday).  My favorite part is that when Smith and I went into her room to get her and saw the bloody nose, Smith said, “I thought she wasn’t supposed to have bloody noses anymore now that we put a hypnotizer in her room”.  How funny is that?! (Humidifier Smith, not hypnotizer…)
The second thing we’ve noticed is that due to the fact that she has a Vascular Malformation (which in her case is causing her right side to have more blood and therefore be larger), she falls a lot on that side.  When she runs, she can’t use her right side very much and it weighs more, so it makes her fall down.  We’ve had a couple of nasty spills outside which have left many boo-boos, so that’s something we’re going to continue to work on. 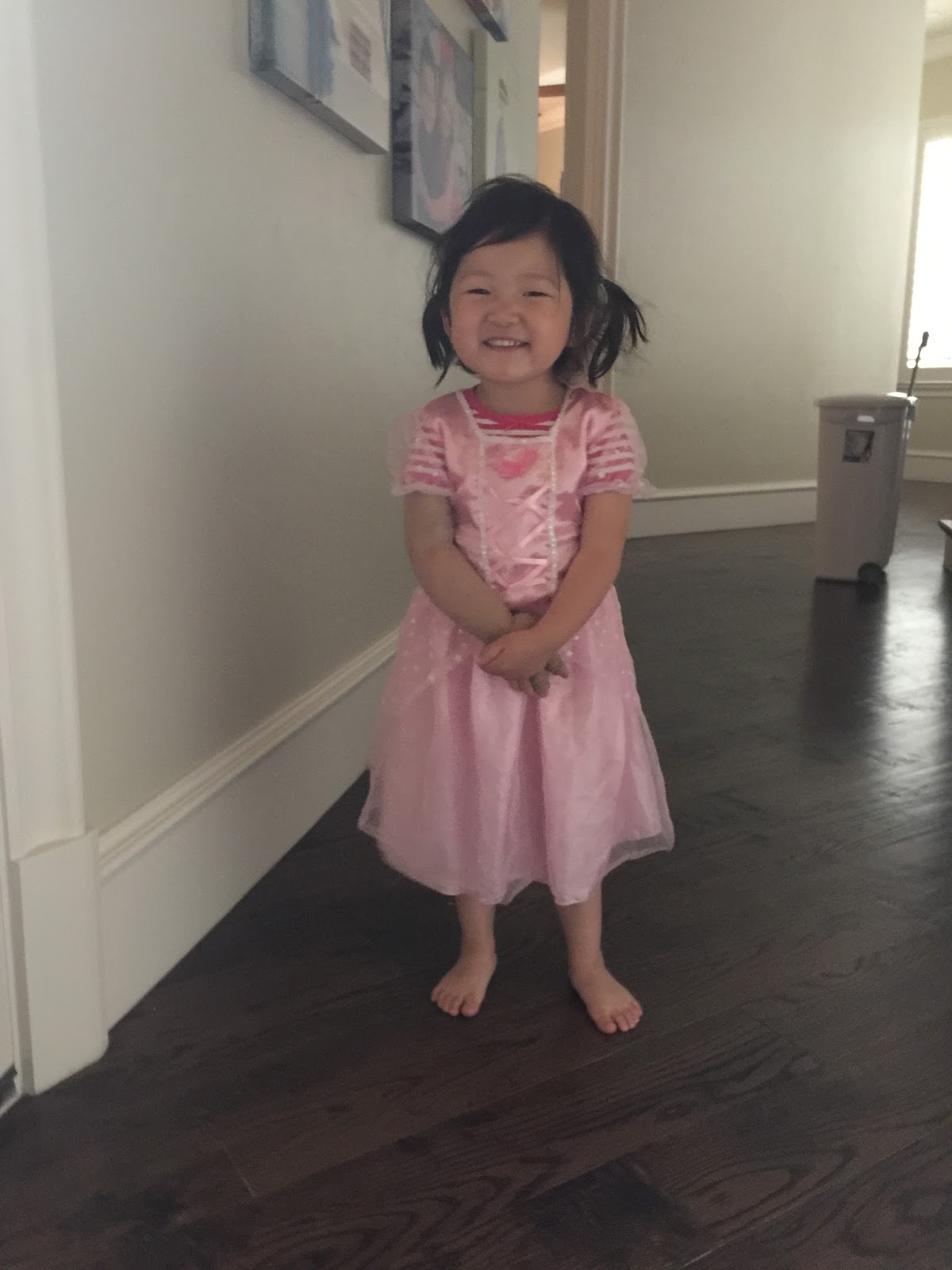 Sleeping: Woohoo!  Ashby is sleeping in her own bed!!  Two nights before Andrew left for his mission trip, I suggested that we try letting Ashby sleep in her bed again (assuming I would sleep with her).  I was thinking it was good timing because he would be gone for 9 days, so I could sleep with her and (hopefully) by the time he came home, she would be sleeping okay.  Well…I.was.wrong.  We hadn’t asked her if she wanted to sleep in her bed since that one night back in month two, so we asked her and she got so excited!  She was totally ready!  She didn’t want us sleeping with her…she had her blankets, her Care Bear, her sound machine, said her prayers, we all lined up for kisses and she said night-night and went straight to sleep.  The next morning, she was super, super proud and told everyone that she now sleeps “up” (meaning upstairs).  She was ready.  She’s been sleeping and napping in her room every day.  I’m so proud of her :).
Food: Yup, still good on the food.  She’s not a breakfast person and prefers to eat brunch instead…so, since we’re home most days, she typically eats around 10:00 and then has a hearty snack around 2:30 before dinner at 5:30.  I always offer breakfast at 7:00 with the big kids but she almost always refuses.  She has milk but doesn’t want to eat. 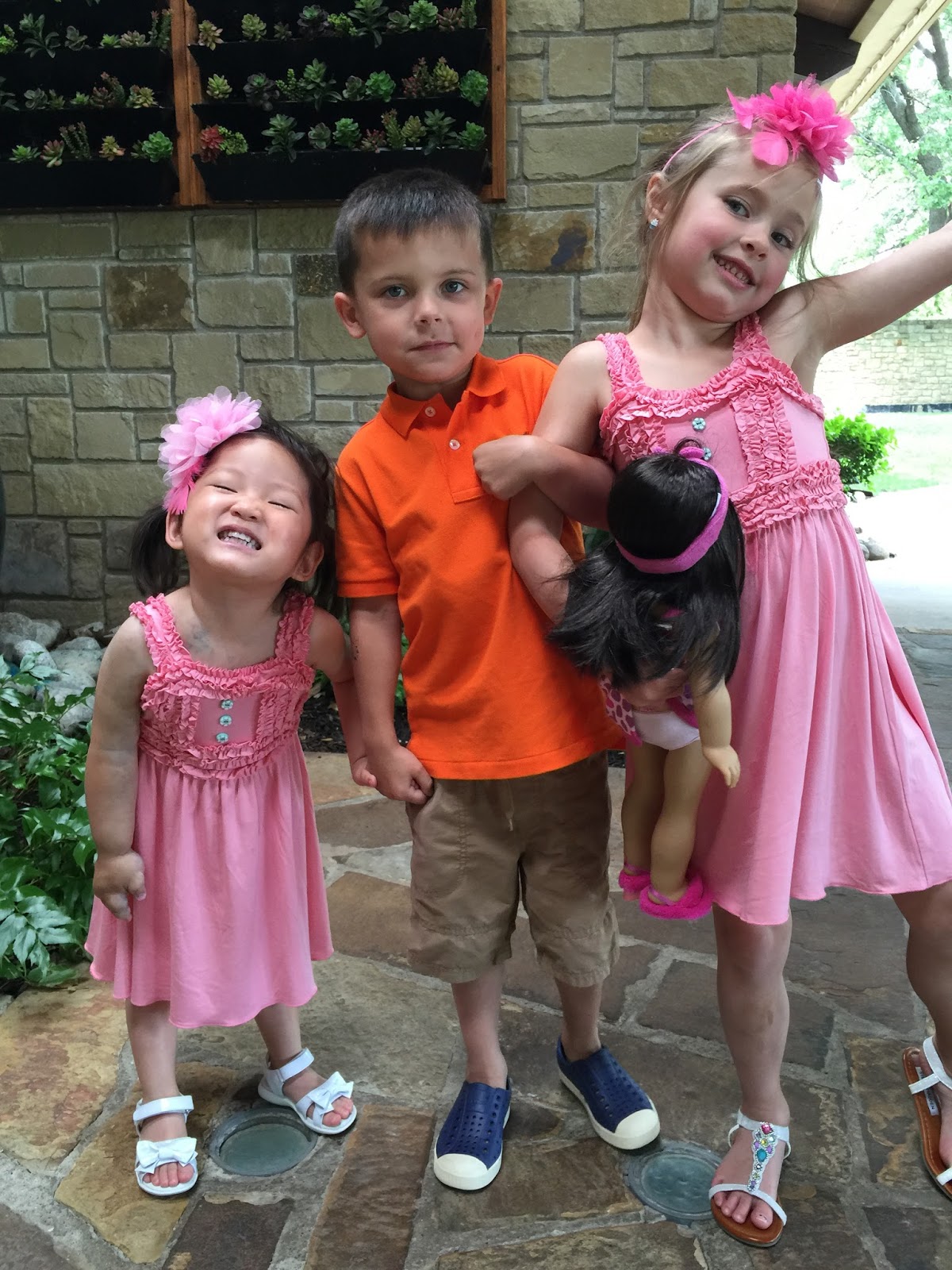 Attachment: She seems to be doing just fine in this department.  She is still most attached to me, but she’s less worried when she sees me leave now.  Last week, I had to run out one night for a second to grab something and she walked me to the backdoor and kissed me goodbye before running back to Andrew…that’s a huge improvement.  Last month, she would have sobbed her eyes out while watching me leave.
Potty Training: We’re doing good…our biggest problem is that she still doesn’t always understand “hold it”.  She’ll tell us in the car sometimes that she has to go and we’ll say “hold it” until we can quickly get her somewhere…and sometimes she does and sometimes she doesn’t.  It’s a work in progress :). 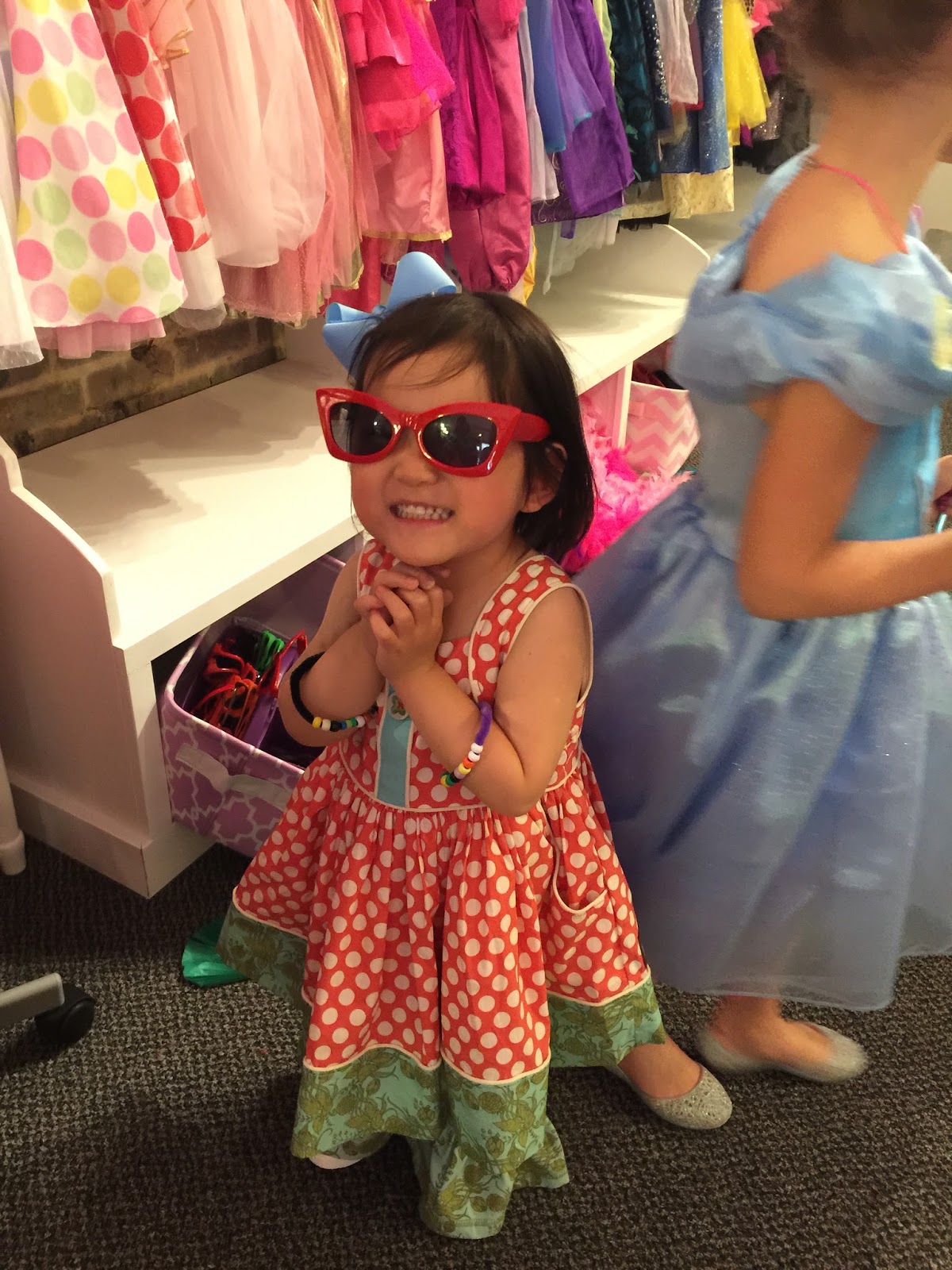 This next month is big because Ashby has her MRI and we’ll really understand more about her specific Vascular Malformation…and then, we’ll get a game plan moving forward.  The longer we have Ashby, the more we realize how much this malformation affects her life…and the more we want to take care of her.  This is going to be a lifestyle for Ashby, something she’ll have to manage forever, so we want to make sure we can provide the best treatments, medications and therapies we can.
I am so blessed that God is allowing me to raise this precious girl.  She is so sweet, so full of life, so loving, and so perfect for the Shulls.  Our days might not always be easy, but they’re so full of love.
We’re having BIG fun in May…
Mother’s Day
Ashby’s baby dedication at church
Kensington’s Field Day at school
Smith has baseball games multiple times a week
Smith’s Pre-K graduation
Lots of swimming and patio living
…and it’s all just so much sweeter as a family of five. 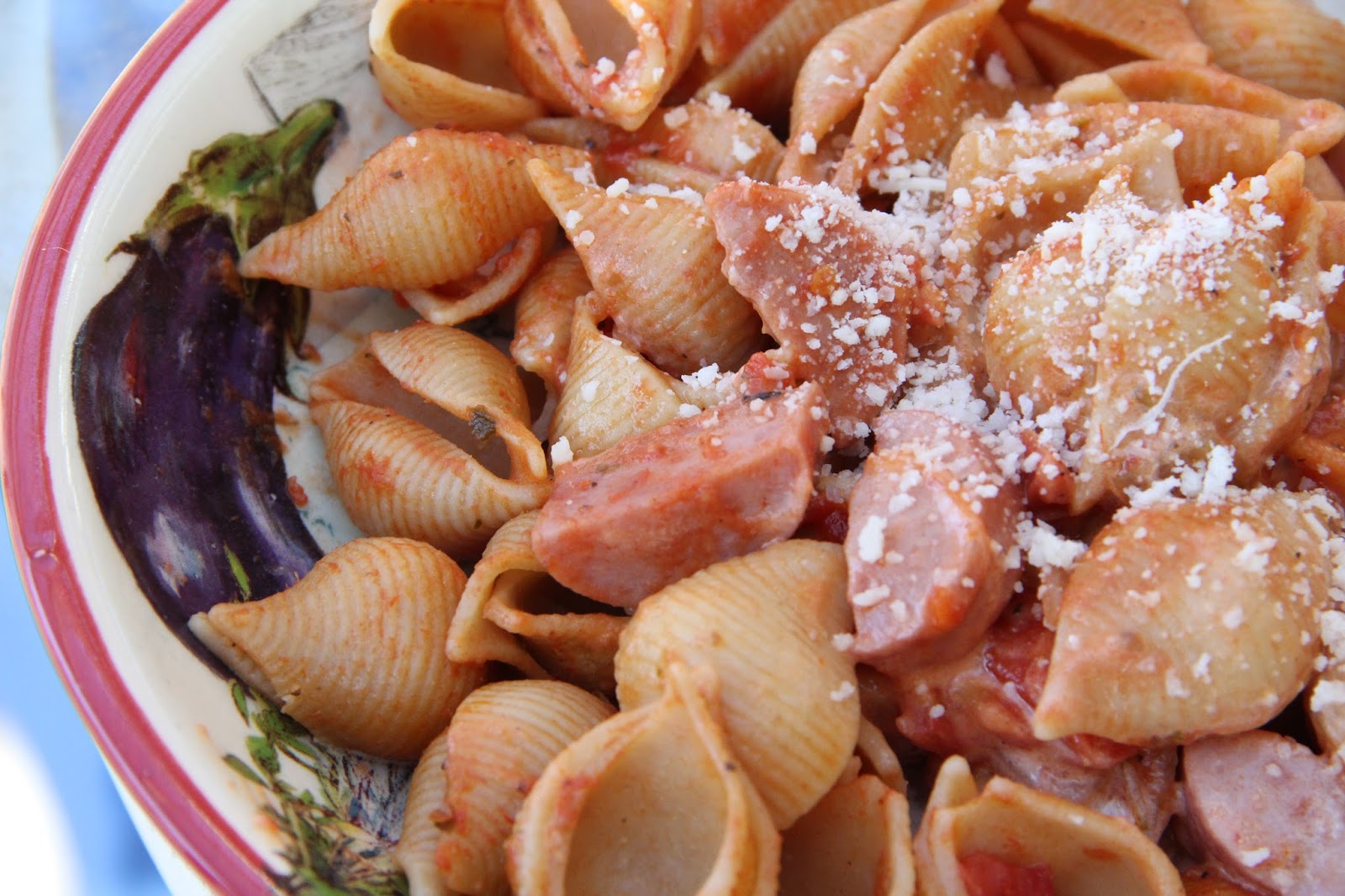 And don’t forget, today is Meal Planning Monday! I have your first week in May covered with simple suppers your whole family will love!
One last thing… 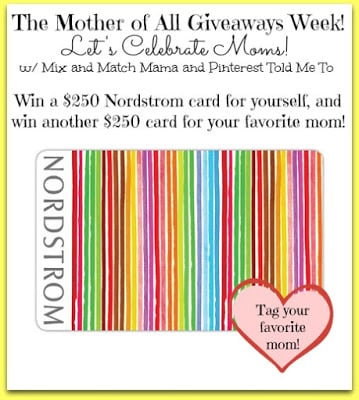 …the winner of our $250 Nordstrom Gift Card Giveaway is…
Cami Vire Vieke!
Congratulations Cami!!  You and your favorite mama will each receive one $250 Nordstrom gift card!  Check your email for an email from me :).
xoxo