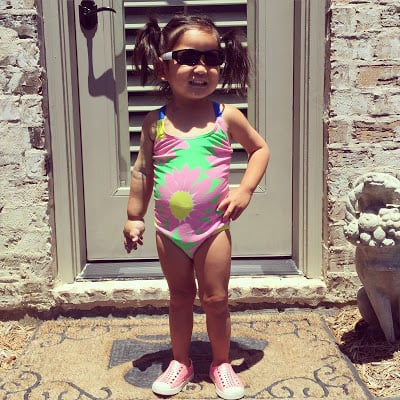 I mean, seven months later and she’s already all diva ;).
Ha!  Actually, she’s quite the opposite.  This girl is so sweet, so silly, so fun, so personable, so outgoing and so a part of our family.  It’s crazy to think that it’s only been seven months because…it’s just felt like longer.  It’s felt like forever. 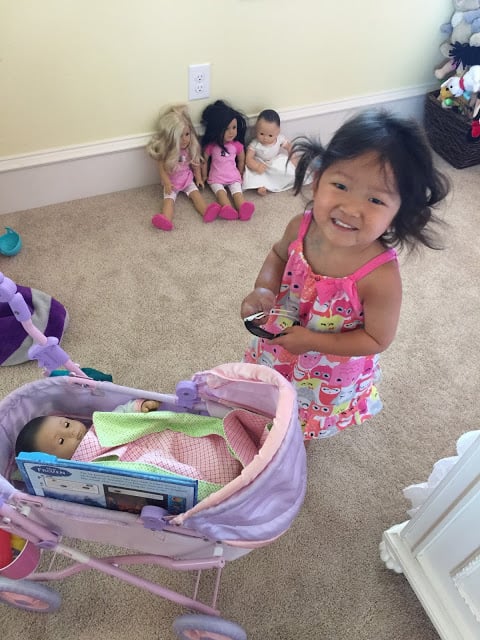 This month has been about the Bitty Baby…Poopoo.  (Thanks again Smith for naming the doll…)  Ashby is a little mama to her doll and it’s been fun watching her shower this baby with love, affection and attention. 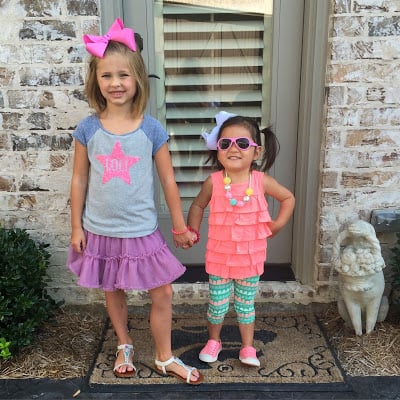 We spent the majority of the month in the pool (because it’s so dang hot!), but when we actually did get dressed, Ashby didn’t shy away from the accessories :). 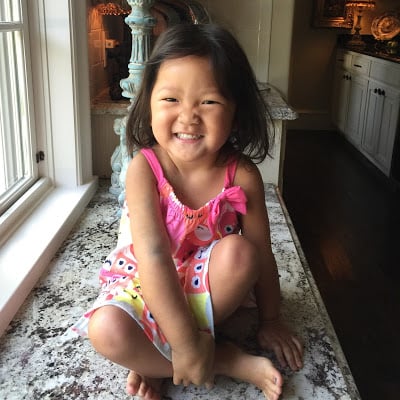 She is a Shull. 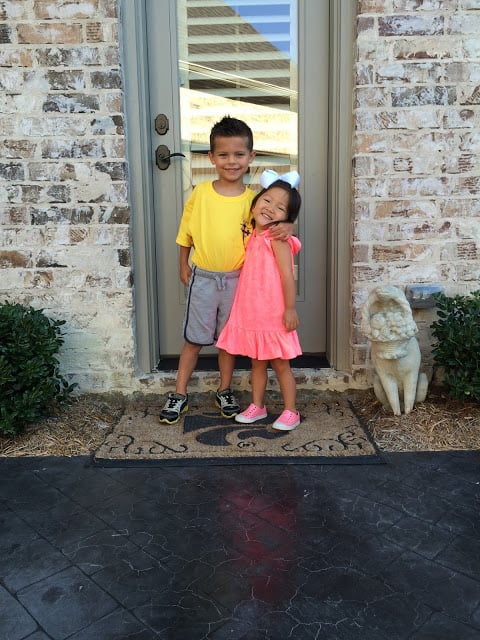 We love, love, love this girl.
Okay, some quick little facts about month seven:
1. We have been wrapping her arm at night.  We started with the fingers and have made it all the way up to her collarbone.  The compression is for times when she’s inactive (like sleep).  She needs her fingers to be a three year old girl, so during the day, she doesn’t wear it (and if you omit wrapping the fingers, then it causes more problems than good by changing the blood flow from up her arm to down her arm).
Thanks to some great appointments this month, we have started some (hopefully effective) measures to decrease the chances of blood clots.  That being said, our hematologist is certain that what Ashby had back in May when we took her to the ER was a blood clot…and that it wasn’t her first and won’t be her last.  We had an MRI at the end of July which helped us better understand her blood flow (or lack thereof) and helped us formulate a plan to keep her healthy and safe.
2. She is obsessed with hot dogs.  I mean…it’s a random fact but one that should be noted :).  If you ask her what she wants to eat, “hot dog” is going to be her answer 100% of the time…even for breakfast.  (Side note: we don’t feed her hot dogs for breakfast!)
3. Ashby girl loves swimming and has come so far since her first little lessons in April.  She is now so comfortable in the water and love, love, loves jumping off the side.
4. Ashby’s language just amazes me day after day.  This girl is officially chatty and her English has really progressed.  I mean…she’s not up to par with other kids her age born into English speaking homes, but boy, she is getting so close.  She says things that really blow my mind.  She’ll use words and phrases and ask direct questions that really prove how far her language has come.
This month, I thought I’d share a little video of Ashby for you to see :).
We just love this little girl so much.  Each and every month is a blessing.  I am so proud of how far she’s come, and I’m also extremely proud of how far my two big kids have come too.  Kensington and Smith just adore Ashby and it really amazes me how much attention they give her, how much patience they have with her and how much love they show her.  Those two big kids of mine really have handled this adoption better than I could have ever imagined.  I’m proud of all three of my kiddos.

That being said…I’m pretty sure one of them is touching another one right now (because they cannot keep their hands to themselves!!!), so I’m going to wrap this up and go say my most common phrase “stop touching each other”.  Sigh.  Mom life. 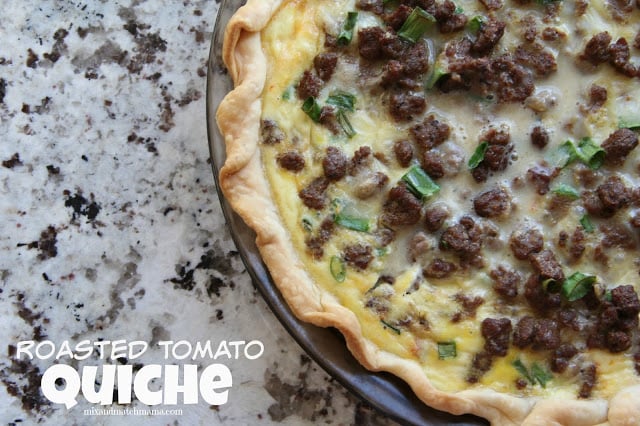