We’ve made the most of this last part of summer around here.  Lots of Olympic watching, late nights and the boys headed to NYC to see the Yankees play.  It’s been a really good way to wrap up summer. 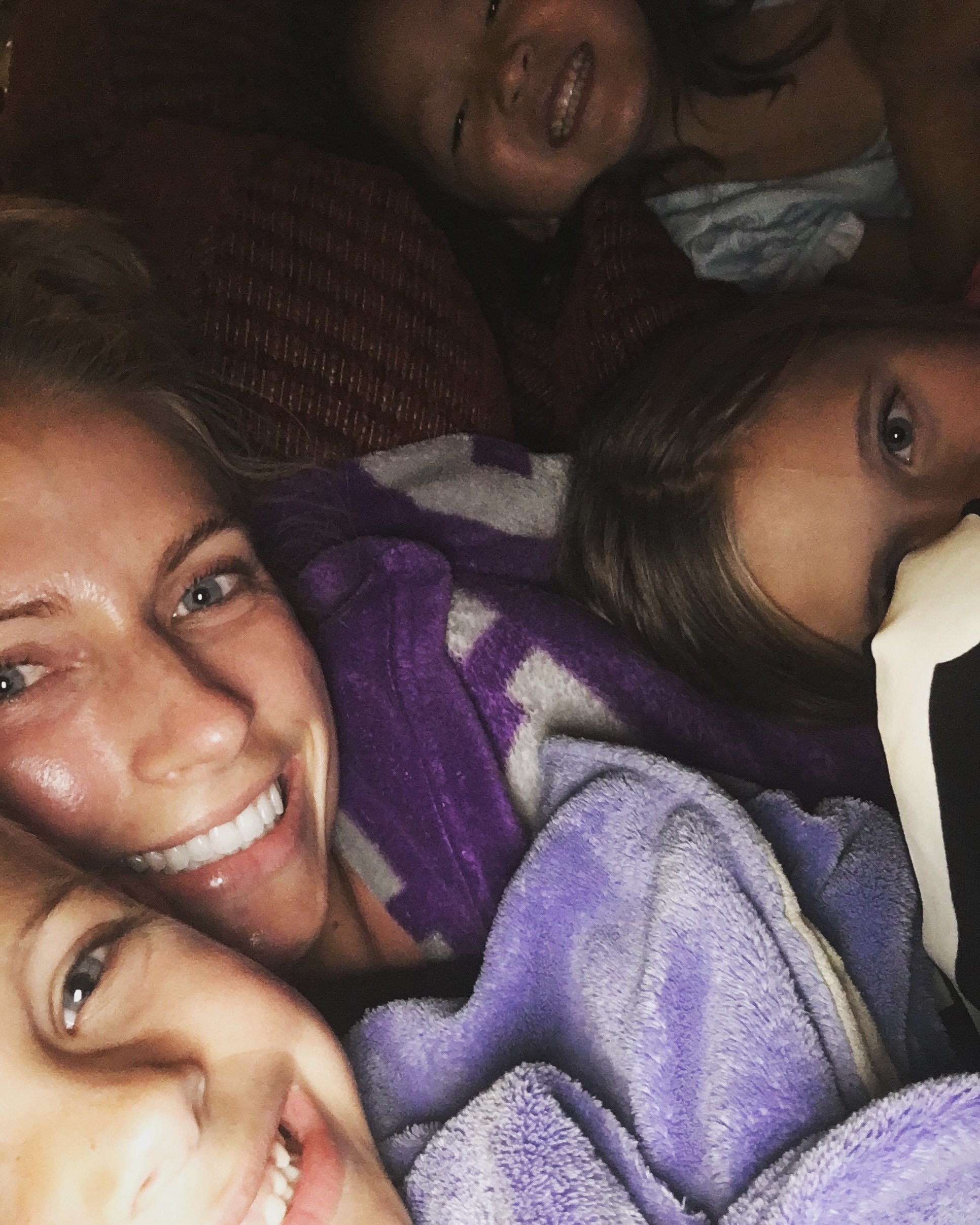 Snuggled on the couch with my kiddos watching the Olympics.  We have LOVED staying up late and cheering on the USA! 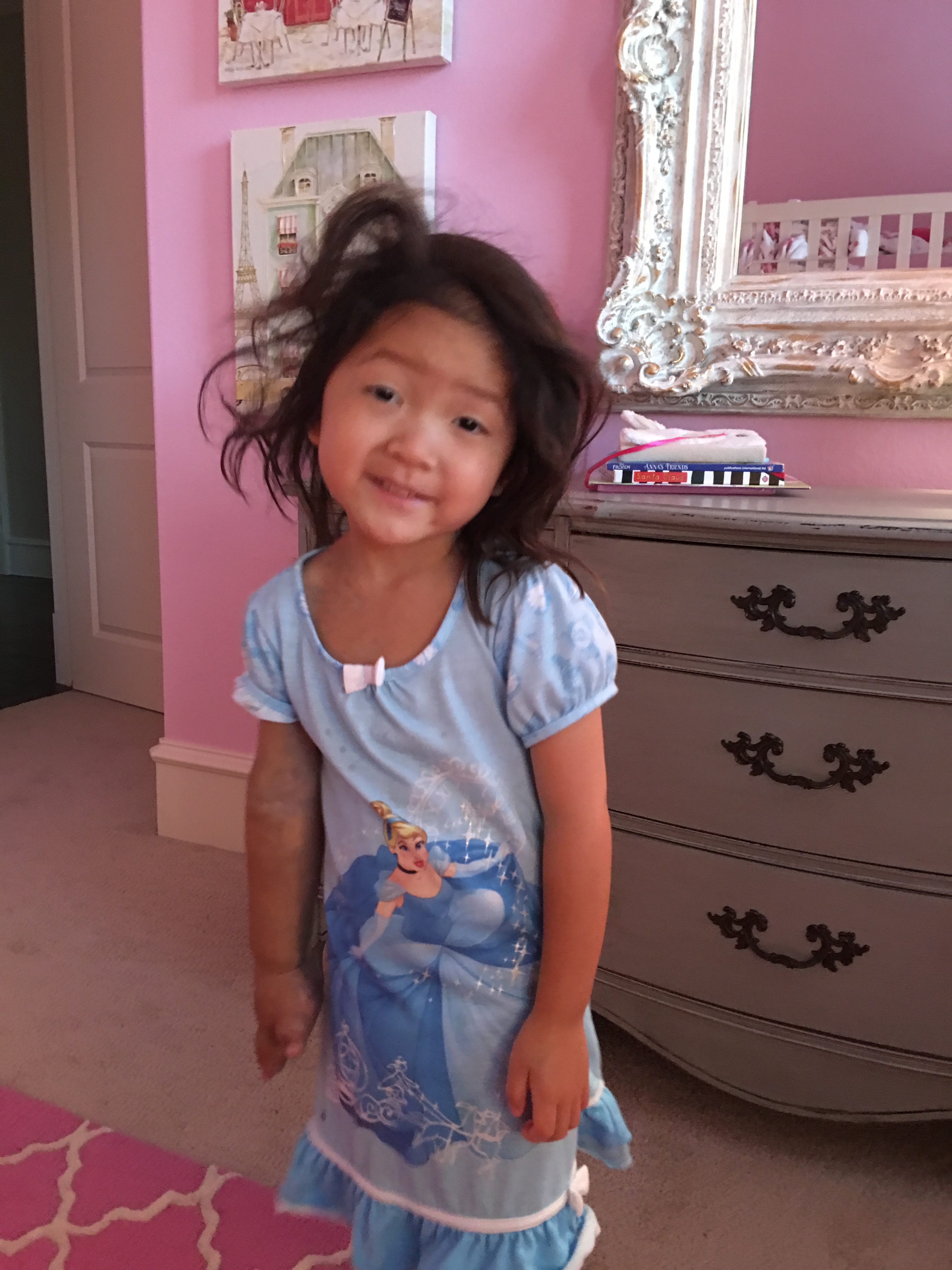 It’s blurry but it makes me smile.  Sweet Ashby first thing in the morning. 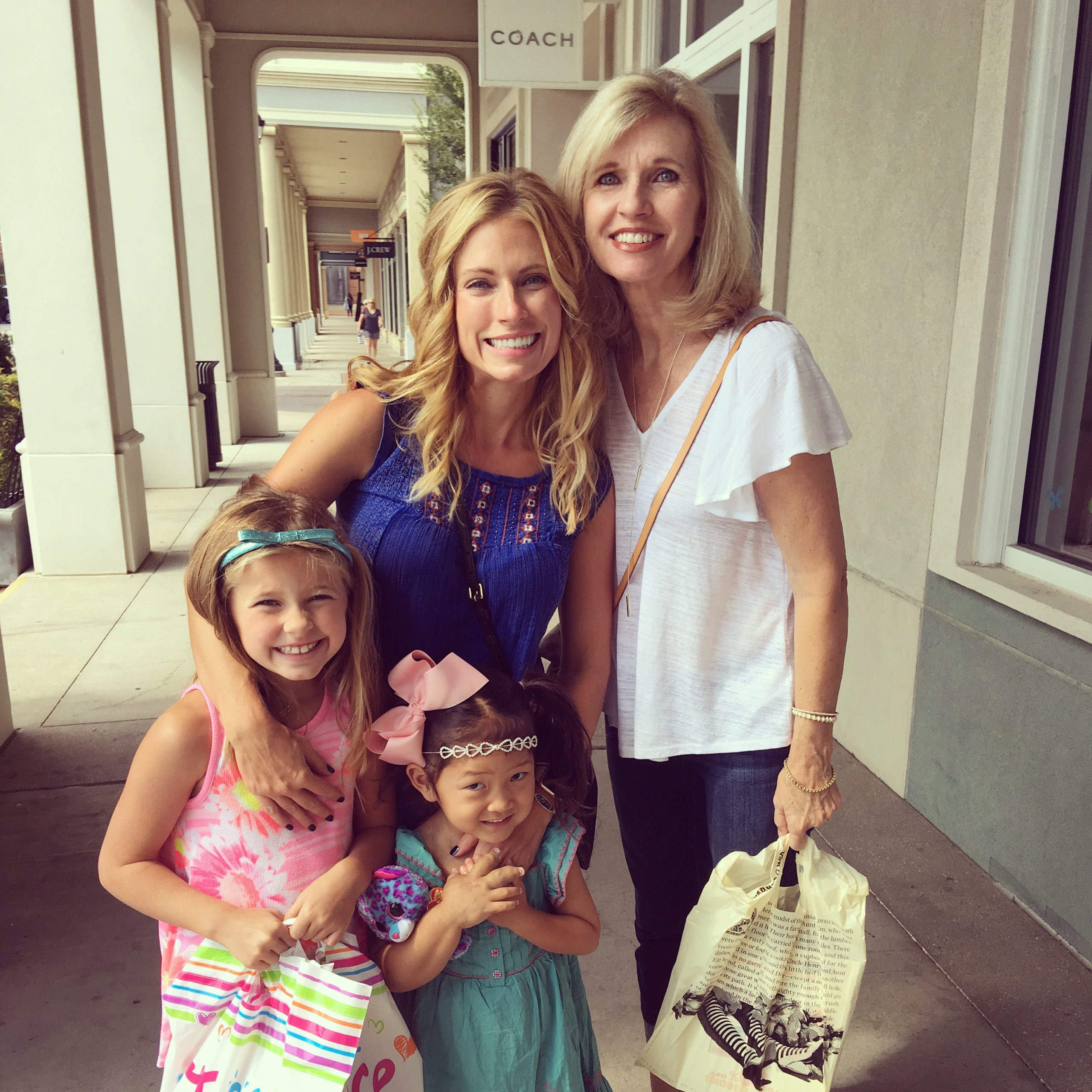 One day while the boys were in New York, we drove over to my parents’ little town and did some back to school shopping for the girls.  Love spending time with my mama!  (And my dad too…he took the picture 😉 ).

Speaking of the boys… 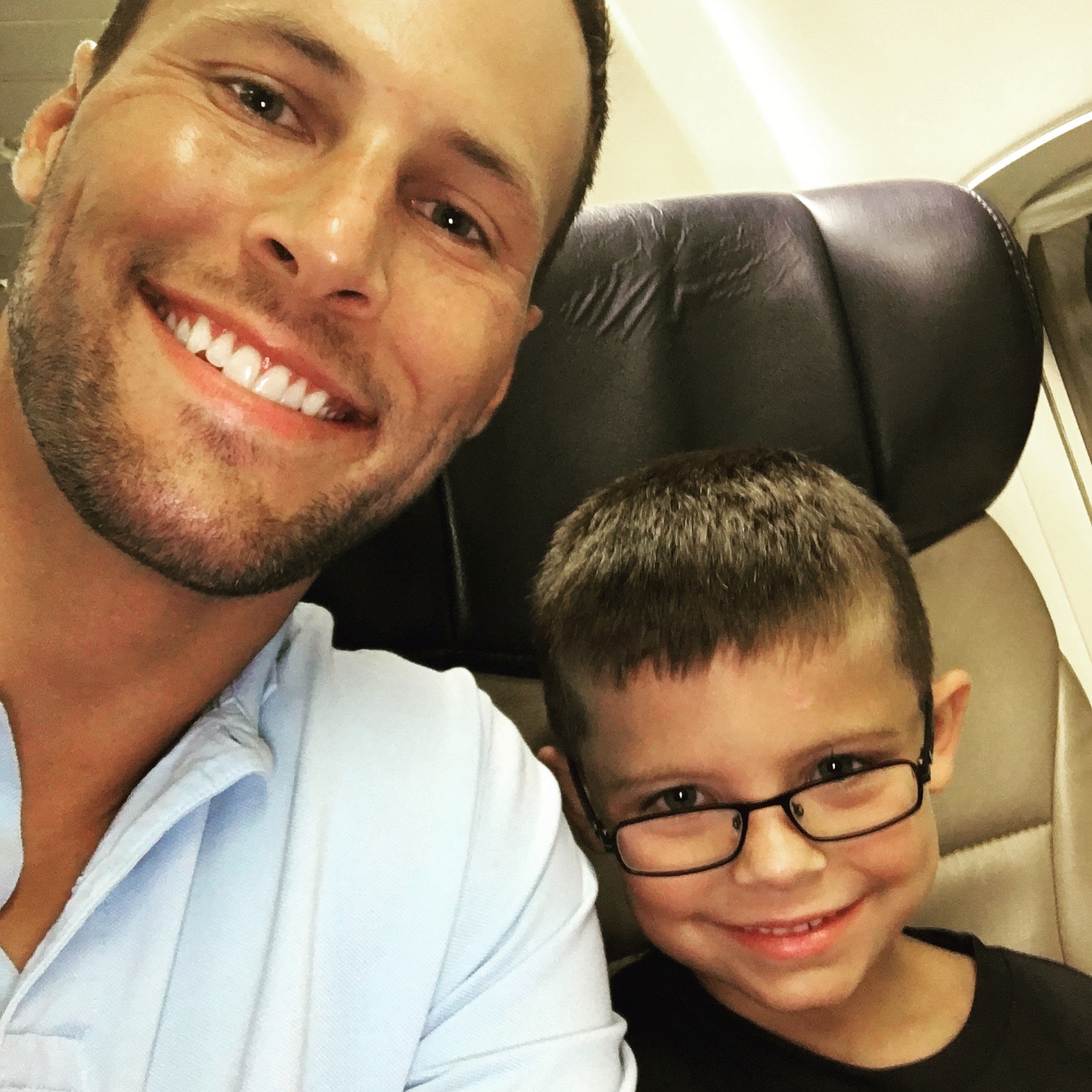 …back in the spring when baseball schedules were released, I picked a time to take Kensington to see the Red Sox play and Andrew picked a date for the Yankees.  So, he bought tickets, we put it on the calendar and didn’t think much about it…until a week before he left and the Yankees announced that Friday, August 12 would be Alex Rodriquez’s last game as a Yankee…and that just happened to be the game they had tickets to see.  WHAT ARE THE ODDS?!?!  To say these guys were pumped to have accidentally bought tickets to what would end up being A-Rod’s last game as a Yankee would be an understatement.  So, their already fun trip was going to be even better.  Here they are on board the flight ready to take off early in the morning.

They landed, checked in, had lunch at Serendipity, got candy at Dylan’s and went to the park. 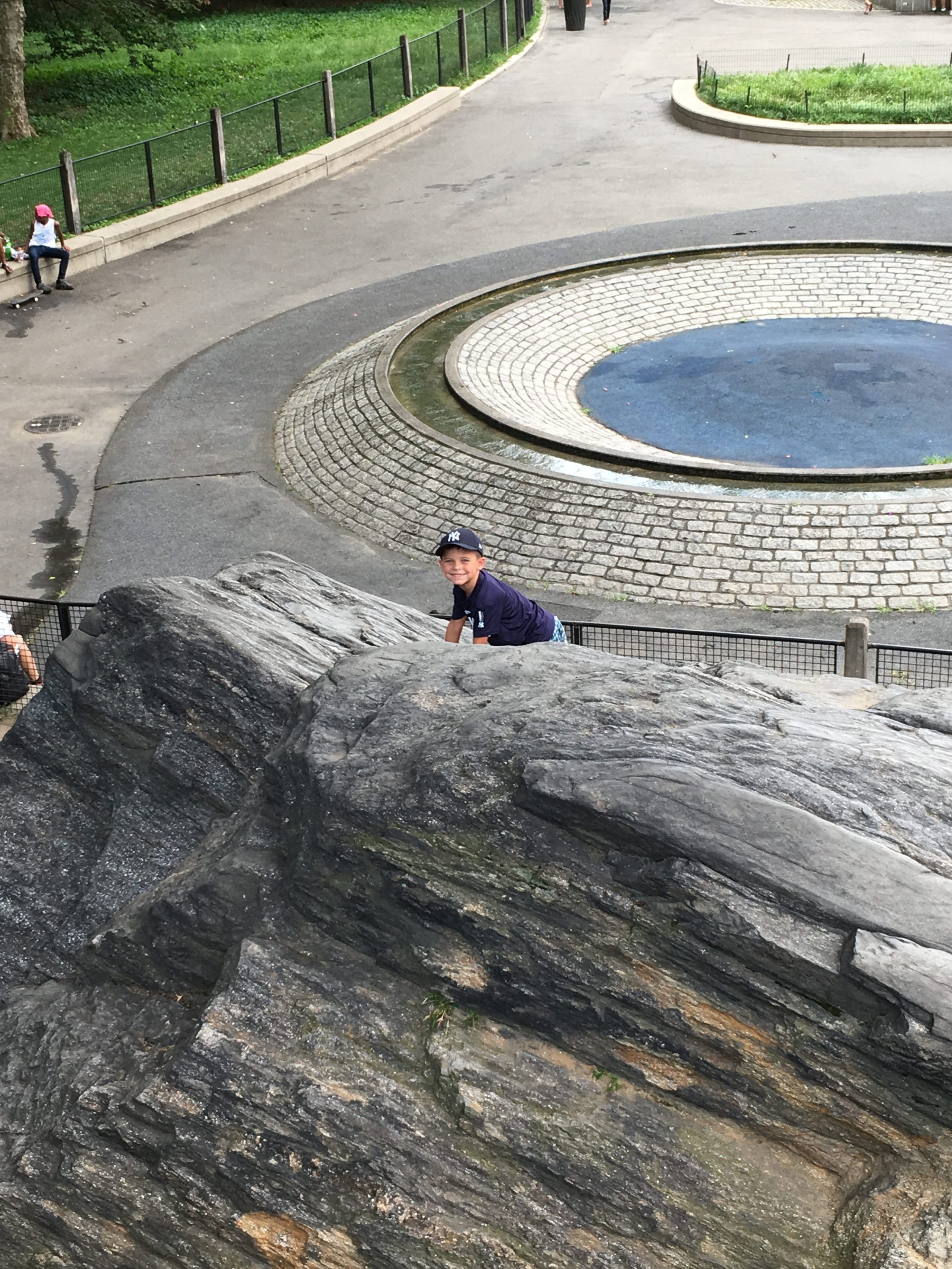 Smith loves to climb on the big rock in Central Park.  #suchaboy 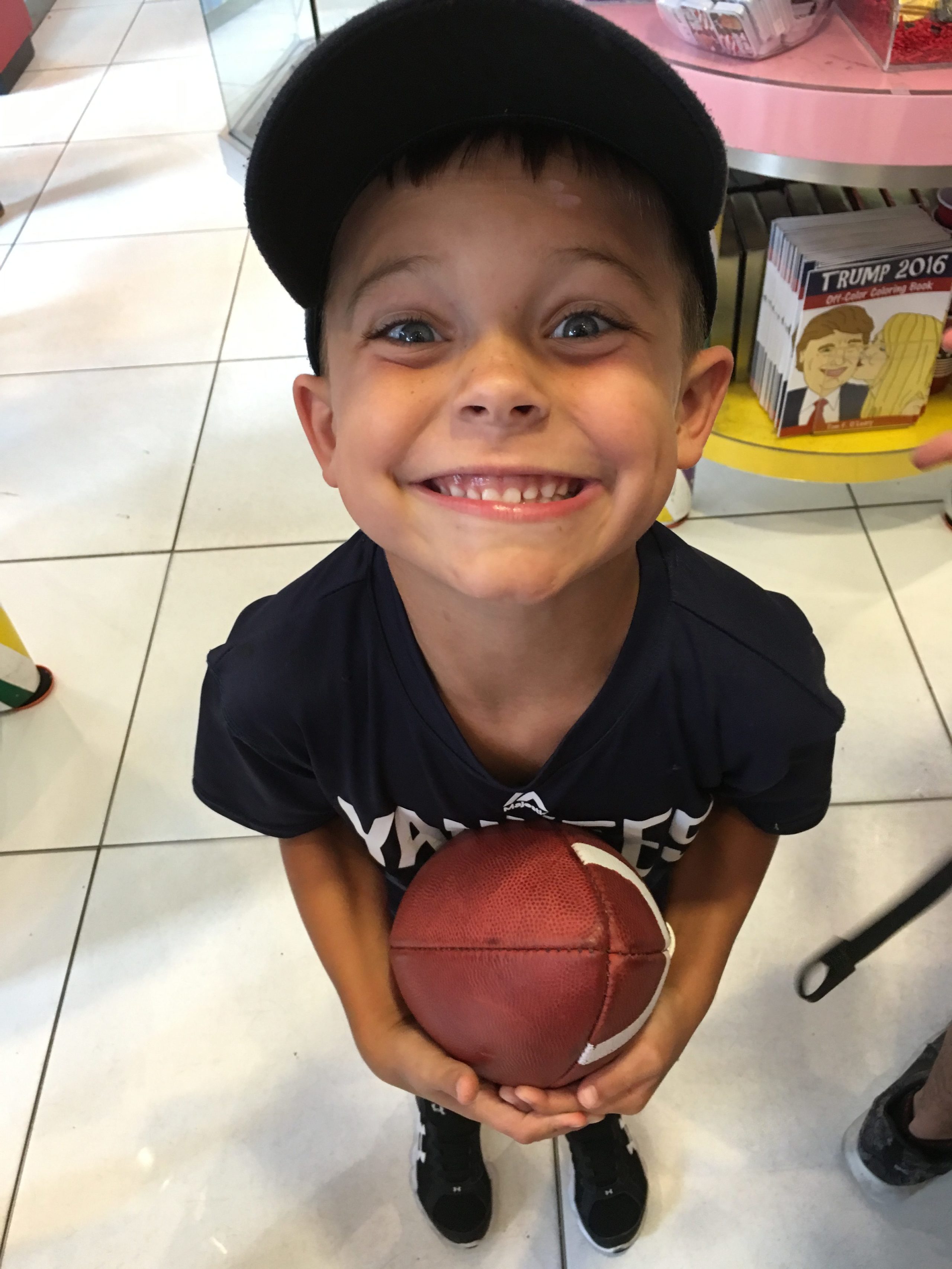 He loves being in a New York state of mind ;).

Then they got cleaned up for dinner and a show… 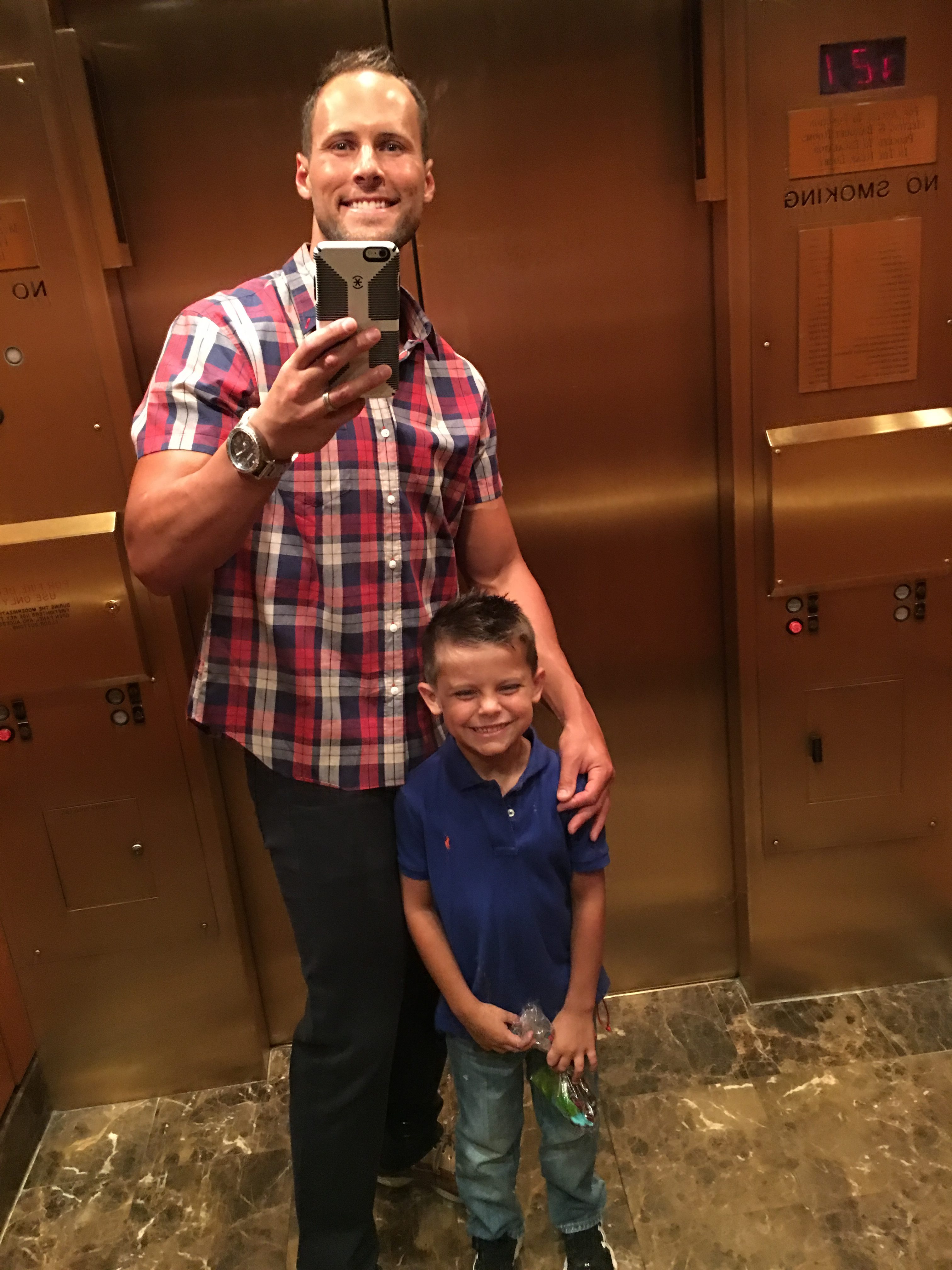 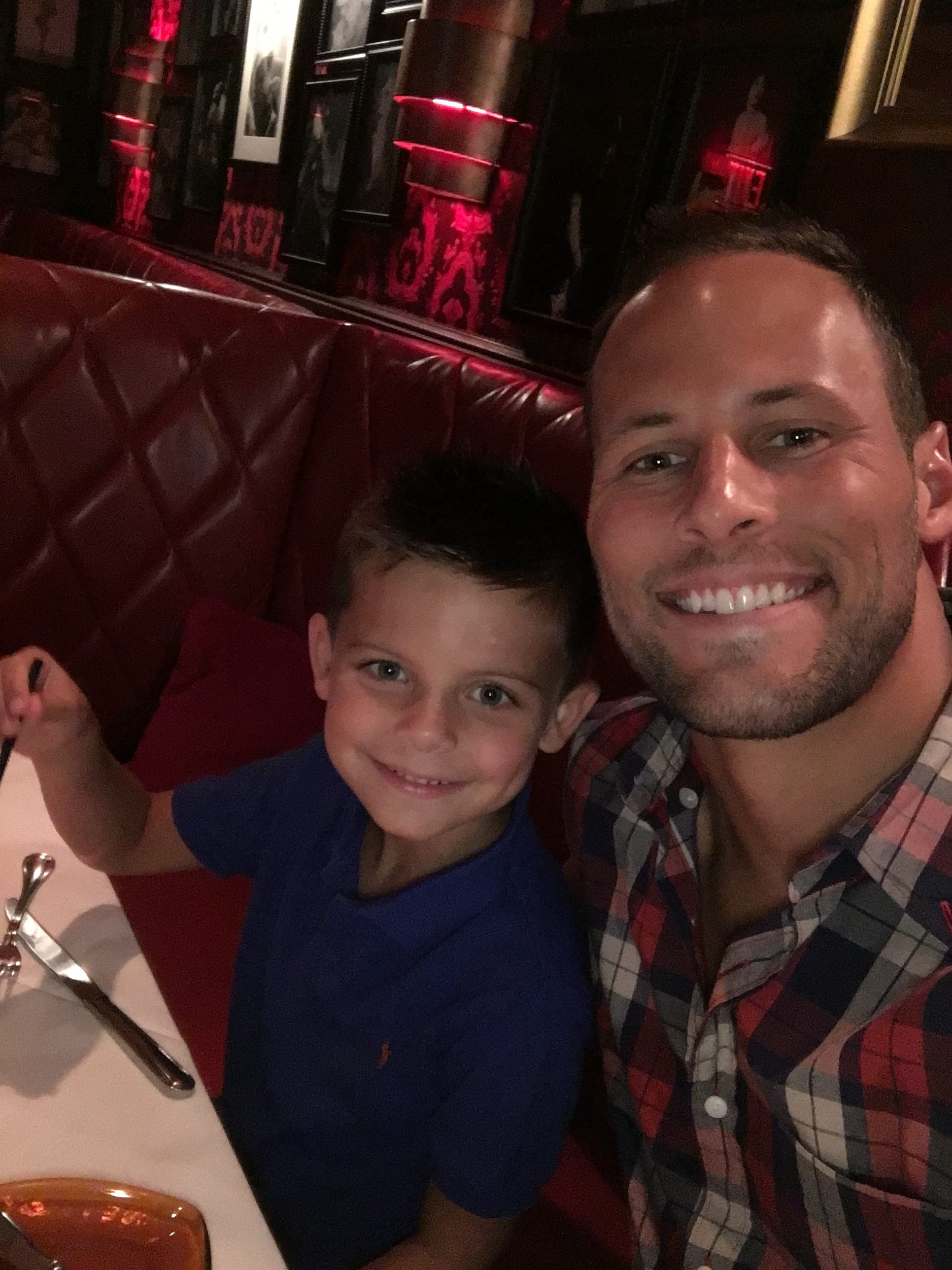 Dinner before their show. 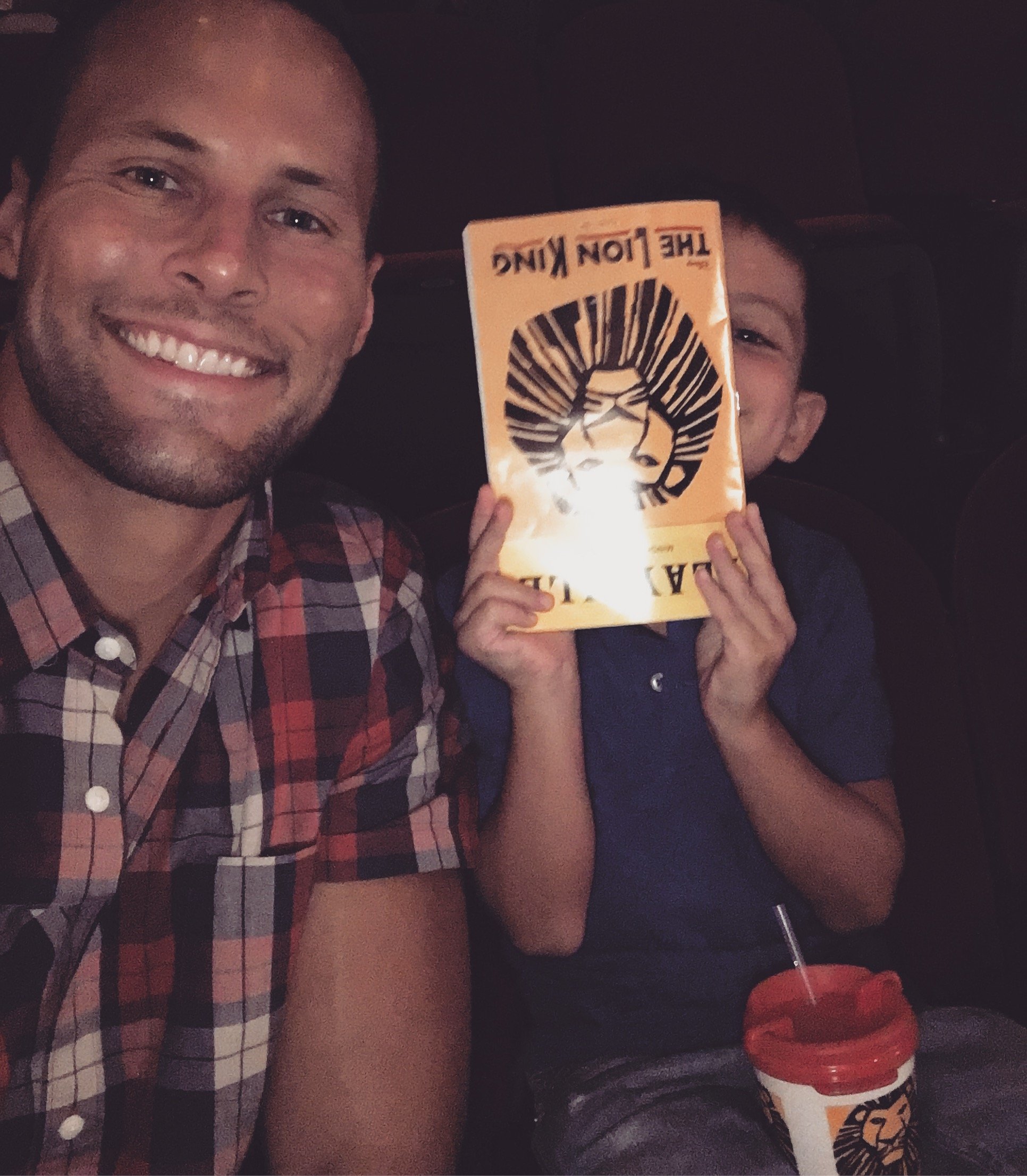 And speaking of shows…they went to see The Lion King.  They both loved it! 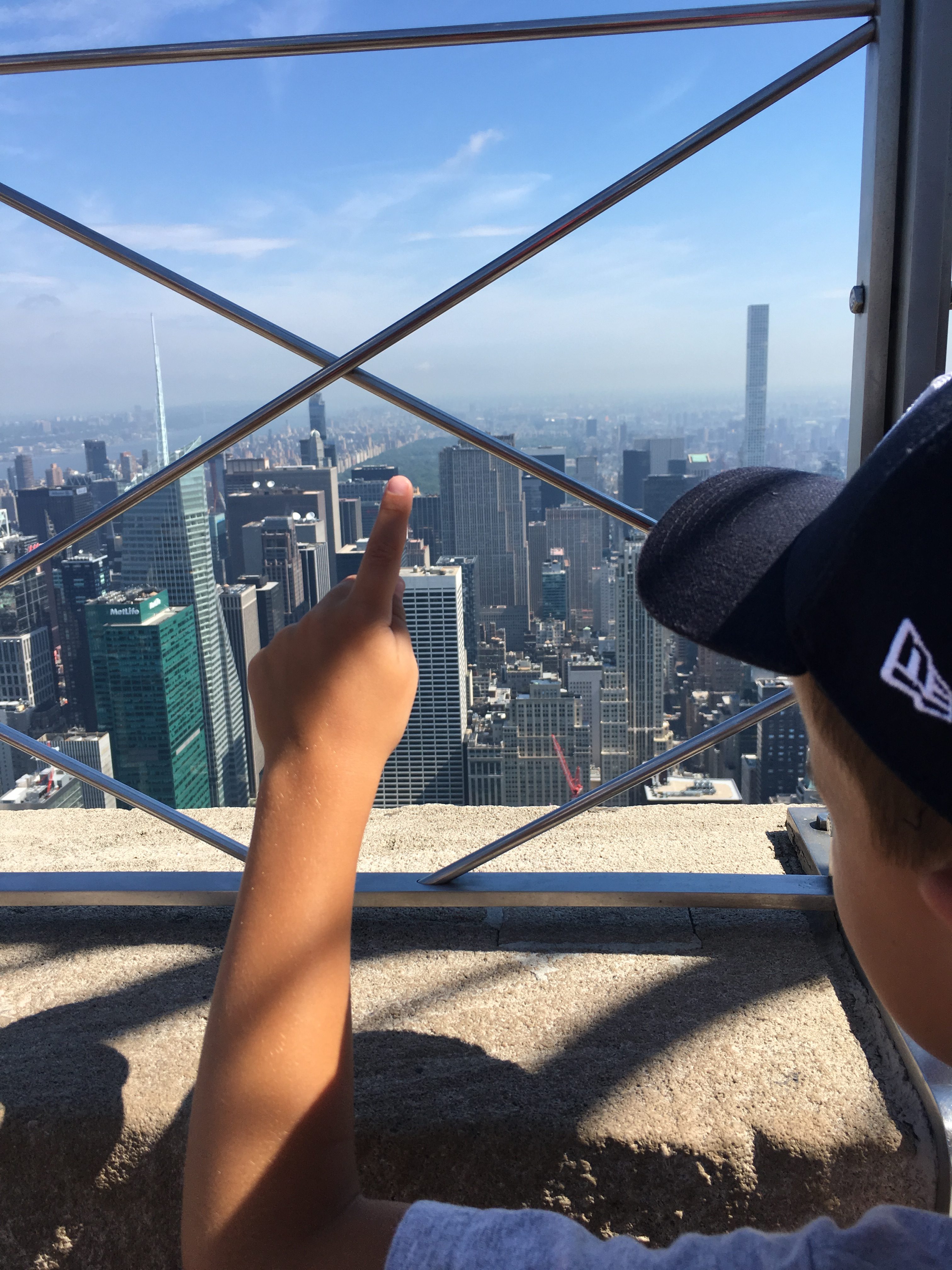 The next day was super hot in NYC, so Andrew bought them a city pass to do some fun indoor things like…visit the top of the Empire State Building.  Smith is up there pointing out the Statue of Liberty. 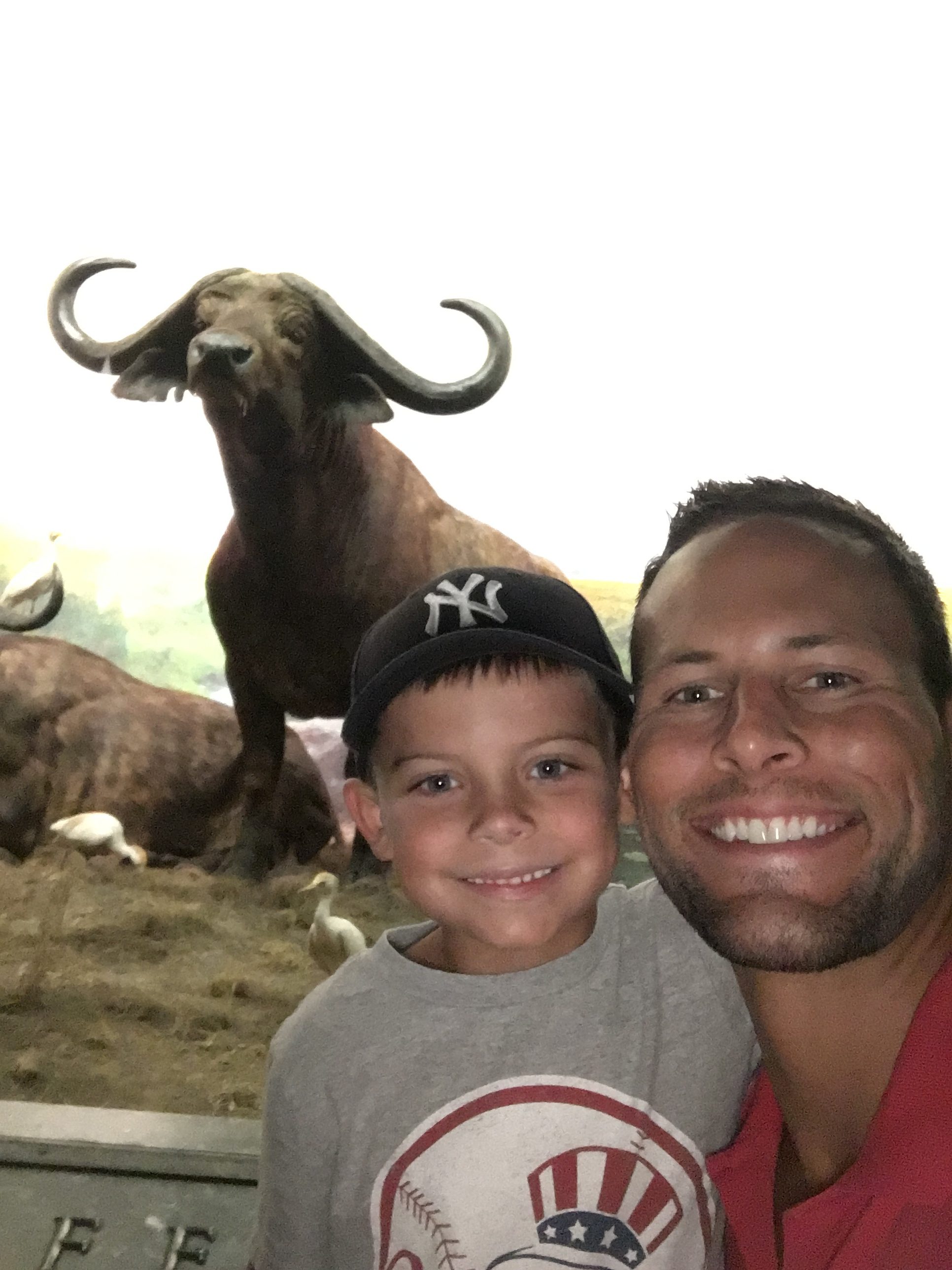 And they visited the American Museum of Natural History. 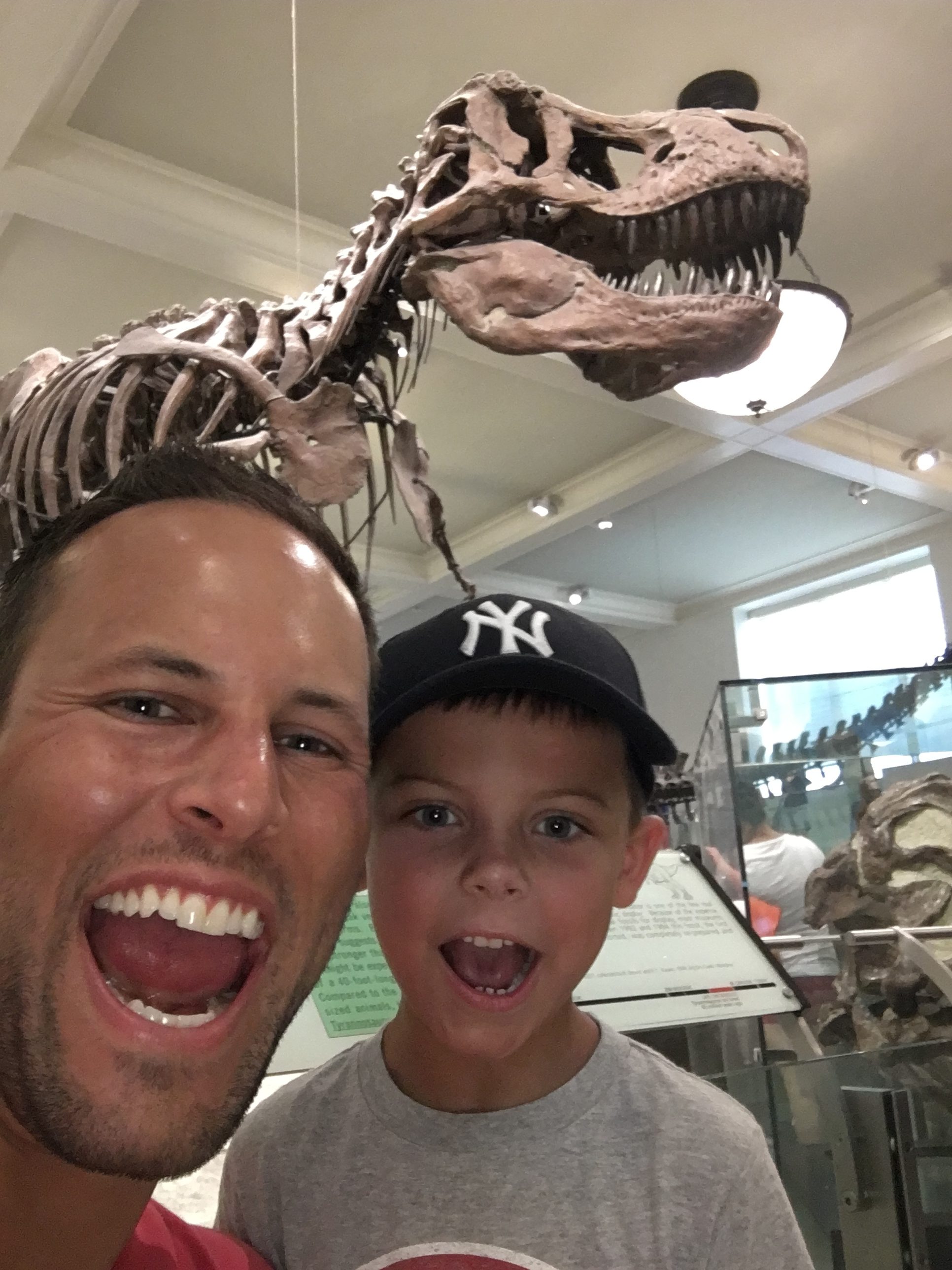 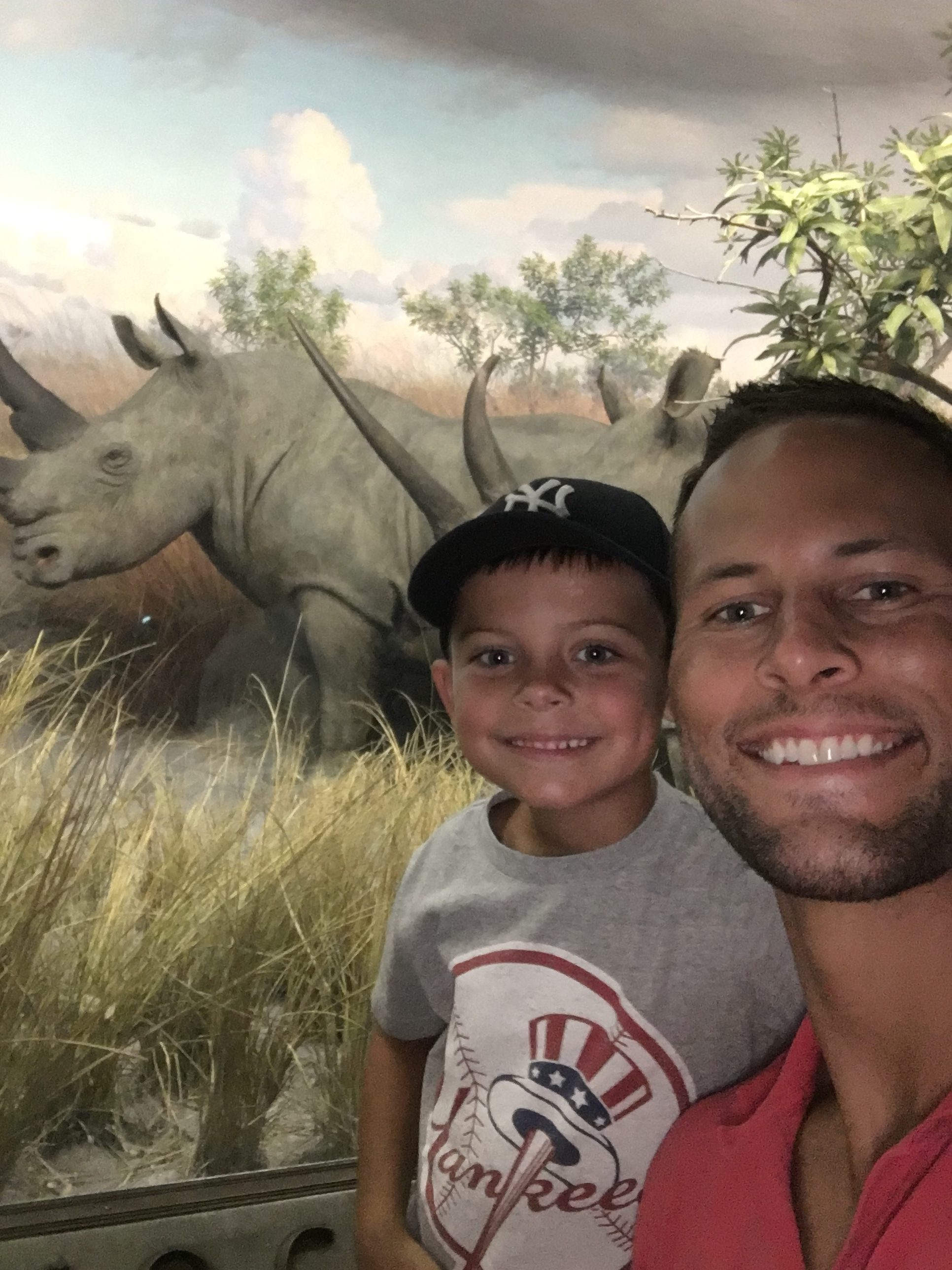 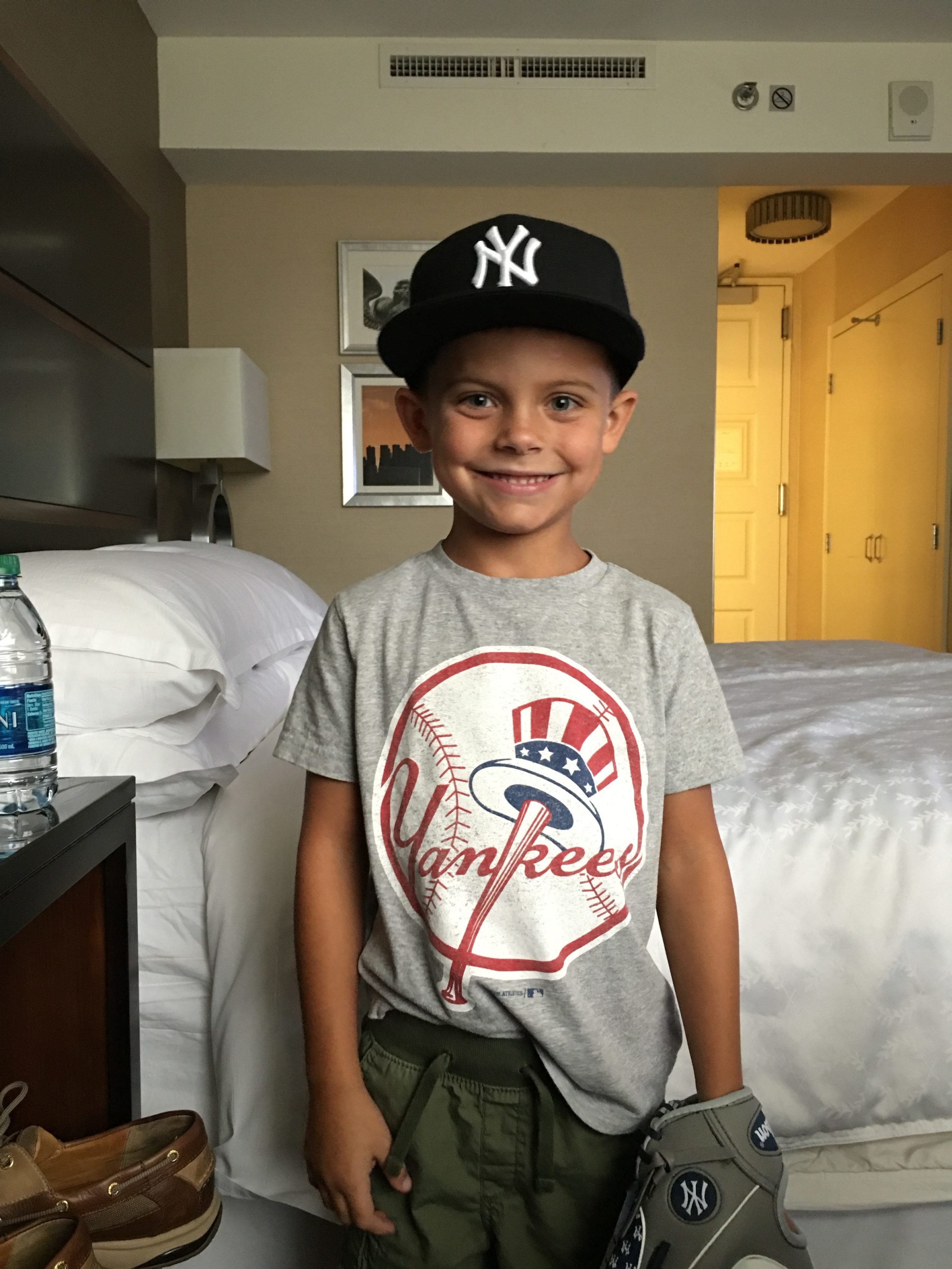 He so desperately wanted to catch a foul ball at the game. 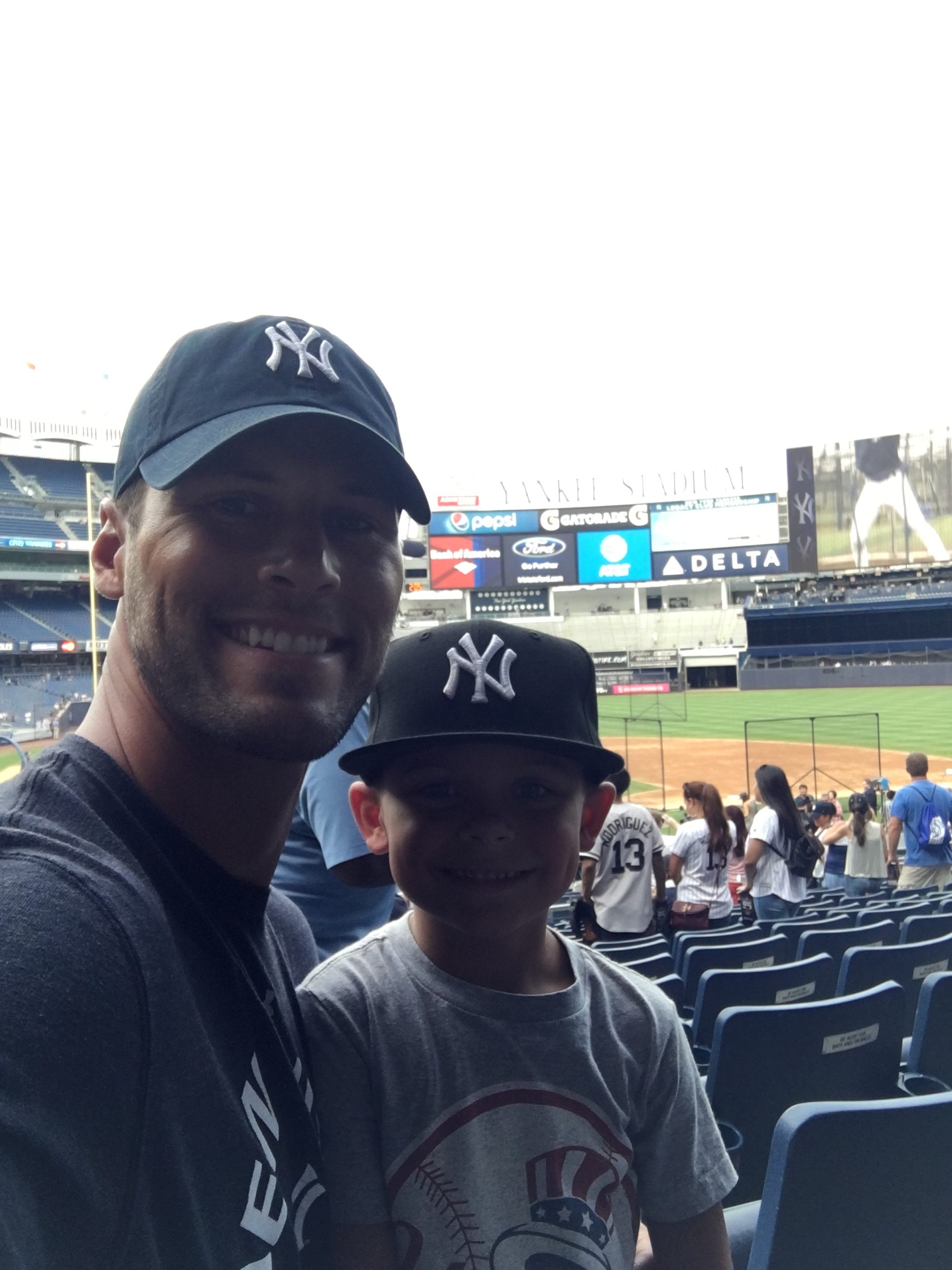 At A-Rod’s last game as a Yankee. 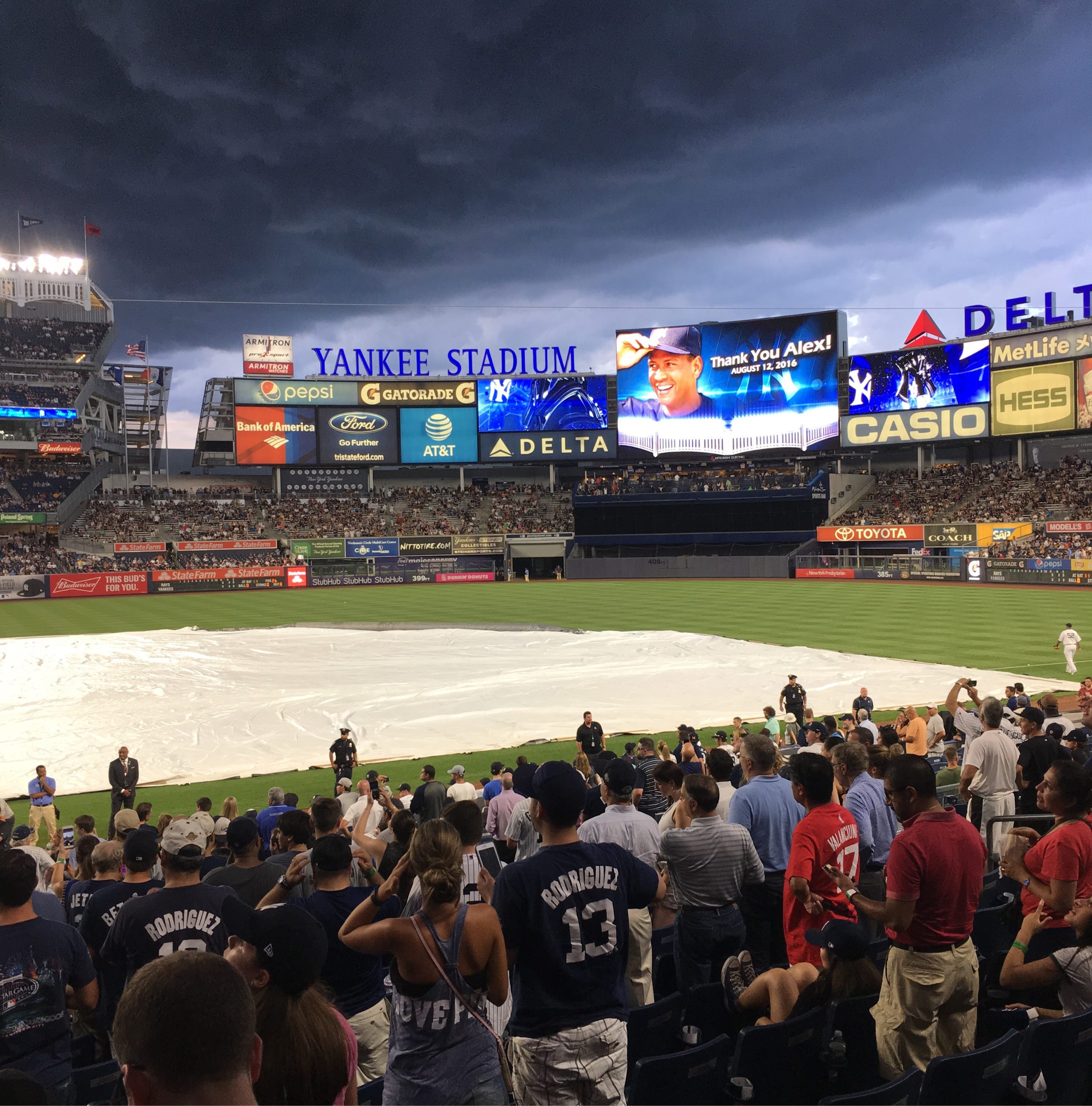 Andrew said that as soon as they announced A-Rod’s name, thunder struck. #asign? 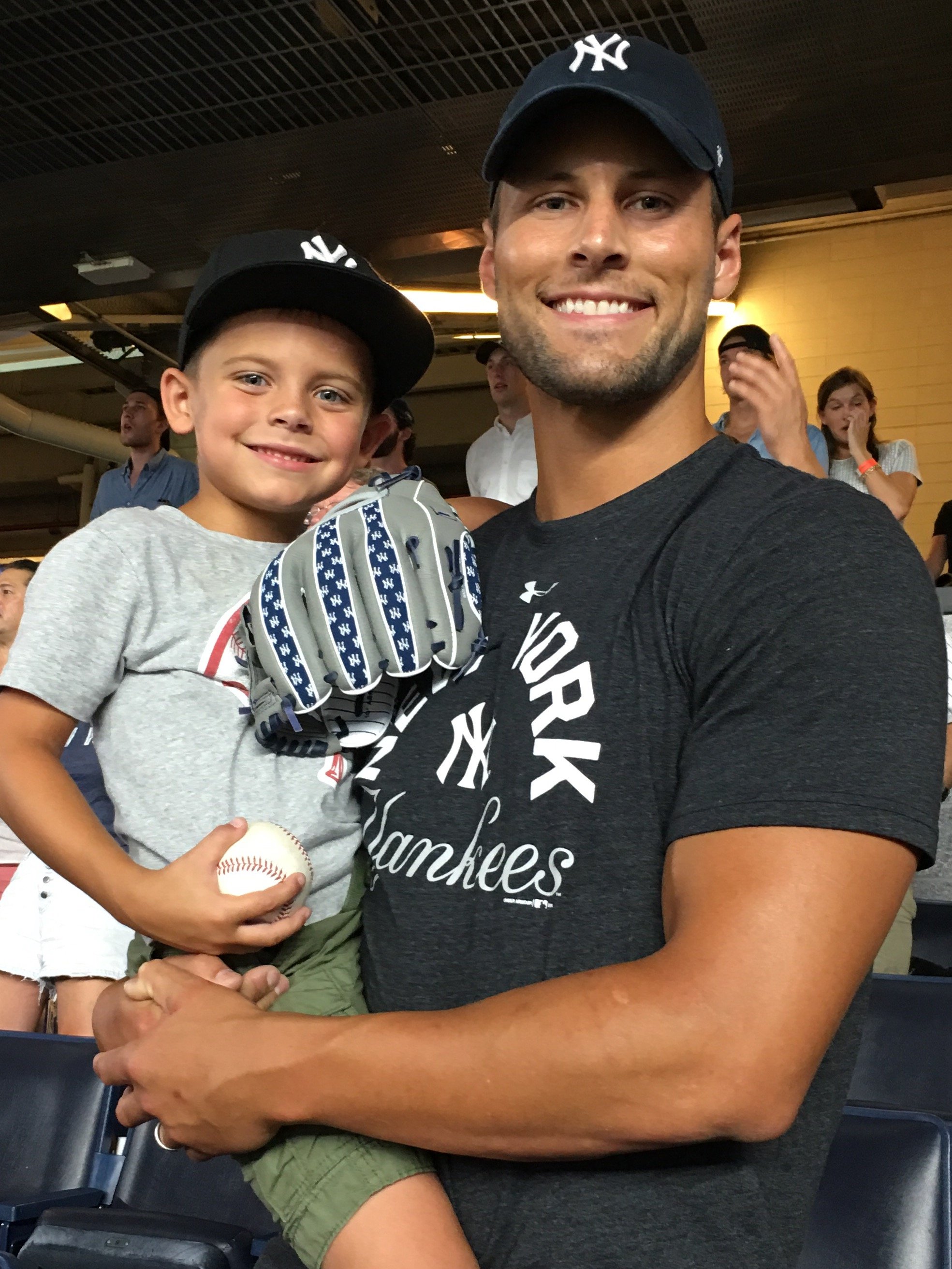 And then right there at the top of the 9th…when A-Rod was out as his last time as a New York Yankee, they got a ball :).

Smith came home and told me it was the best day of his life…so, I guess you could say they had fun.

We keep waiting to take Ashby on one of these trips when she can a) figure out which team she wants to see…as of lately, it is the Yankees b) has a desire to sit through 9 innings of a baseball game.  So far, she always says she’d rather stay home…but hopefully next summer, she’ll change her mind on both accounts ;). The price you pay…