Happy Thursday friends!
This afternoon, Ashby is having her second MRI so that we can better understand the complexity of her issue.  This time, they said that she’ll be under for quite a bit longer than the last time, and they’re going to do an ultrasound and run genetic blood testing as well.
Listen, this month, we have been taking Ashby to her hematologist…whose office is in the pediatric cancer center of Children’s Medical Center.  I have no complaints in life.  Sitting there with those precious parents and their children puts life in perspective.  I have done more praying this month than ever before.  God bless all of you who deal with pediatric cancer.  I can’t even begin to imagine.
Lots of love from me to you this Thursday. xo 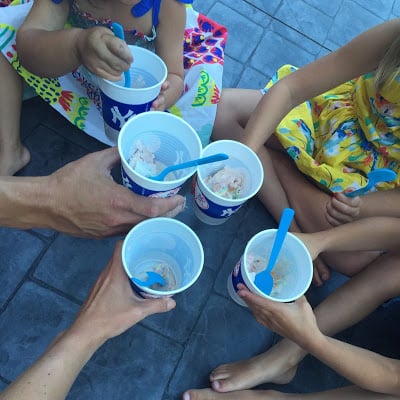 Sittin’ on the driveway with homemade ice cream is where it’s at for us.
Ashby’s compression garment did not work out.  It was actually causing more harm than good and causing even more blood to pool in her hand verses milking her blood up her arm and back down her body.  Soooooo…we are now wrapping her fingers and hand from the tips up and she sleeps with it.  Eventually, we’ll be able to get it where we can wrap starting with the tips of her fingers all the way up her arm and around her torso.  Right now, we’ve made it to her elbow.  And this (thank goodness!) seems to be working.  Her hematologist suggested this route and it’s been so much better.  Well, the first few days, she wasn’t a fan…so some of us wore one for moral support… 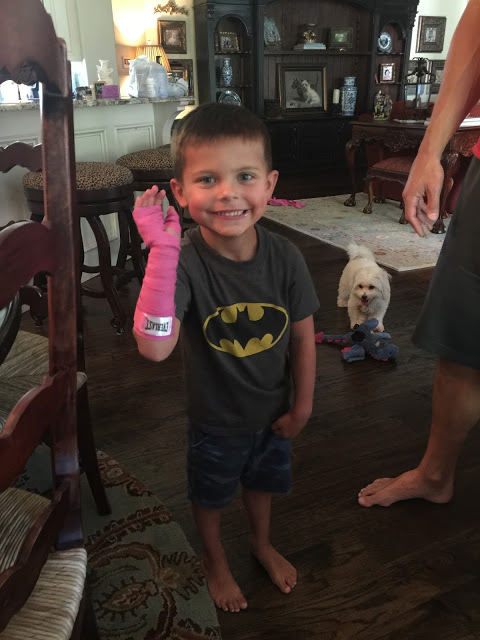 …look at this big brother sporting his pink wrap to make his sister feel better :).  Ashby’s wrap covers her fingers…but you get the point.  Now, she’s wearing it with no problem.  They are very concerned about blood clots…so this is one of the many things we’re doing to keep blood clots at bay. 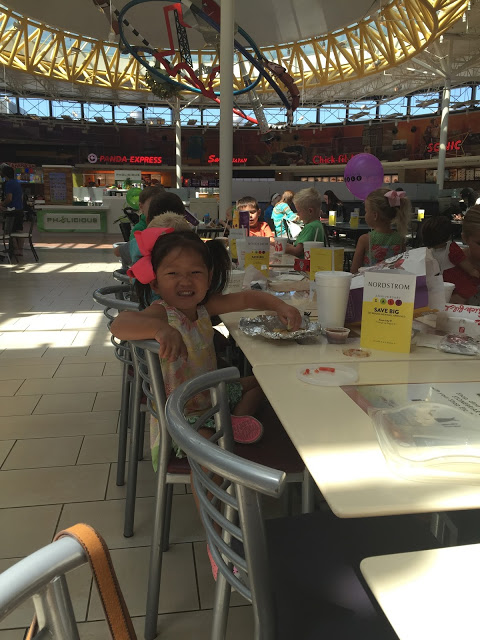 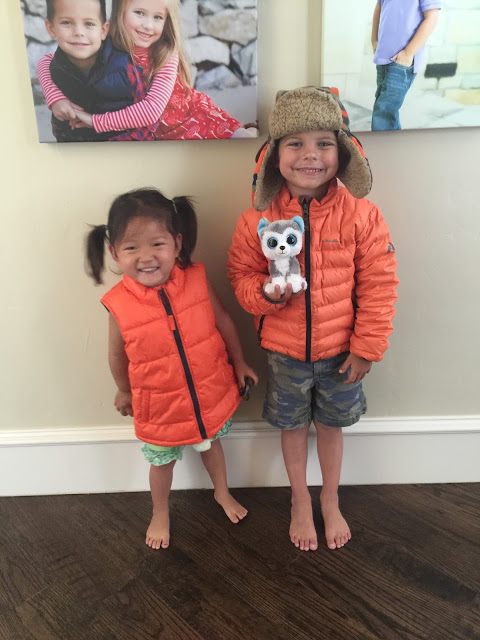 They were pretending to be in the Arctic :). 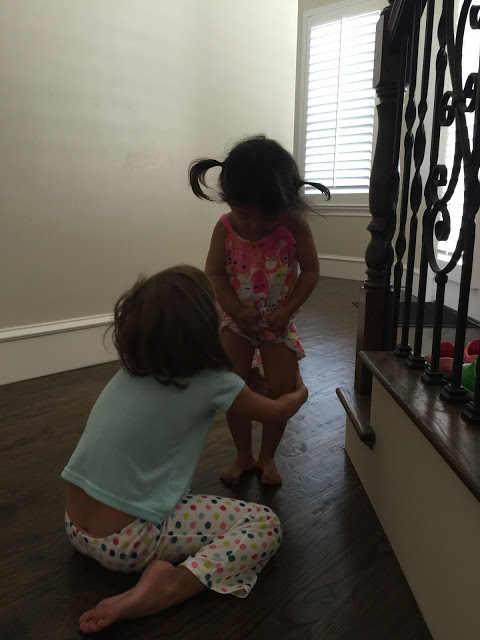 The girls use the bottom of the stairs as their ballet studio.  Kensington was teaching Ashby how to plie in first position. 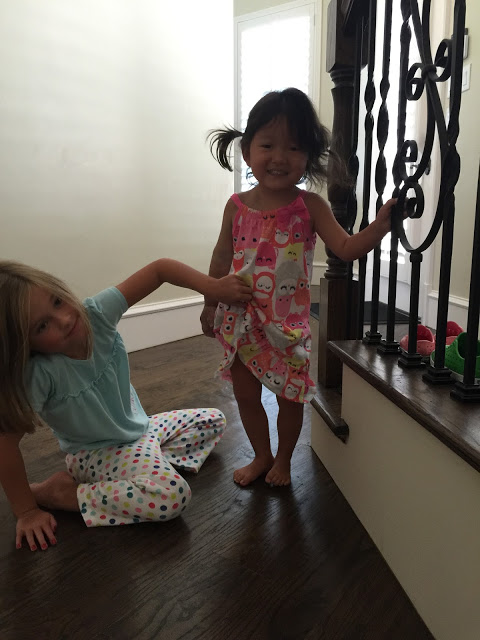 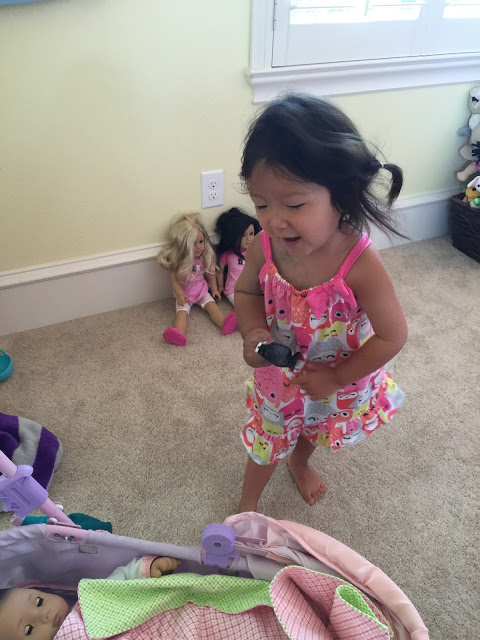 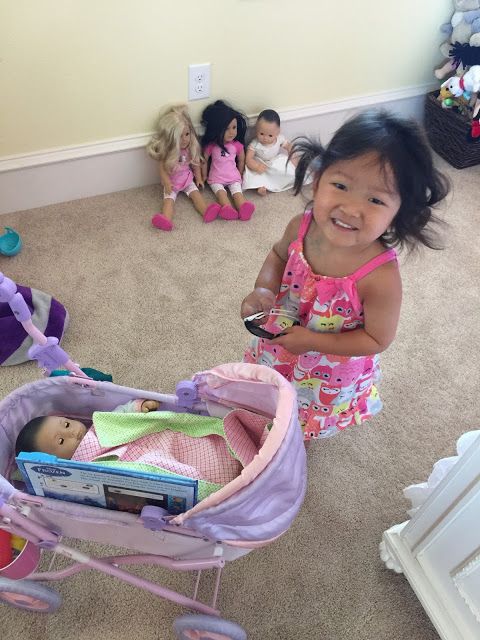 Such a good little mommy. 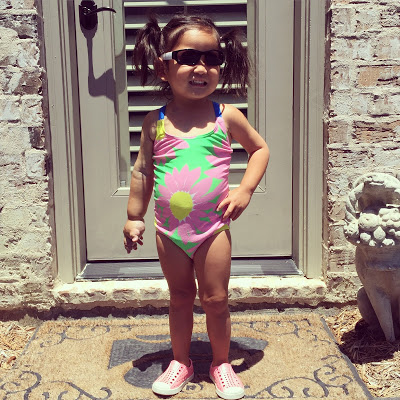 Can someone point me to the pool? 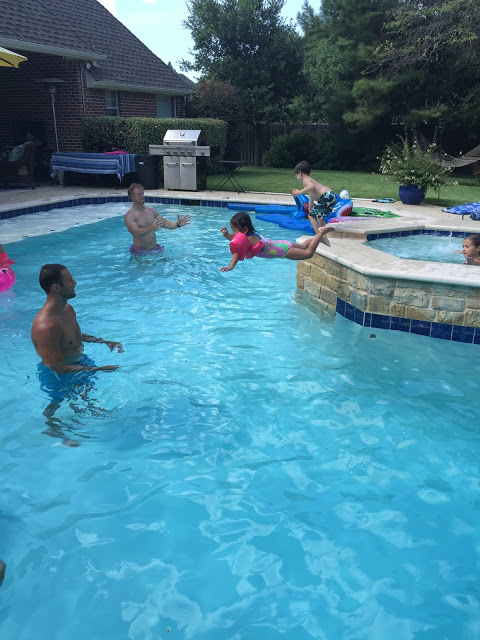 Swimming at Lovie & Papa Jay’s house with family and friends! 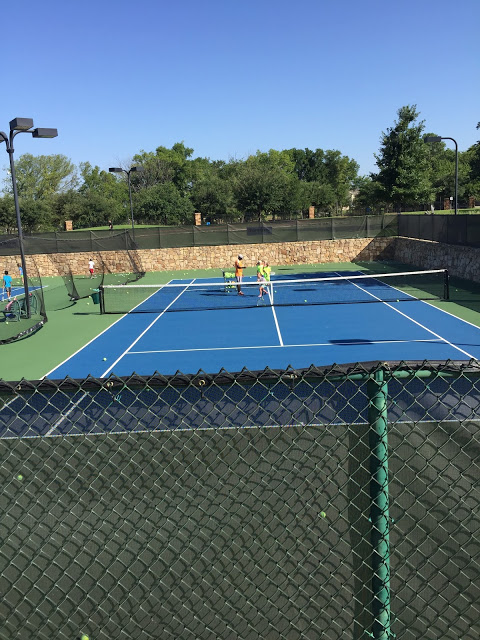 The kiddos have had tennis camp this week.  This is the third year in a row that Erika have signed them up.  We’re trying to make a Wimbledon champ out of one of them ;). 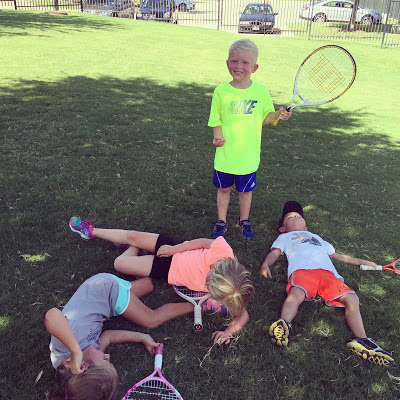 It’s been a little warm outside… 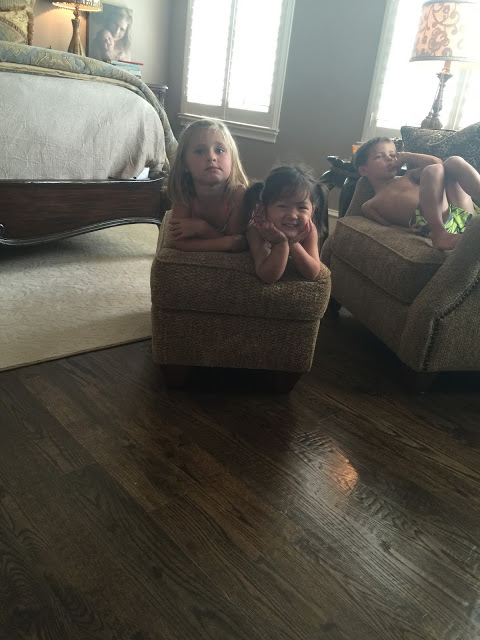 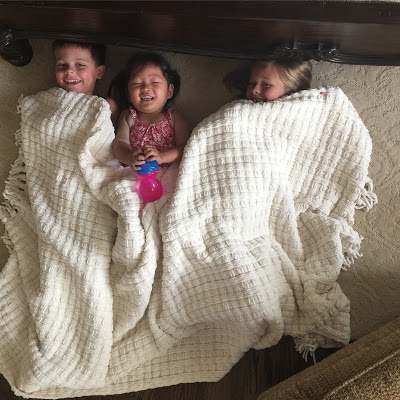 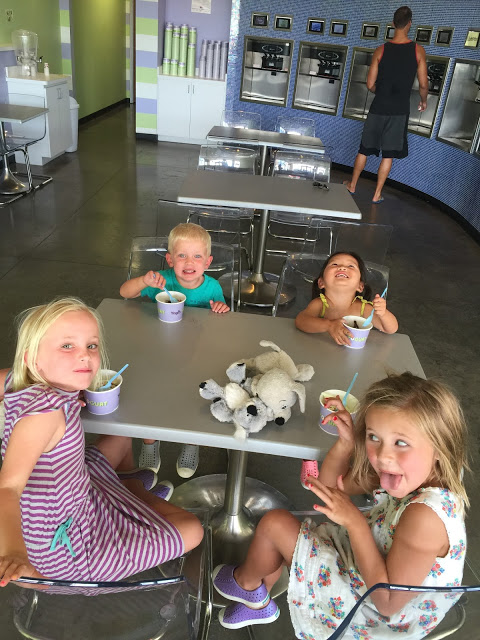 We took Ebby Lee and Bowen to get fro yo the other night.  Silliness as usual!
That’s life lately around here!
Today is National Hot Dog Day!  You should make this to celebrate… 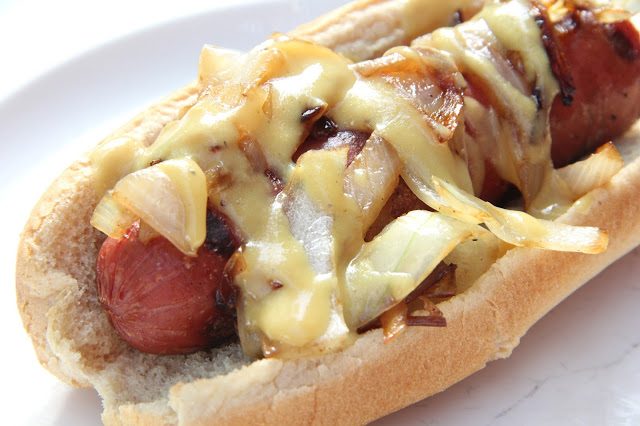