We’ve had a home-bound filled few days, so I thought I’d share a little.

In May, both Smith’s doctor and Ashby’s doctor suggested they each have surgery over the summer.  Thanks to inheriting his mama’s gigantic tonsils (and the multitude of problems that come with them), Smith needed his tonsils and adenoids removed.  Ashby on the other hand, began her first of most likely six vascular procedures to shrink her veins in her affected area.  This series of procedures have been discussed in great detail by her physicians at each appointment over the last 18 months.  All three of her doctors (hand surgeon, radiologist, hematologist) feel this is the best measure to (hopefully) prevent future blood clots and/or aneurysms.

Obviously, I felt more familiar with Smith’s procedure (since I had my tonsils removed just a few years ago), but Ashby’s procedure scared the heck out of me.  There is just not a lot to do for kids with Klippel-Trenaunay Syndrome, and we’ve tried as many things as we could that were less invasive.  KTS is different with every patient and a lot of it is trial and error.  So, after 18 months of trying our options, and one surgery to remove an aneurysm and another to de-bulk the veins, we (along with the doctors) decided this was the obvious next step.  The thing is…once you start these procedures, you can’t stop (or it will hurt her health)…so, we were committing to a six month period where once a month, our kiddo will go to the hospital, be put under, have her veins poked on, be in intense pain and have to wear a bandage for 10 days…and then we start over again 20 days later.

Being a parent is hard.

So, we decided to do these things back to back and have one big recovery time at our house.  We’ve been counting down to these dates since May and boy am I happy to have them over with! 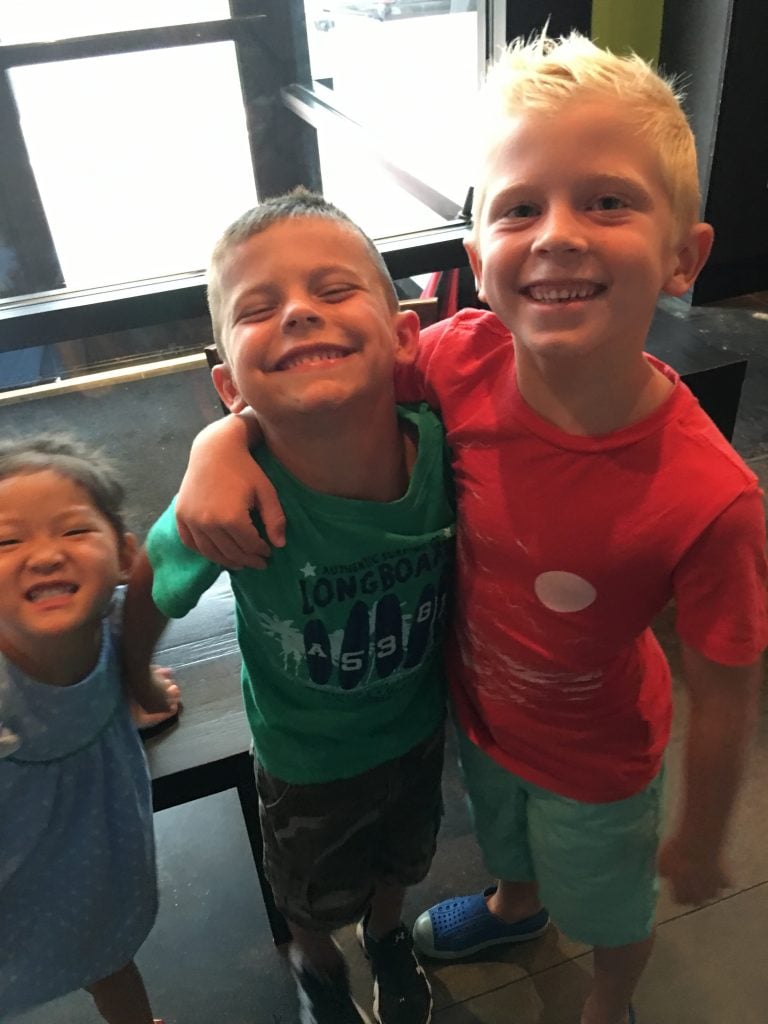 On Wednesday night, we had a “last supper” for Smith.  Since it was his last meal to eat and enjoy for a while, we let him pick and he said Japanese Hibachi with Nixon.  #goodchoice  My mom came and got Kensington for two nights so that we could focus on the little two, so it was just Andrew, Smith, Ashby, Nixon and me for our last supper. 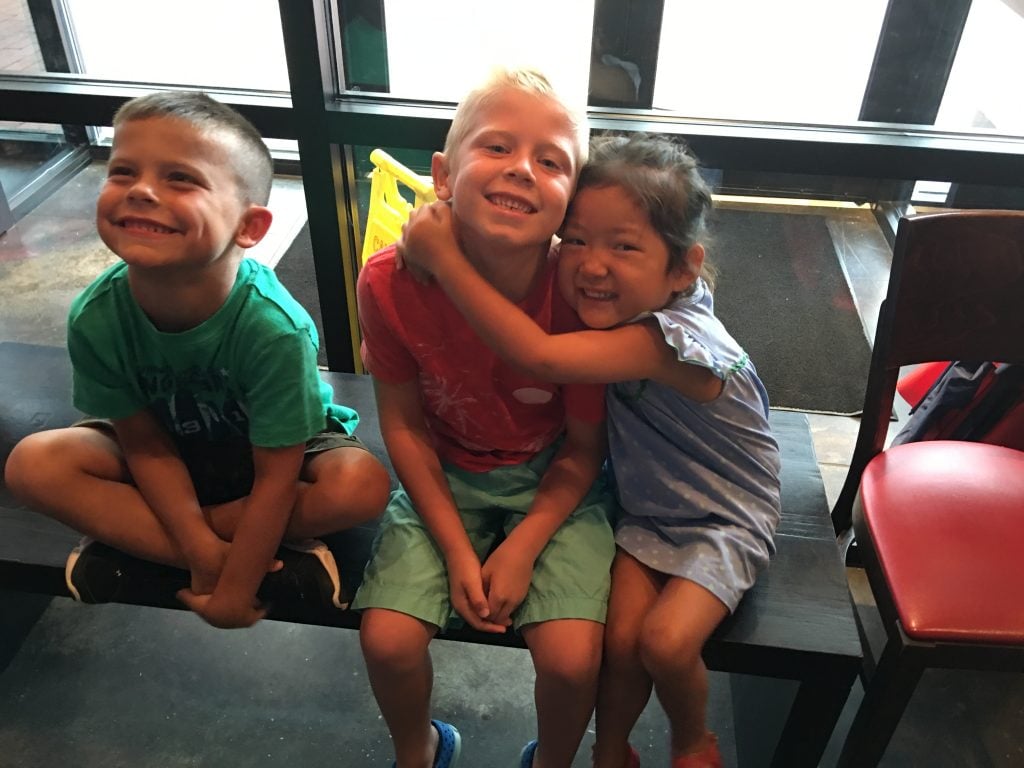 I just wanted you to see how much Ashby loves her some Nixon.  Let’s be real…Ashby loves all of the Slaughter boys ;). 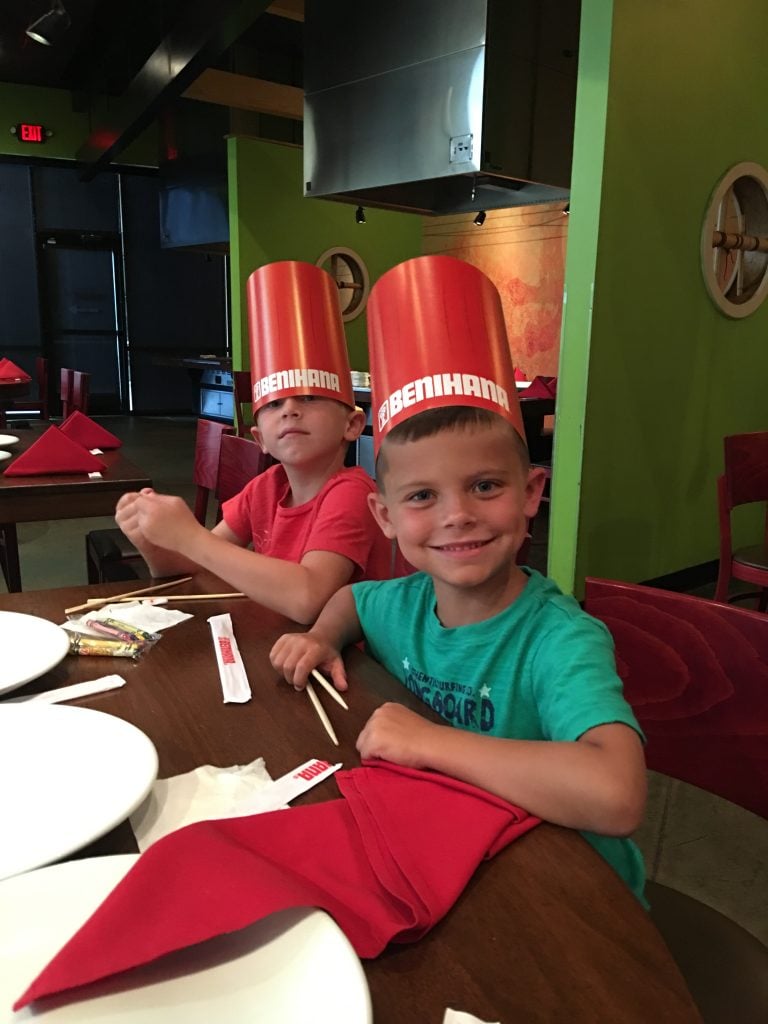 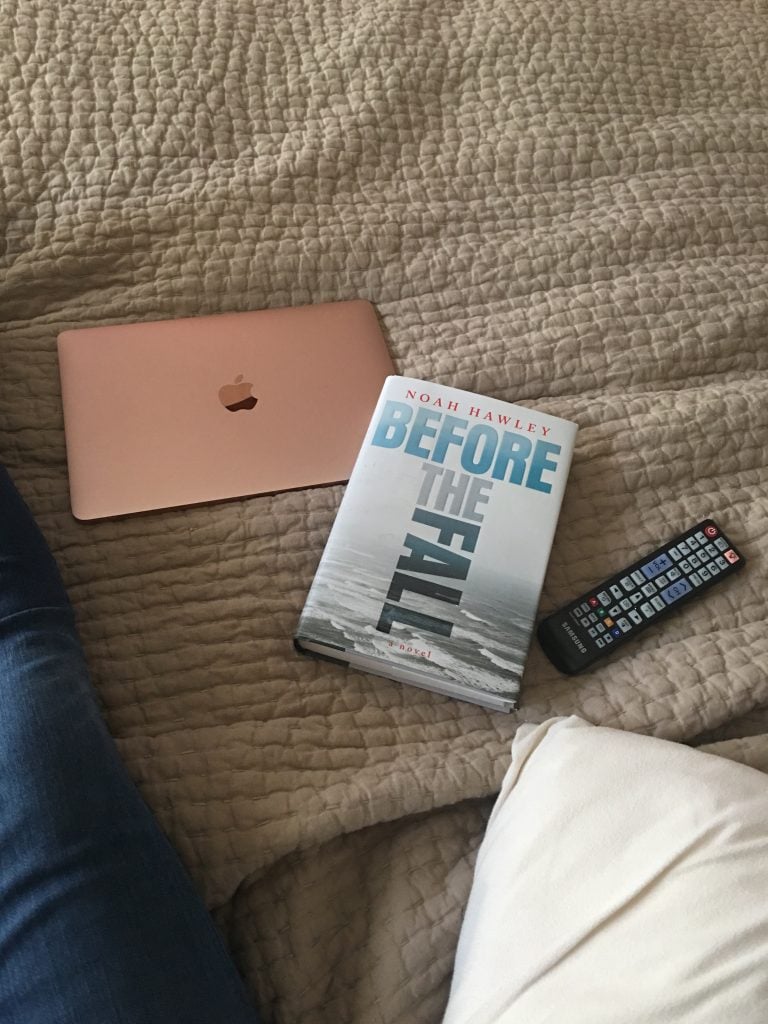 The next morning, Smith went in bright and early to have his tonsils and adenoids removed.  I don’t have any pictures to post (because they’re all a little embarrassing), but here I am next to the patient that afternoon as he recovered.  He was a champ!  He didn’t cry…he was just sad that he had to do it.  The fun part though?  Coincidentally, one of his favorite friends from kindergarten had his tonsils removed by the same doctor right after Smith, so they were both in there together.  This made Smith’s day!  It’s good to know your buddy is about to suffer too ;). 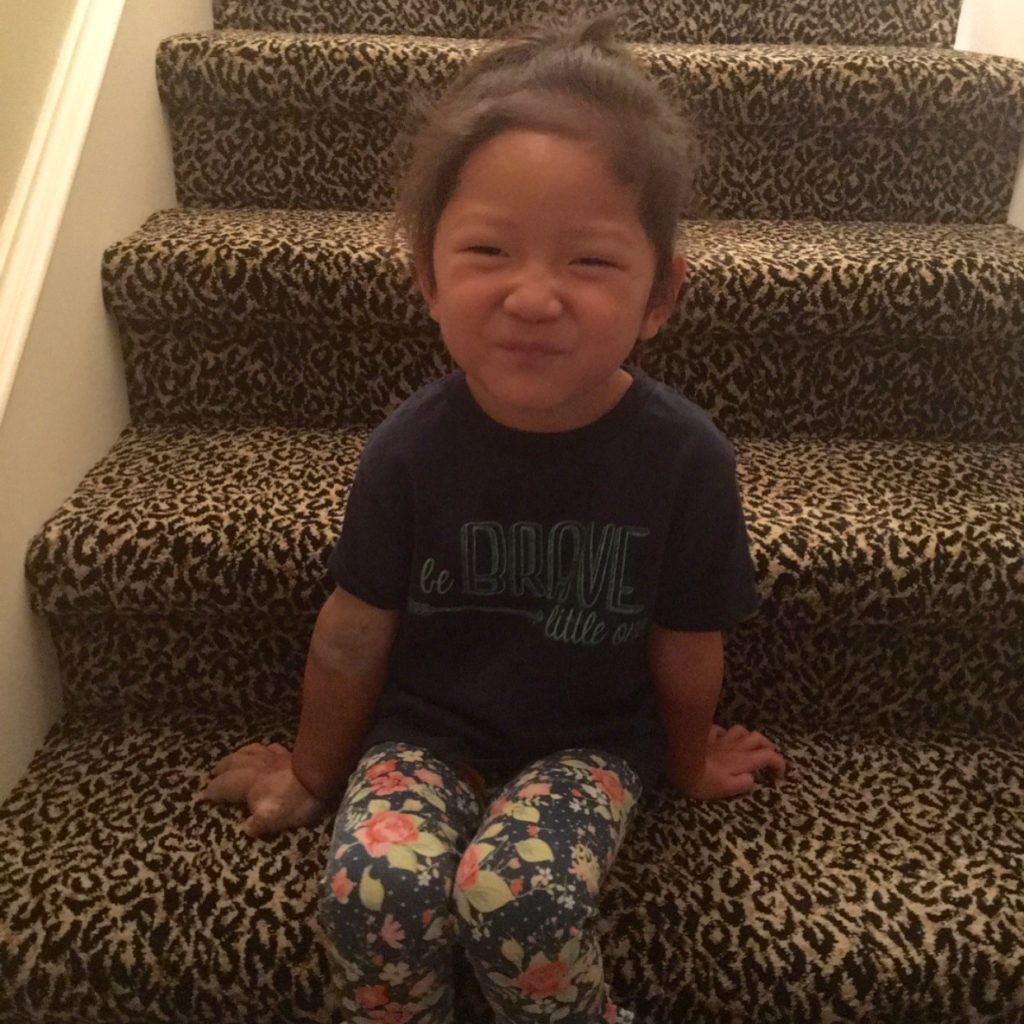 Then the next morning, this one was up bright and early for her procedure.  We had been talking about this all summer long, so she knew what was going to be happening.  Not going to lie, I was really nervous about this one.  I knew that we weren’t committing to just one procedure but possibly six…and that’s a big commitment. 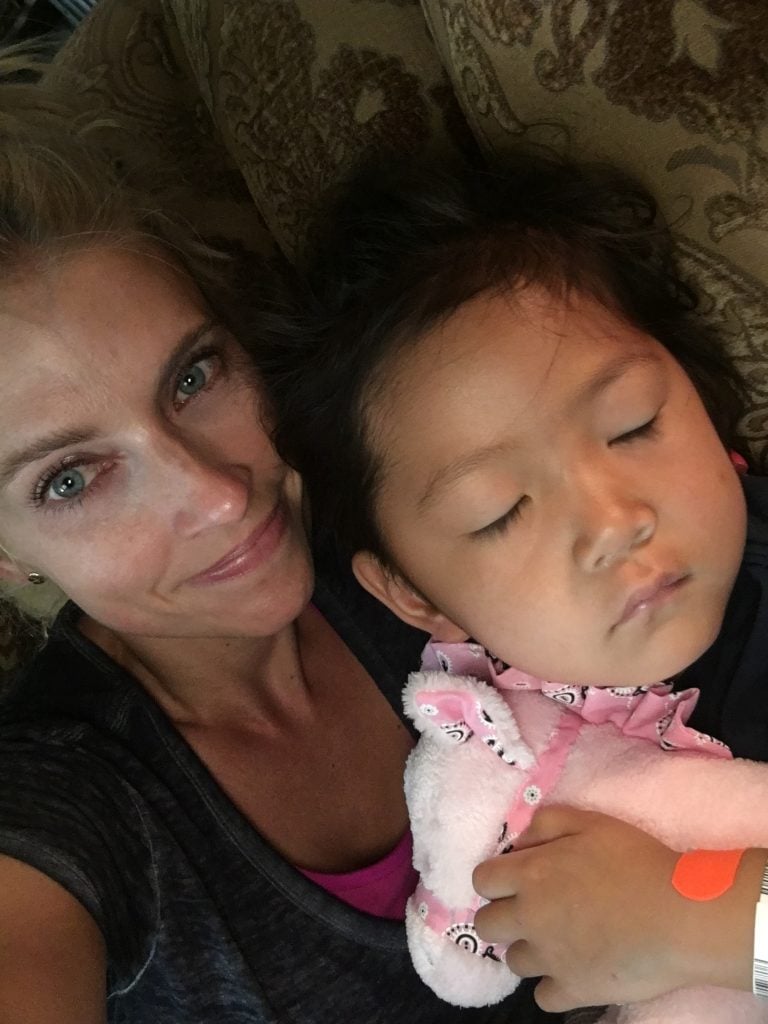 And here we are later that afternoon.  This whole process was a family affair.  My dad was out of town, so my mom took care of Kensington, I stayed home and took care of Smith (who had a hard day two himself) and Andrew was with Ashby (and my grandparents came too!).  My grandparents gave her that pink pony and she’s been holding it ever since.  The procedure took two hours and they were home by 3:30.  I couldn’t wait to snuggle with my girl and Andrew was ready to snuggle with Smith. 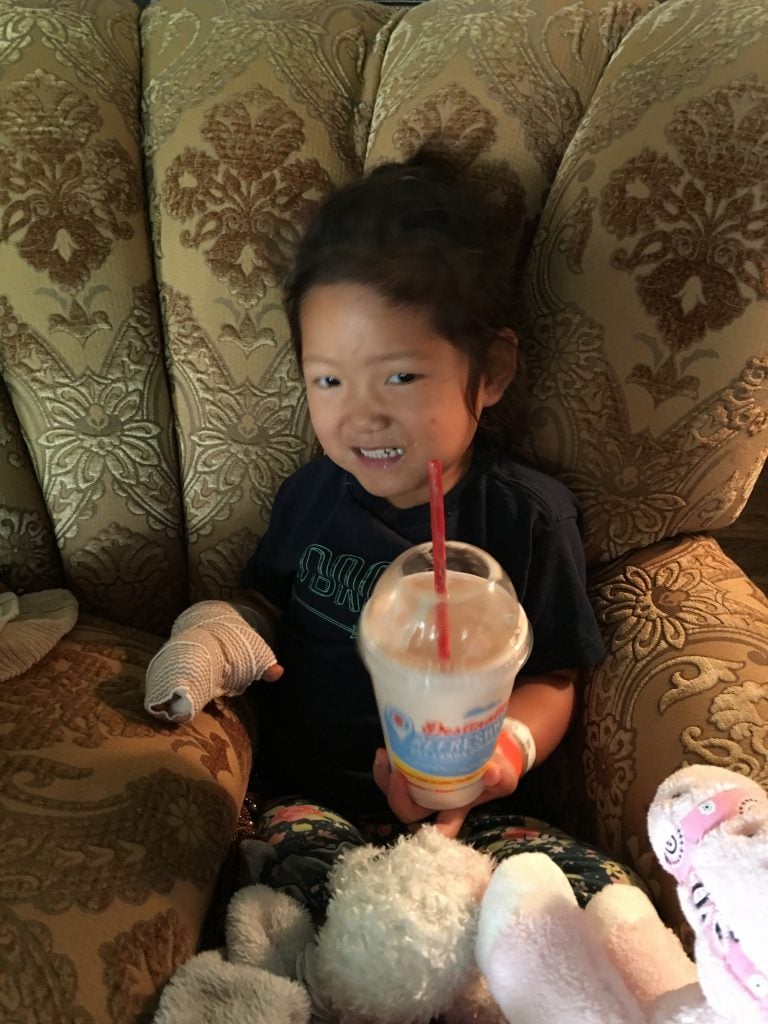 At 4:00, my mom came over with Kensington…and milkshakes.  This totally perked up both kids! 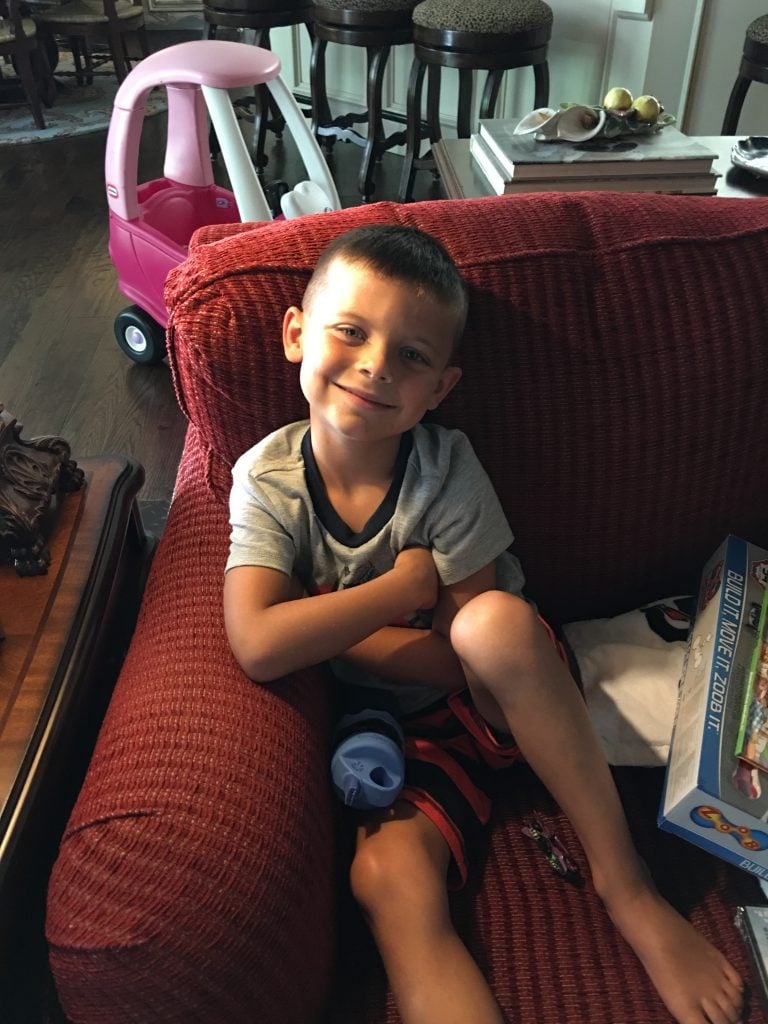 A smile for day two. 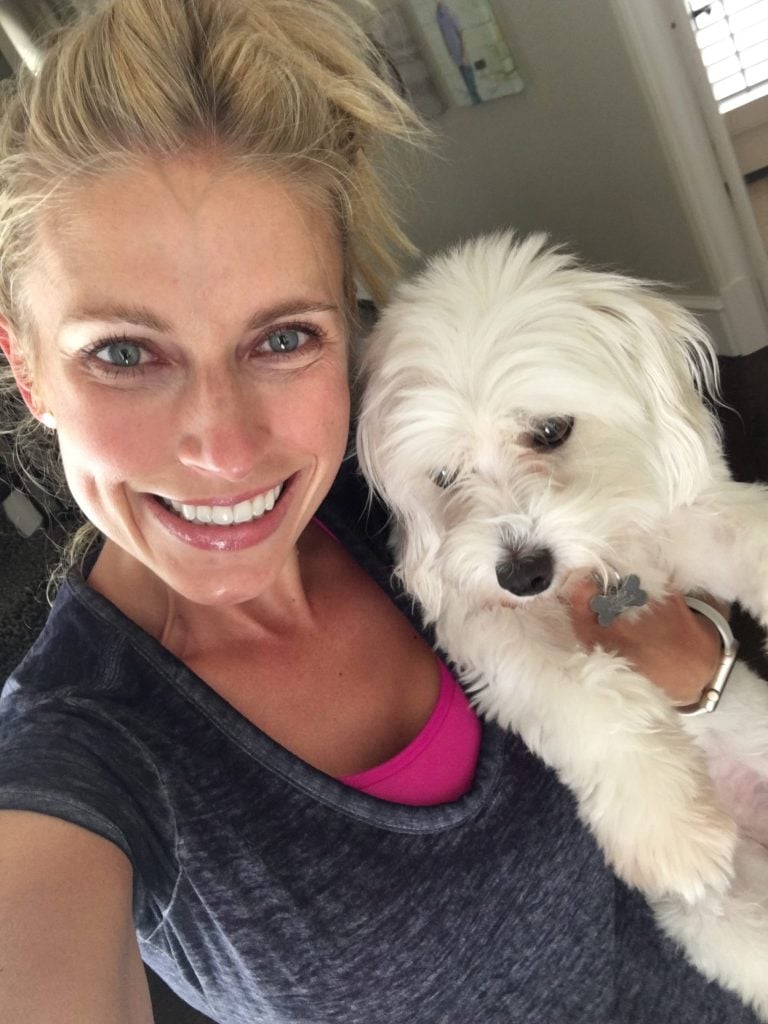 A random picture of Poppy and me…because we’ve been spending a lot of time together :).  She goes to work with Andrew every day, but since he didn’t work Thursday and Friday, she was home hanging out with me.  I must admit…she’s the softest and sweetest little thing.  (A Coton de Tulear for those who care.) 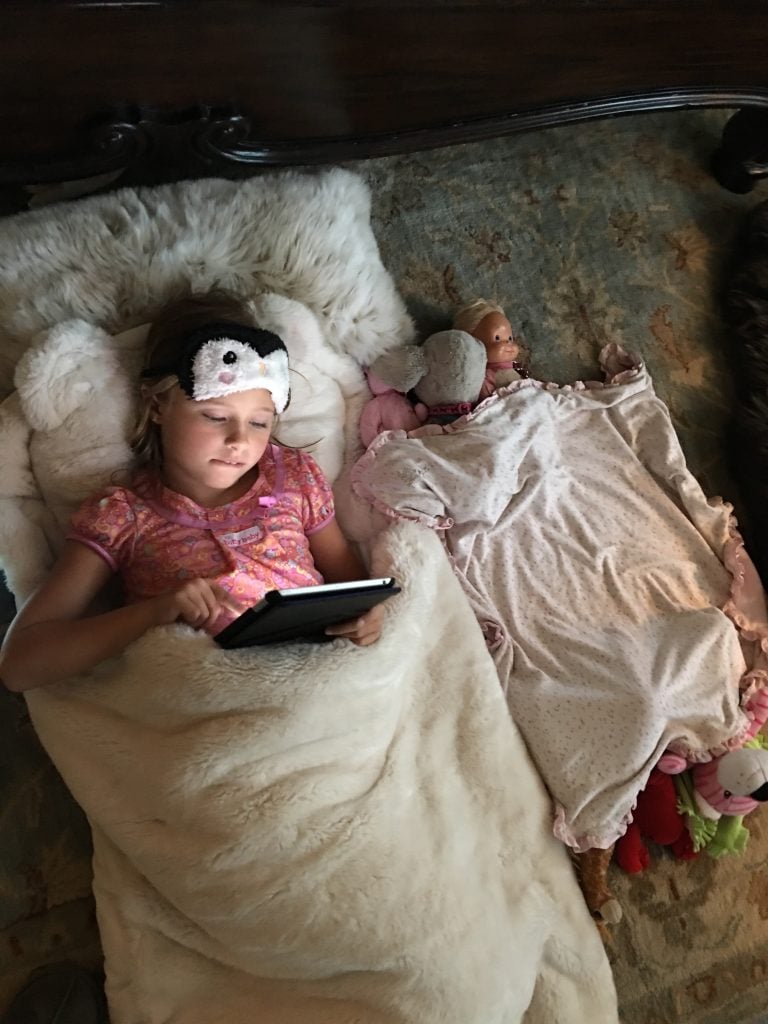 When you’re the only one without a problem…life is easy. 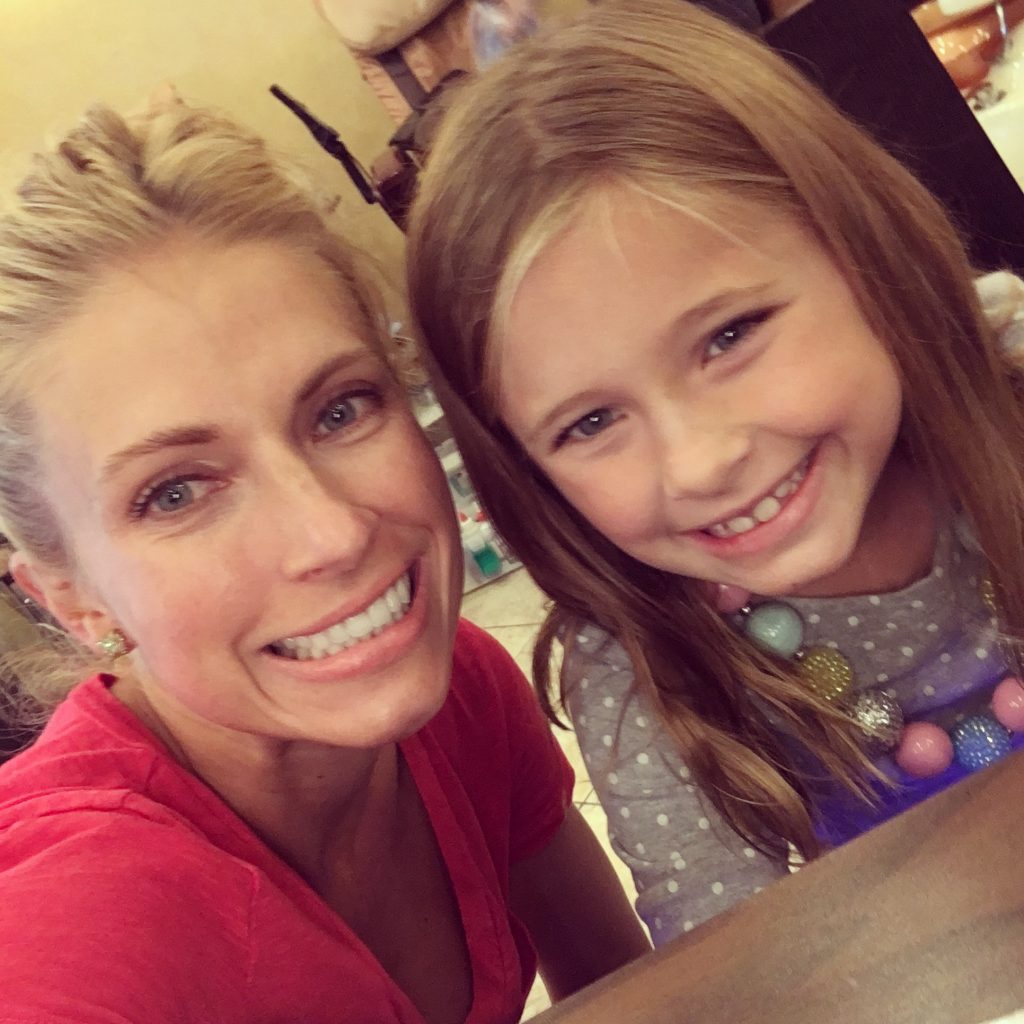 Speaking of the easy life…after caring for our two all day on Saturday, we took a little break late in the afternoon for a pedicure while dad watched them.  They were napping, everyone was nice and quiet, so Kensington and I treated ourselves to pretty toes. 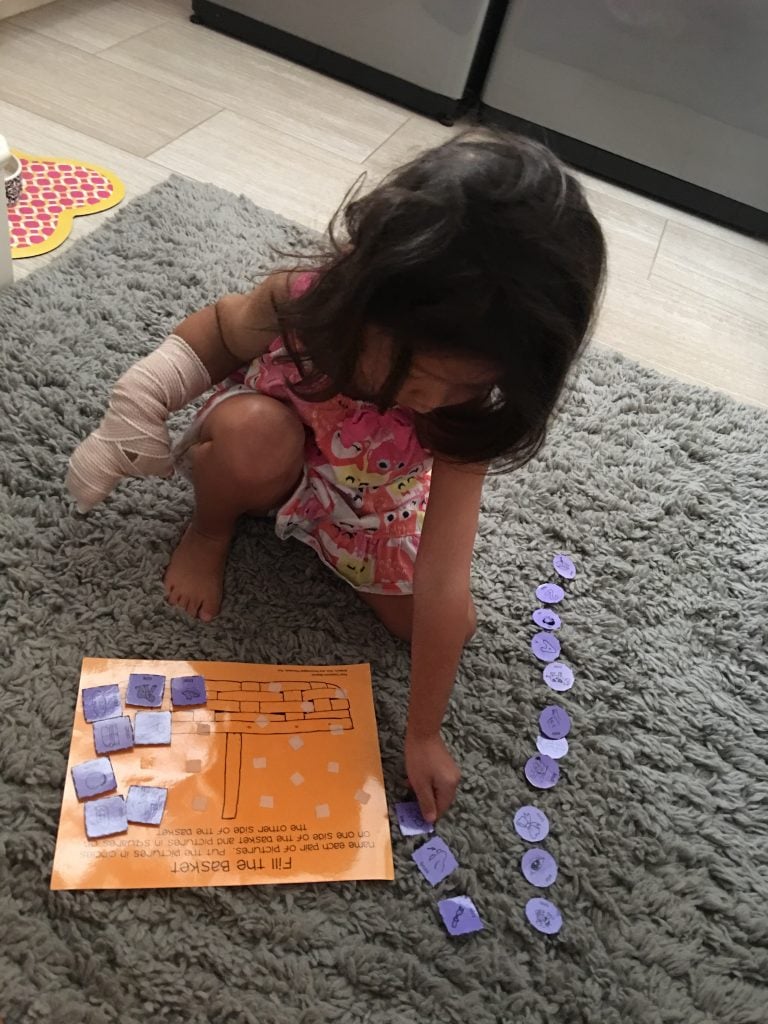 This pic was on Sunday…speech therapy doesn’t stop just because you can only use one hand ;).  She LOVES speech therapy games!  Love, love, loves them! 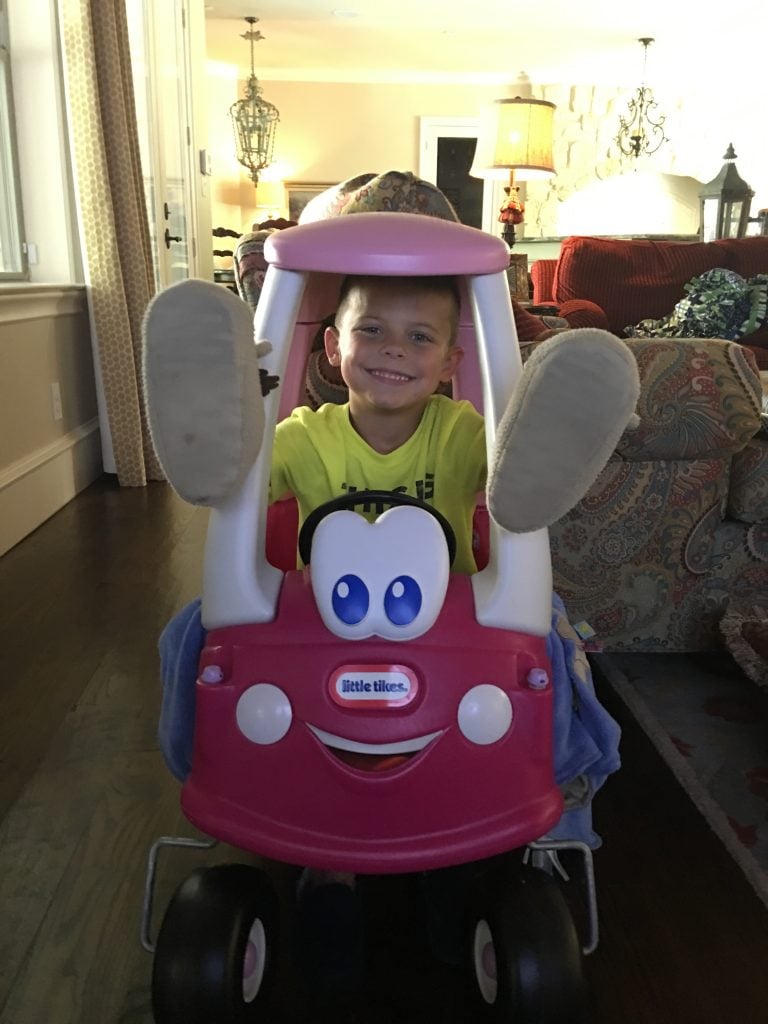 And this was Smith on Sunday afternoon…in Ashby’s car, watching a movie, wearing house shoes on both his hands and feet.  He’s doing GREAT!

Whew!  So, that’s what we’ve been up to.  Again, thank you so much for the prayers, emails, comments and messages of encouragement.  Words simply cannot express how much they mean to me.  And to my lovely girlfriends who brought us stuff, texted us, called us, provided milkshakes, books, movies and loads of laughs…thank you.