I have some pics from my trip to Boston earlier this week with my dad.

So far this year, I’ve been to Boston three times…all for just 24 hours.  First, Ashby and I went up in March so that she could have a consultation with their children’s hospital, then in May, I went for a game and then on Monday, we went to our first Red Sox playoff game!  Next time, I want to go and like stay a month.  One day is just a tease 🙂 . #iloveyouBoston 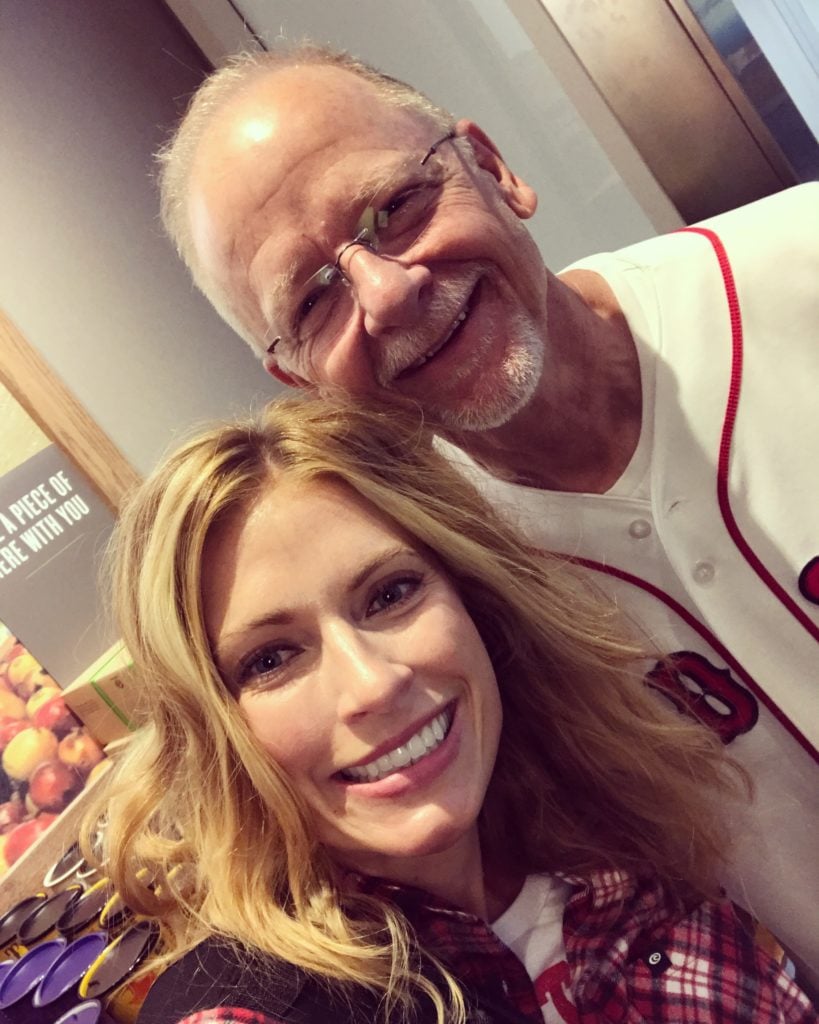 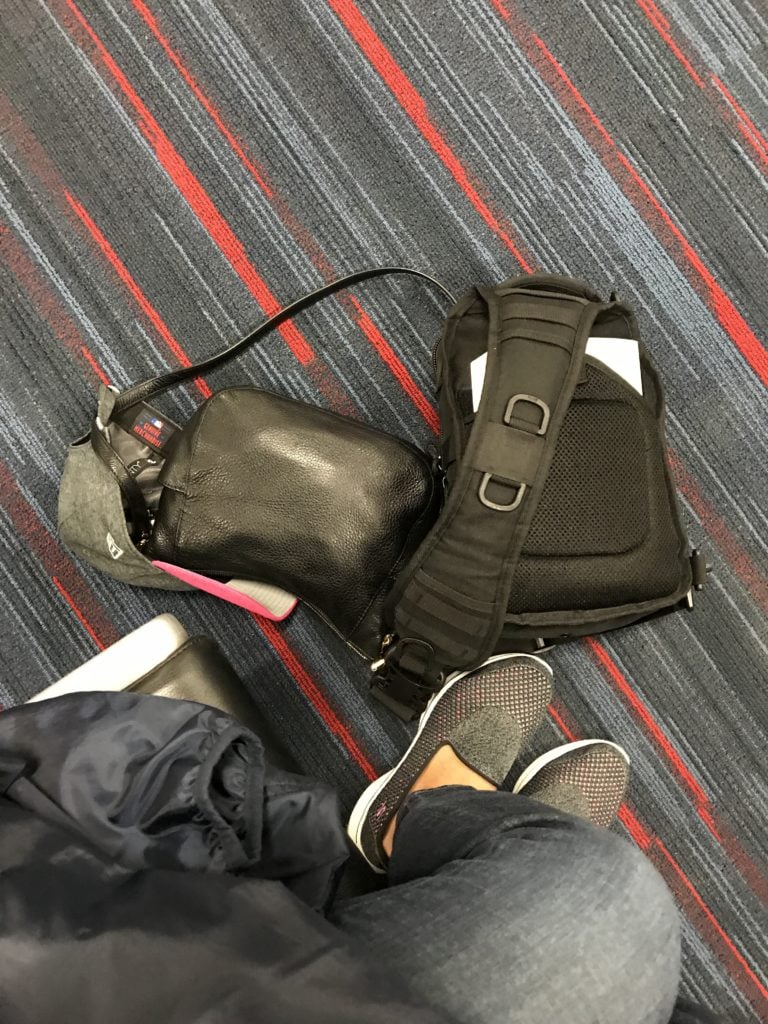 Please note, my airport attire and carry on situation was all sorts of different.  The Sox had to win on Sunday in order to play on Monday and then the Yankees had to win or lose to determine what time we would play (if the Yankees won, we played during the day, if they lost, we played at night), so trying to figure out how to fly to Boston was TRICKY!  We couldn’t fly up on Sunday because if they lost that day…we wouldn’t have a game to go to on Monday.  So, our best bet was to fly early, early Monday morning and then head straight to the game (because the Yankees won, so our game started at 1:08).  That meant, I had to take all of my stuff to the game…and of course, Fenway Park has rules on what size bags you can bring inside…so, I settled on borrowing Andrew’s small crossbody bag plus my crossbody purse.  The result?  My pajamas attended their first Red Sox game too 🙂 . 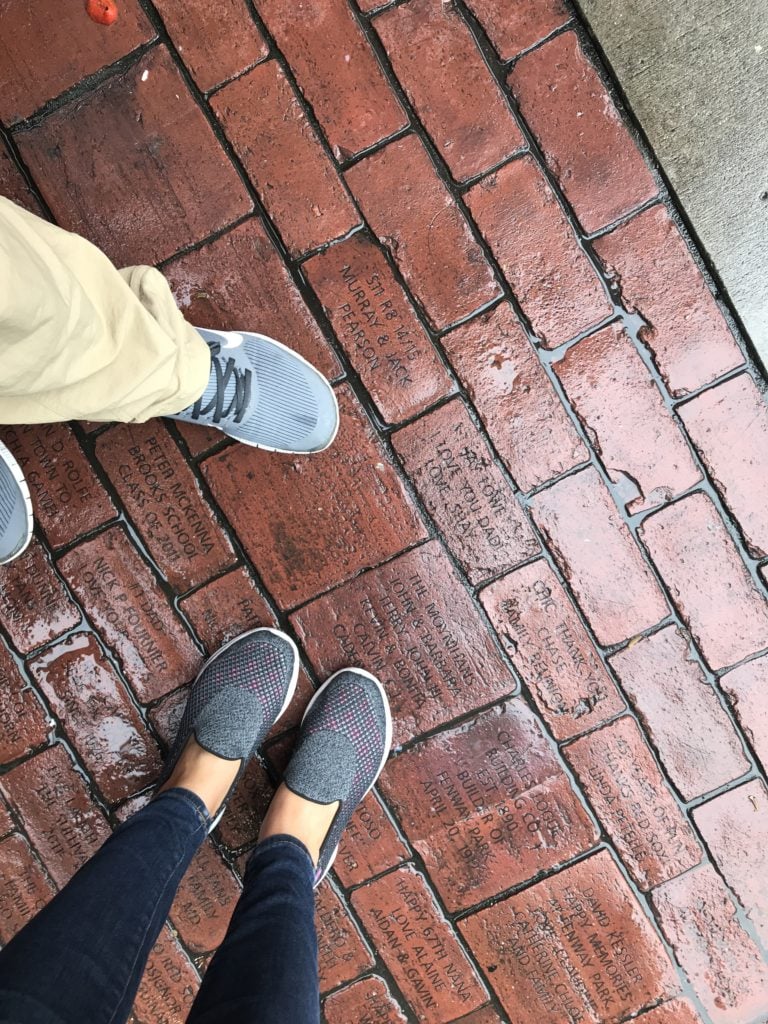 We landed at 11:30 and headed straight to Fenway Park.  We were inside the park by noon and just happened to go in the gate that’s right by our brick 🙂 . 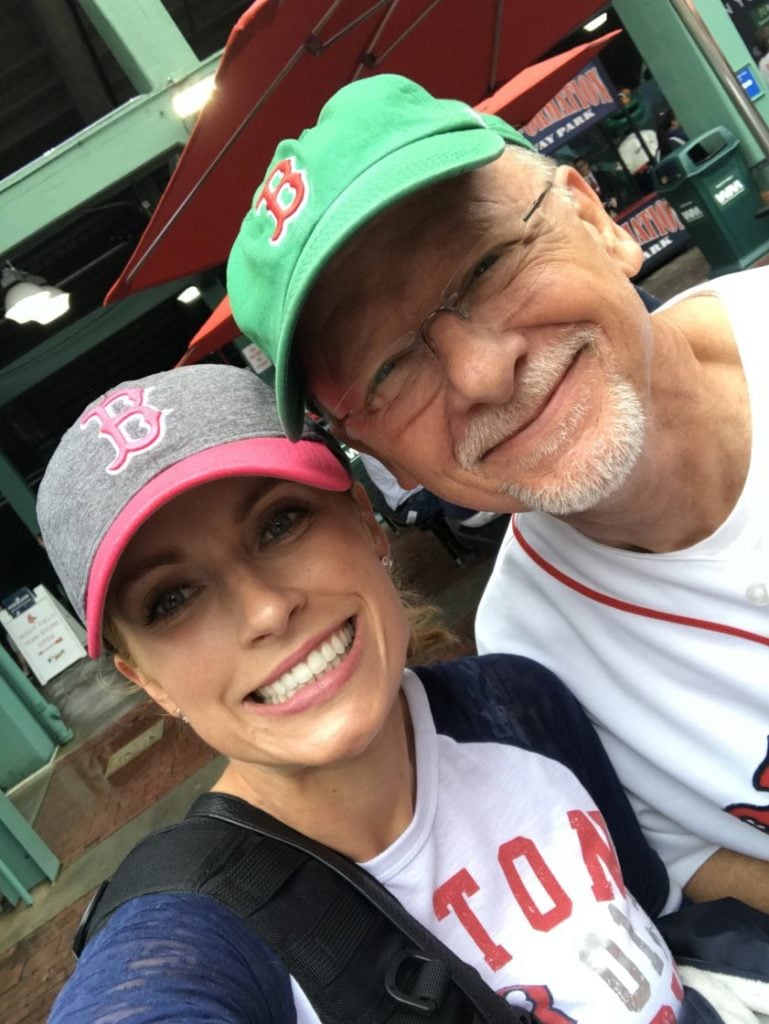 We were so pumped to be there!!! 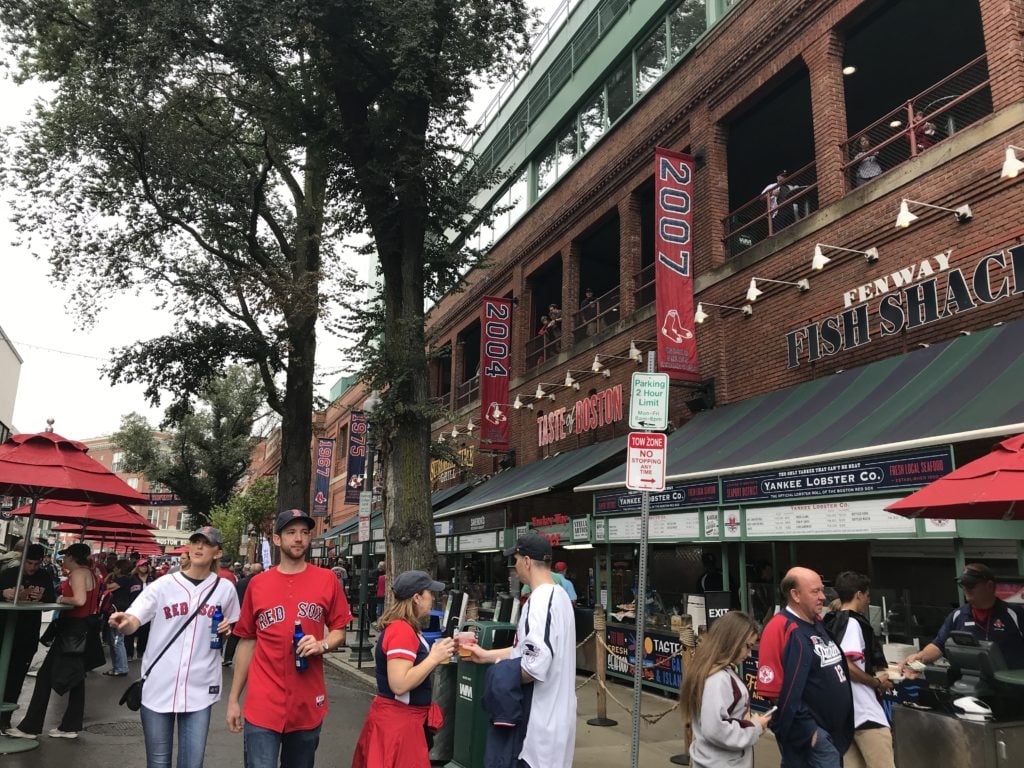 The excitement inside Fenway Park was more than I’ve ever seen.  Even though we didn’t win the game, the buzz was amazing!  Everyone was in high spirits and having so much fun! 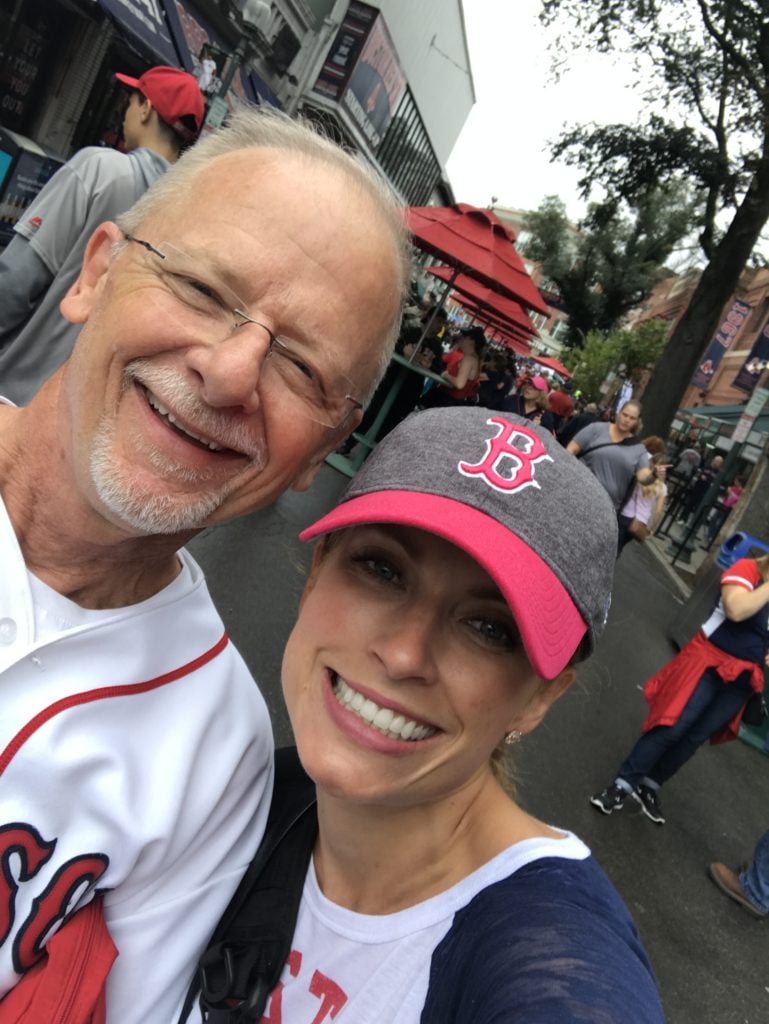 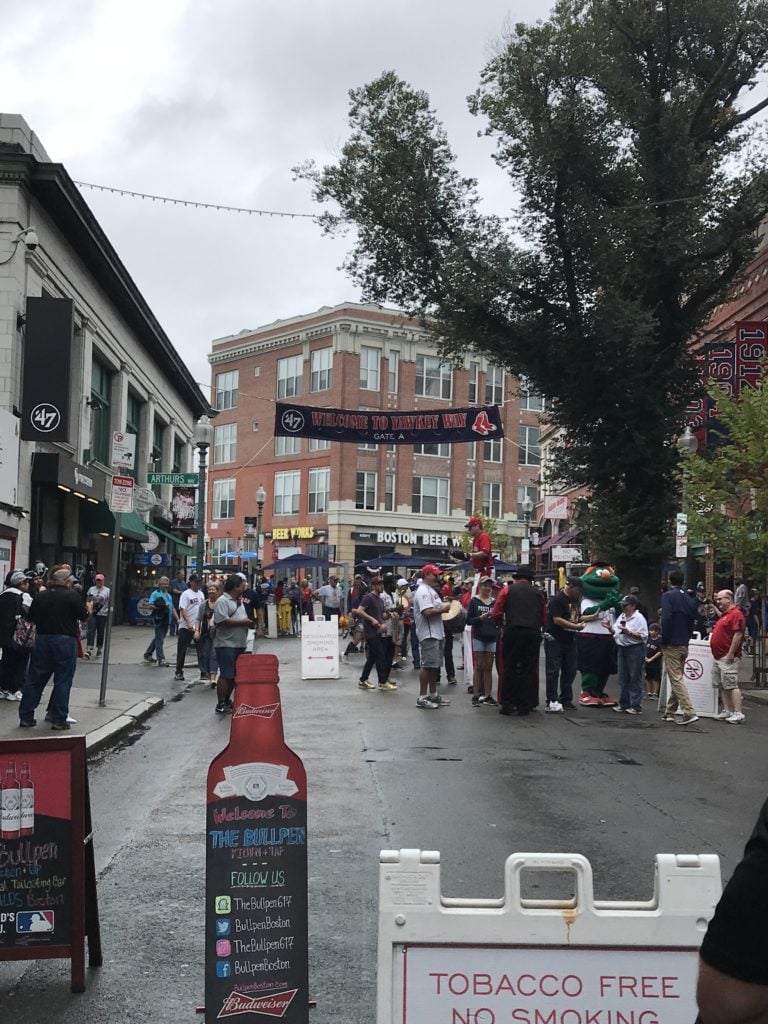 A little rain on Yawkey Way didn’t stop us from having fun! 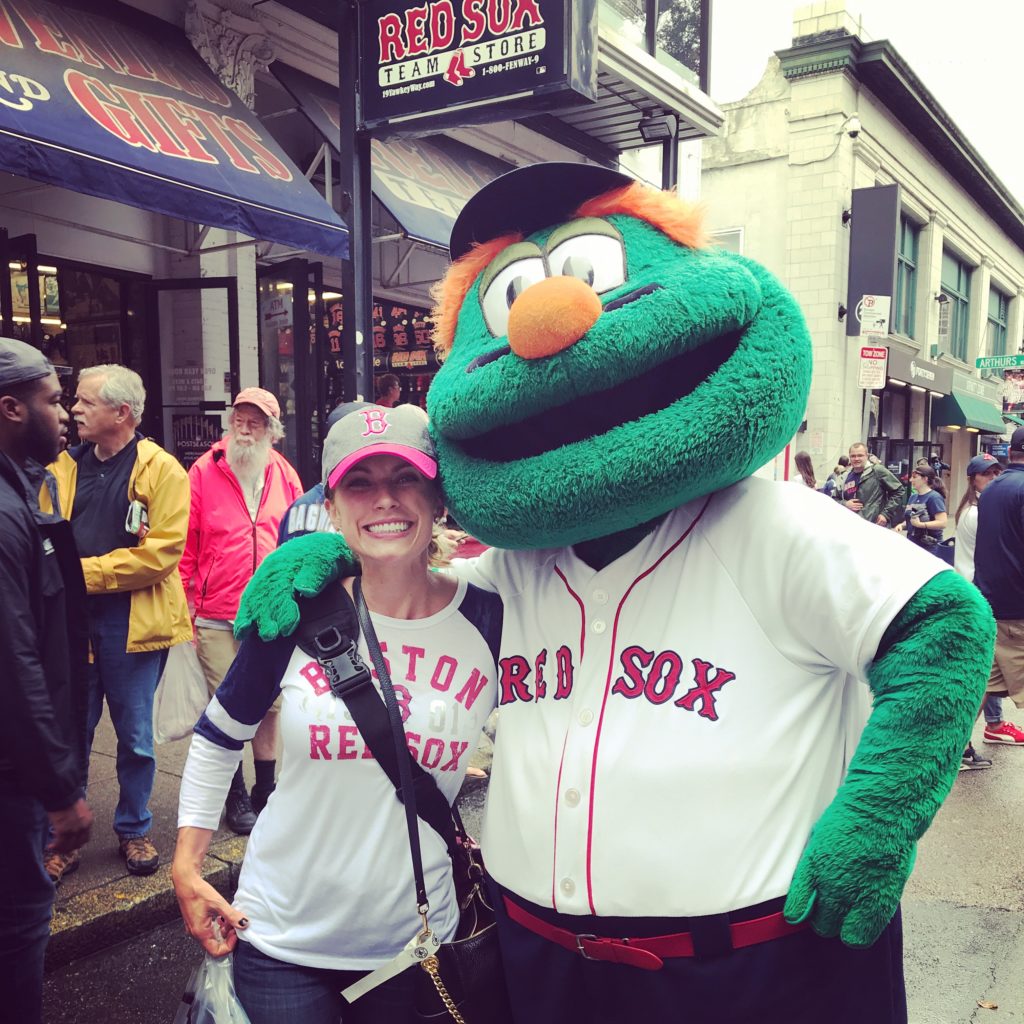 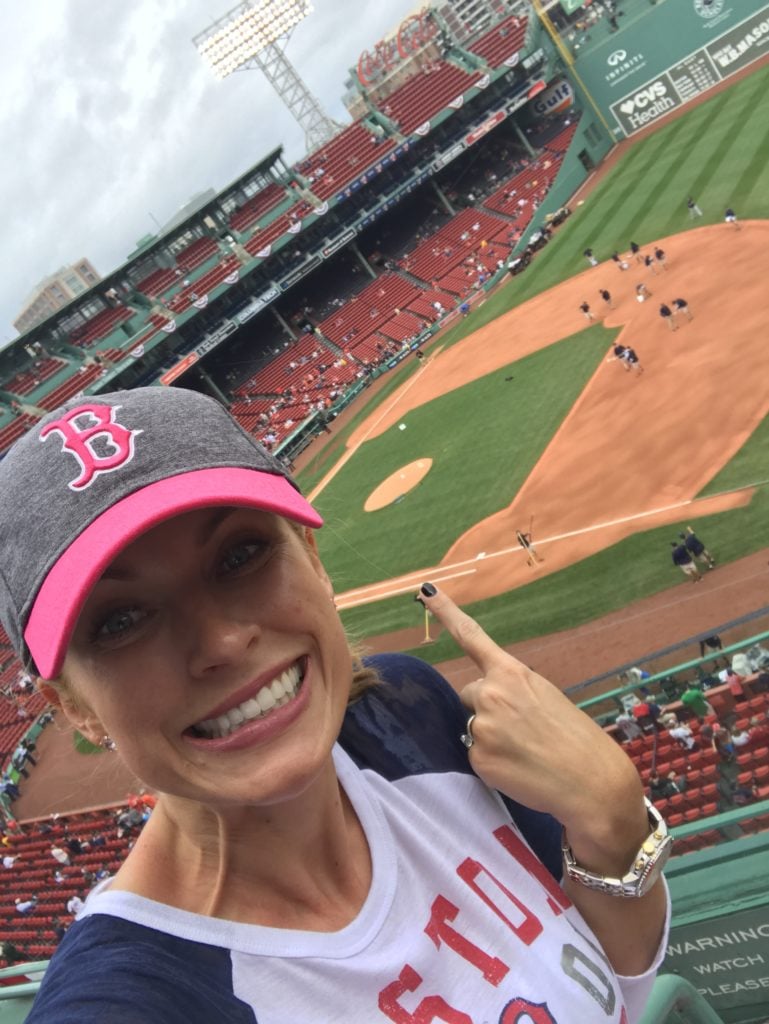 We bought our tickets on Stub Hub and were just pumped to be in the park, so we were really thrilled to see that our tickets were pretty good.  Look at the view from my seat! 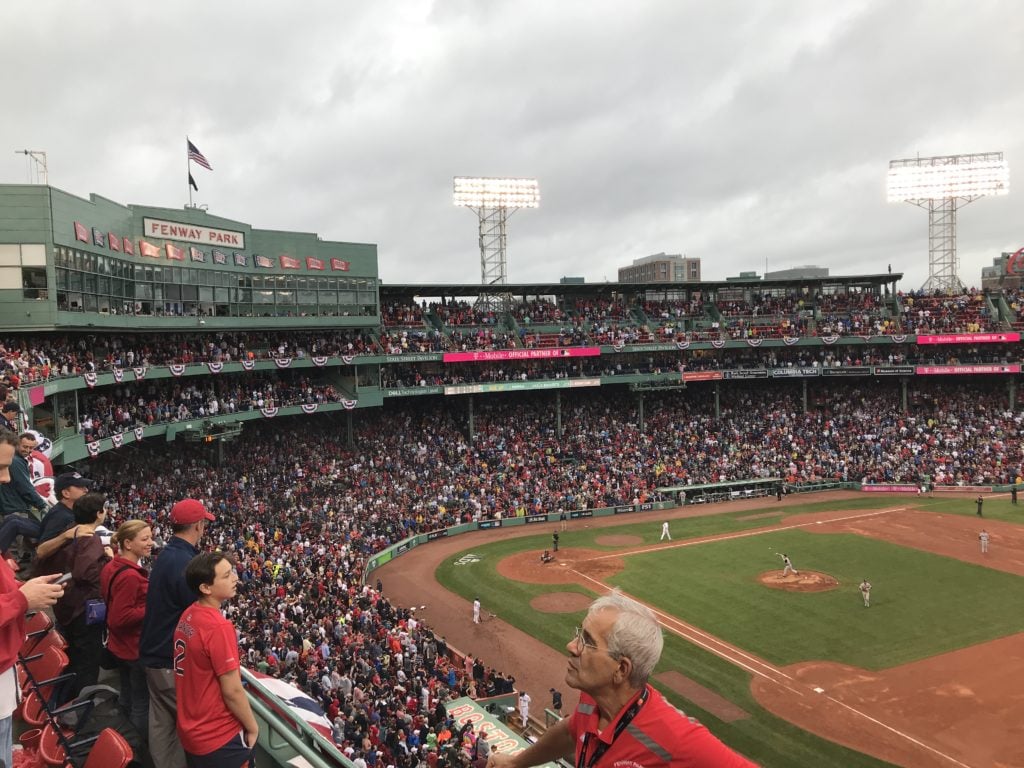 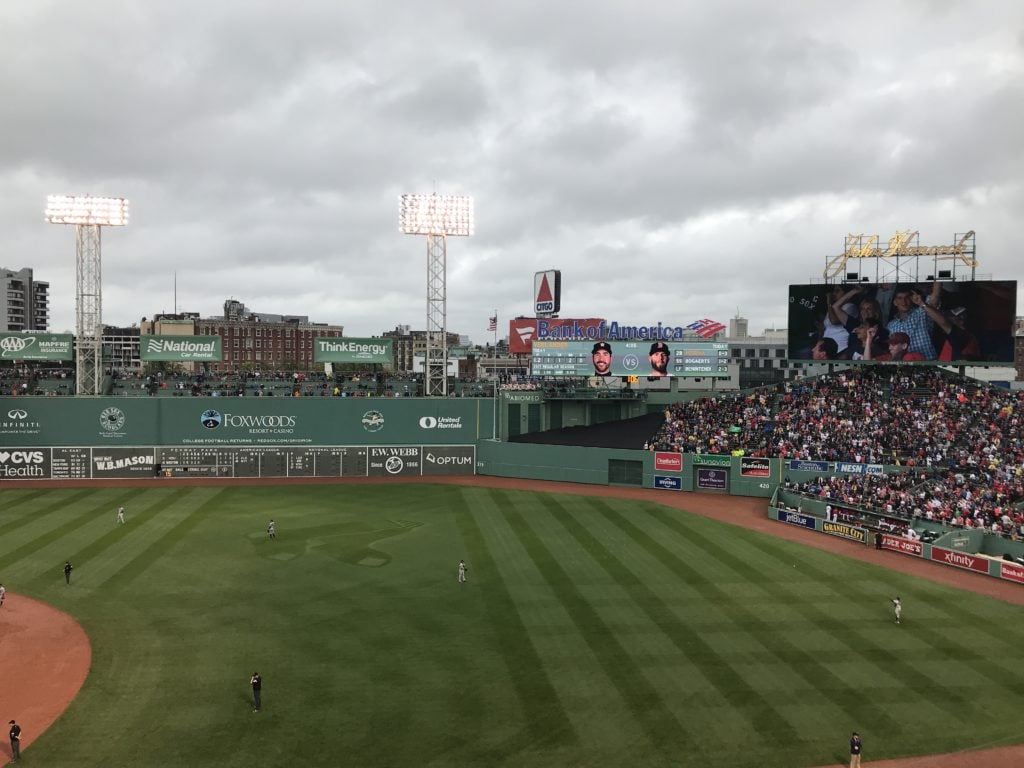 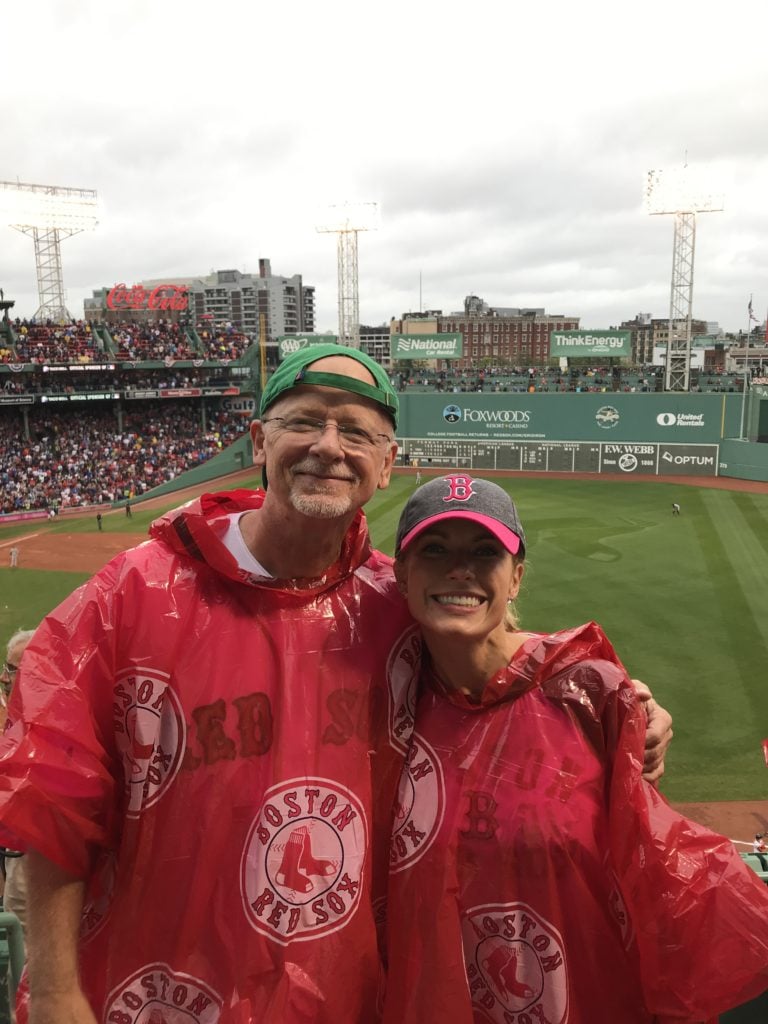 It rained on us during the entire game…and we lost right at the very end.  But you know what?  It was my favorite game at Fenway to date.  It was such a special day with my dad, the stadium was on fire with energy and it was really neat to be a part of the last game of the season.  I love my Red Sox.  I always miss them during the off season, but I have great memories to take me through to next year.