On Friday, we celebrated Kensington’s 9th birthday with a Trolls Swim Party.
I’m pretty sure I mentioned this last year…but back in the day, I loved planning out my kids’ birthday parties.  I loved coming up with the themes and painstakingly searching Pinterest for ideas, and I always cringed at the thought of them growing old enough to have an opinion about their parties (any other mamas out there like this????)…but then they did and it happened and you know what?  IT IS GLORIOUS!  They say things like “I want a Trolls Swim Party” and you go BAM.  Easy.  Done.  It really is soooooooo nice to give up control of things like this 😉 .
So, that’s what Kensington said she wanted.  With a bounce house.  Sounds like fun to me!  We invited over her friends for an after school party, served pizza and cupcakes and it was as easy as that.  She told me it was her favorite party ever (and I never once searched Pinterest 😉 ).
Here are some pics from the whole day.  I still can’t believer our girl is NINE!
A few years ago, she asked if we could do a scavenger hunt the morning of her birthday to locate her presents.  And that tradition has stuck!  None of the other kids want one, but we all think it’s fun to participate in Kensington’s.  I put Andrew in charge of the clues… 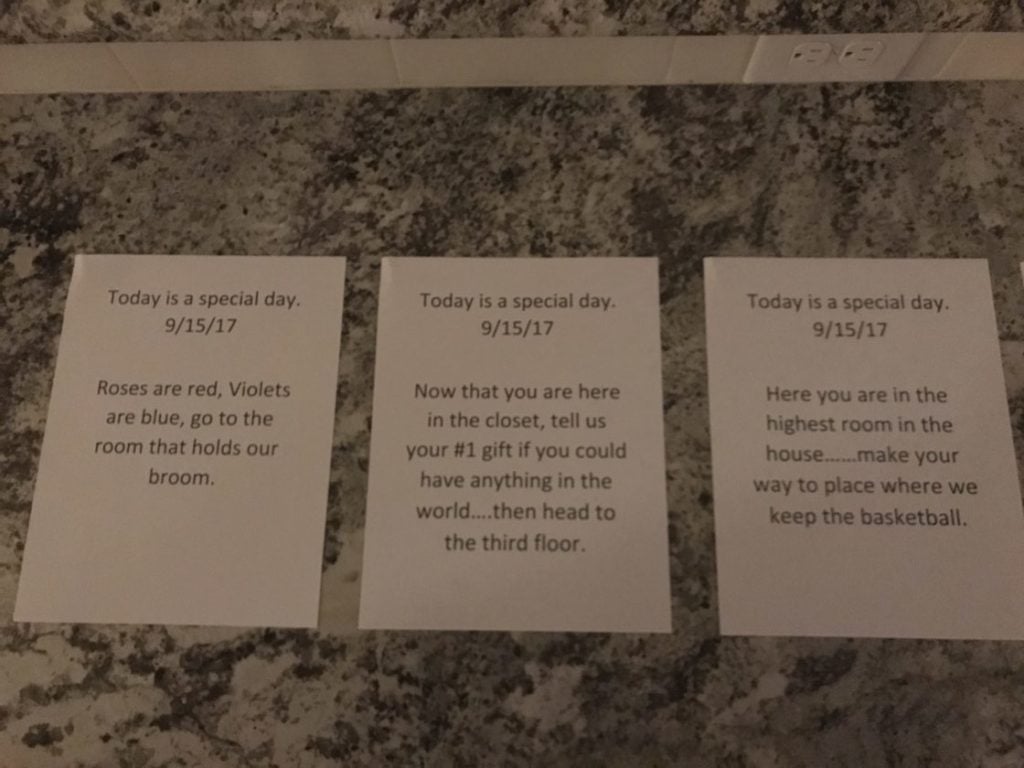 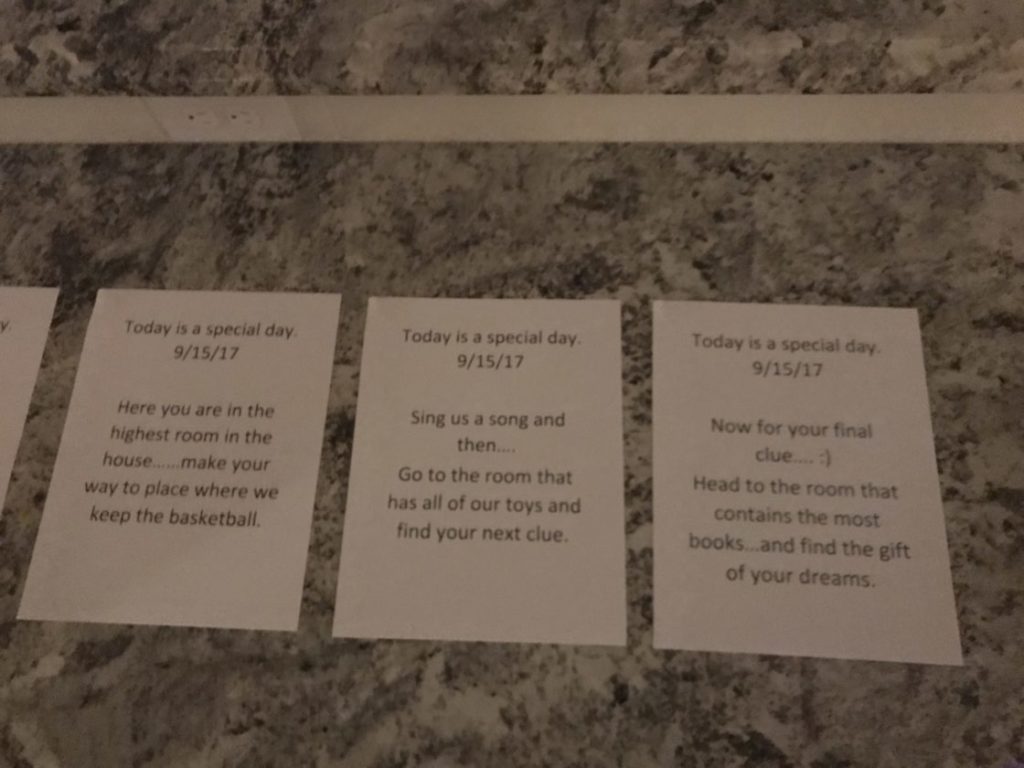 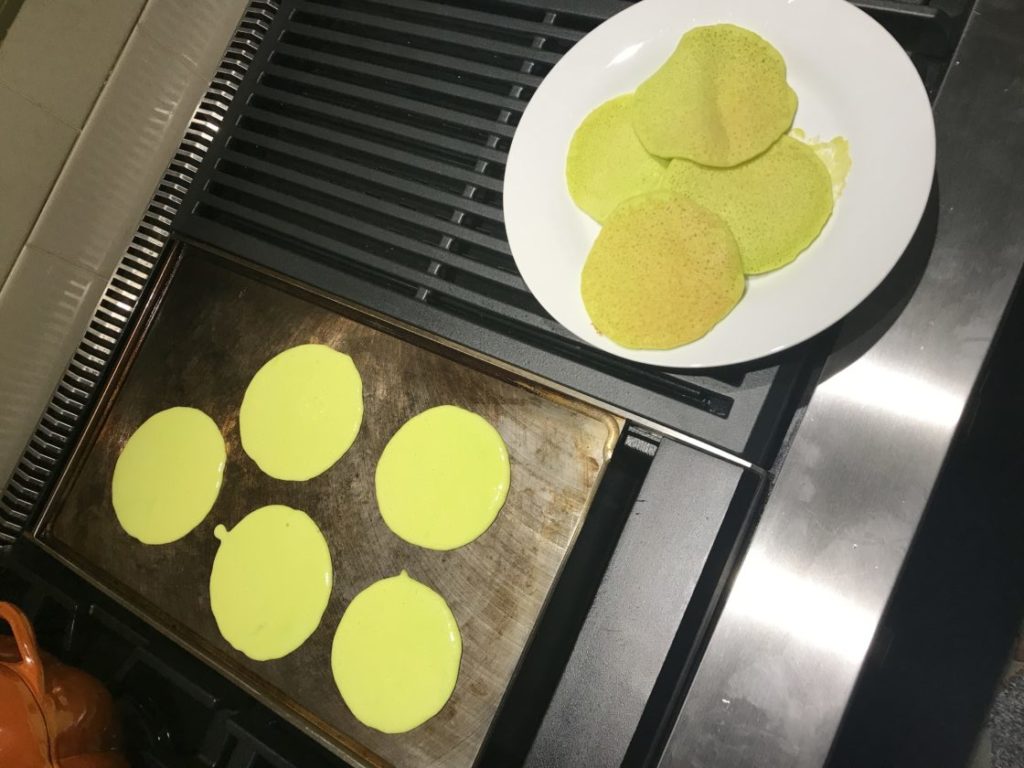 Kensington had requested green pancakes for breakfast.  So, before we woke everyone up, I whipped them up.  (I bought lime green food coloring to make them more fun!) 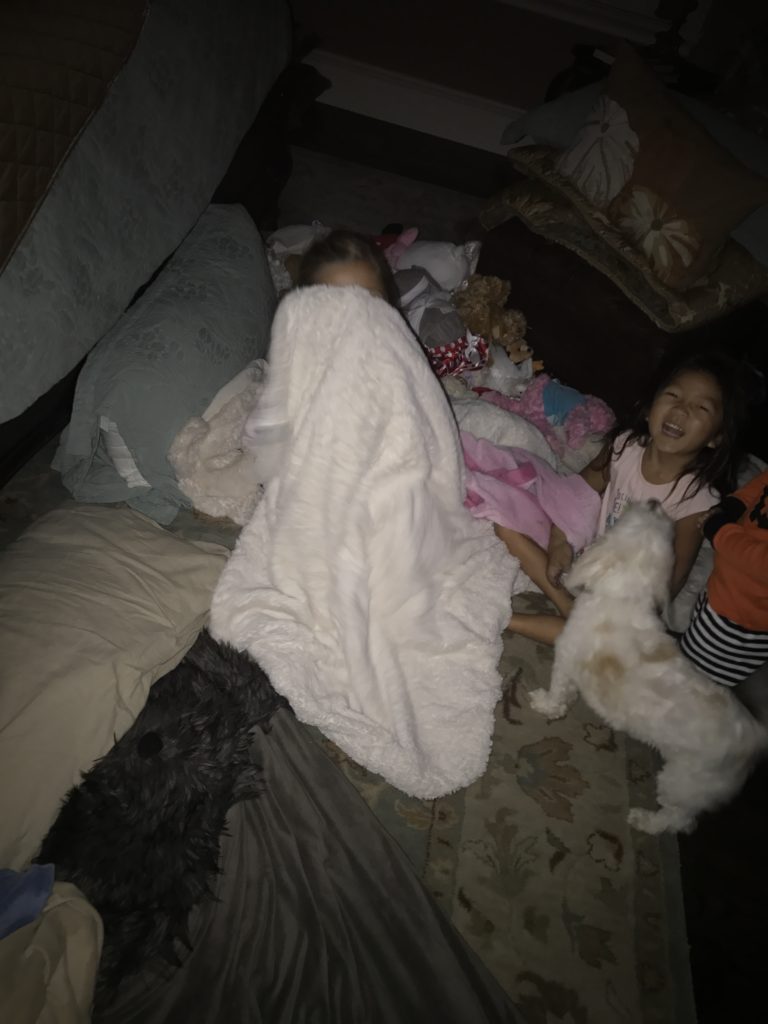 The night before, they all slept in their sleeping bags in our room…because she said it would be more fun to wake up together. 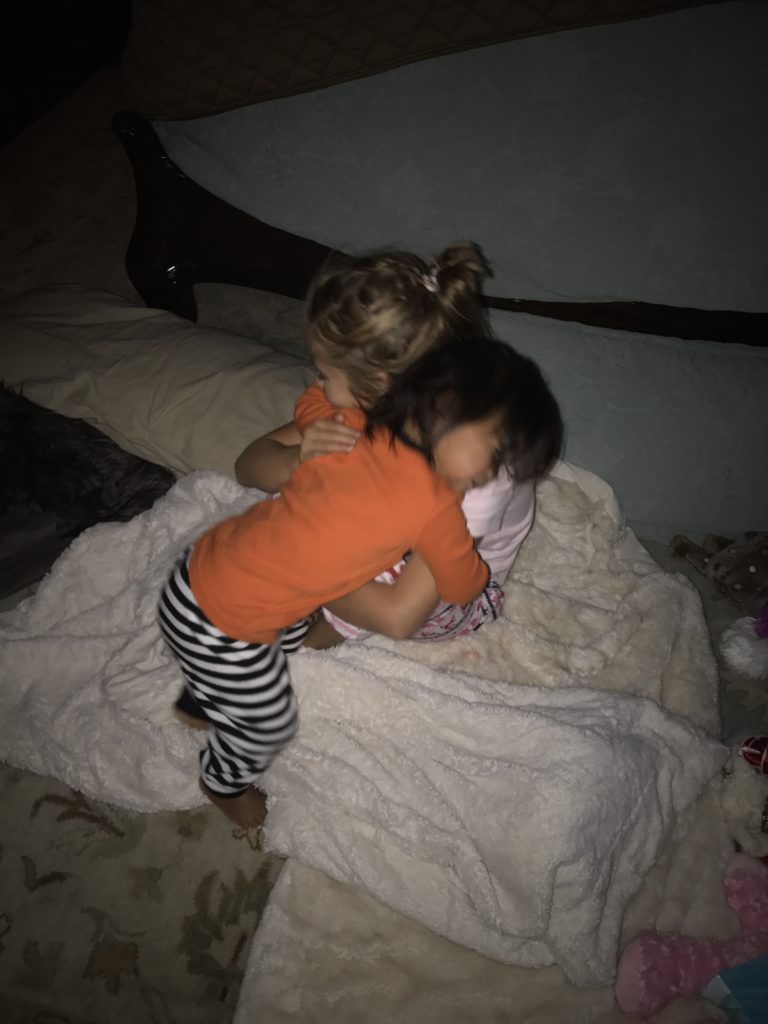 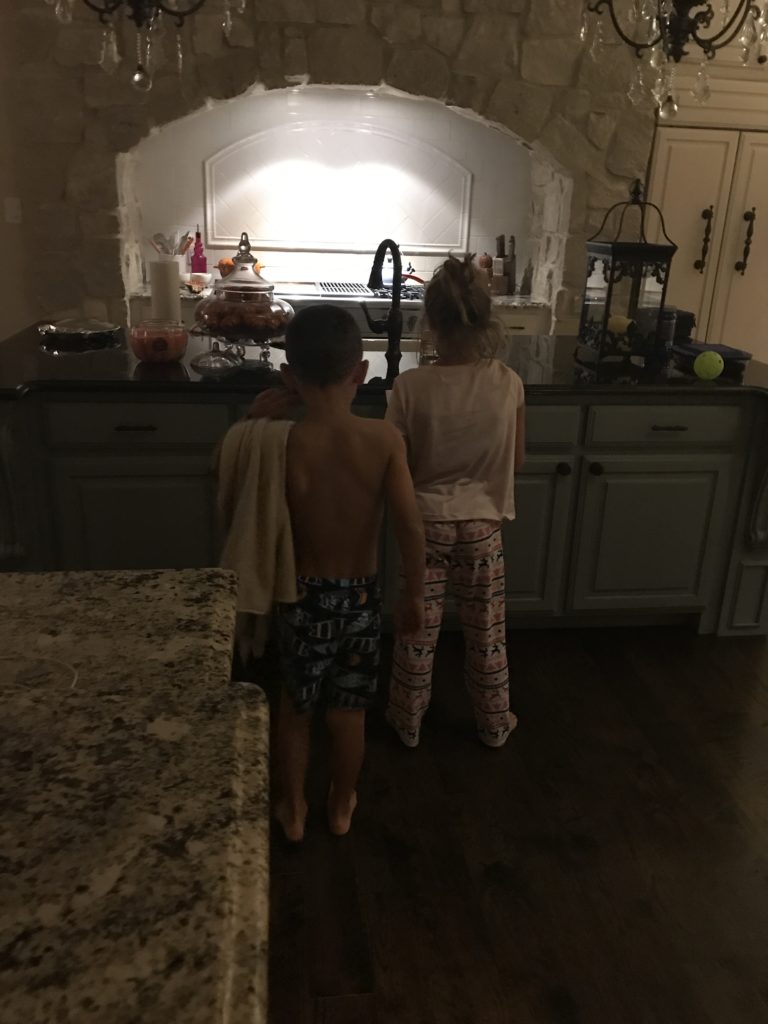 And off they go on the scavenger hunt! 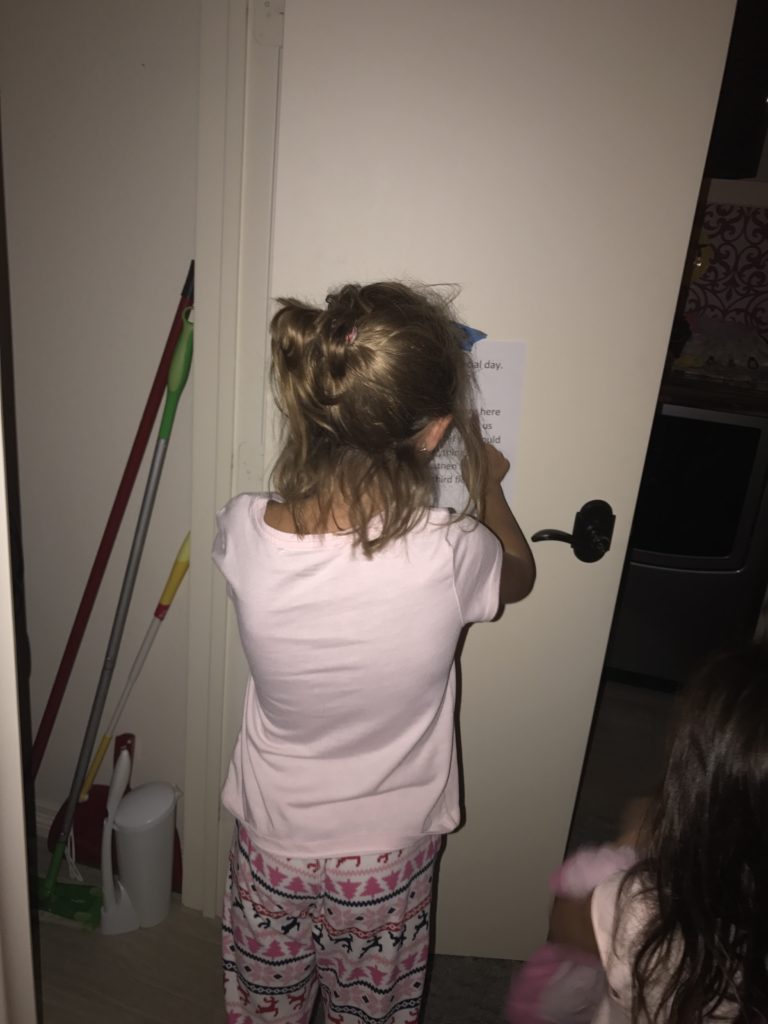 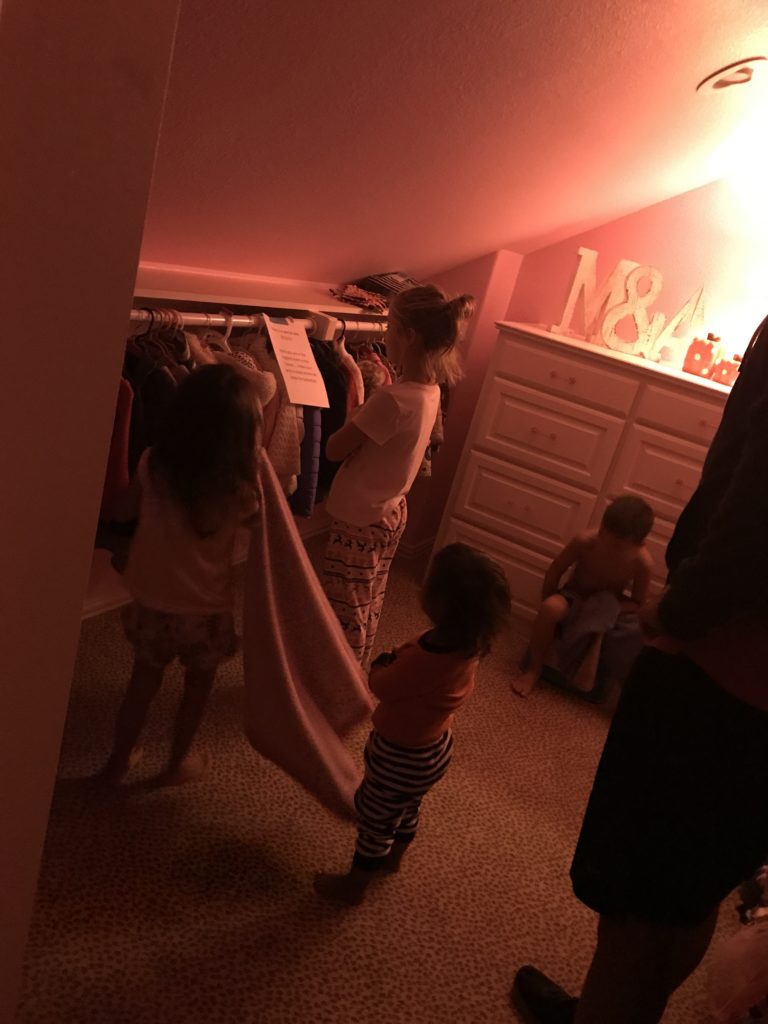 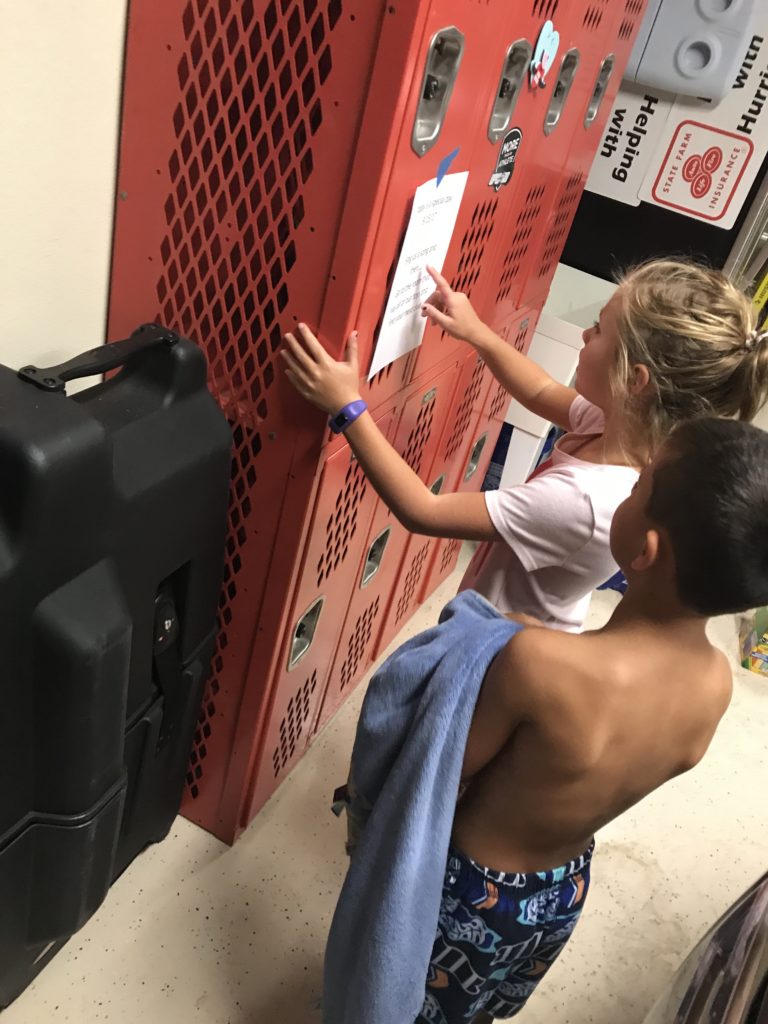 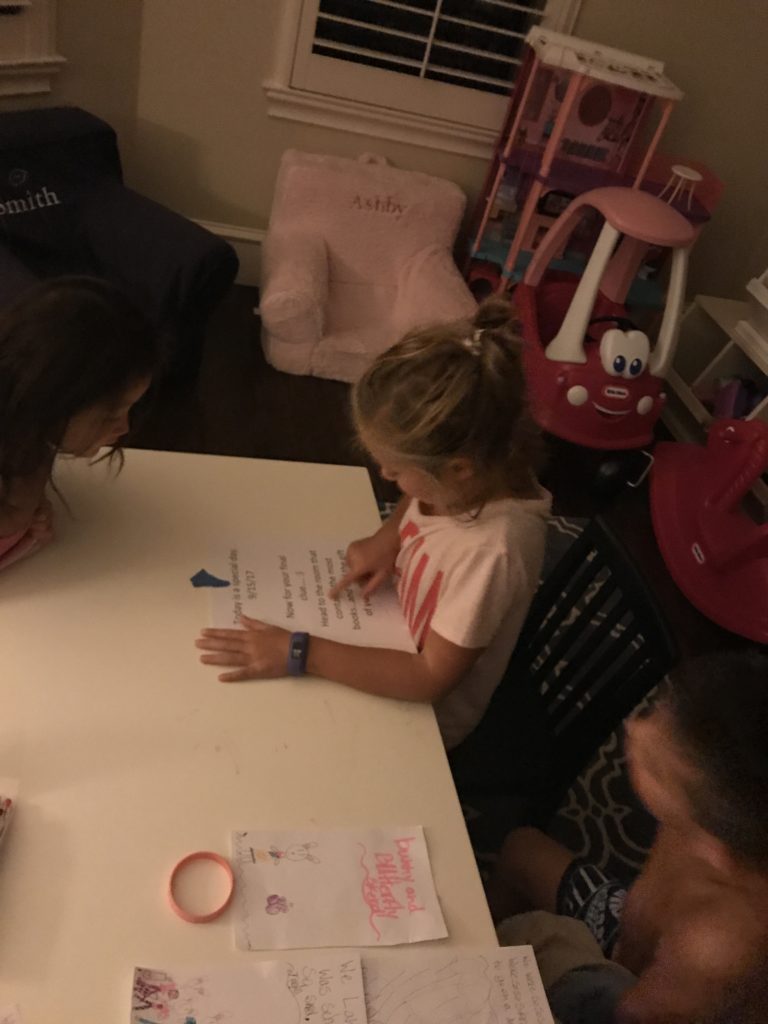 We found the gifts, we opened presents, we ate our pancakes and then we got ready for school… 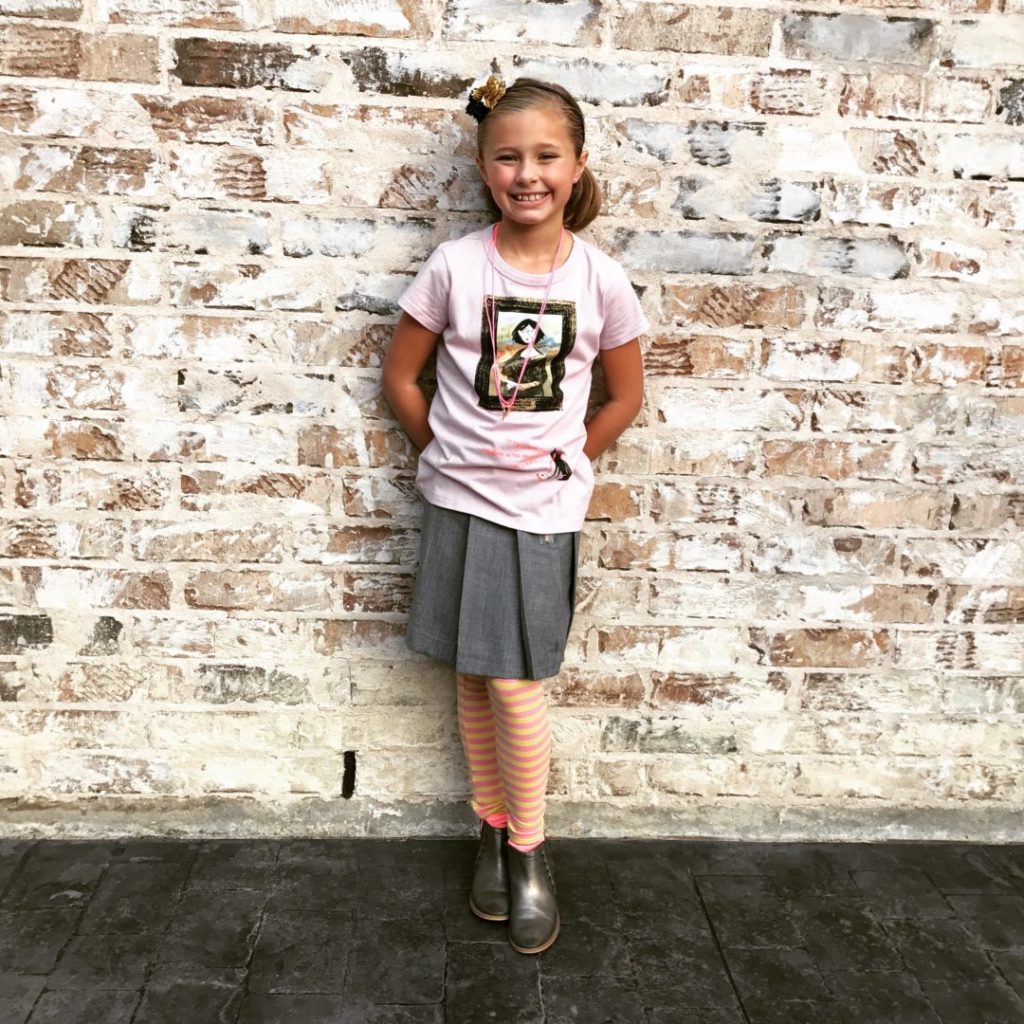 Nine.
Later that morning, we headed up to their school to have lunch with the birthday girl… 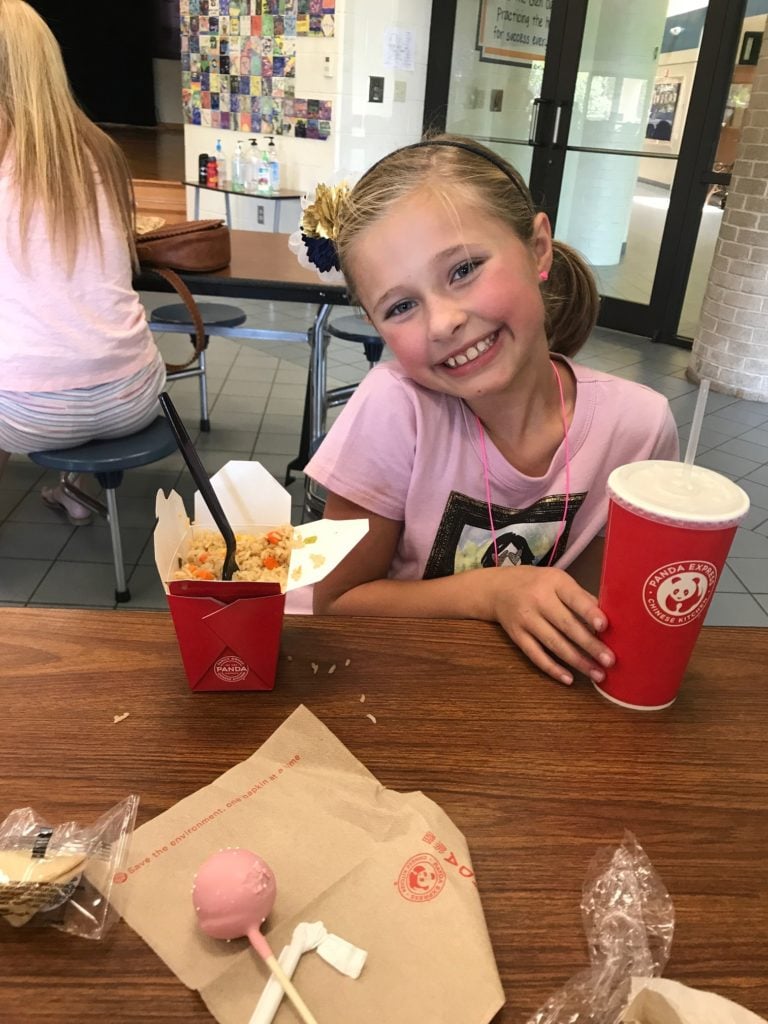 She had requested fried rice for her birthday and a cake pop.  Ha! 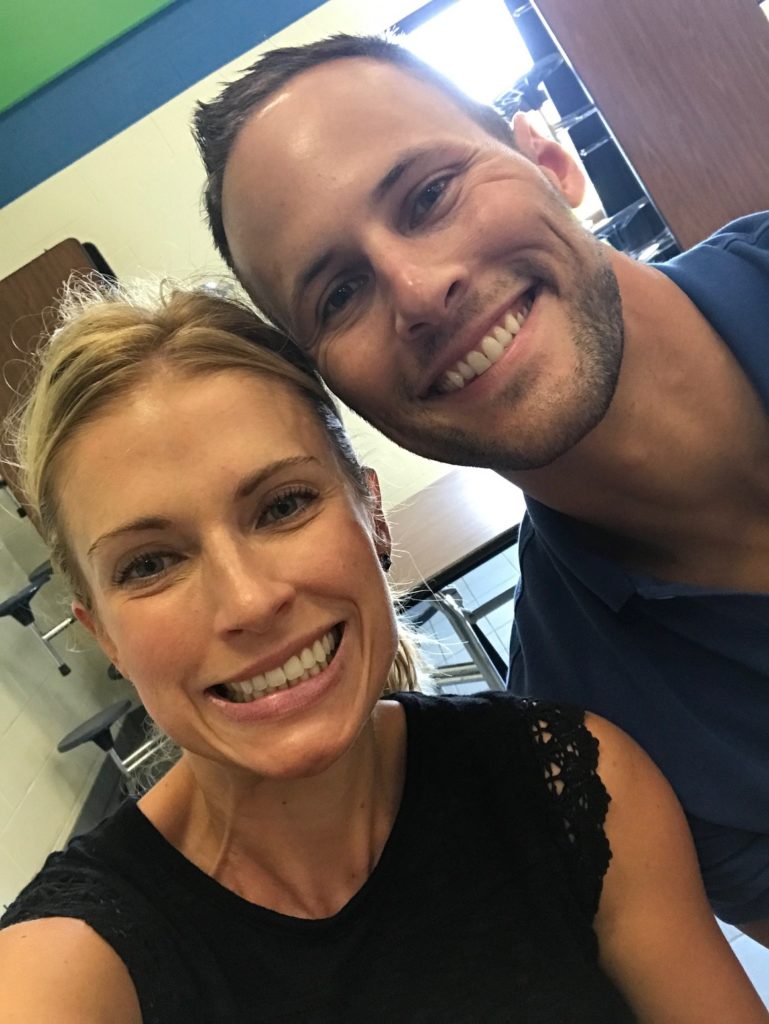 A lot has changed in the last 9 years.  Nine years ago from that moment, we were at the hospital and I had been in labor since the night before.  Our sweet baby (who we did not know the gender) was bound and determined not to come out (she would come at 2:34 PM via c-section…because if they wouldn’t have gone in after her, I swear she would still be there today 😉 ).  We had that one baby we had prayed and prayed for.  That one child that, in our hearts at that very moment, was enough and we thought that would probably be the one and only (because just getting that one seemed so hard).  Things sure can change in nine years.  How crazy cool is God?! 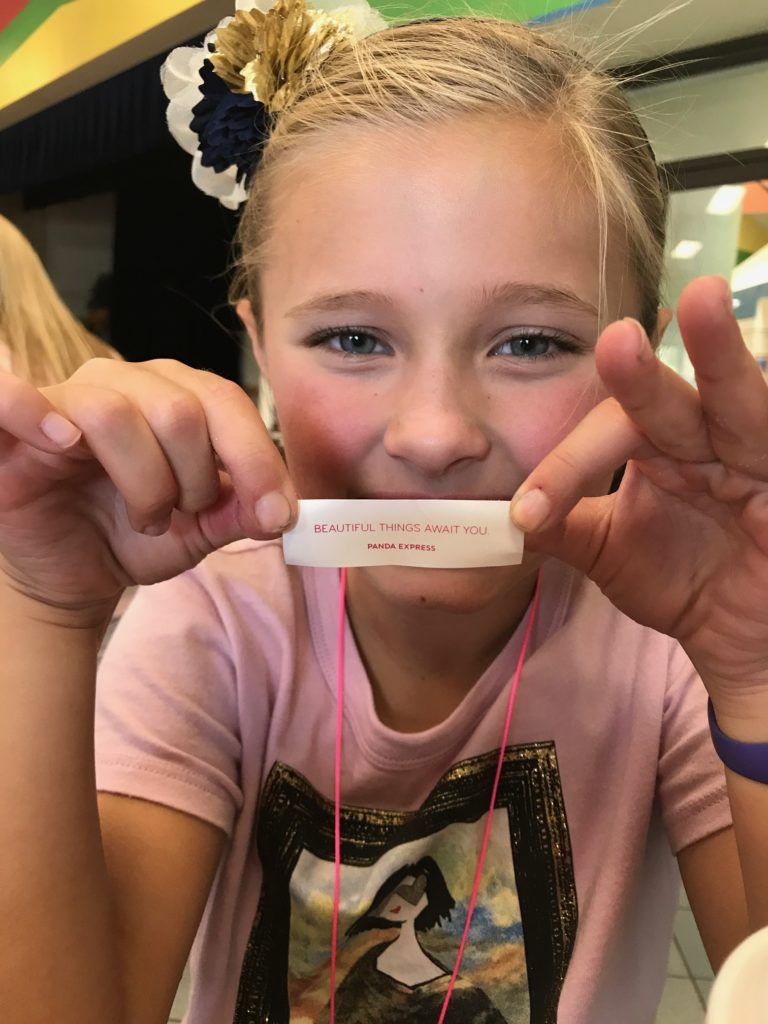 The perfect fortune to get on your birthday. 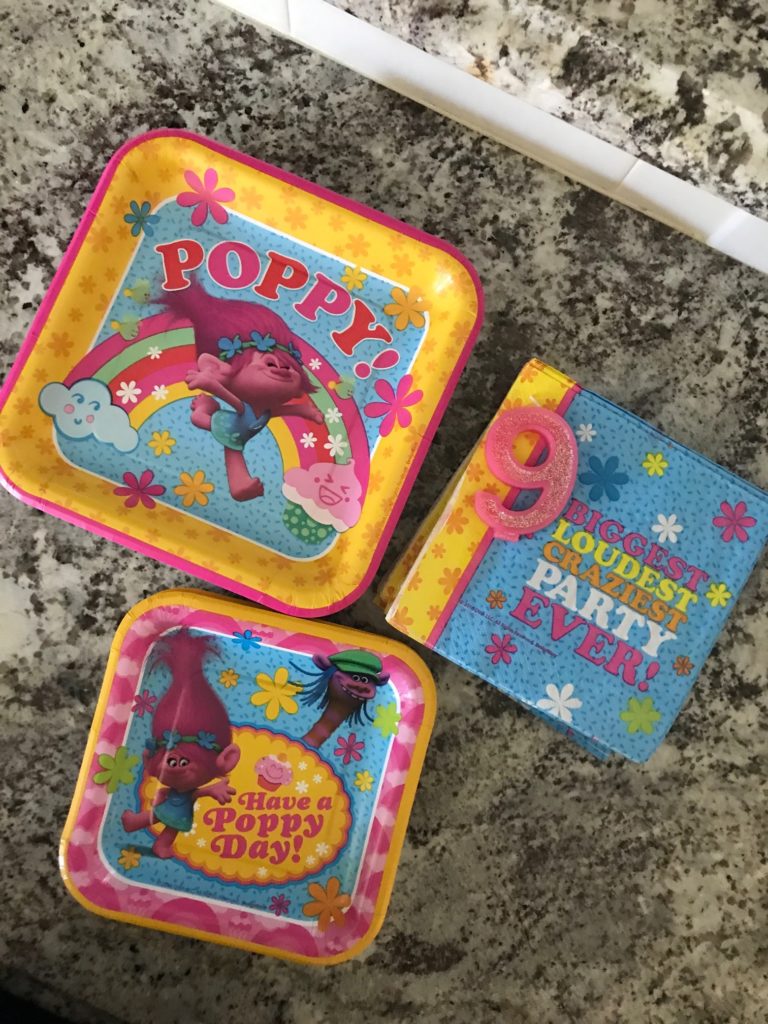 Meanwhile, that afternoon at home, I got ready for her party.  Thank you Amazon for having tons of Trolls stuff 🙂 . 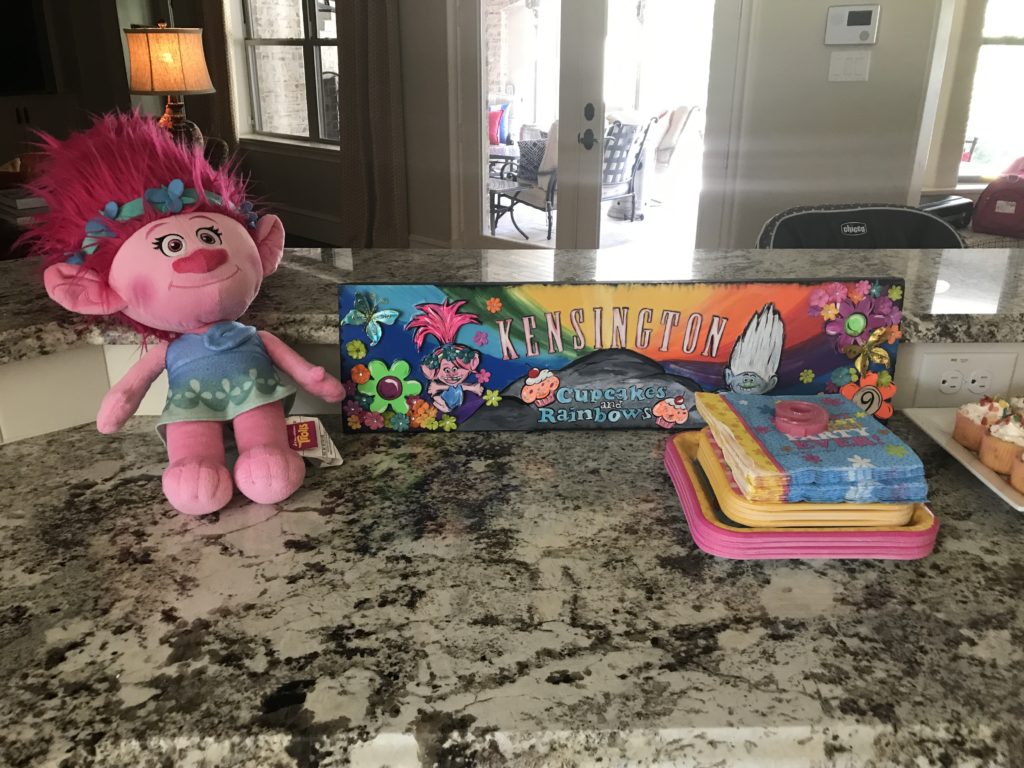 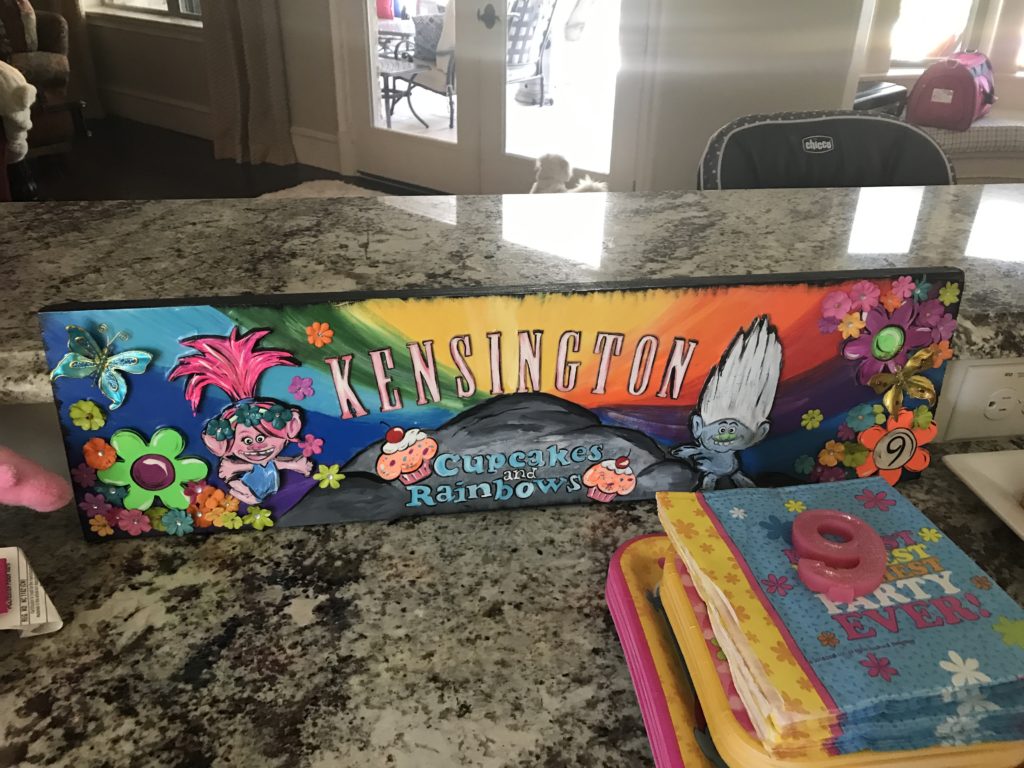 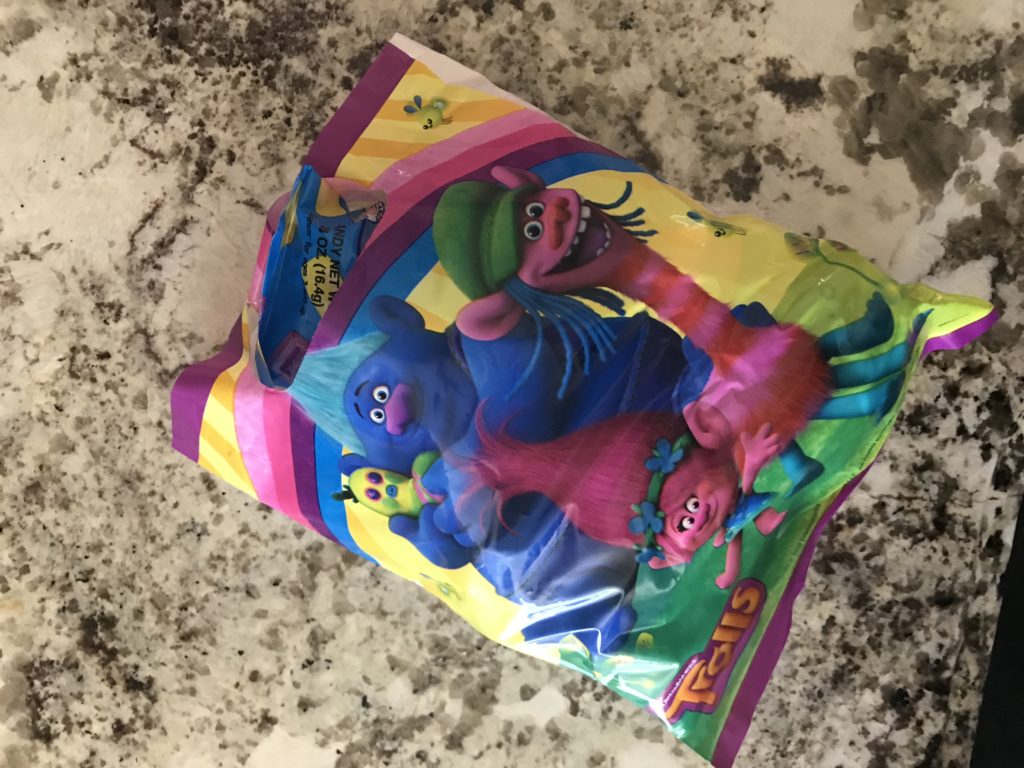 Earlier in the week, Kensington had put gift bags together with some fun stuff for her friends (pencils, silly glasses, etc). 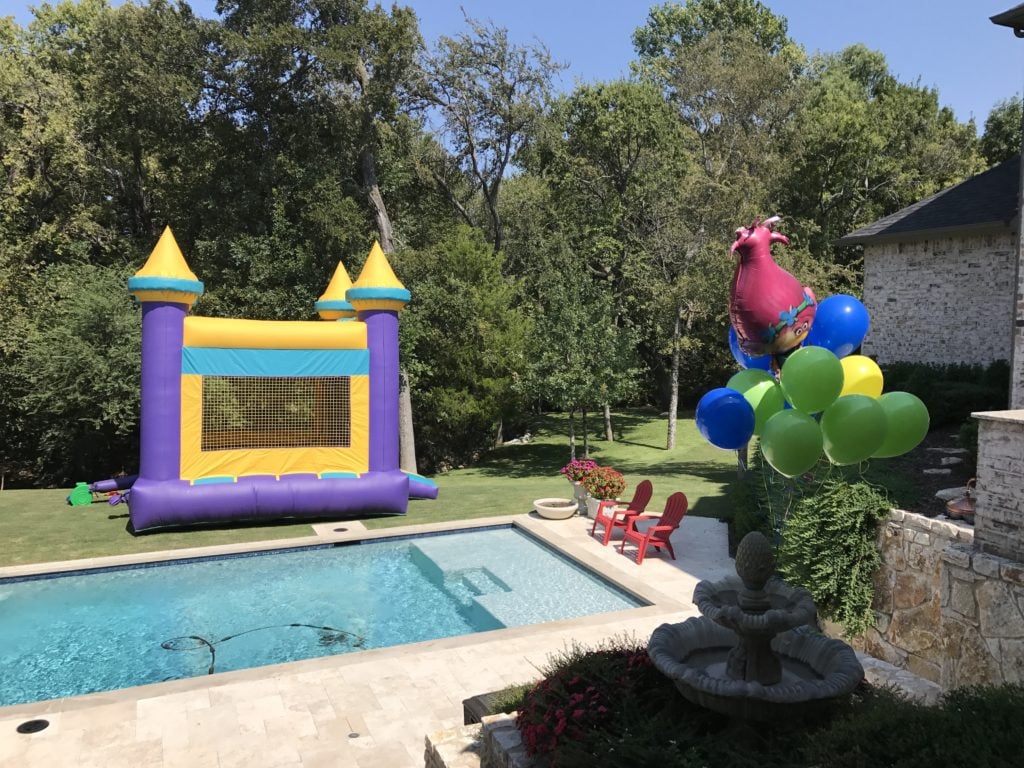 And then some very nice fireman who own a bounce house company, came to set up the bounce house.  This picture should be titled “the calm before the storm” 😉 . 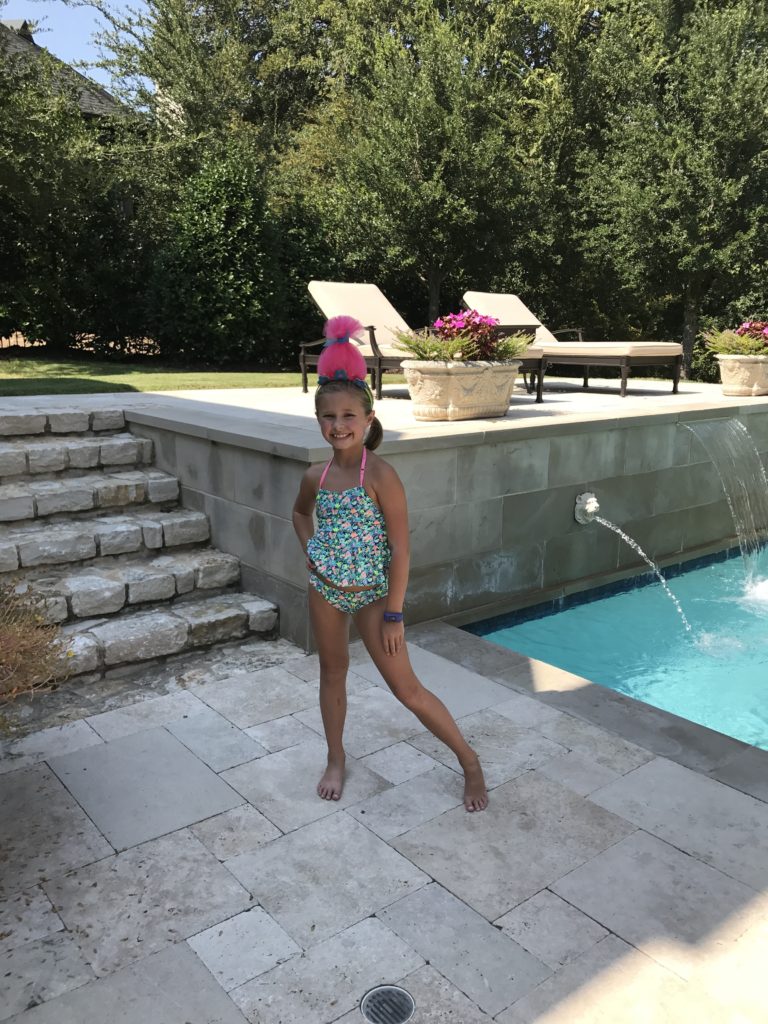 The party started right after school, so Kensington hurried home and got ready.  I found her this Trolls headband off of Etsy.  Isn’t it cute?! 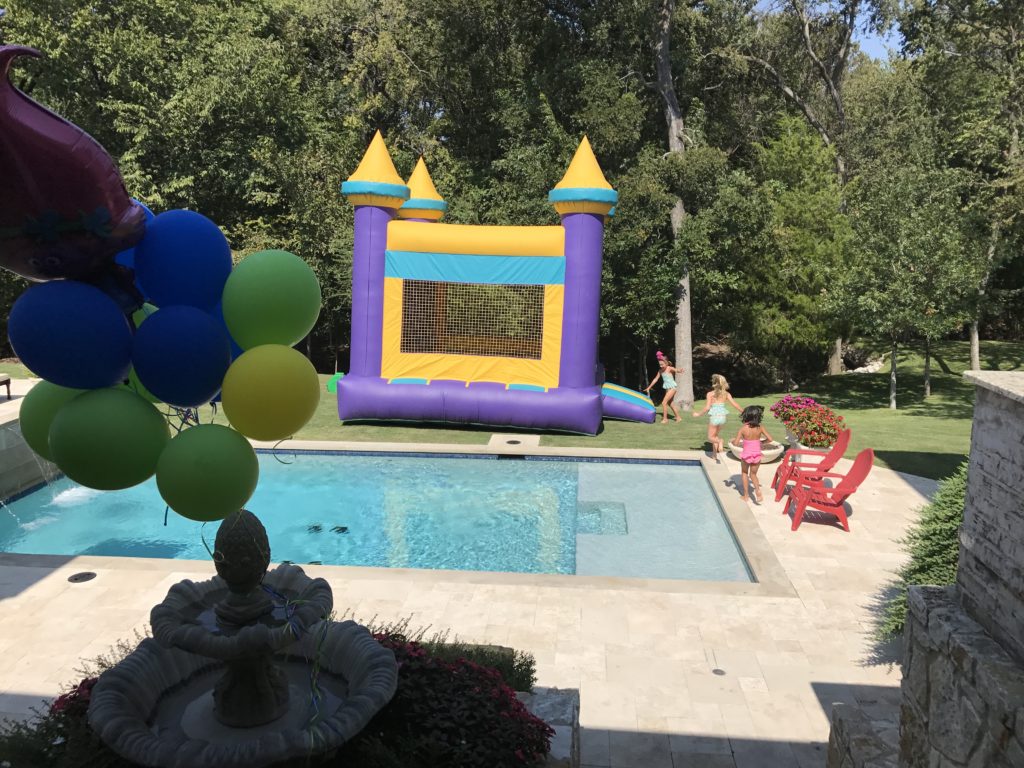 And then her friends started to arrive (along with our family!) and the fun began! 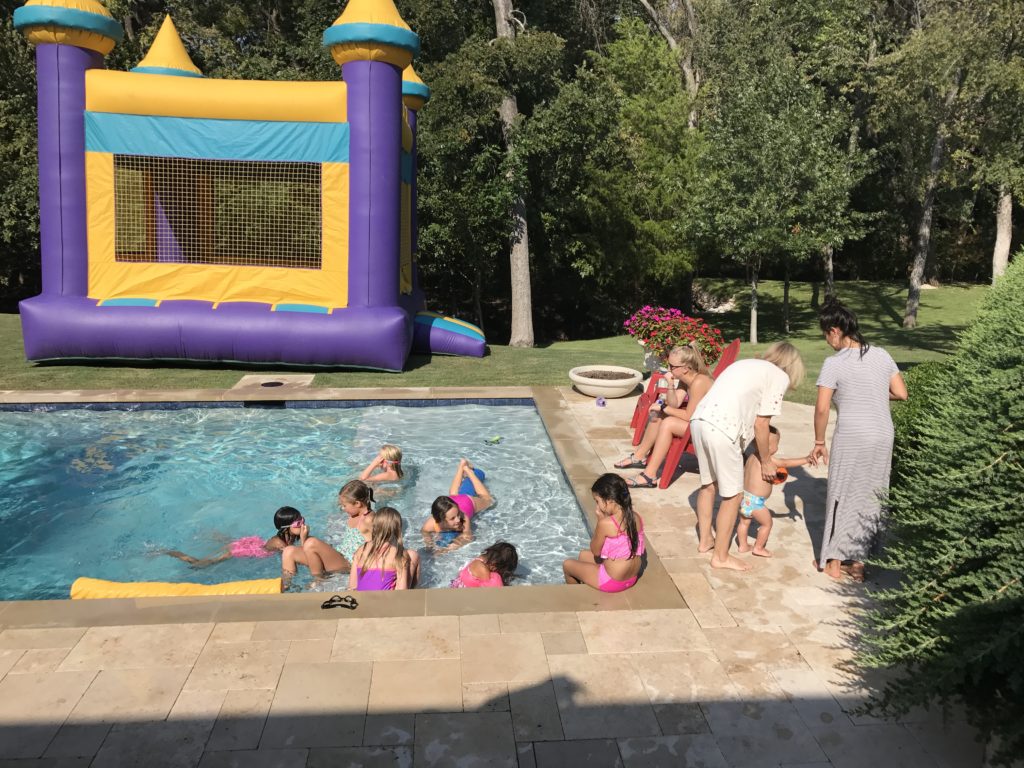 Everyone was having fun!!  (And because you can’t be too safe, I asked a lifeguard we know at our church to come and keep her eyes on the pool at all times.) 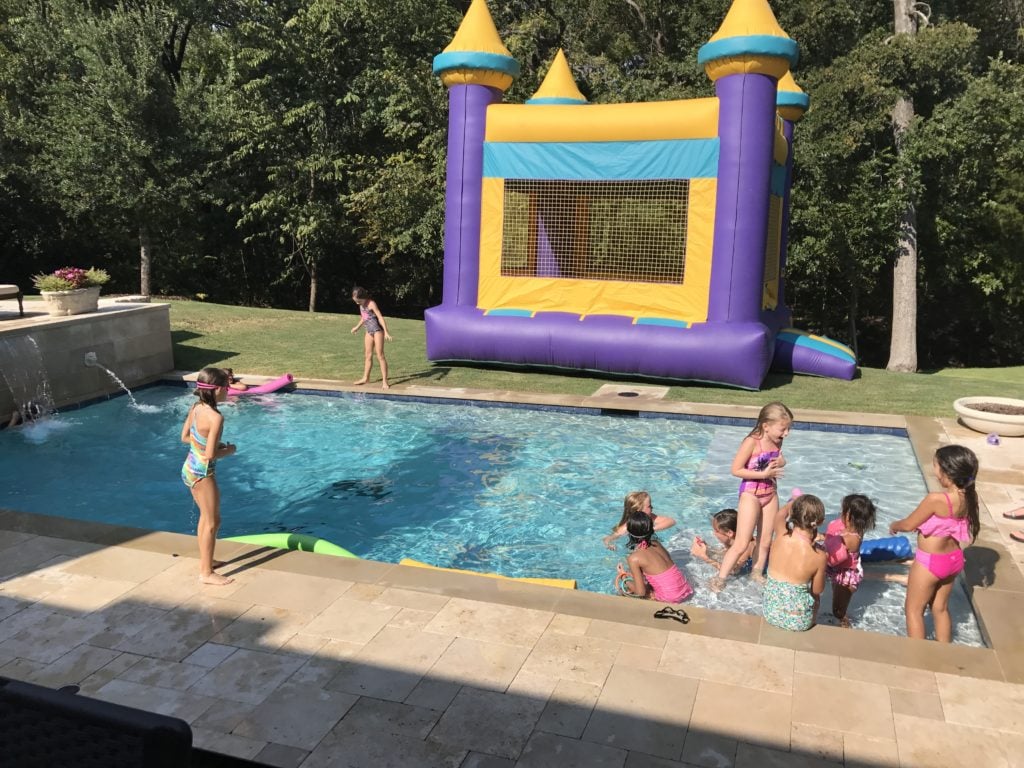 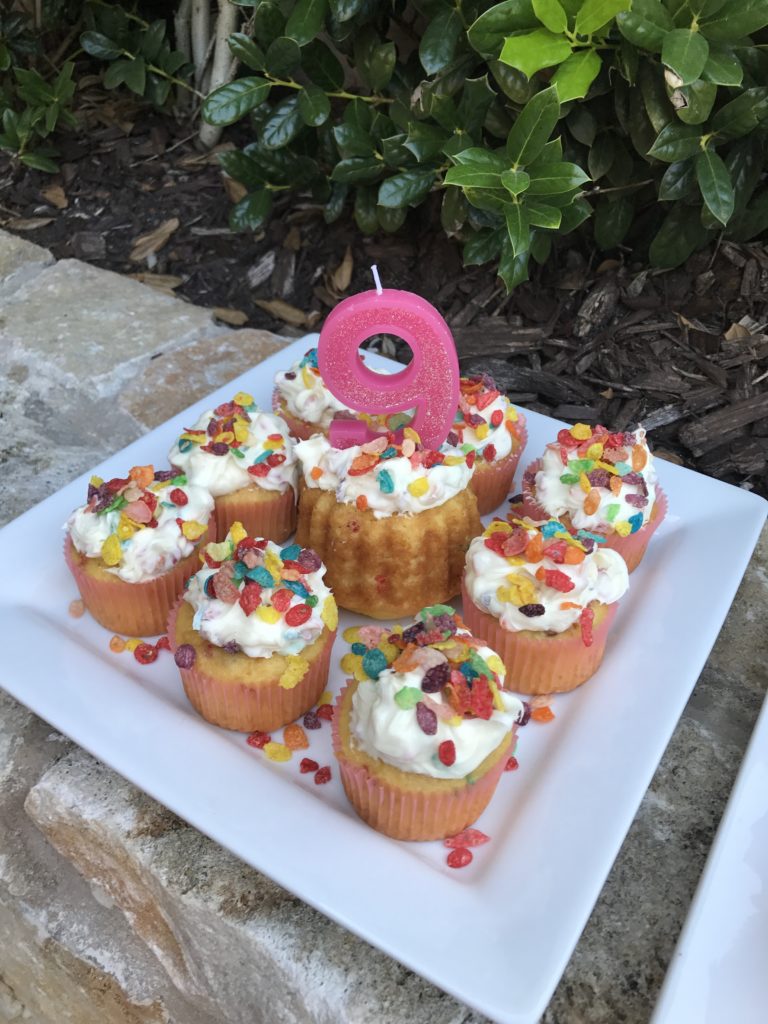 Kensington has requested my Fruity Pebbles Bundt Cake for her dessert (after we ate pizza), so I made her a mini bundt cake and everyone else cupcakes.  I you want to modify the original recipe, then bake cupcakes about 18 to 20 minutes or mini bundt cakes about 20 to 22 minutes. 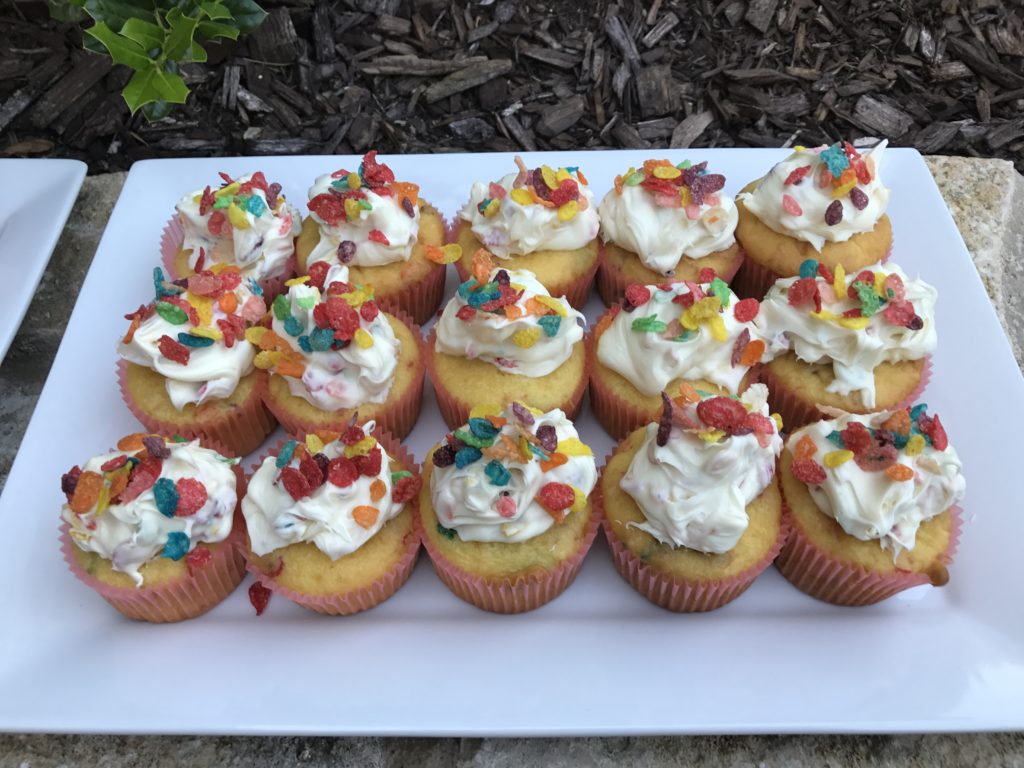 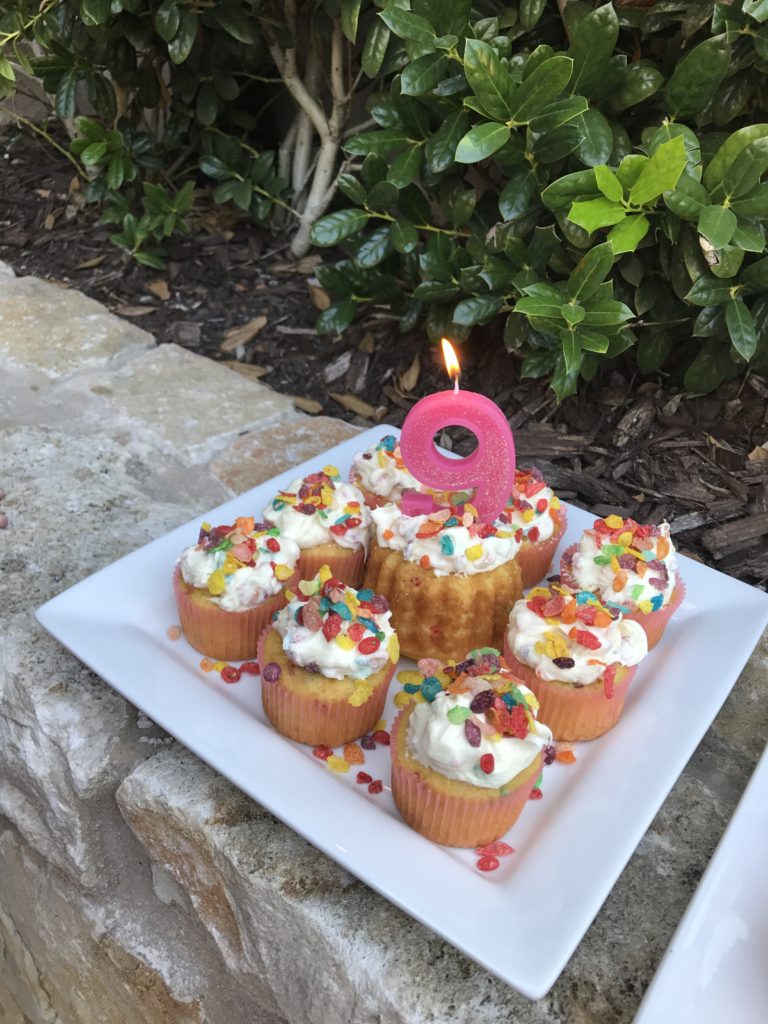 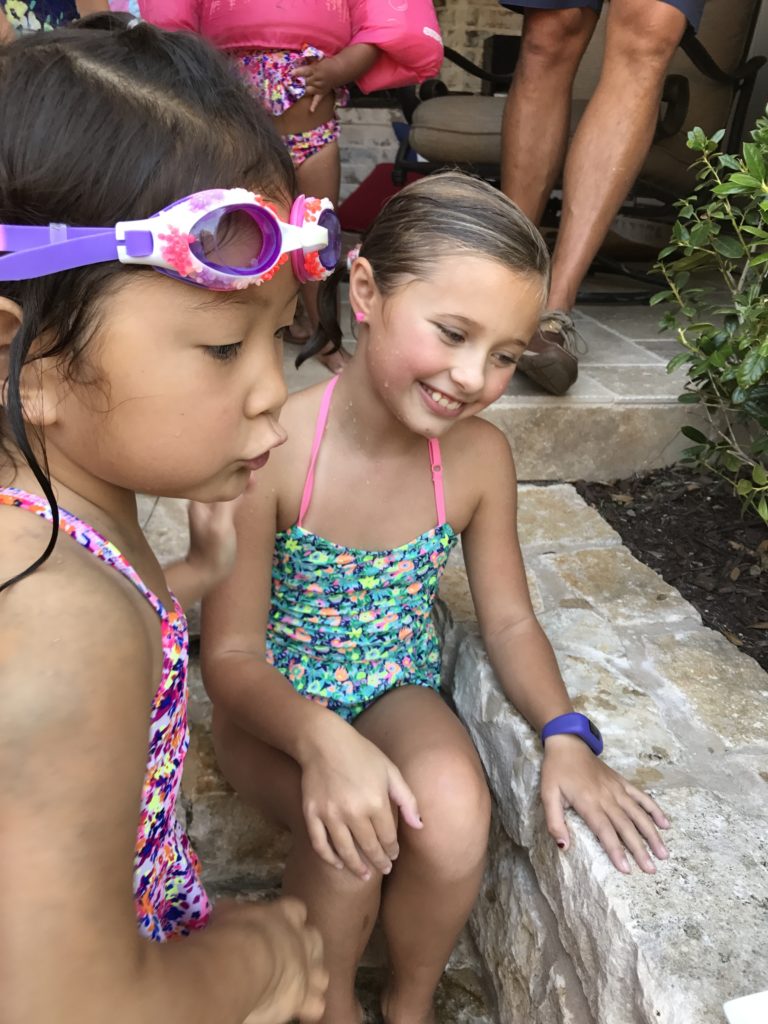 Her smile!!  She was having the best time! 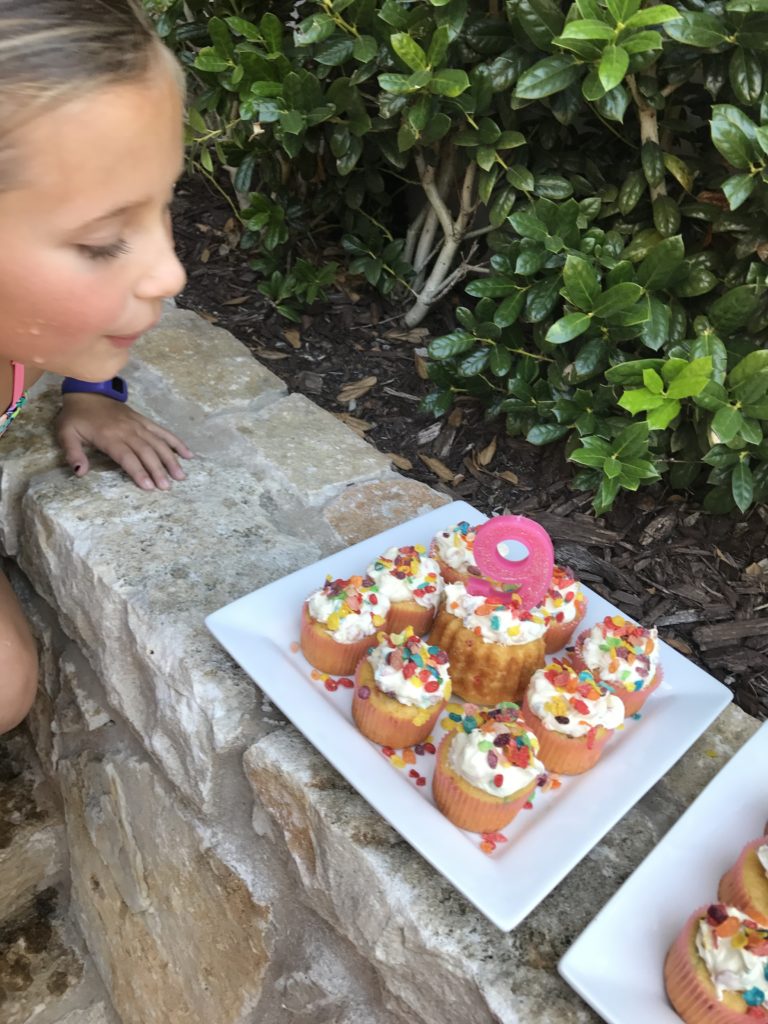